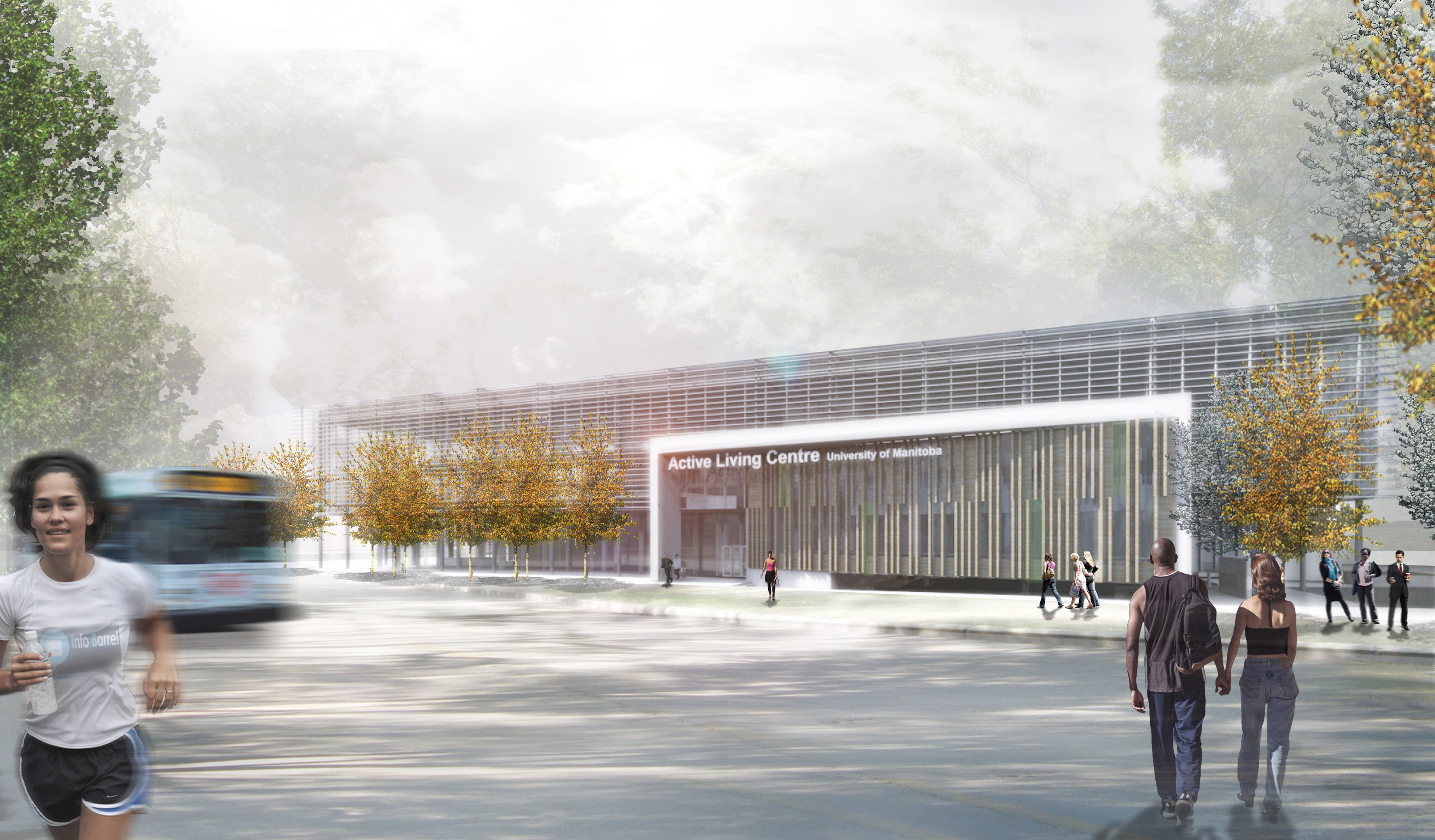 The University of Manitoba's Active Living Centre officially opened on Tuesday, 7 April 2015. At this time Winnipeg Mayor Brian Bowman stated: “This new state-of-the-art fitness facility is a game-changer not only for U of M students and Bisons athletes.” The facility is located adjacent to the earlier Frank Kennedy Recreation Centre, whose services it supplements and vastly increases. The project was begun in 2009 and completed at a cost of $59.3 million. Cibinel Architects, in collaboration with Batteriid Architects (Iceland) designed the new facility to strongly contrast with the existing centre. The design objective was to engage the public at both a pedestrian and vehicular scale, support existing campus flows and increasing connectivity at the Fort Garry campus.

To achieve these goals, instead of a windowless construction, the Active Living Centre has an extroverted focus, with a highly transparent façade. A large public atrium and fully glazed facade will allow views of the activities within the space and will connect members visually to nature and to the rest of the campus. An inward slant on the building's south wall welcomes visitors, echoing the detailing of Batteriid Architects' 1998 addition to the Icelandic Parliament in Reykjavik.

The Active Living Centre contains more than 100,000 square feet of space; the facility is connected to the Frank Kennedy Centre at three levels. A tunnel also leads to the architecture faculty and from there to the rest of the campus. The Centre also houses areas devoted to applied research.