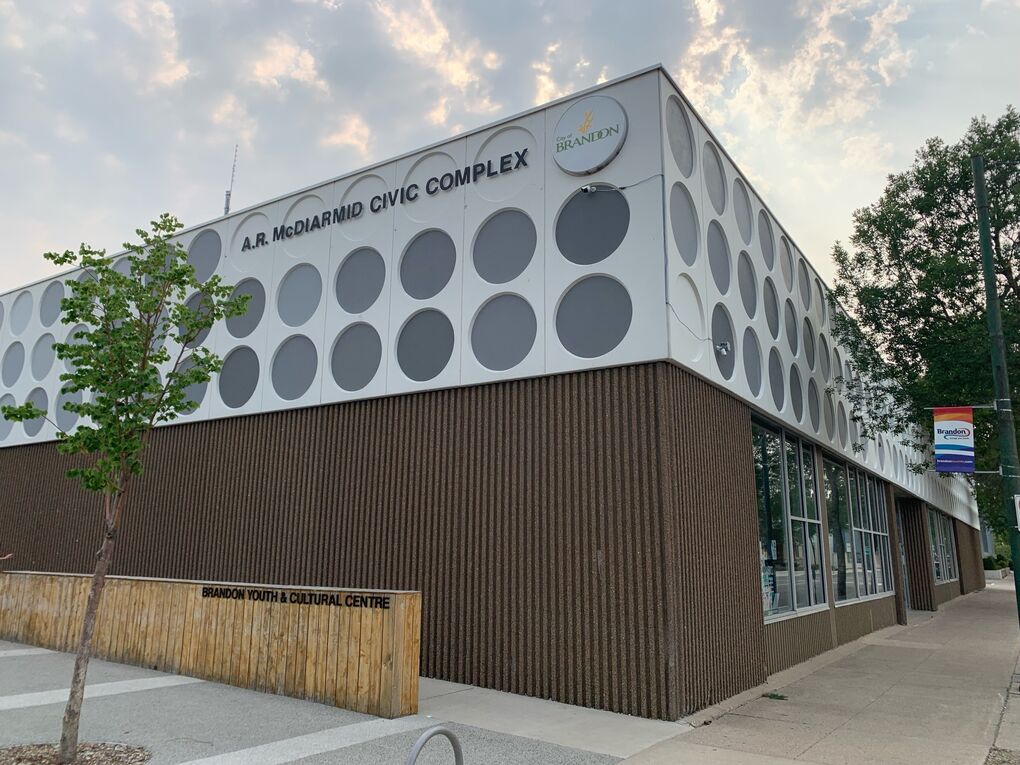 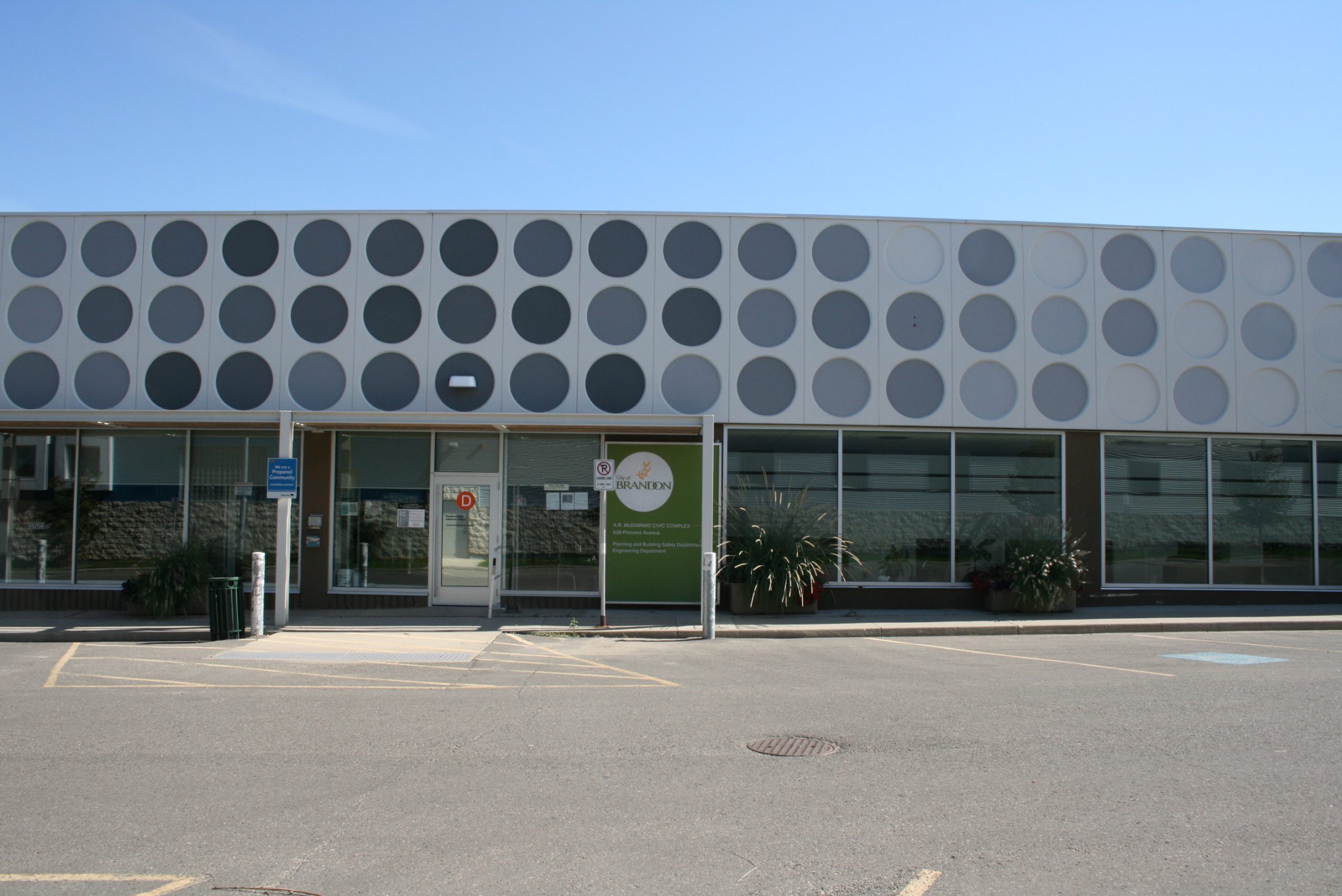 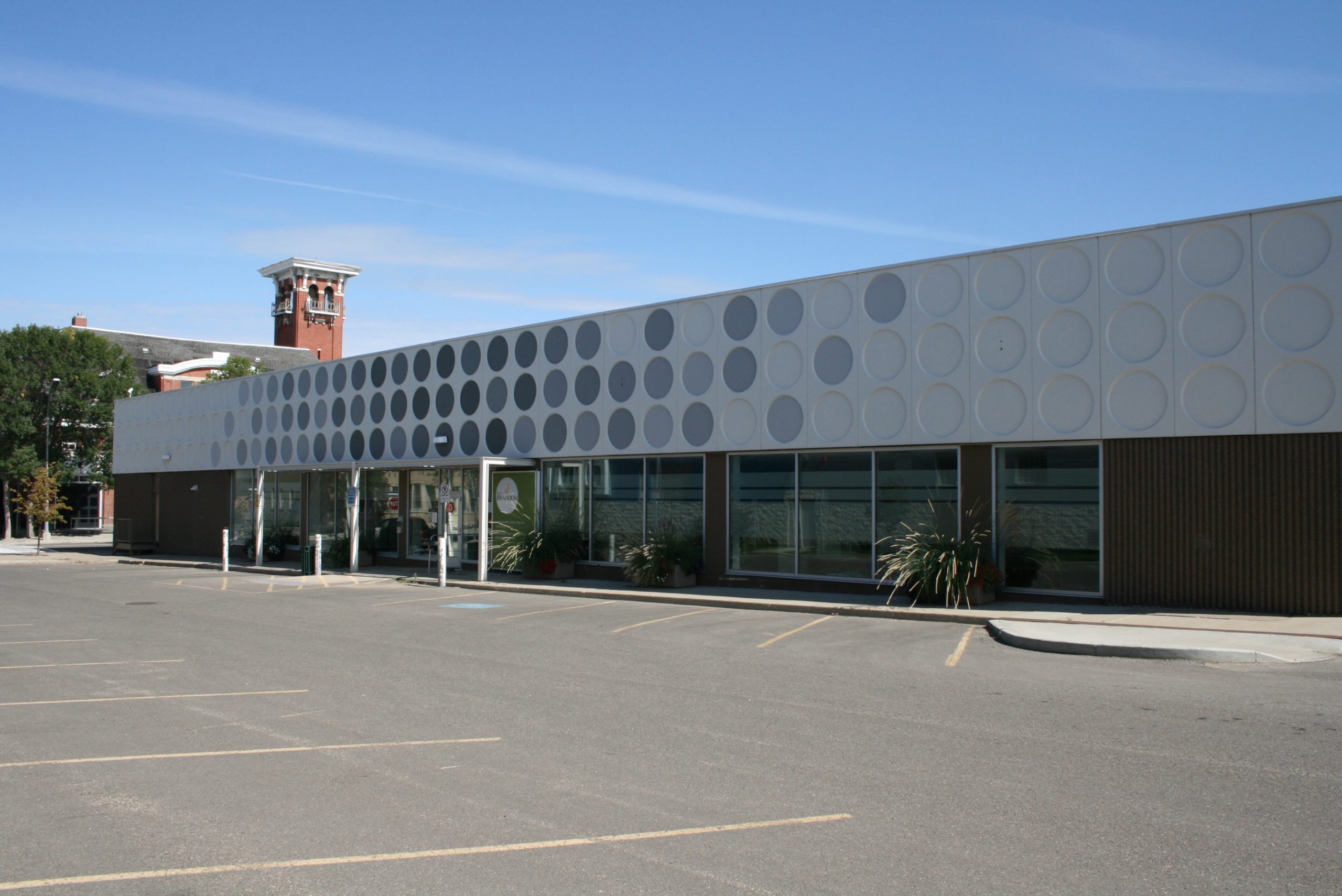 The building is named for Alfred Reginald "Reg" McDiarmid (1878-1944), who was a lumber merchant and later served as Mayor of Brandon in 1919. The site originally was a lumber yard and later,in 1967, became a shopping centre with a Co-op grocery store and hardware.

In 2014, 1X1 architecture designed a rehabilitation of the building. The renovation consolidated the various branches of the City of Brandon’s Department of Engineering, Planning and Community Services and also accommodated a back-up 911 Call Centre and a new youth/cultural centre. This has provided much-needed space for the delivery of a community-based youth and cultural program.

This conversion involved exterior improvements, such as a new entrance canopy, floor-to-ceiling windows, building signage, landscaping and paint scheme. It also involved extensive interior modifications including a complete reconfiguration of interior partitions, new washrooms, millwork, finishes throughout, and a complete rework of the mechanical and electrical systems.

The design of the new facility takes maximum advantage of existing window openings through careful arrangement of open office areas. Light coloured finishes and ample lighting, combined with natural wood provide a bright and pleasant environment. Materials were selected for their durability in a heavy-use institutional environment.