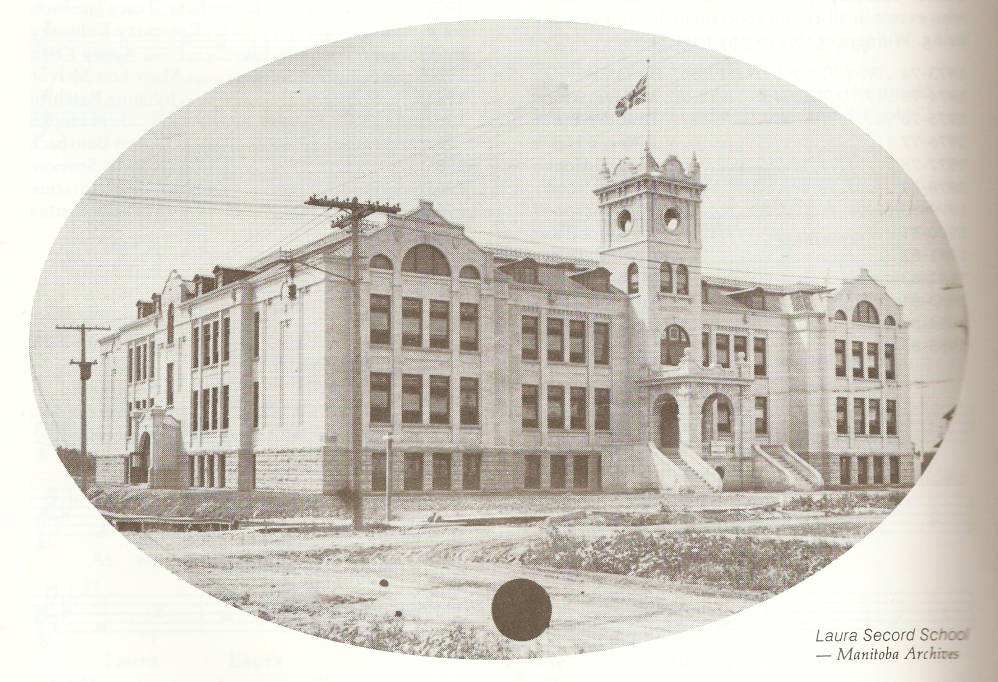 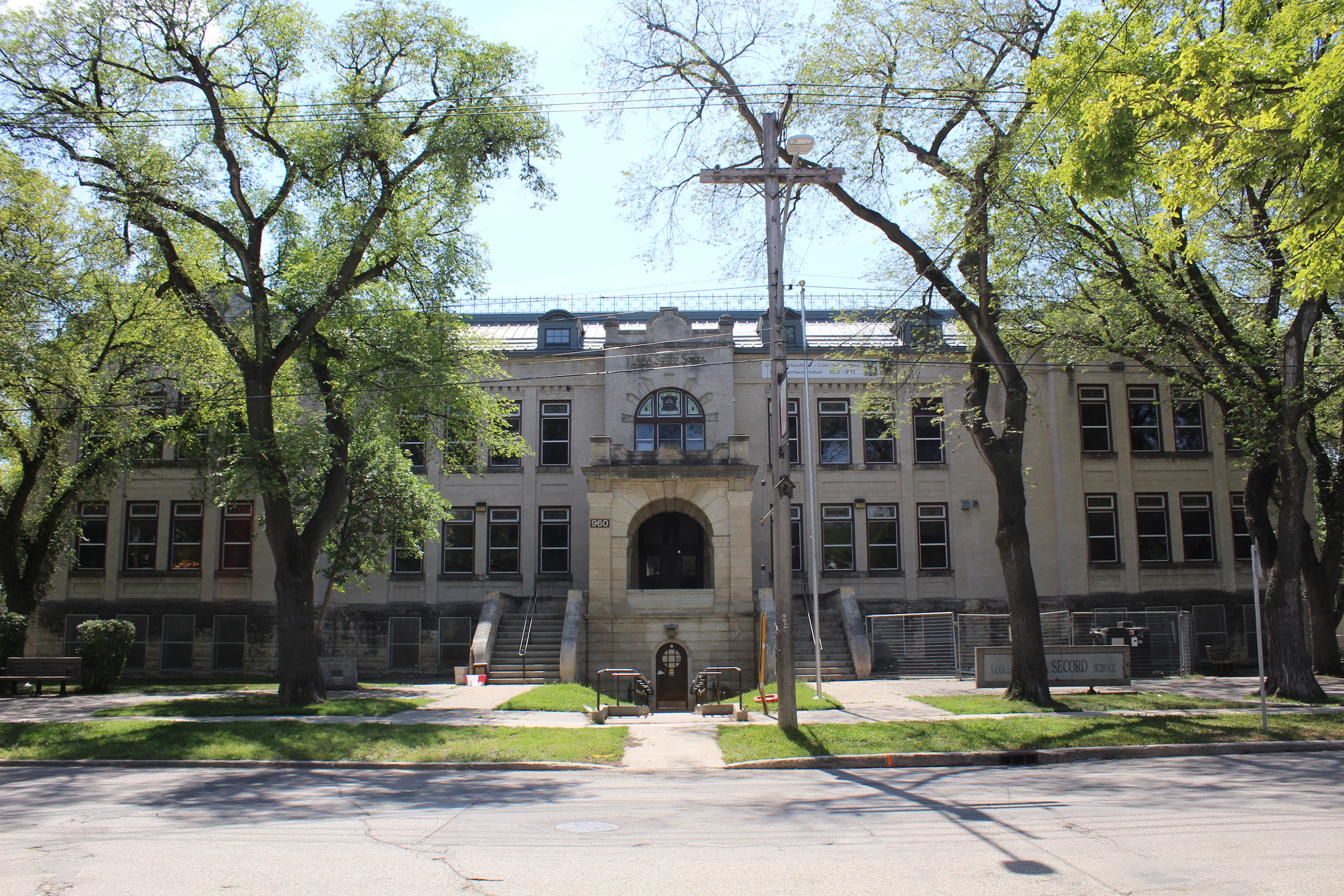 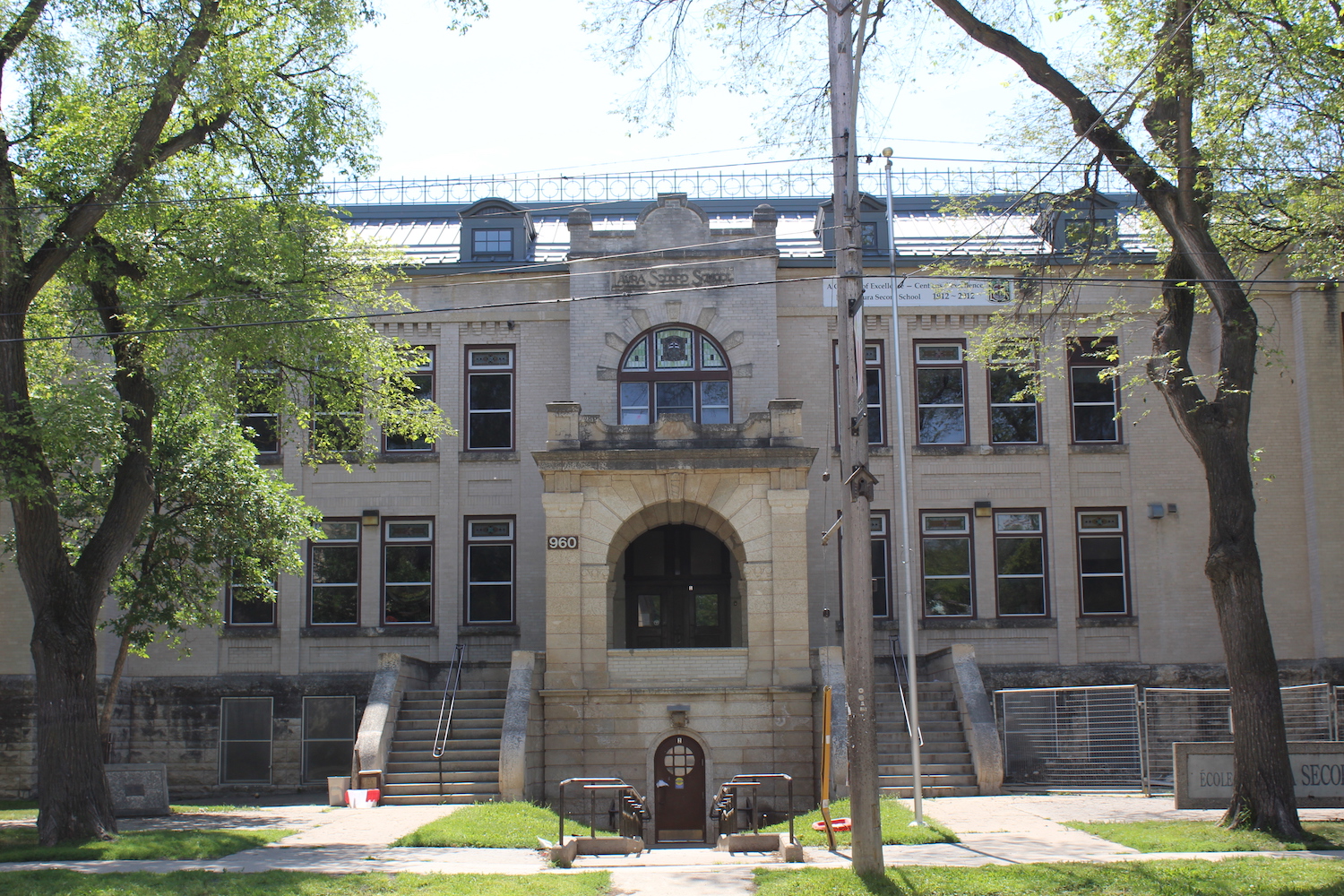 Laura Secord School was constructed between 1912-1913 and was designed by architect J. B. Mitchell. The school officially opened in December 1913 with Laura Secord’s granddaughter, Mrs. Isaac Cockburn, present at the official opening ceremony. At the time Laura Secord was built, there was still a push to get children to attend school, as compulsory education was not legislated in Manitoba until 1916. School trustees believed parents would be more likely to send their children to a public school if the building was well designed and well equipped. Laura Secord School is an example of such efforts.

The school sits two storeys high over a raised basement. It is of reinforced concrete construction with light coloured brick walls that have a limestone trim. Nearly square in plan, the school was built around a large interior courtyard. A concern for fire safety influenced the interior organization of the school significantly. As a result, wide corridors, metallic ceilings, and fireproof staircases were incorporated into the design.

The exterior of the school is well balanced and features careful ornamentation. Large windows provided proper ventilation and daylight for students and staff. Several of these windows are adorned with stained glass. The main facade, which faces Wolseley Avenue, features a projecting portico that is flanked on each side by a staircase. The original design also featured an ornate central tower, which has since been removed.

Laura Secord School is a municipally designated historic site. While alterations have been made to the structure, much of the exterior and interior layout remain original. The school has received two Heritage Awards, one for its 1990 renovation and another for the 2014 replacement of the roof.