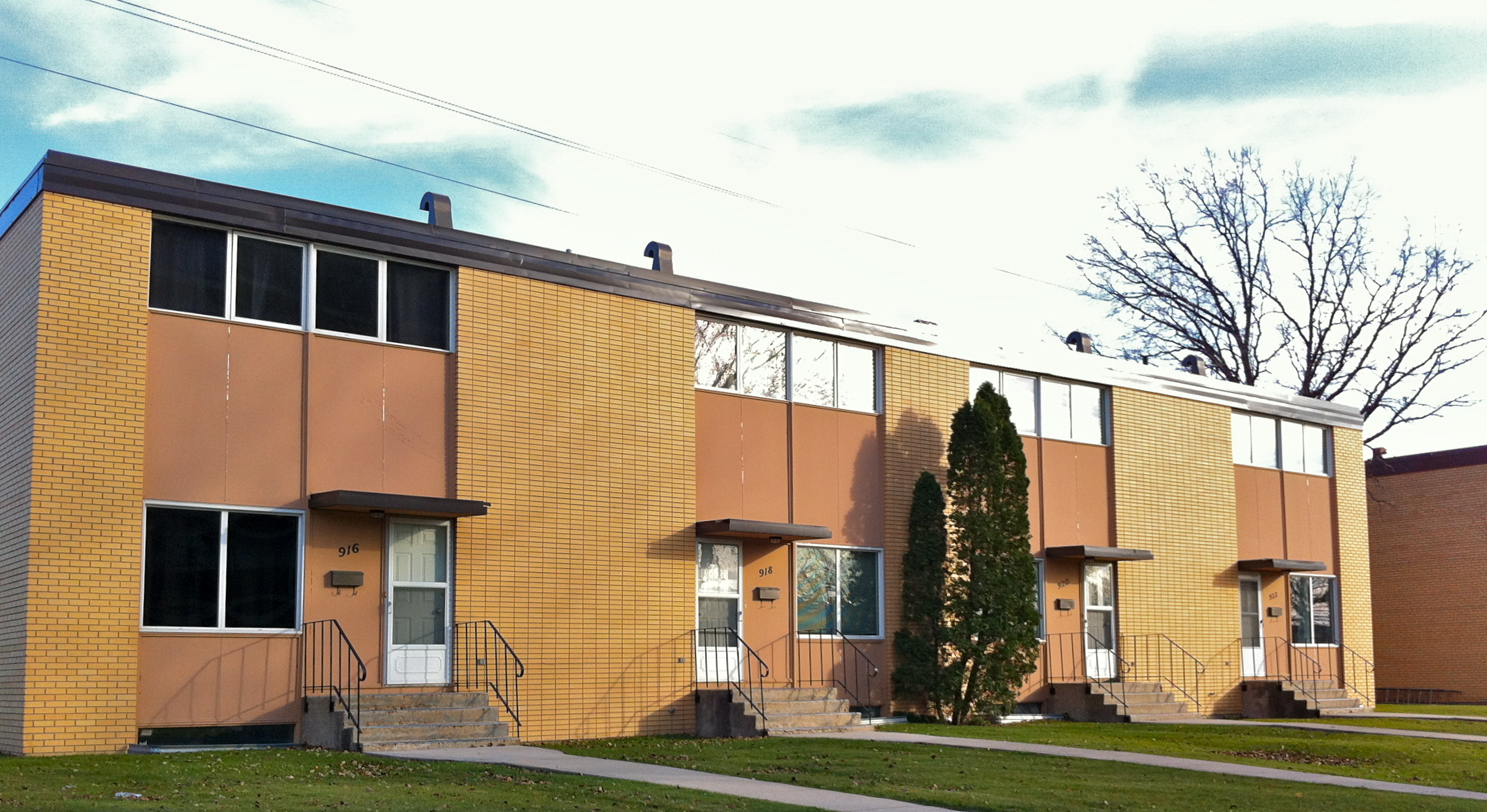 This eight town home complex, comprised of two four-home blocks, is designed in a striking, sharply defined modernist idiom, with a flat roof and extensive unembellished sections of golden brick, panelling and glass. The developer for the project was Leon Brown.Original construction financed through the National Housing Act.