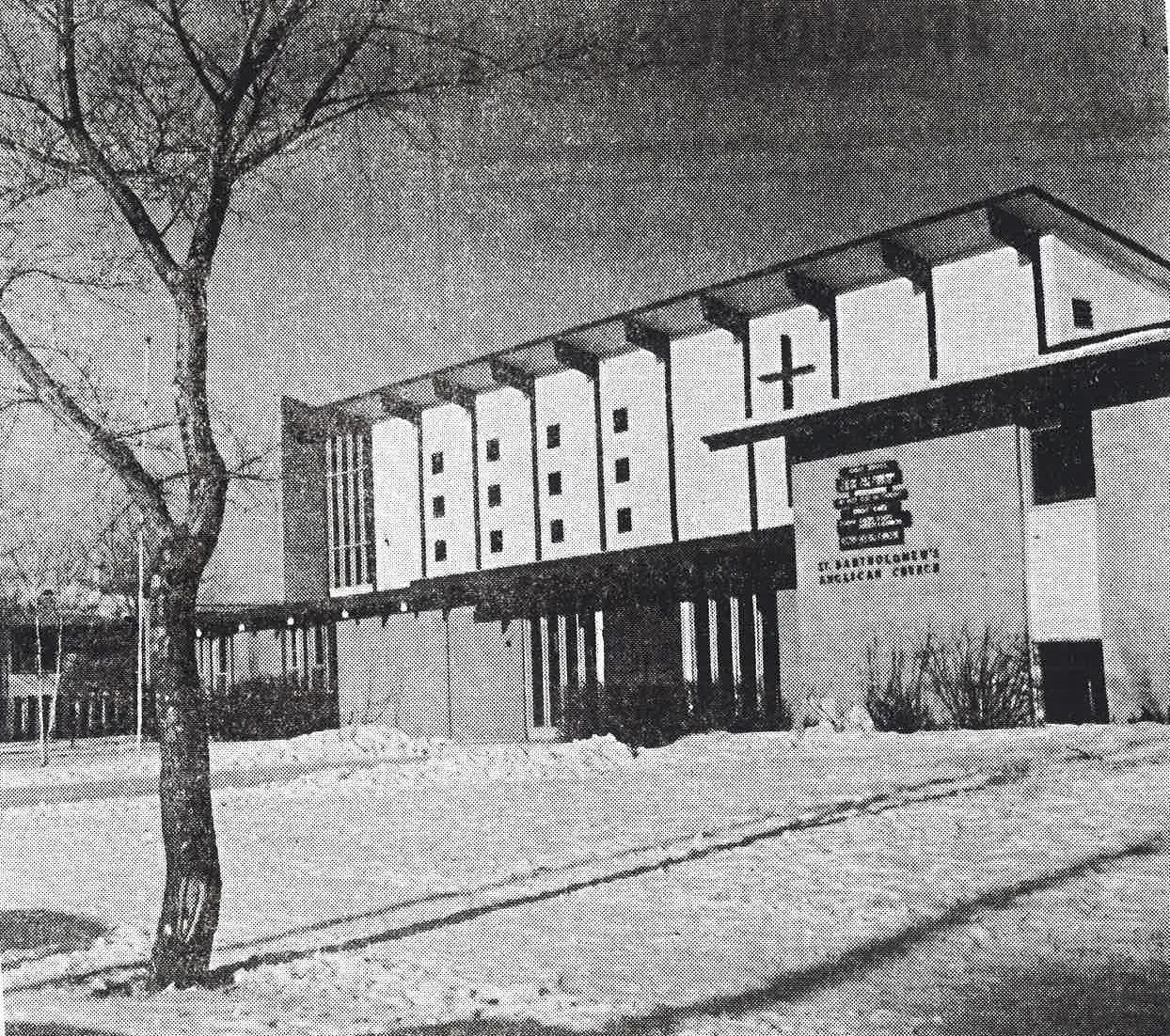 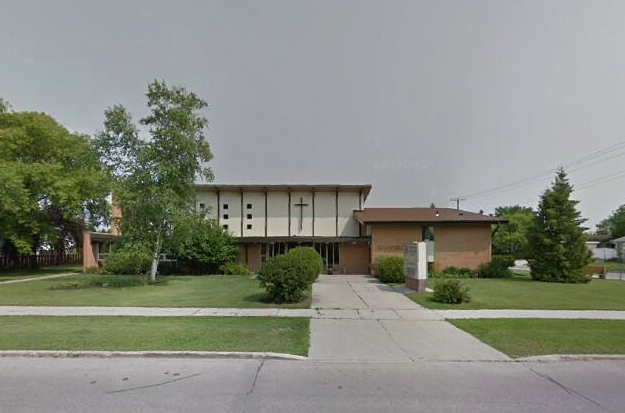 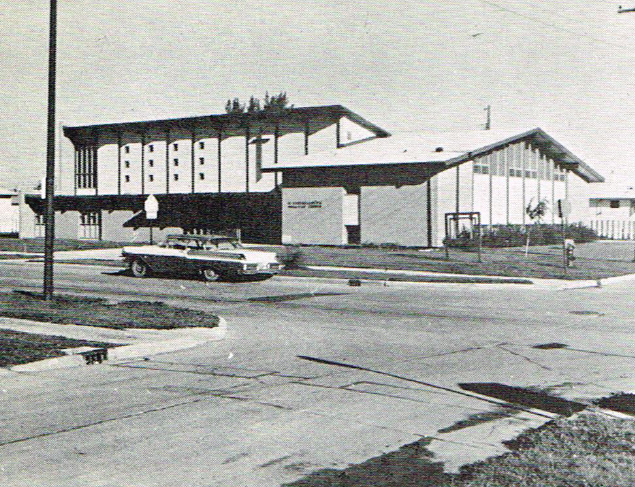 St. Bartholomew Anglican Church was established with the help of St. Philip's Parish in Norwood. The church's formation coincided with the development of the Windsor Park residential area in the late 1950s. The original design was developed by Pratt and Lindgren Architects, while later additions originated from architect Dwight Rupert Johnston. This was the first church on the street designed by Pratt and Lindgren Architects; the second was Windsor Park United at 1062 Autumnwood Drive.

The offer to purchase was accepted on April 16, 1958, and the certificate of title was drawn almost one month later on May 13, 1958. The rectory was located at 871 Autumnwood. Plans for the church building were presented by Pratt and Lindgren Architects on March 31, 1959, with the cornerstone laid November 11, 1959. During construction, services were held in Frontenac School while the parish hall was used for Sunday School and other church activities. Construction on an addition designed by Dwight Rupert Johnston began on October 15, 1963 and was completed in 1964.

St. Bartholomew is characterized by two attached but distinct sections. The more modest east wing, designed by Pratt and Lindgren Architects, consists of pink brick and a simple open gable-style roof. The east facade features rows of tall windows separated from the basement windows by vinyl siding. The structural elements of the building are clearly articulated in its external form, with wooden beams protruding from the side. The original design was planned in two stages, with the aforementioned east wing constructed first, followed by a U-shaped west wing. The west wing, which was never completed, featured a long, narrow white canopied entrance that extended from the east side up to Autumnwood Drive. The white finish is used elsewhere, including the west facade’s curved decorative siding. The most distinctive feature of the planned west wing was its south facade, which featured floor-to-ceiling windows at the bottom of the U and facing onto Autumnwood Drive. This would have given the church two main facades, with the west wing facing onto Autumnwood Drive, and the east wing onto De Bourmont Avenue.

The reason for cancelling the original Pratt and Lindgren-designed west wing is unclear. With a capacity for only 182 people in the east wing parish hall, it is possible that the planned west wing was changed to add a hall for 210 people in order to accommodate Windsor Park’s growing population. The west wing, with its exposed beams, forms a slanted roof with a south elevation. Floor-to-ceiling windows feature prominently, where their form carries through to the second floor. The white stucco of the second floor contrasts with the pink brick of the lower level. Smaller block windows fitted with red, blue, and orange glass are also featured on the second floor, placed off-centre in disconnected stacks of three (a feature not included in the original sketch). These coloured windows are used on the north side windows as well, fitted within floor-to-ceiling windows. Inside the church, these coloured windows are fitted within wood screens, separating the nave from the narthex. At the rear of the sanctuary is a balcony, which serves as the choir screen, and is decorated with wood squares in the metal railing that replicates the form of the coloured windows. Ultimately, this design for the west wing, from Dwight Rupert Johnston, was built instead of the design by Pratt and Lindgren Architects.