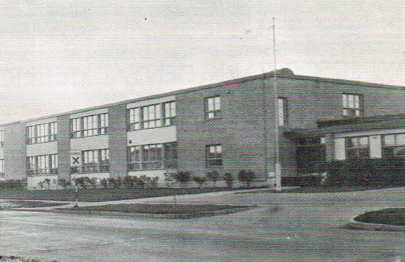 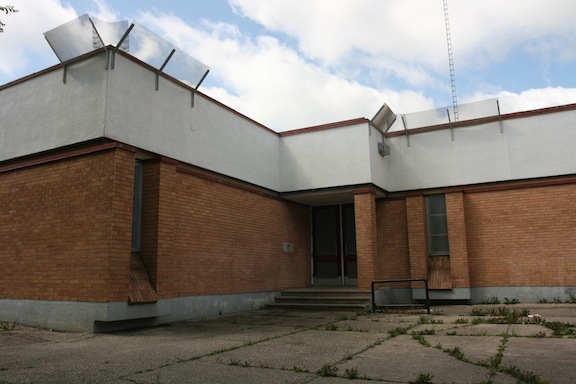 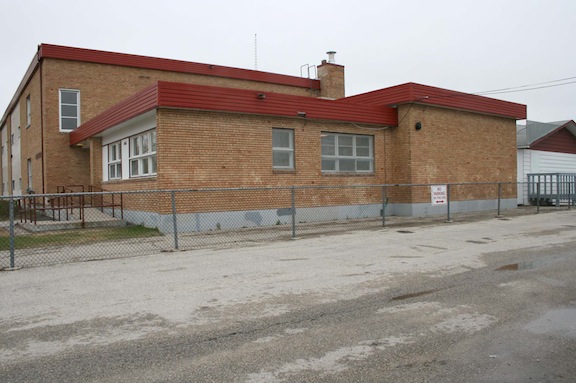 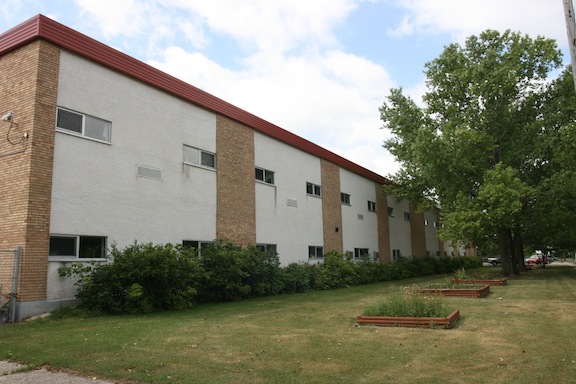 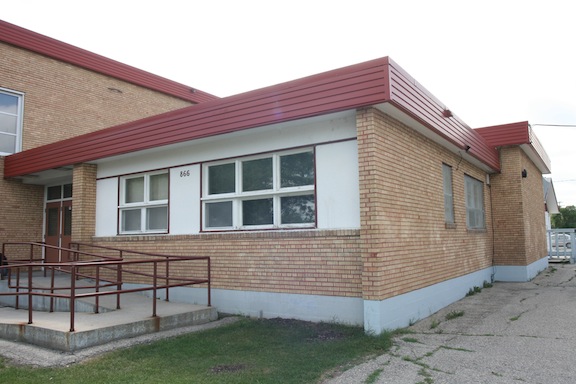 Frontenac School, opened on August 29, 1957, was based on a design by architects Zunic and Sobkowich. It was originally built as a 12-room school to accommodate 350 pupils, at a cost of $165,000. However, rising enrolment (3,500 students in St. Boniface schools in 1957) lead some to speculate that a new high school would have to be built in Windsor Park within a few years to accommodate the population surge. This problem was exacerbated by the development of Niakwa Park, for which Frontenac also served as catchment. Additional classrooms were added on the south end in 1959, a gym was added in 1964, and additional spaces were added in 1970. These changes increased capacity to 420 students. Plans for the 1956, 1959, and 1964 developments were done by architects Zunic and Sobkowich, while the 1970 addition was designed by Ward McDonald Cockburn McLeod and McFeetors.

The original facade was mid-brown brick with a large number of windows that have unfortunately since been filled in with stucco. The one-story entrance on the east side, however, remains largely original. The red trim used along the roofline is consistent with the colour of the red mortar used between the brickwork. The 1956 and 1959 sections are seamless across the front of the school, while the latter two additions are concealed behind the building.