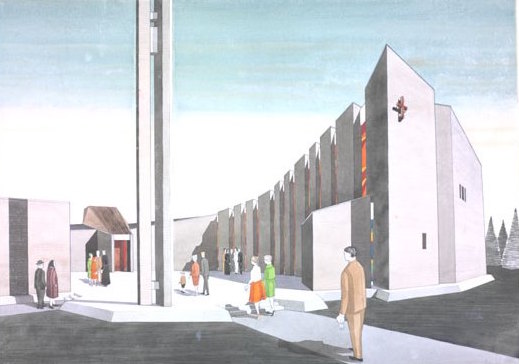 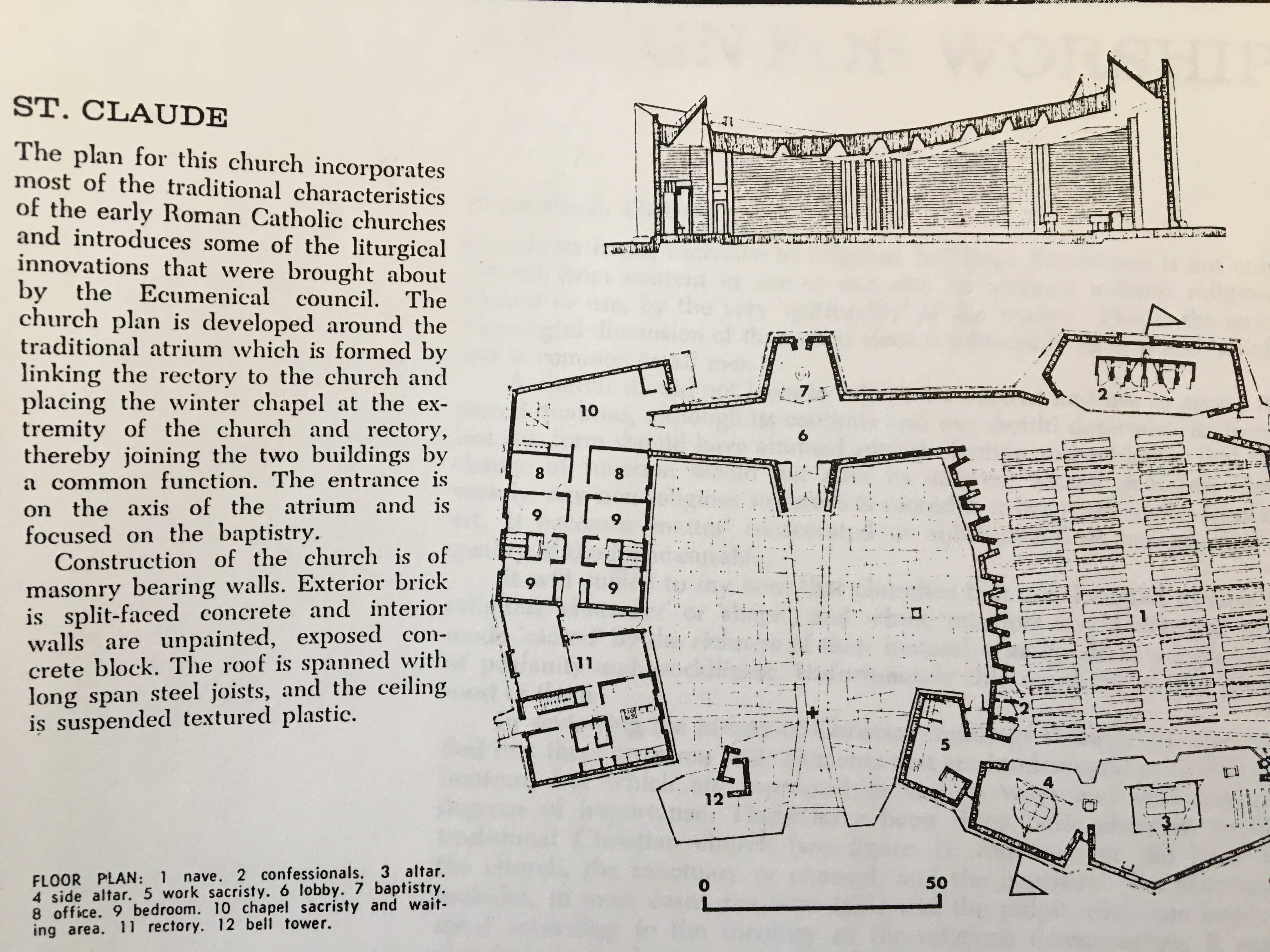 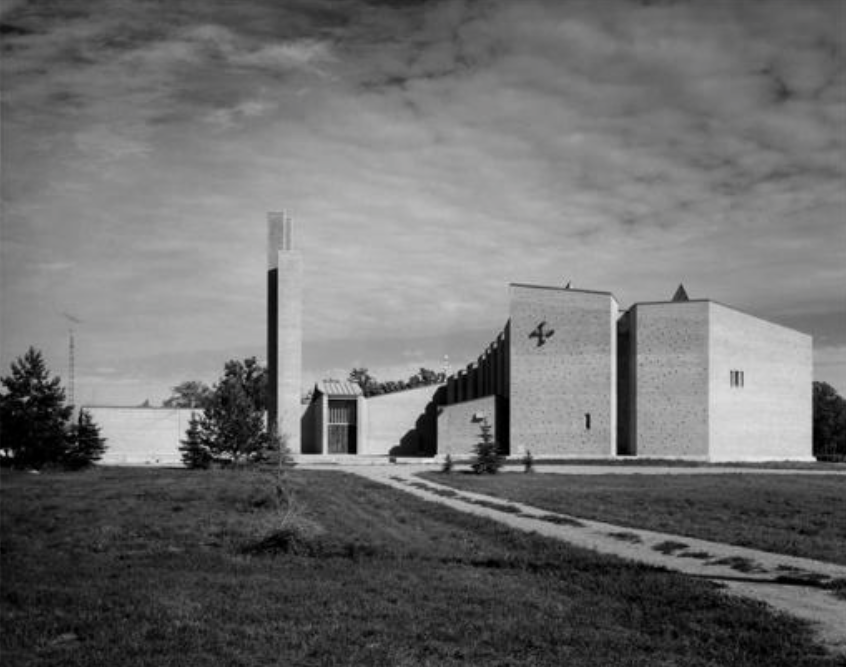 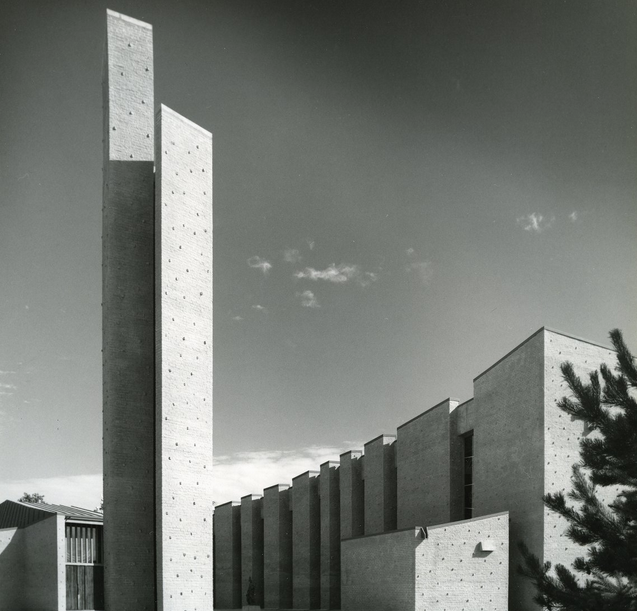 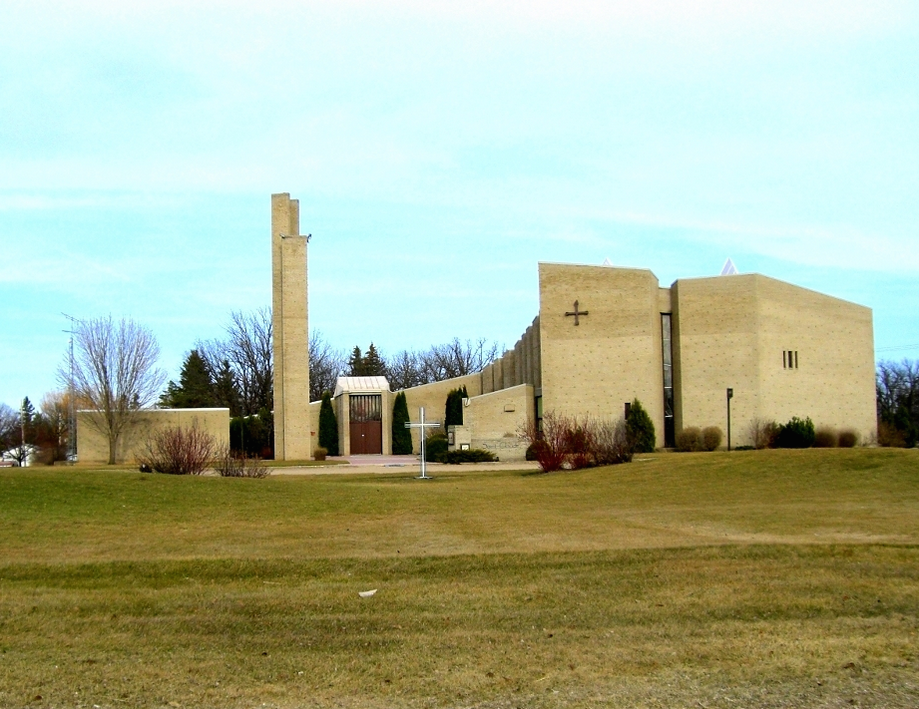 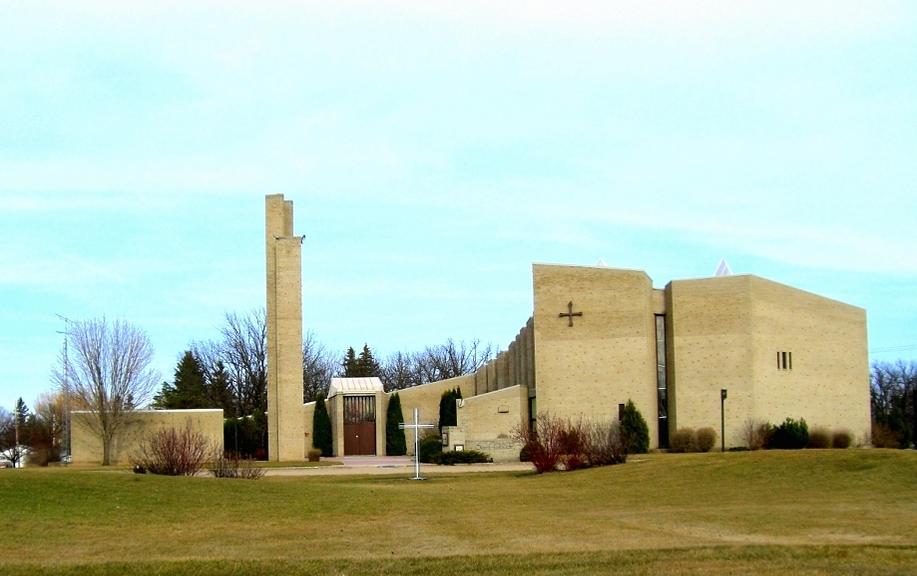 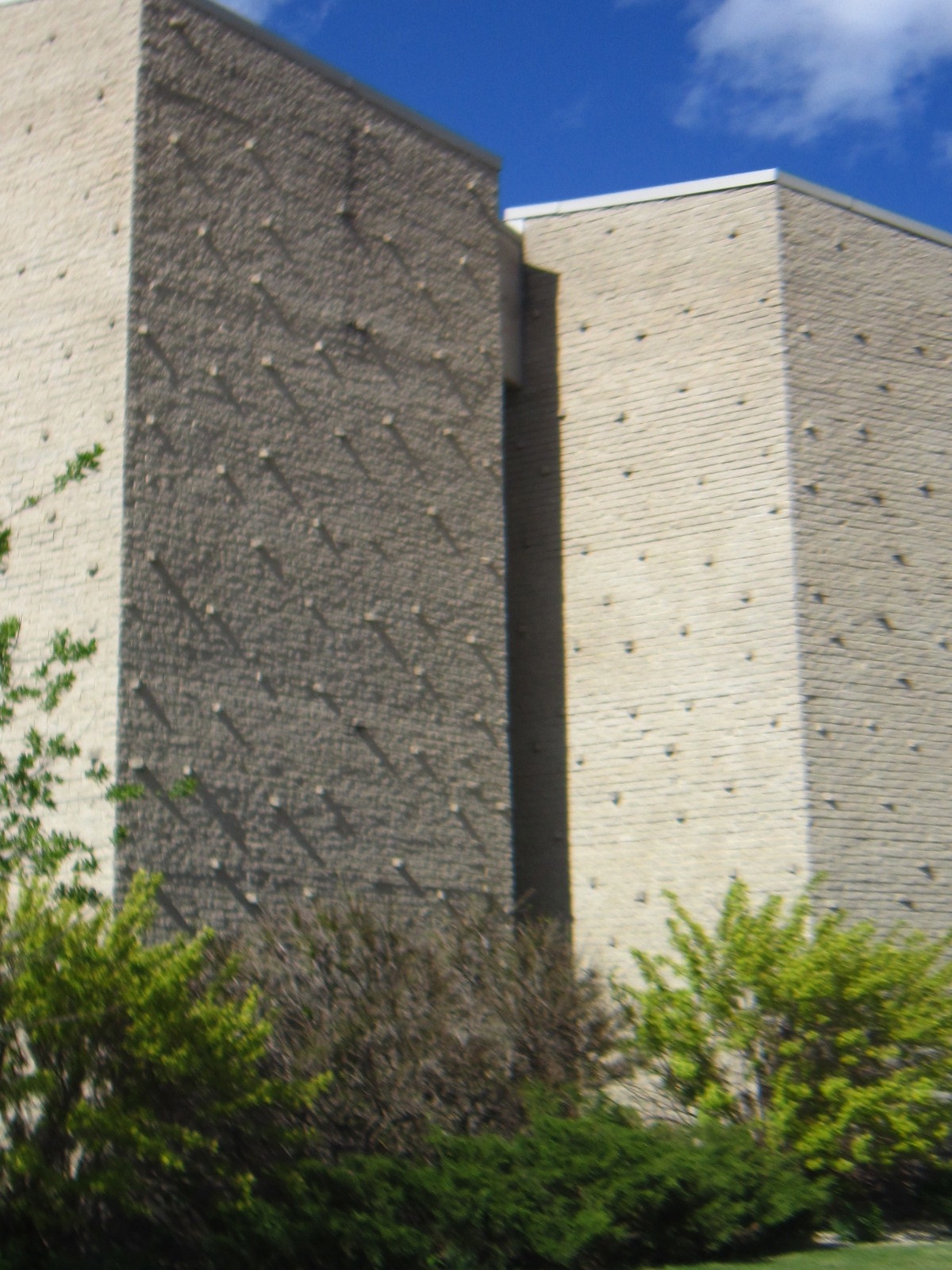 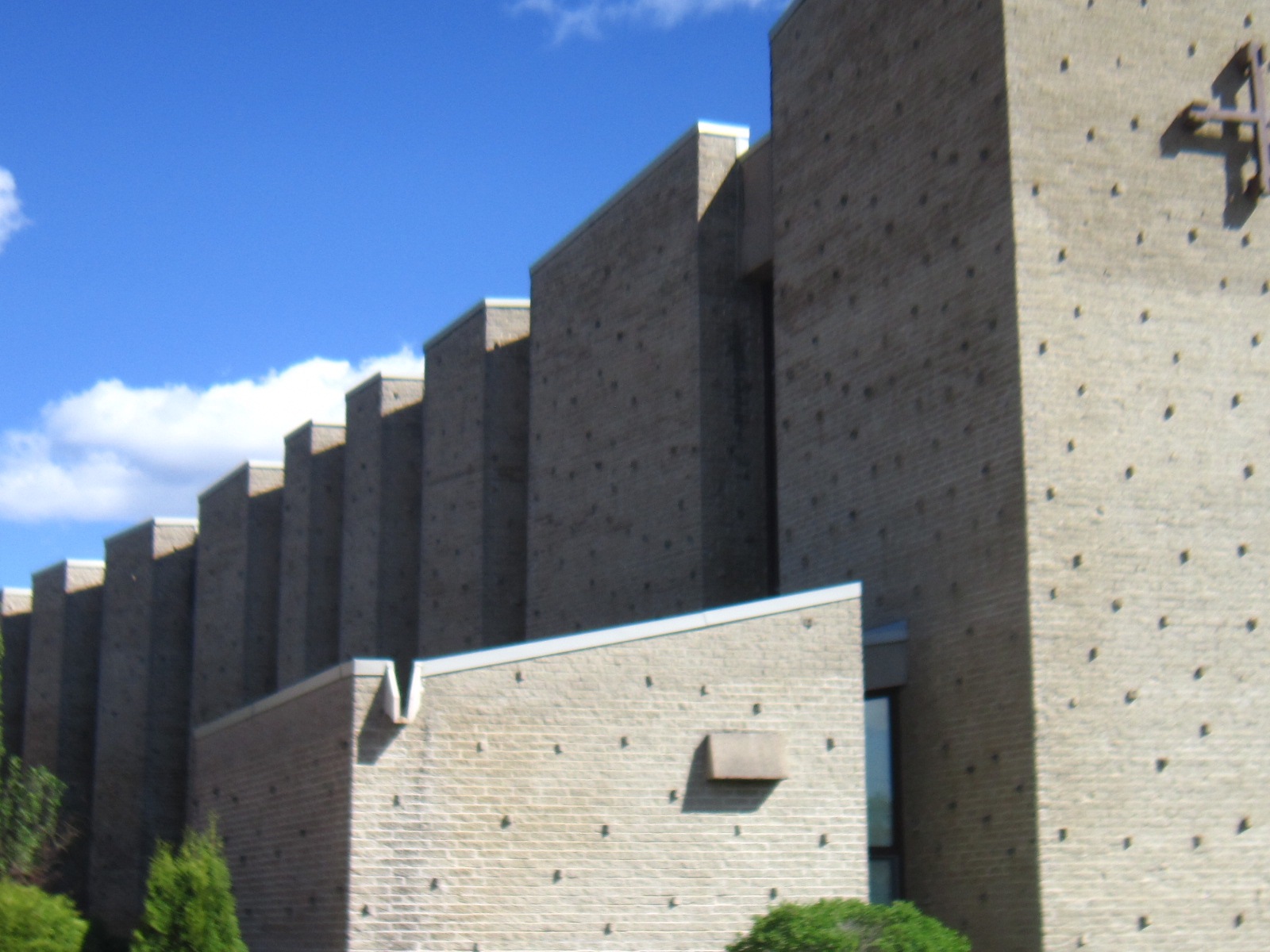 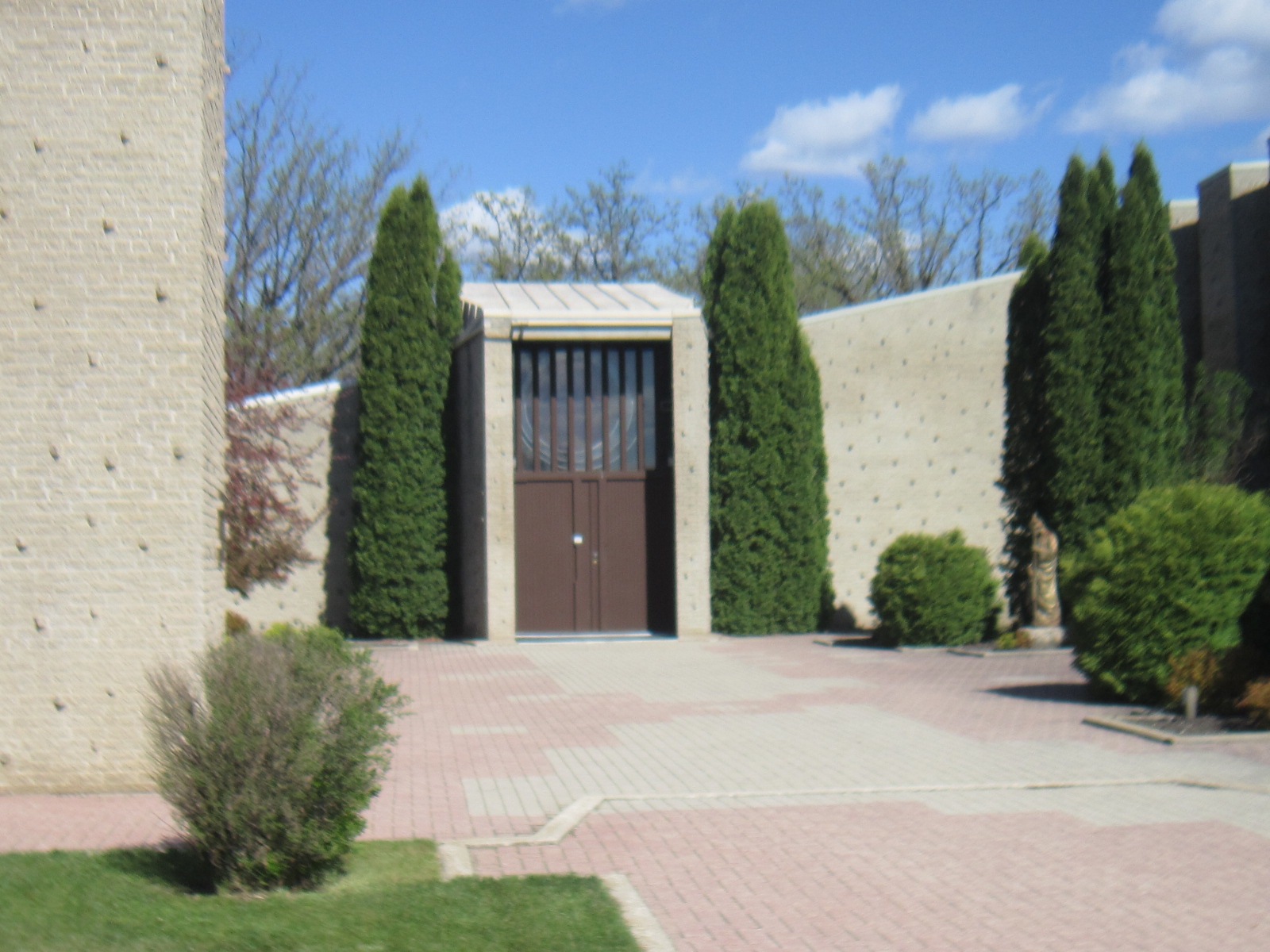 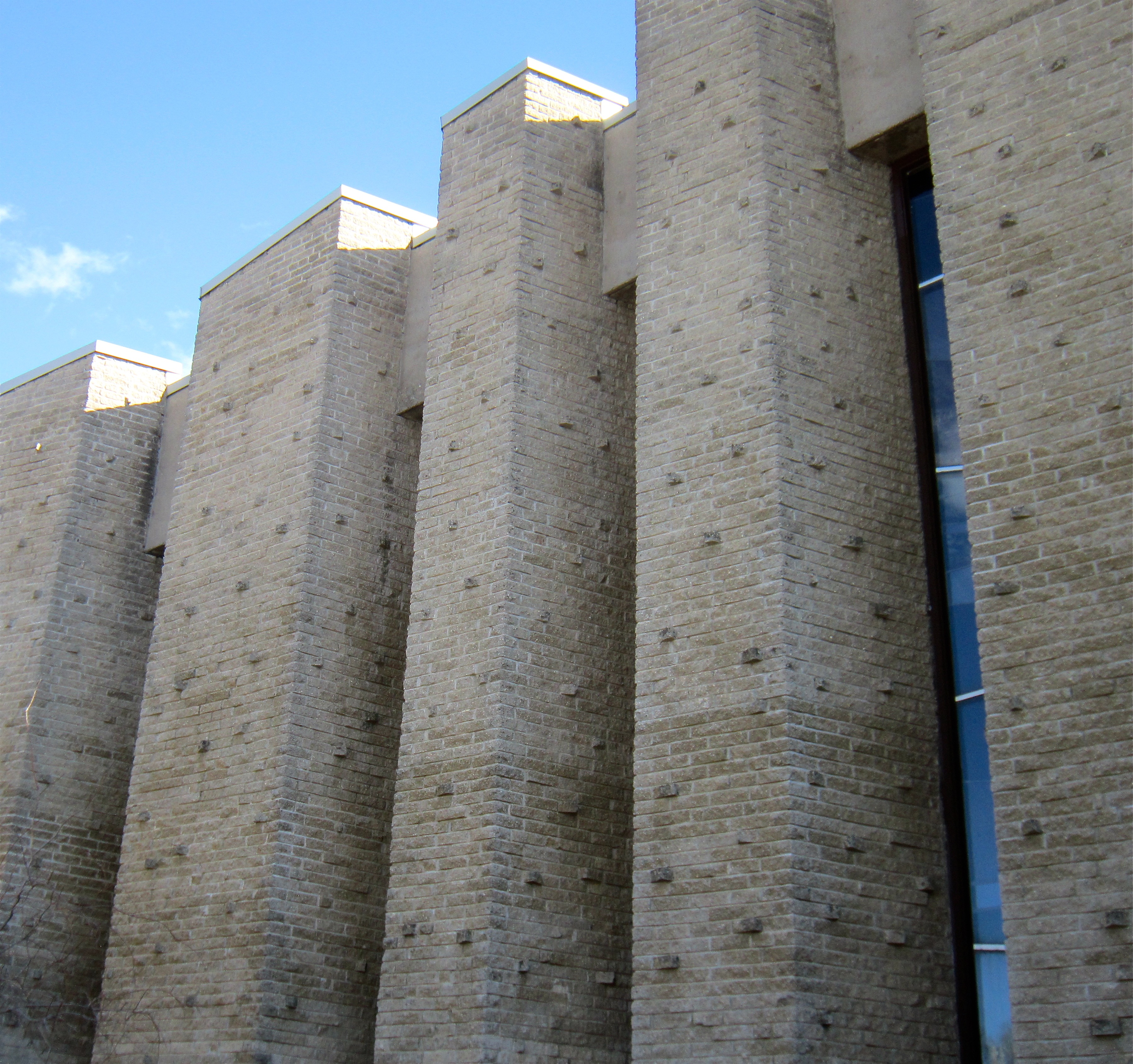 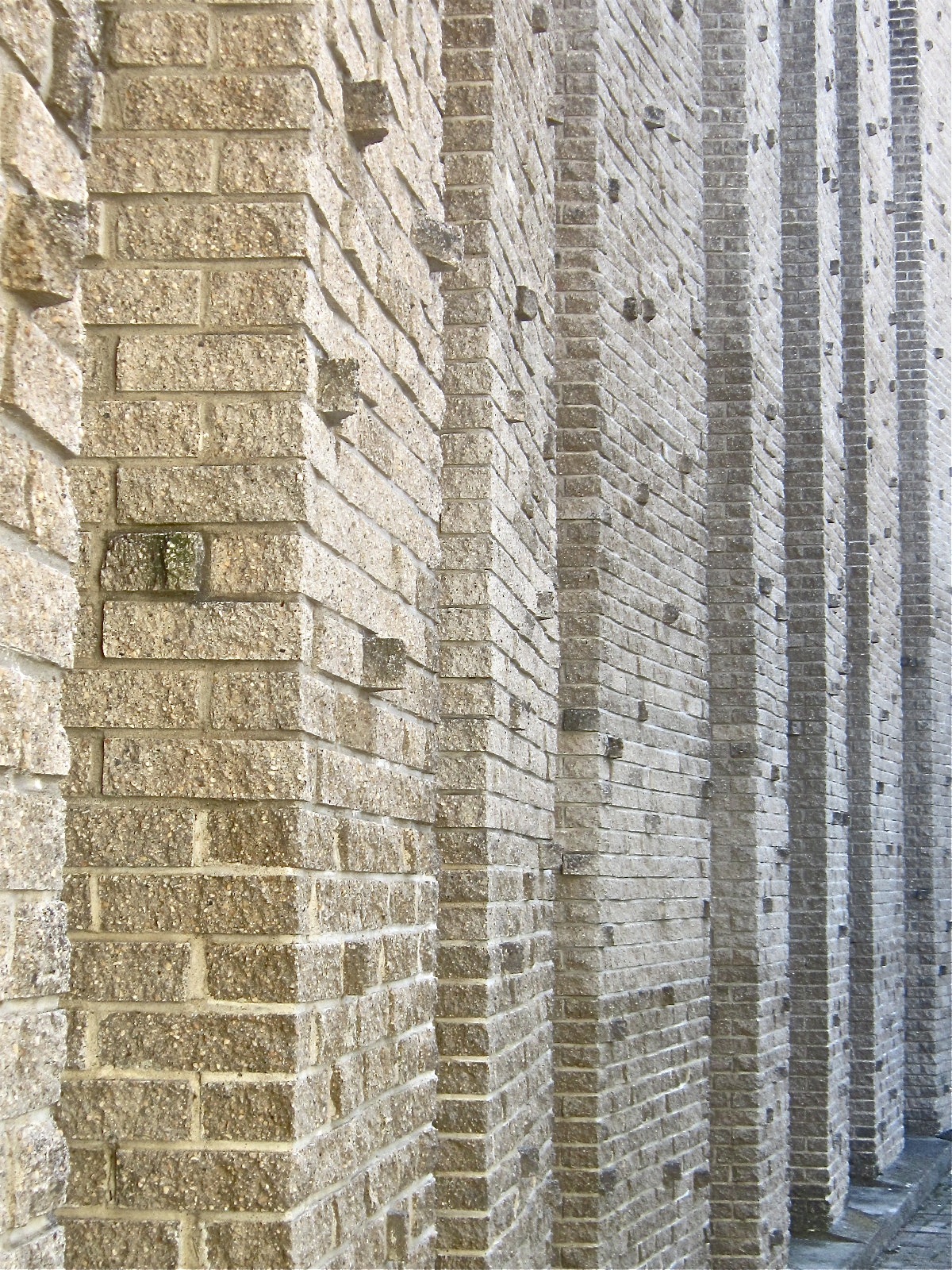 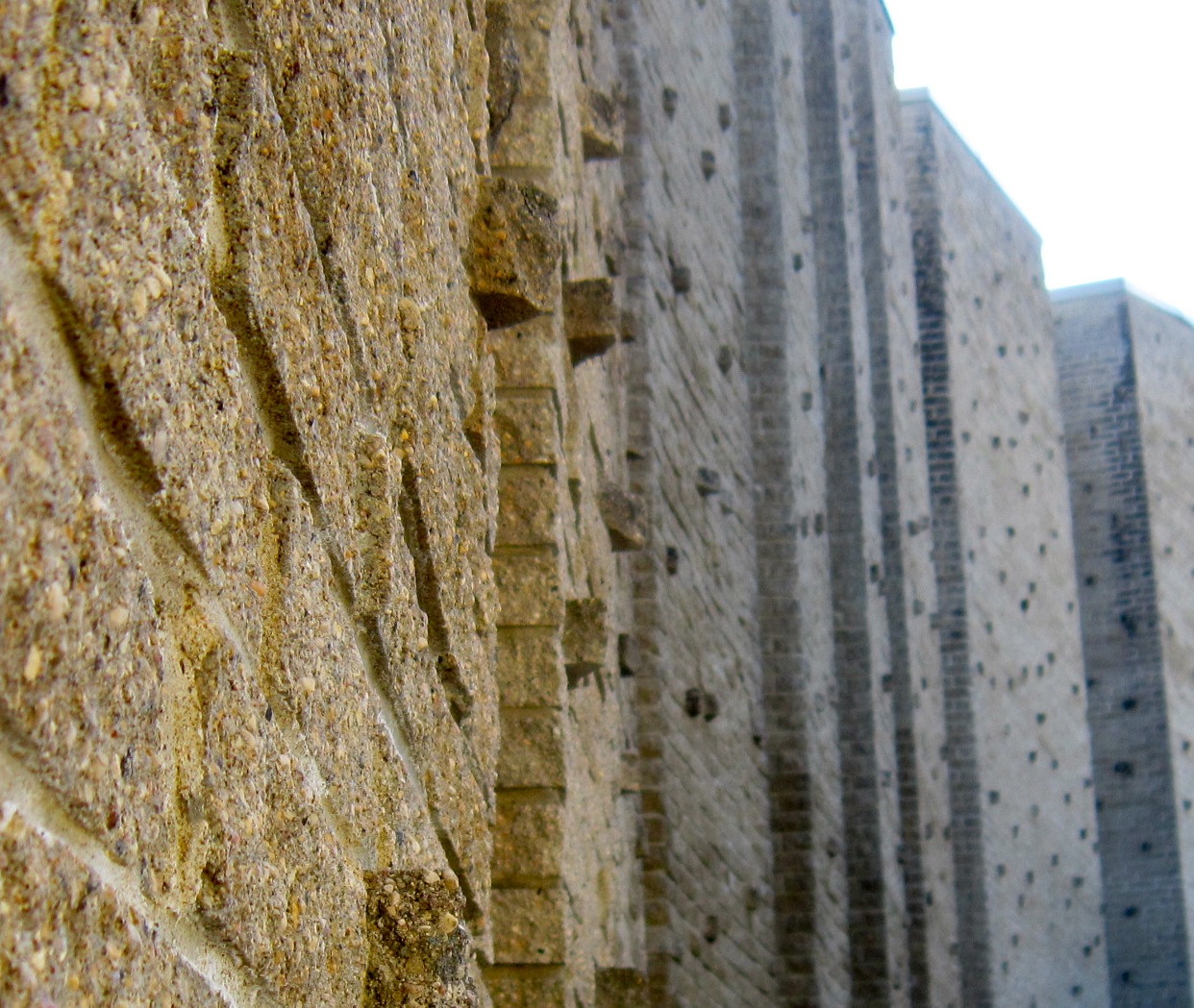 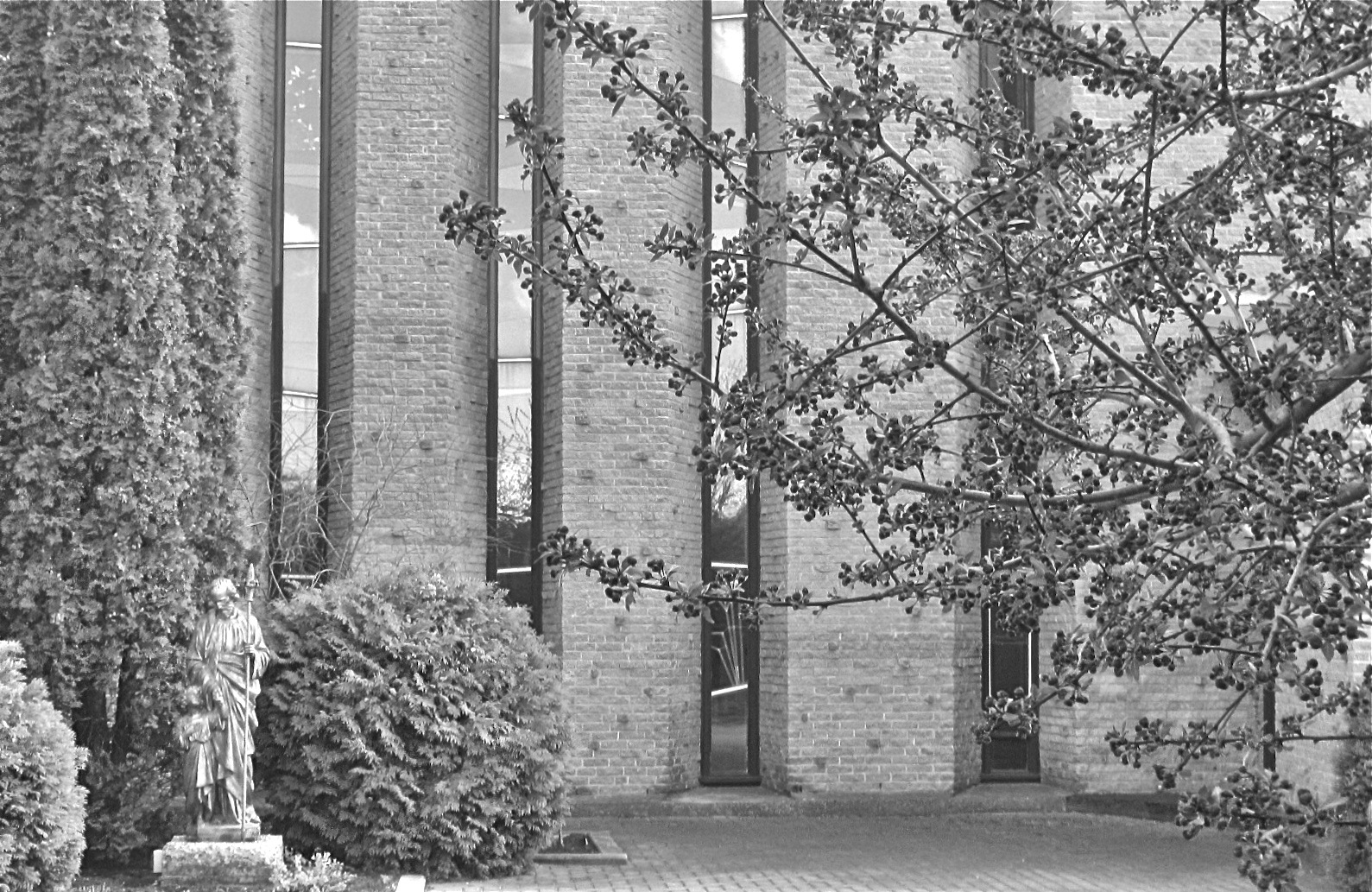 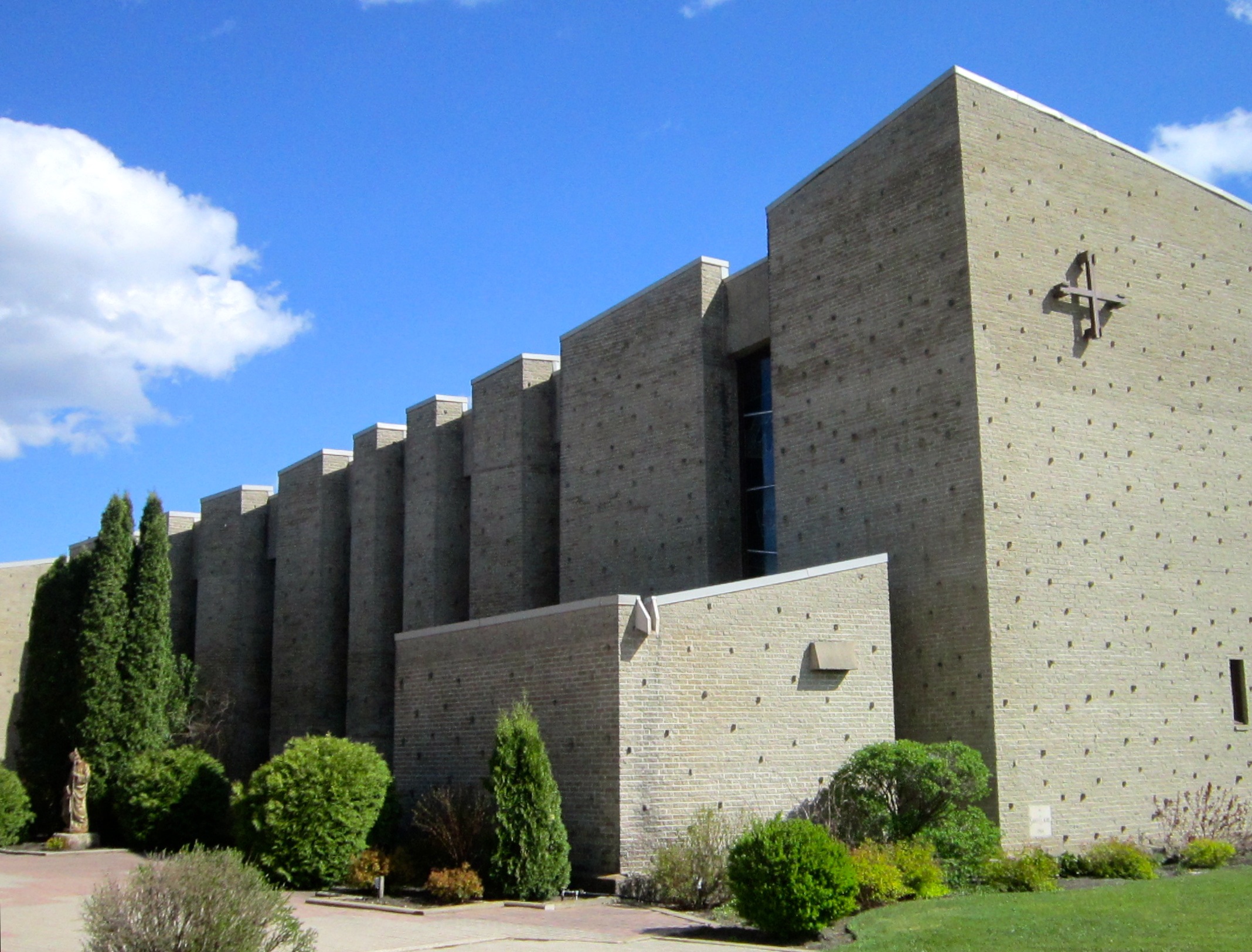 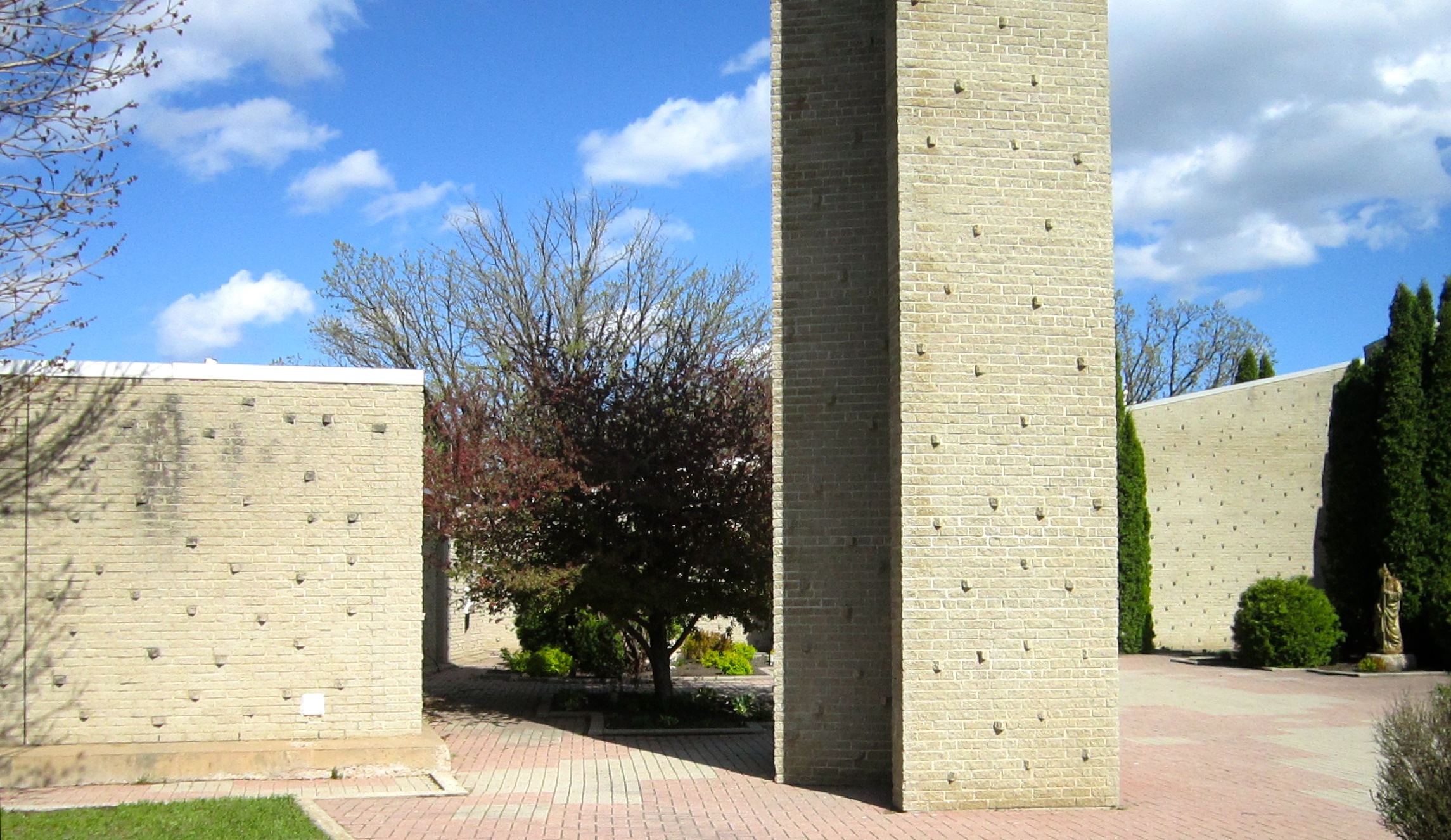 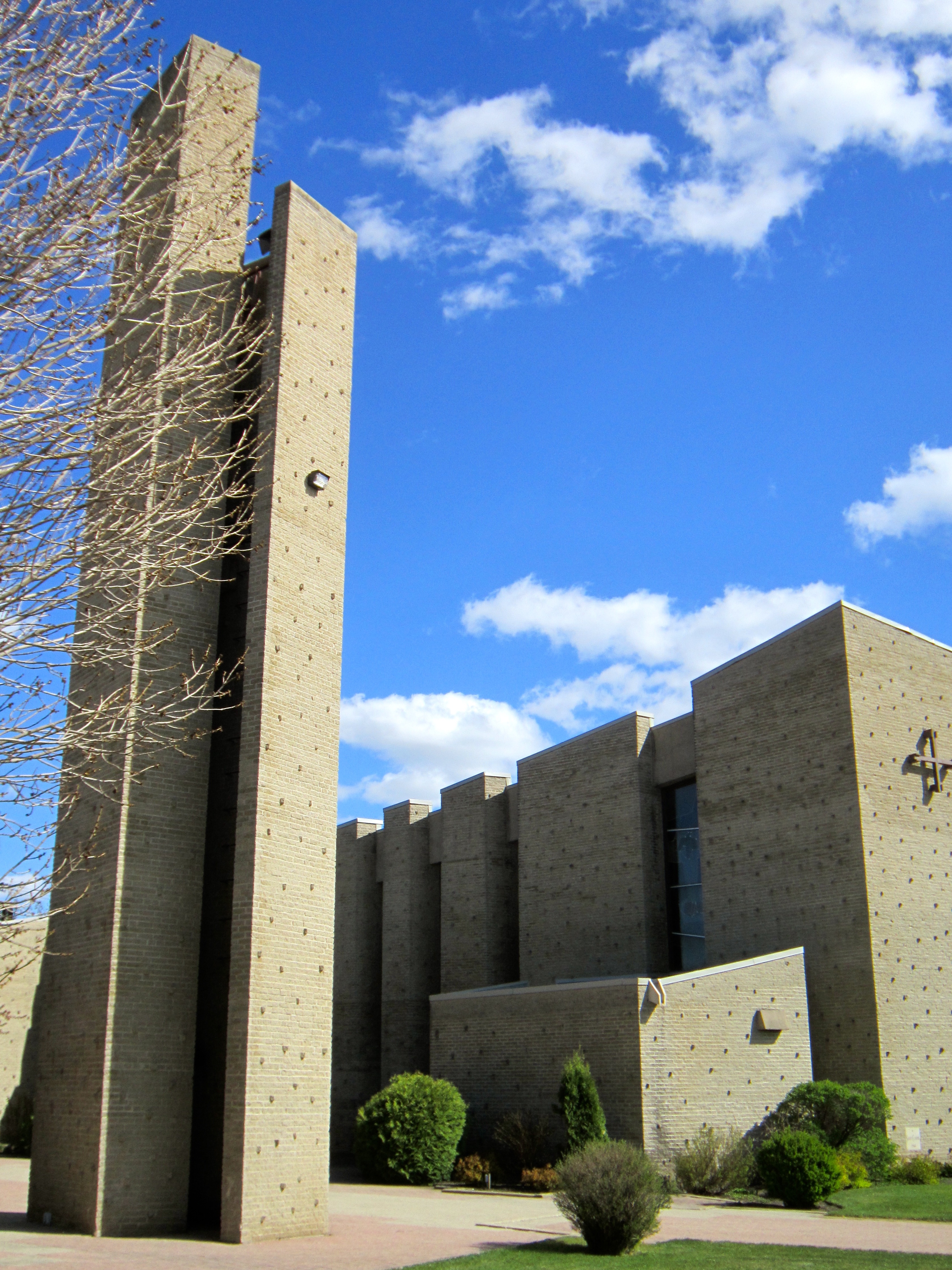 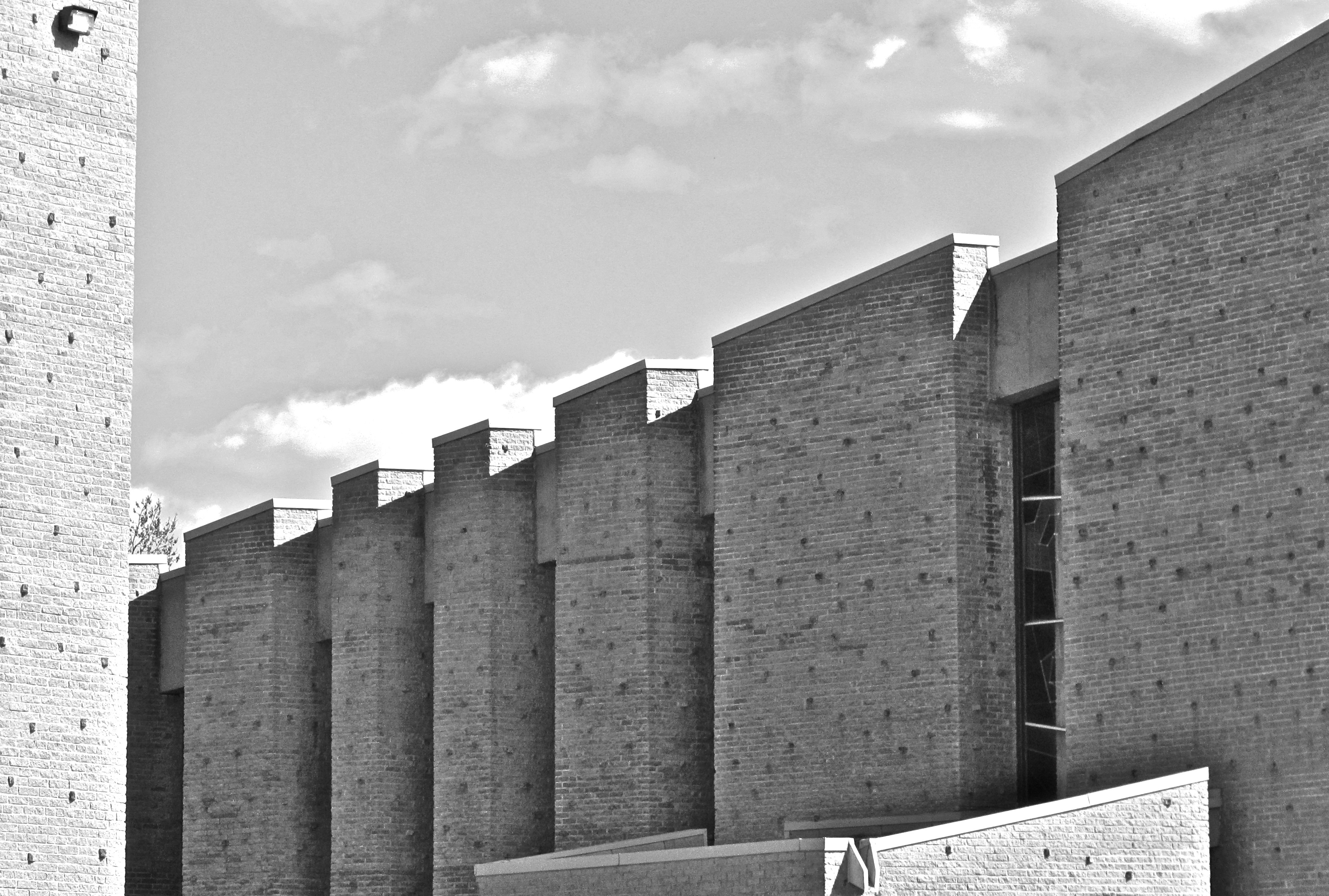 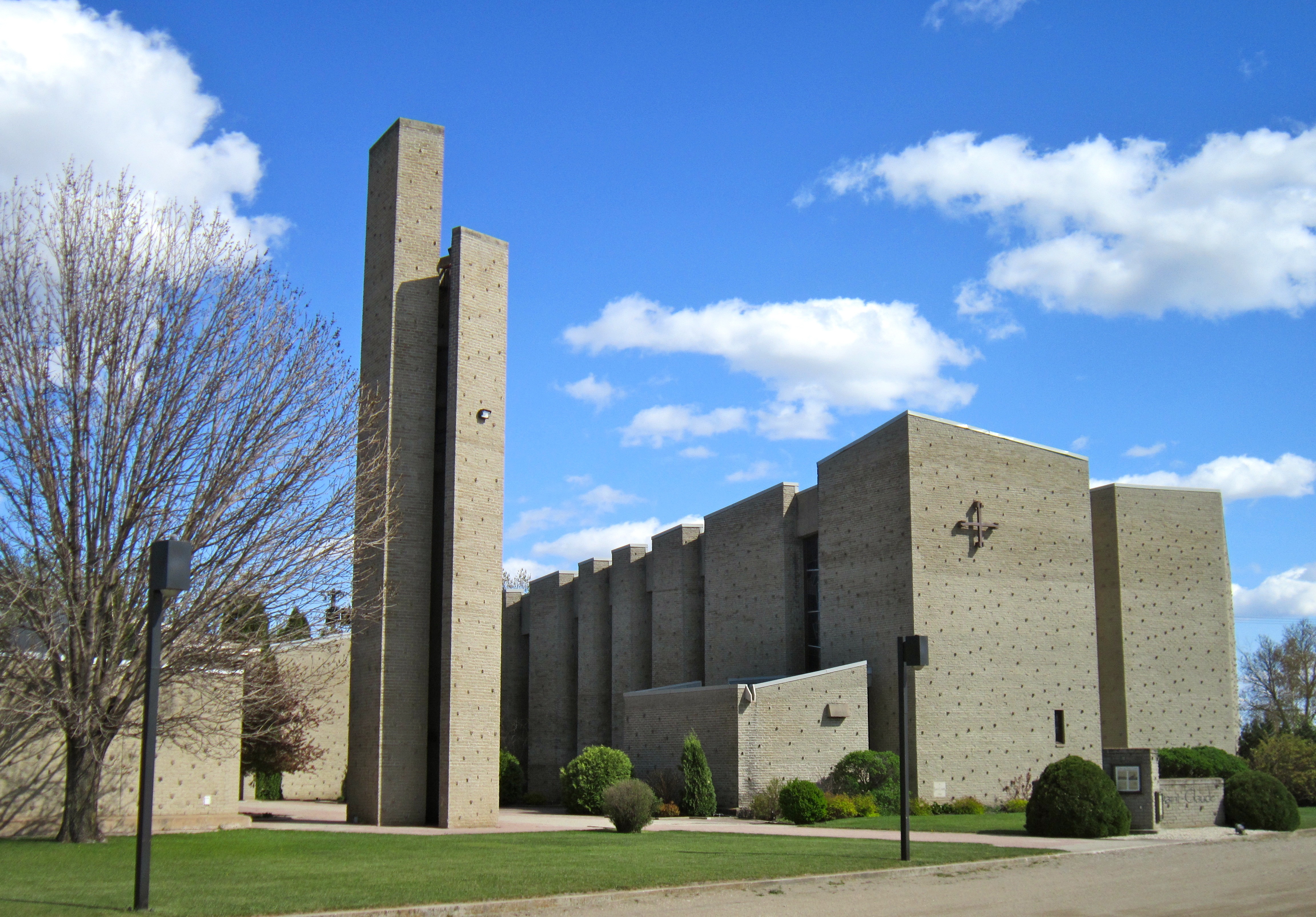 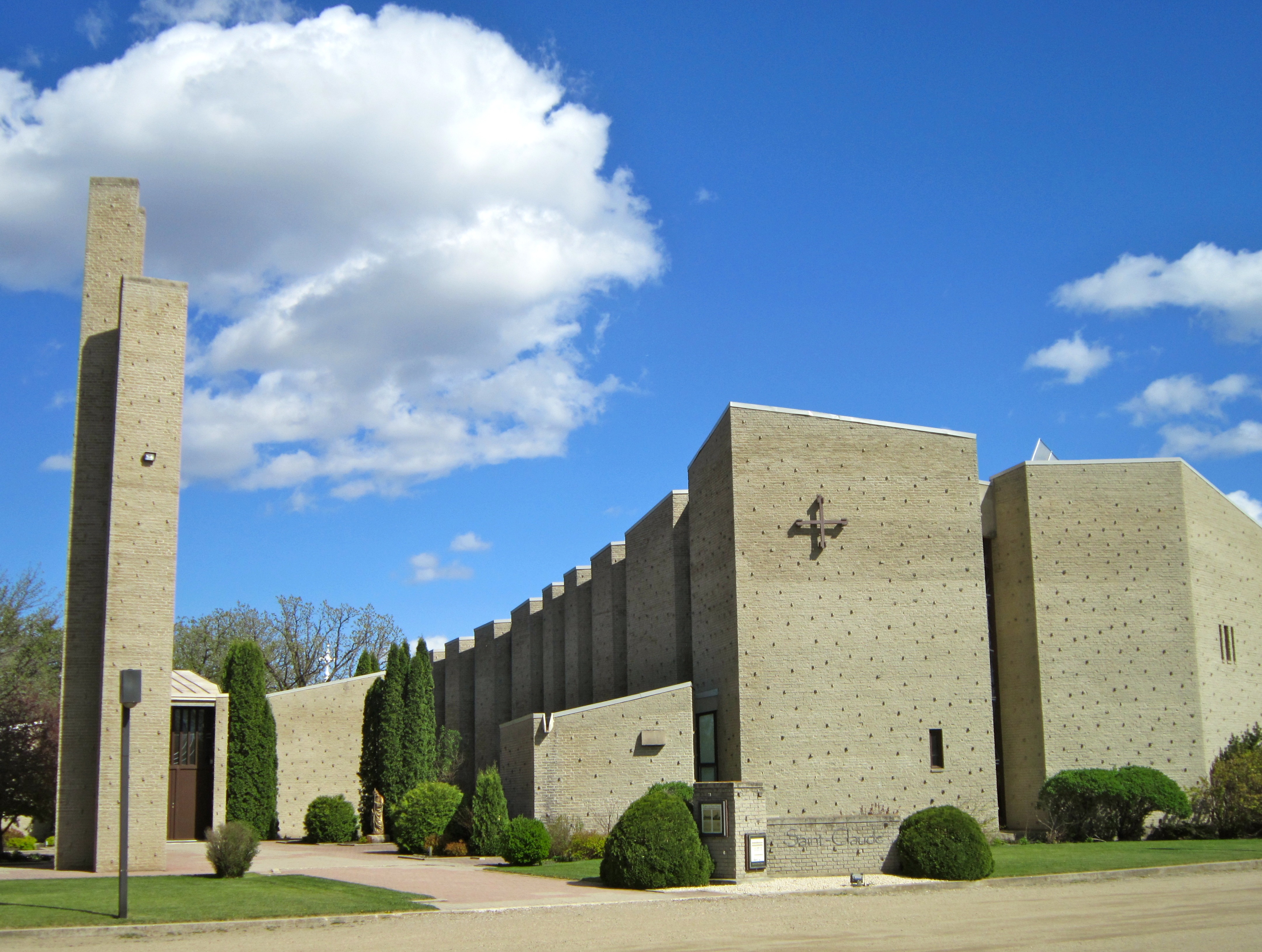 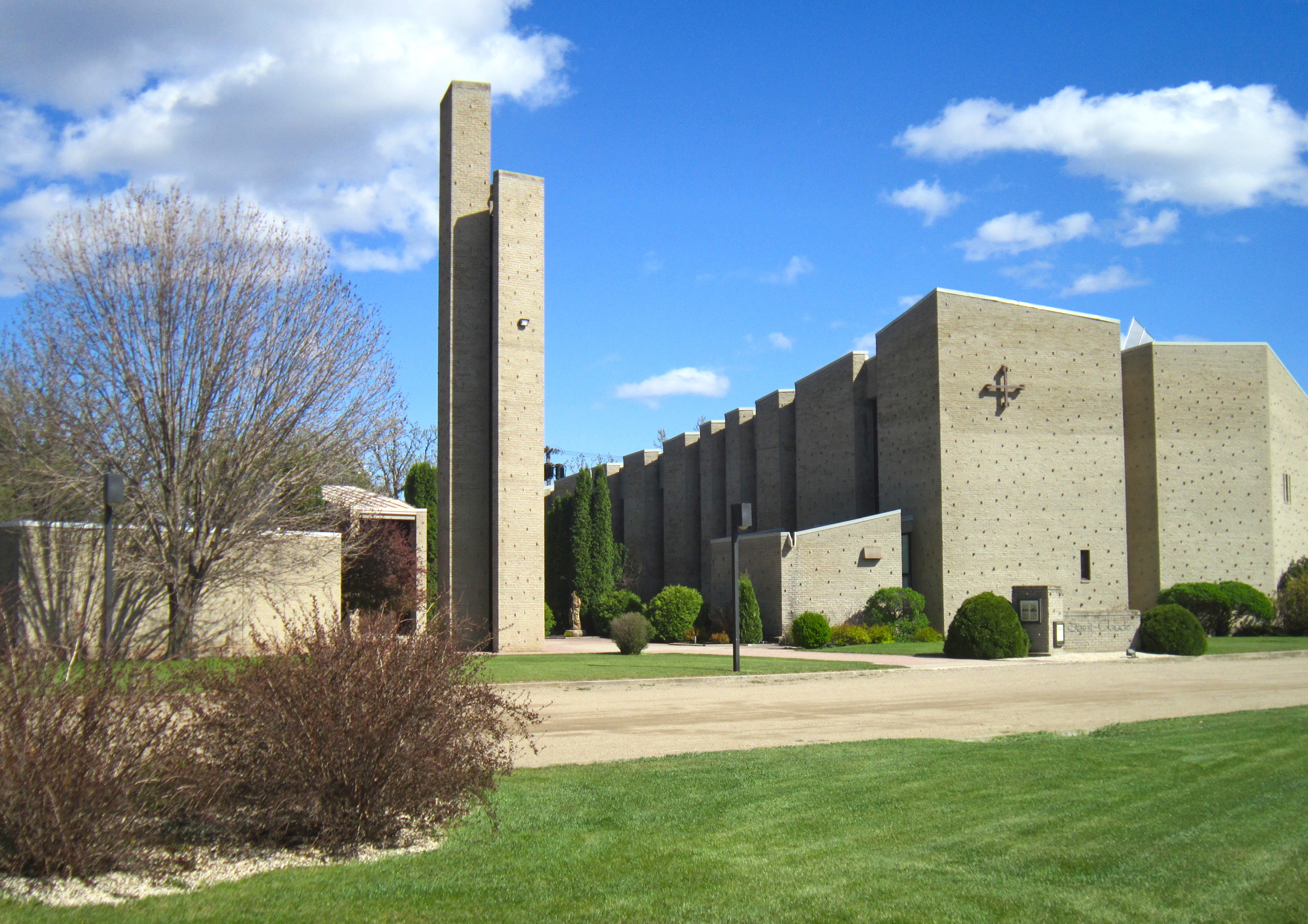 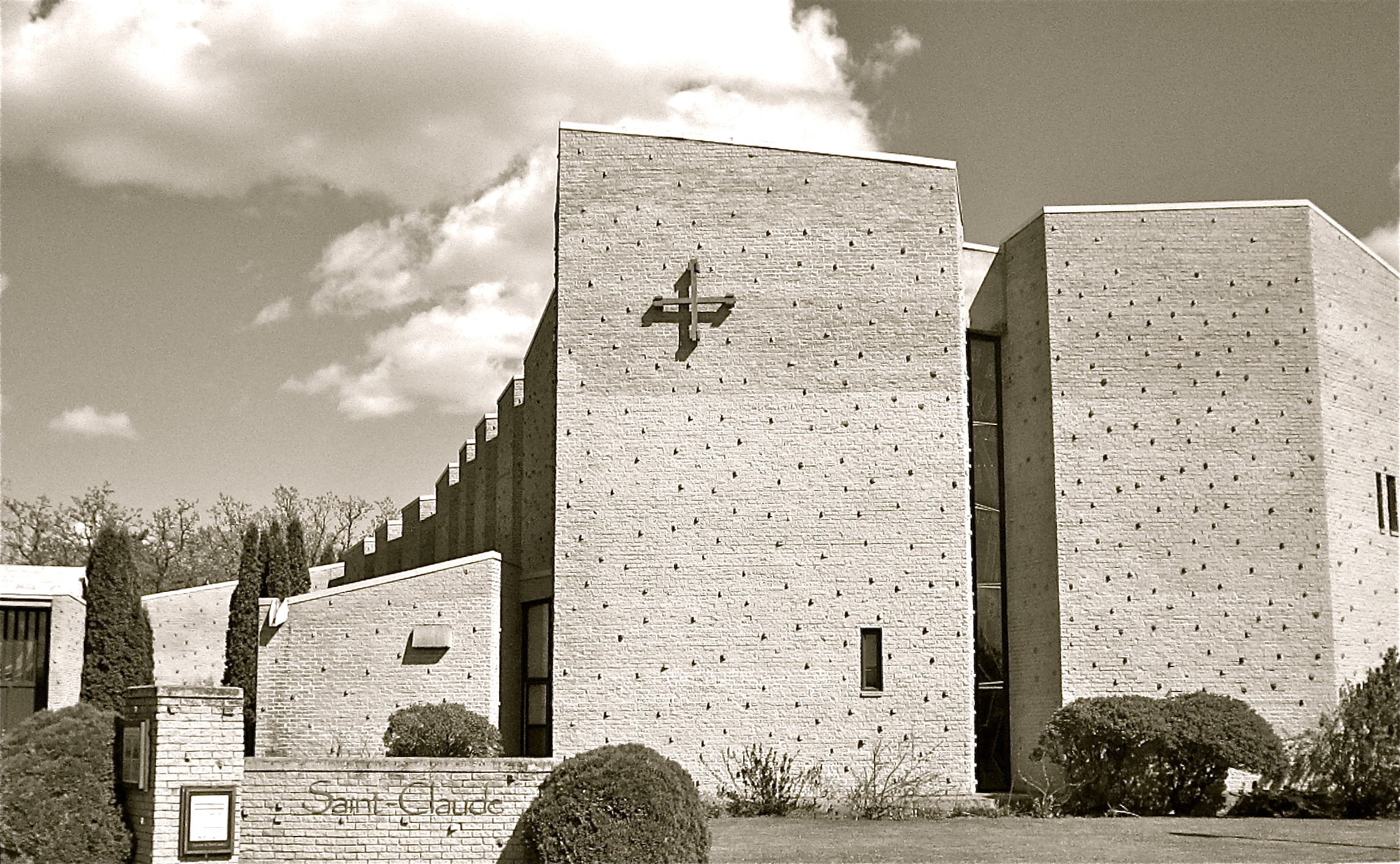 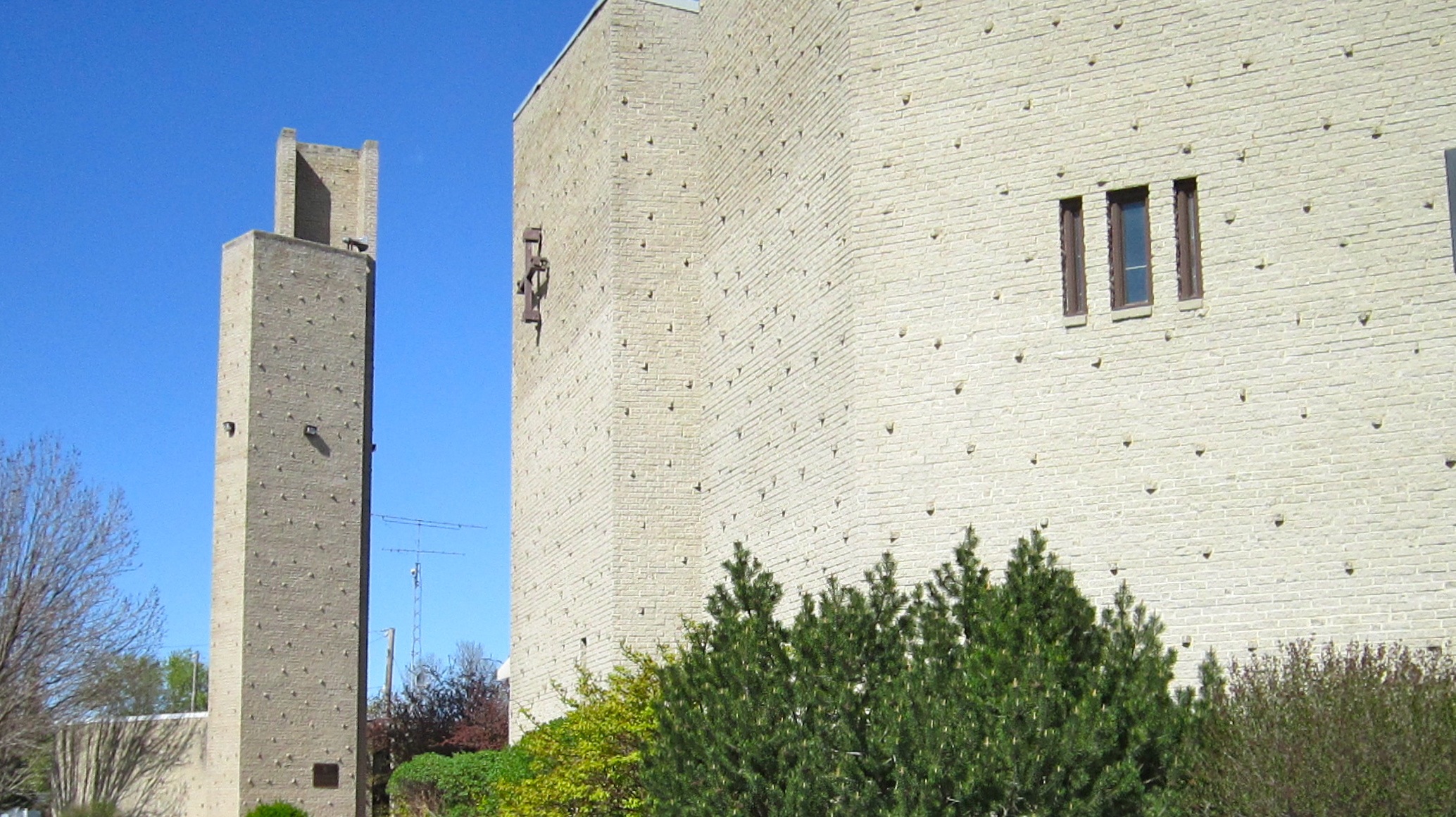 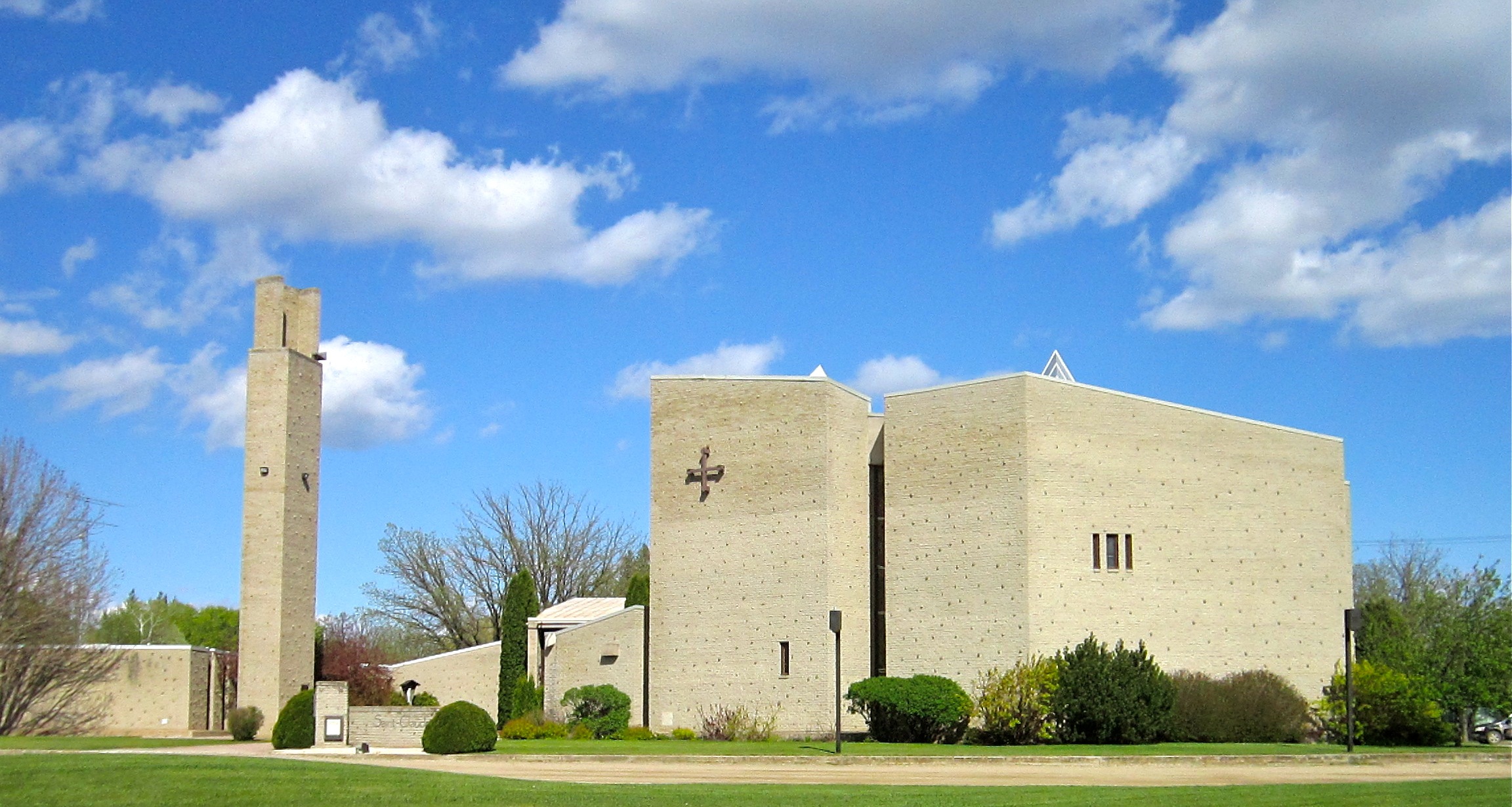 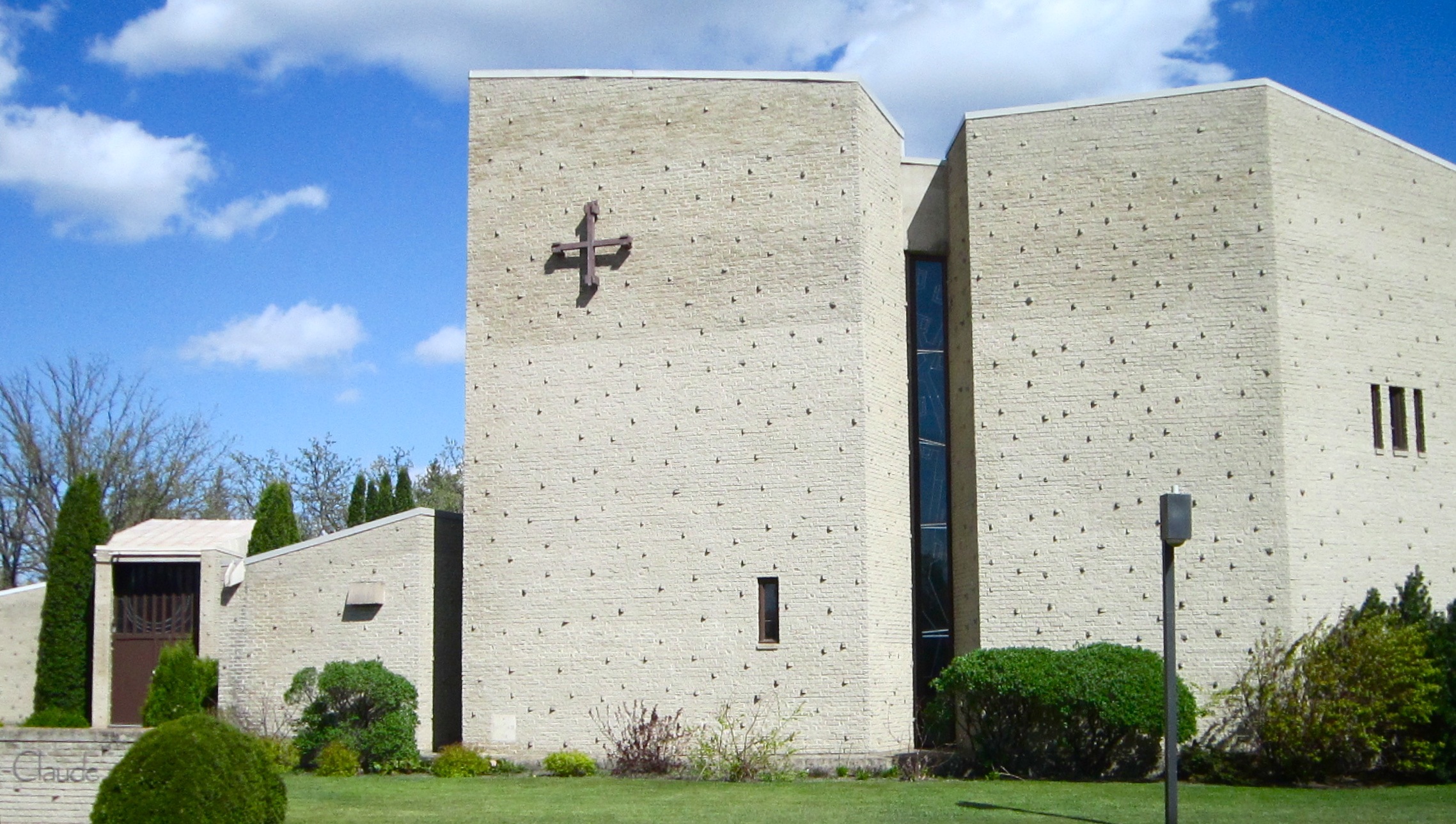 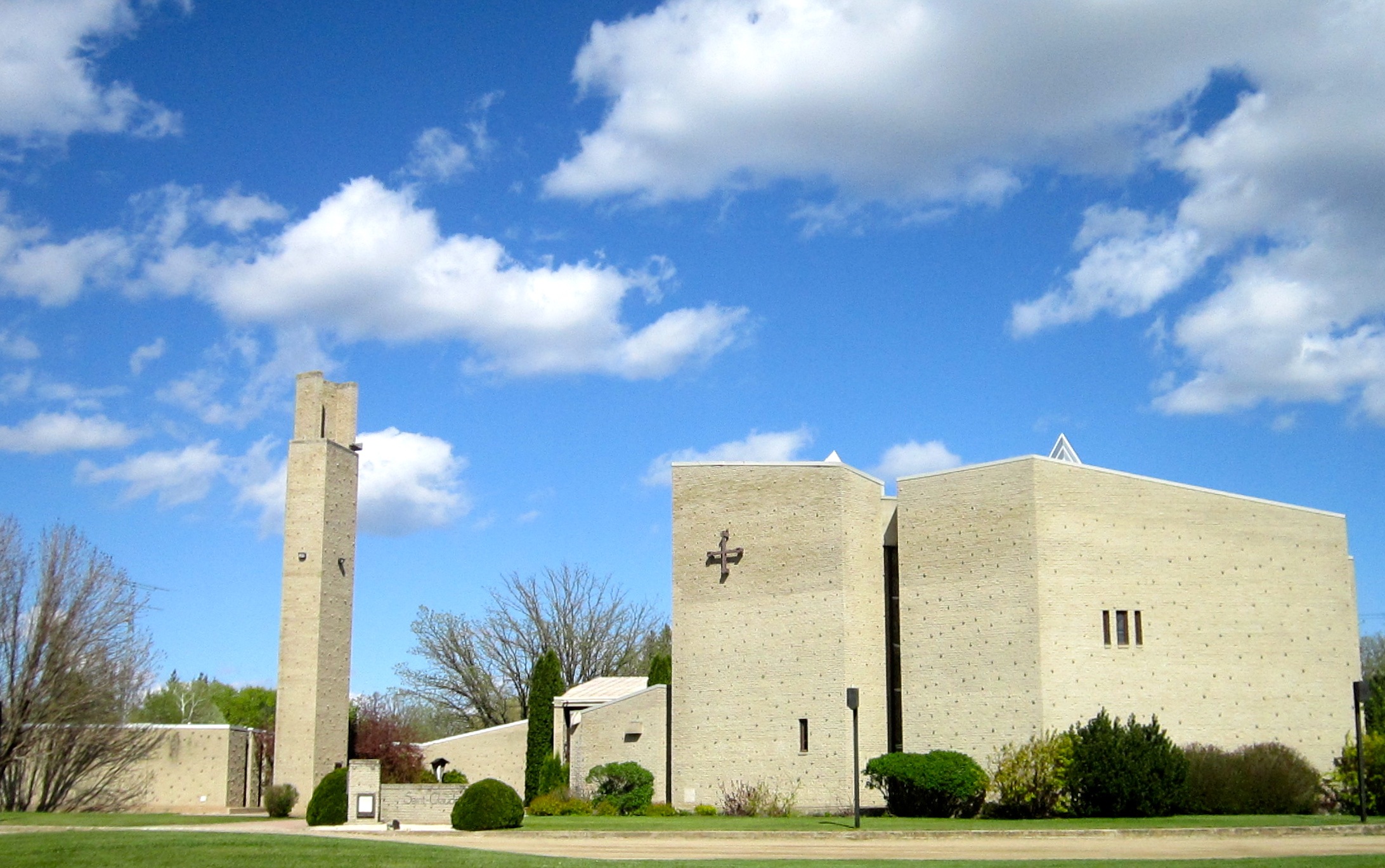 Saint-Claude Roman Catholic Church (in French L’église Catholique de Saint-Claude) was the first church in Canada to be designed, following the principles of the Ecumenical Council (Vatican II). The church plan is developed around the traditional atrium which is formed by linking the rectory to the church and placing the winter chapel at the extremity of the church and rectory, thereby joining the two buildings by a common function.The entrance is on the axis of the atrium and is focused on the bapistry.