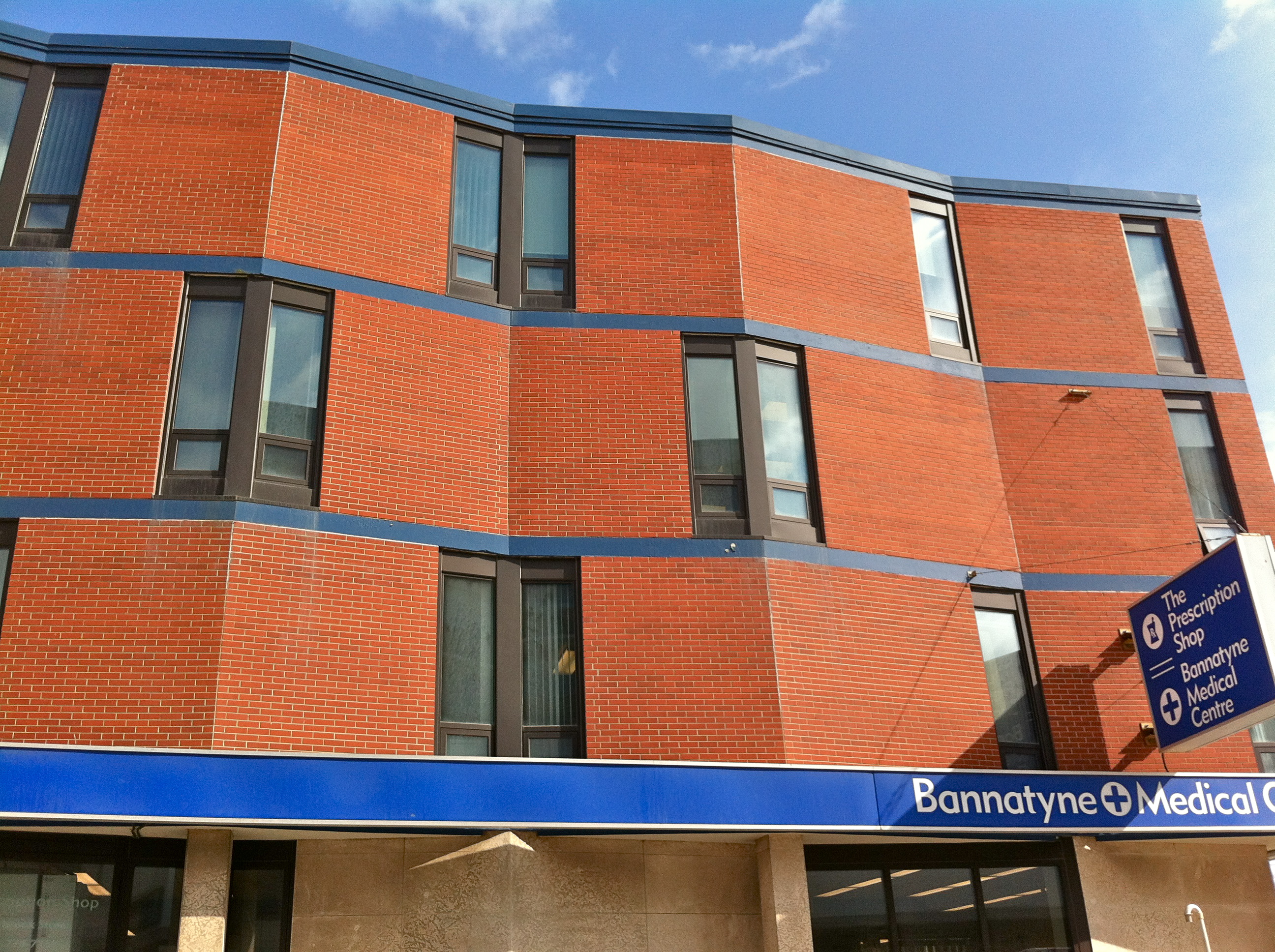 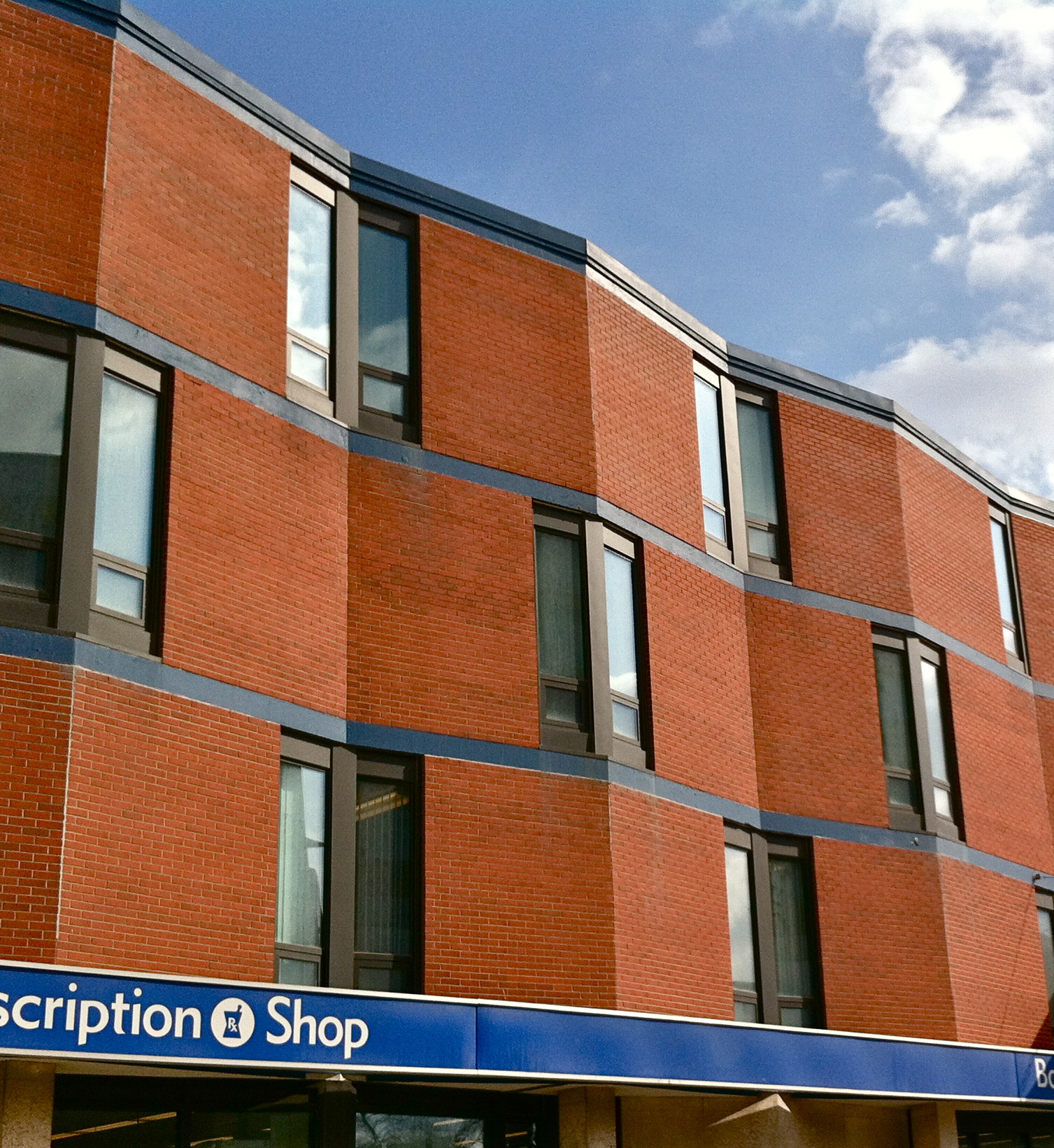 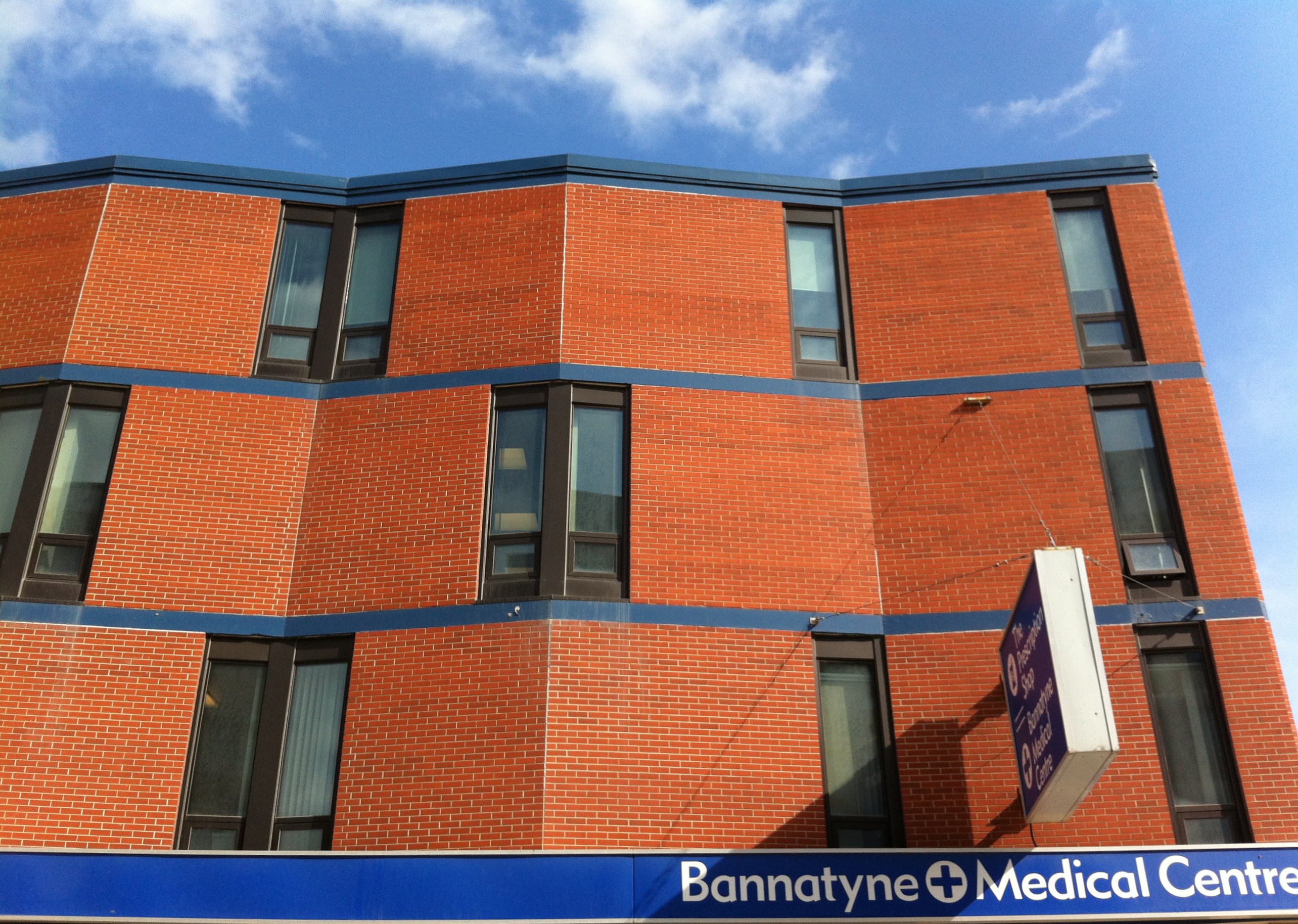 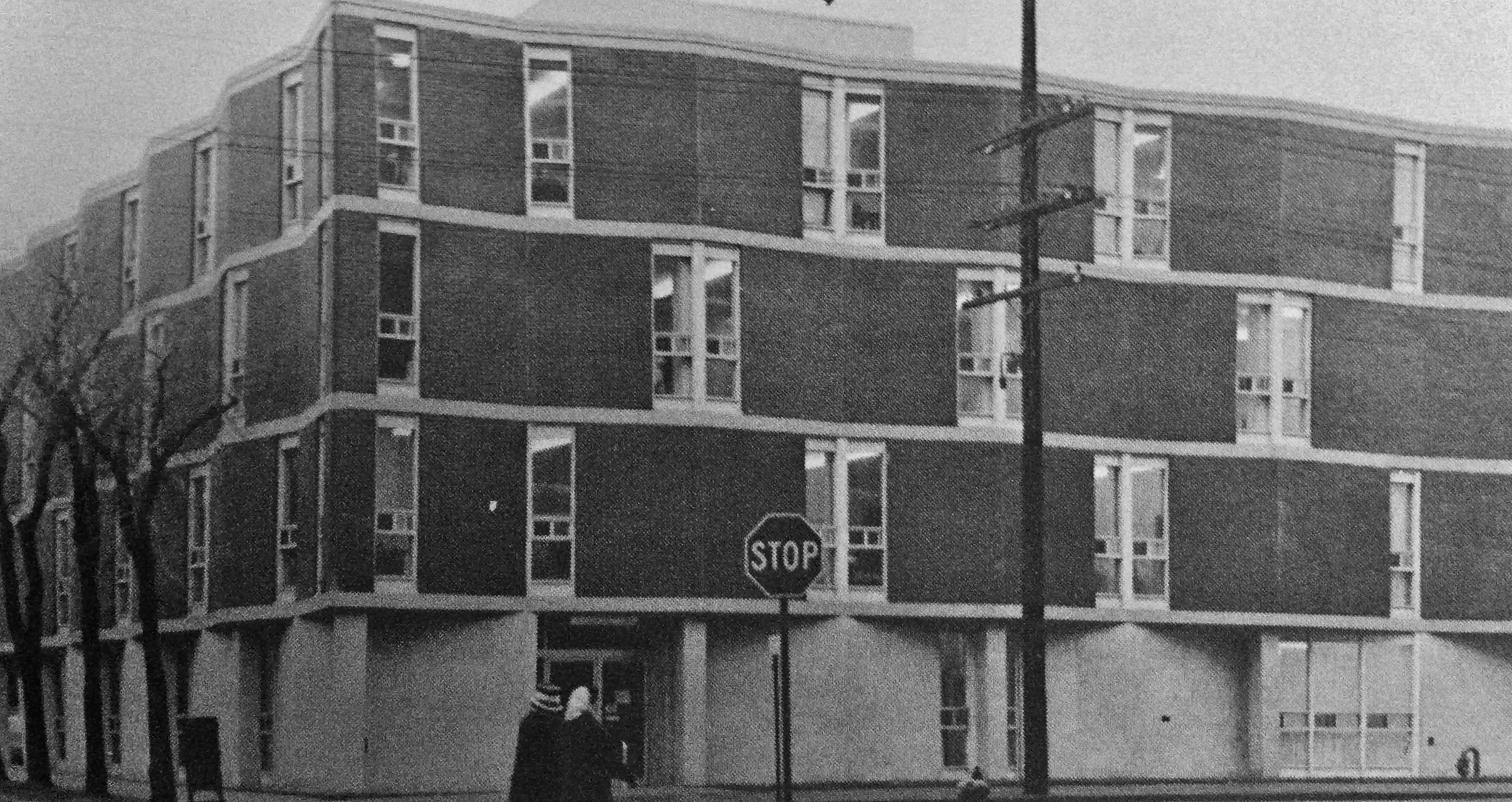 825 Sherbrook Street commenced operation in 1963 as the Kinsmen Centre for the Handicapped. The facility, which cost of $450,000 to build, was funded by the Winnipeg Kinsmen Club and the Society for Crippled Children and Adults of Manitoba, and received a $50,000 land donation from the Province of Manitoba. Officially opened 23 October 1963, the Kinsmen Centre for the Handicapped housed such facilities as home the first pre-school centre for deaf children in western Canada. Also housed at this address were offices for the Canadian Paraplegic Association, an auditorium and sound-proof audiometric testing room. According to period press accounts, visitors to 825 Sherbrook Street were able to see the treatment centres in operation through one-way glass windows installed to ensure child patients were not disturbed. Undoubtedly, the hallmark of the building's modern design is the use of a zag-zagging red brick façade – an innovative treatment of form which produced a sense of animation in a structure which might otherwise appear overly utilitarian. At street level this gesture is extended to walls comprised of Manitoba Tyndall limestone, a material which also veils slender columns set apart from the main structure. The building was designed by the firm of Macleod Reimer & Webster. In 1971 an addition to the building was designed by Norman Earl Reimer (a former partner of Macleod Reimer & Webster). The addition, which cost approximately $1 million, included plans for a library space and rooftop playground; it was constructed to the east of the 1963 structure.