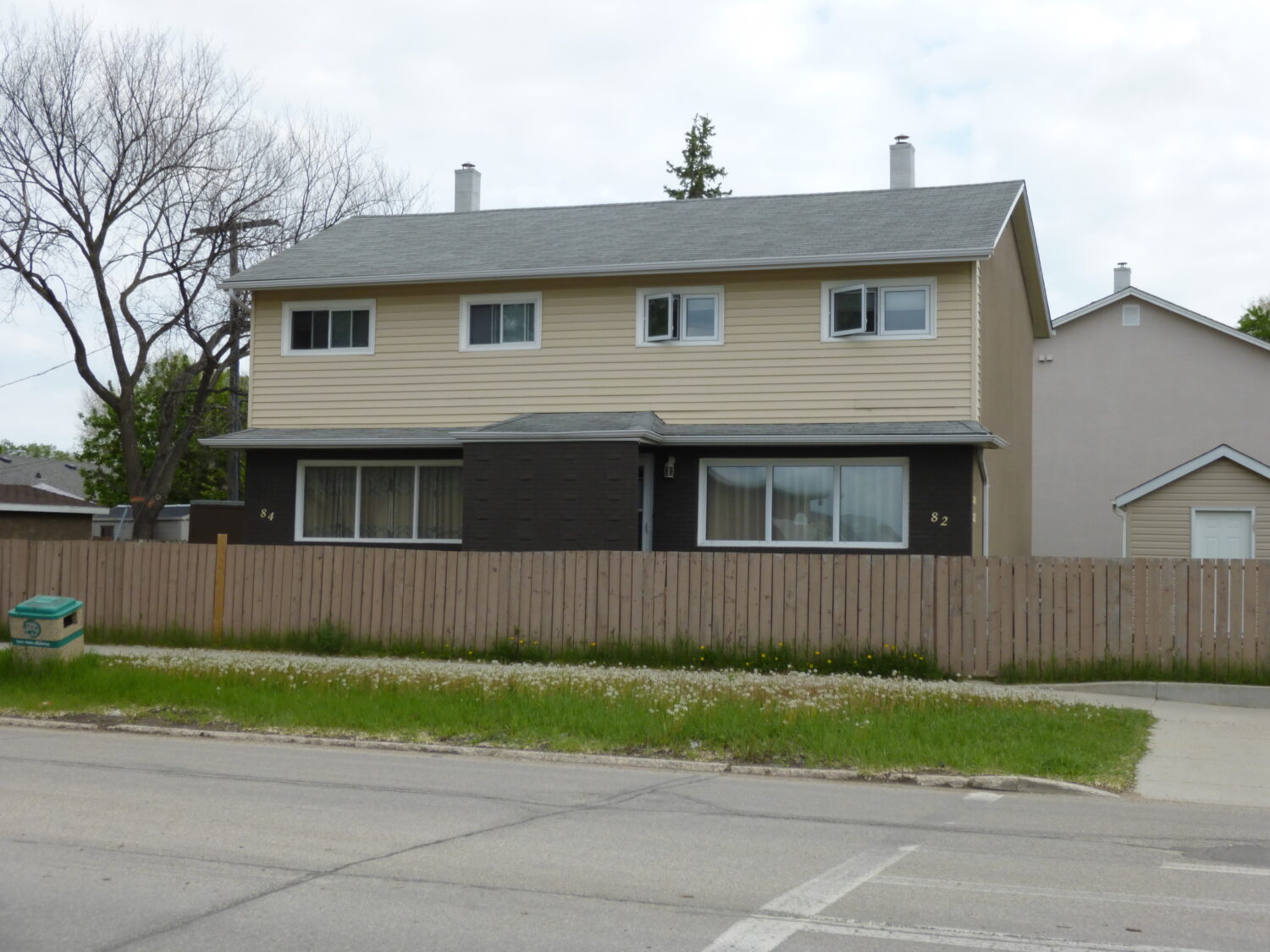 Perhaps the standout in Windsor Park was Specialized Building Services Ltd.’s 82-84 Canberra Road, a semi-detached (duplex) two-storey. Somewhat confusingly, this duplex faces Cottonwood Road, albeit this probably made it easier to advertise. Canberra Road exclusively featured duplexes in both two-storey and split-level designs, making up part of the only eight acres of R2 (duplex) in Windsor Park’s 730-acre lot.

Despite its economical duplex design, the home includes six rooms with three bedrooms. Both side-by-side units feature a wide window along its first-floor facade, with a brick planter underneath. A short canopy runs along the length of the facade between the first and second floors. At the centre of the canopy is a textured brick wall, which shields the front doors to both units. Brick is used extensively along the first storey, while the second storey uses wood or vinyl panels. 82-84 Canberra Road was marketed as a stylish, spacious home at an affordable price.