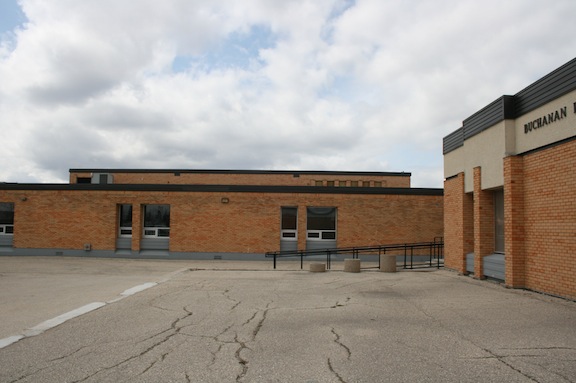 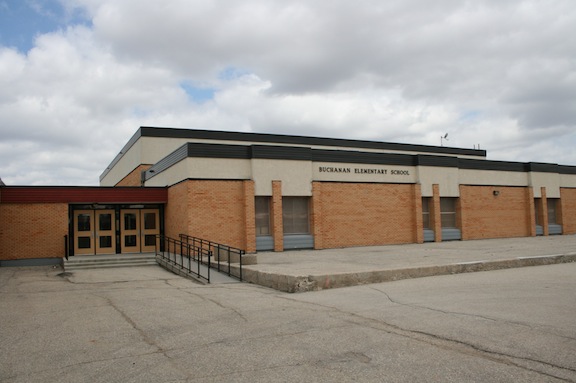 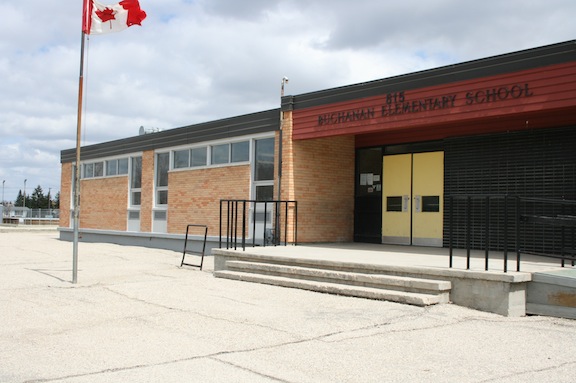 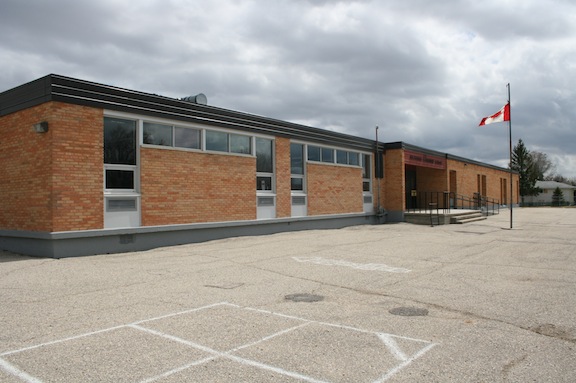 Buchanan School is the elementary school component in a huge site that also contains Hedges Middle School and John Taylor Collegiate, as well as a modest community club property. The Unicity Shopping Centre is immediately south of the school and across the street.

A variety of additions and alterations have been made to the school over the years. Uniform mid-brown brick with a band of dark brown at the rooflines unifies the sprawling design. The sections facing west to Buchanan Boulevard and at a right angle to the north side are the original part. A wing of similar proportions was added in 1965, as well as a large gym and open teaching area on the east side, estimated to have been added sometime in the early 1970s. A second main entrance, which is in response to more children arriving by school bus, has been opened on the south side where the older and newer sections meet.