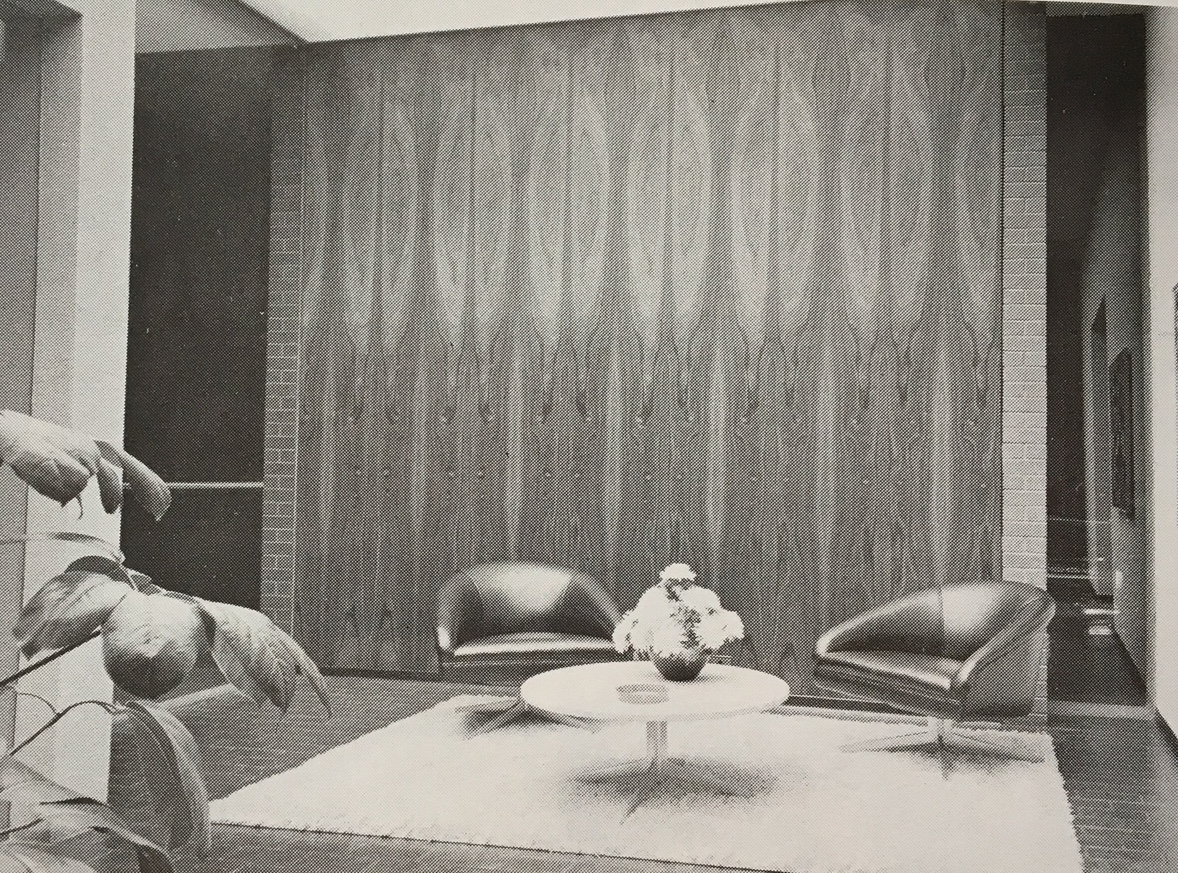 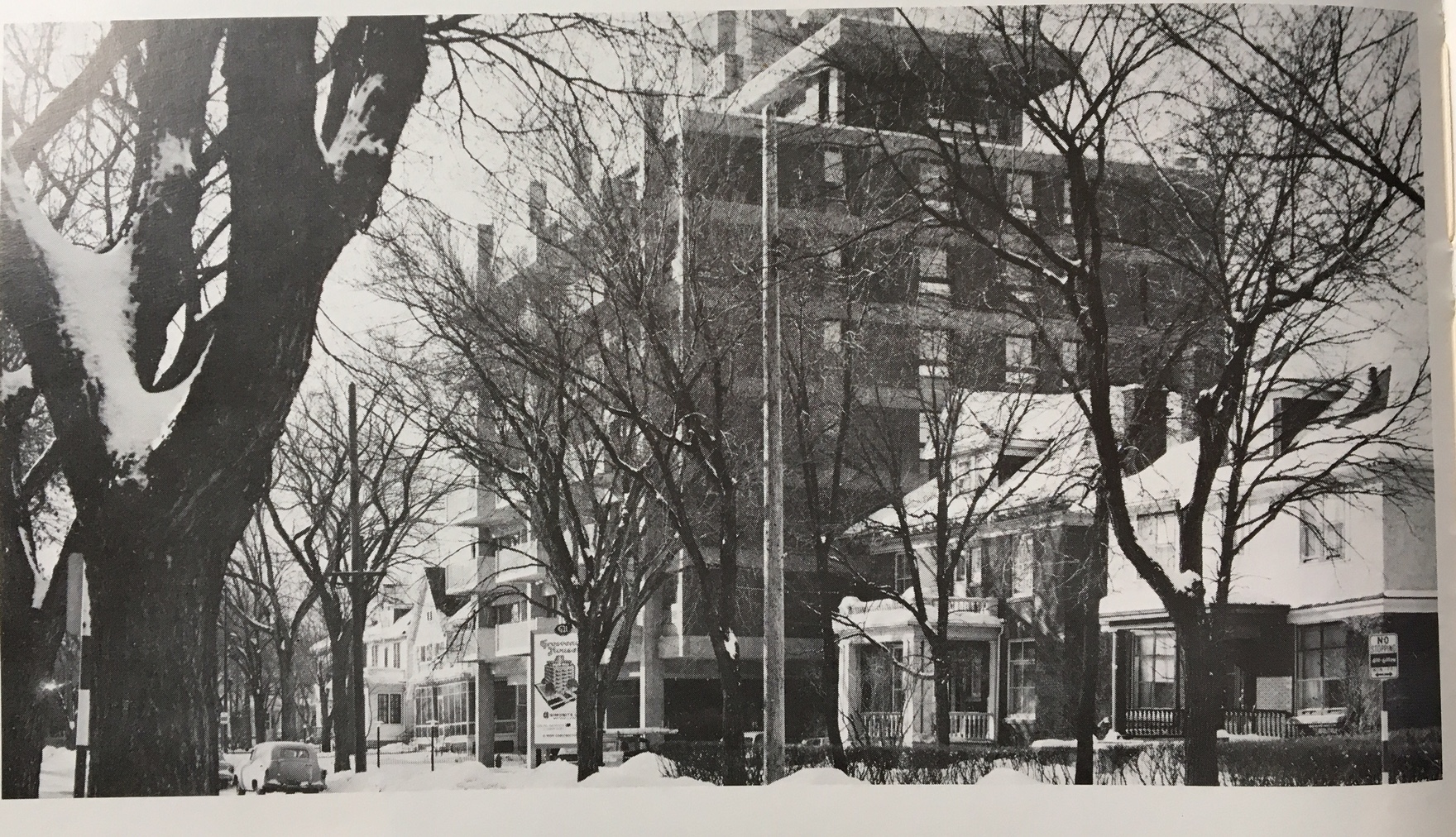 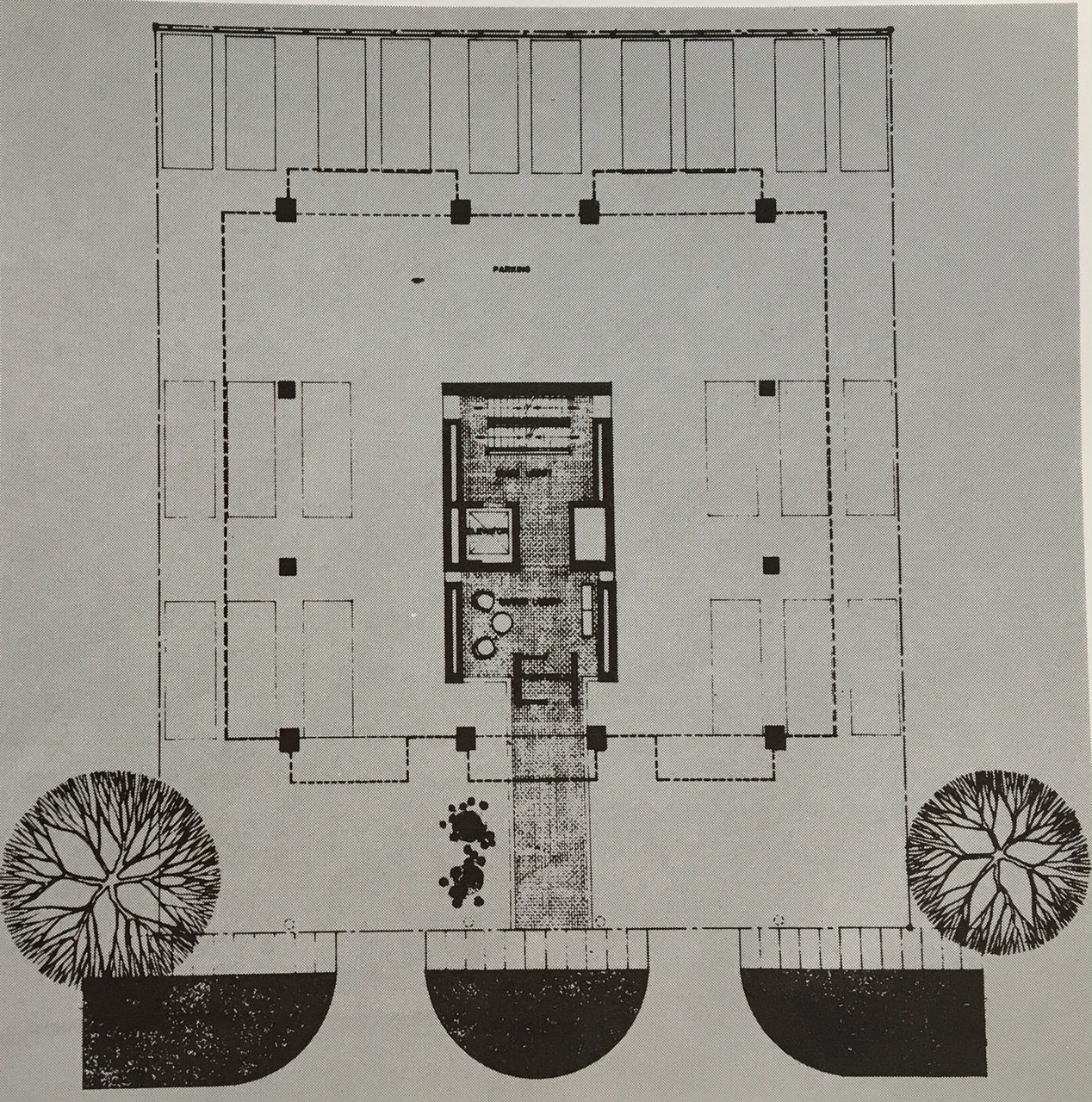 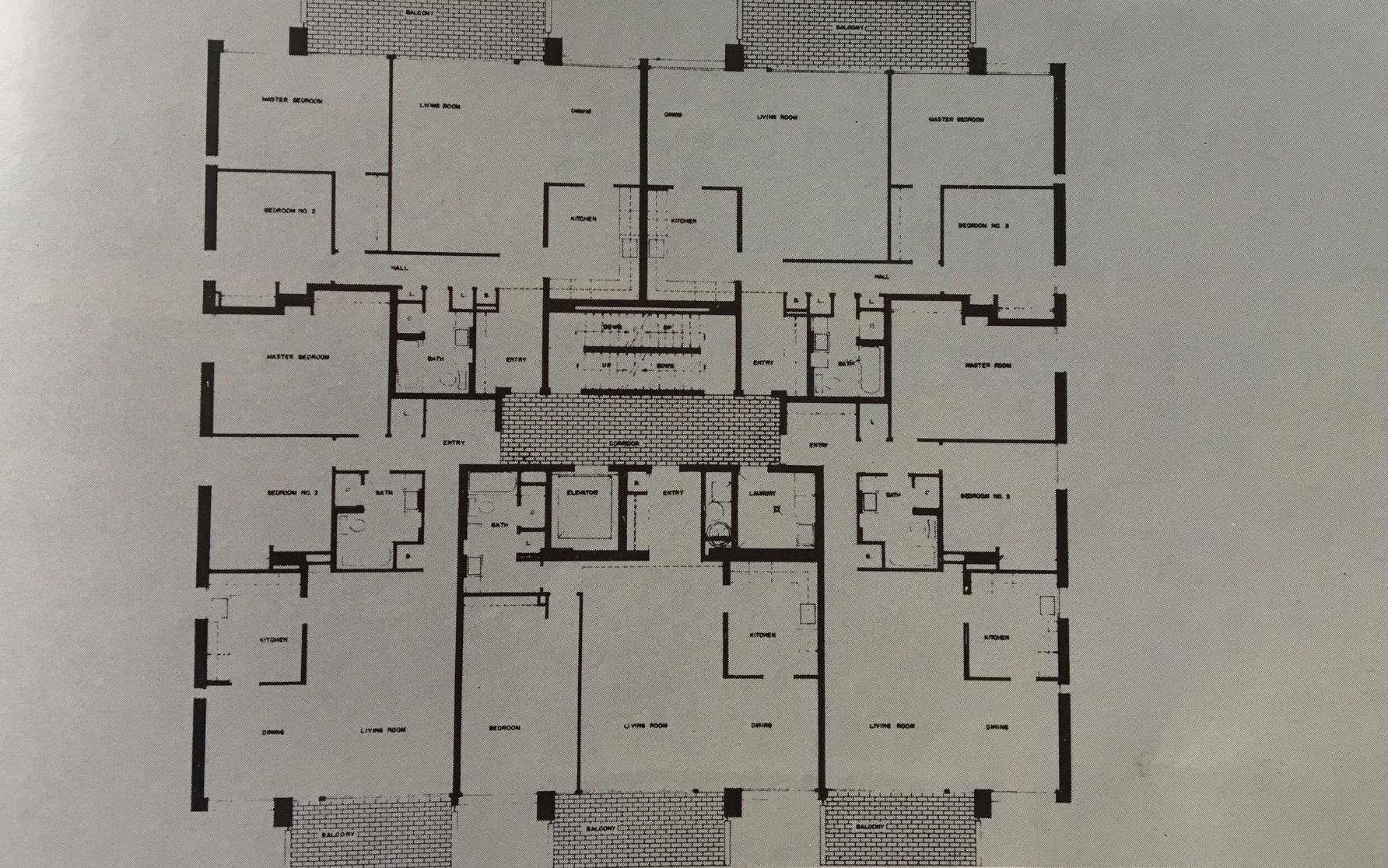 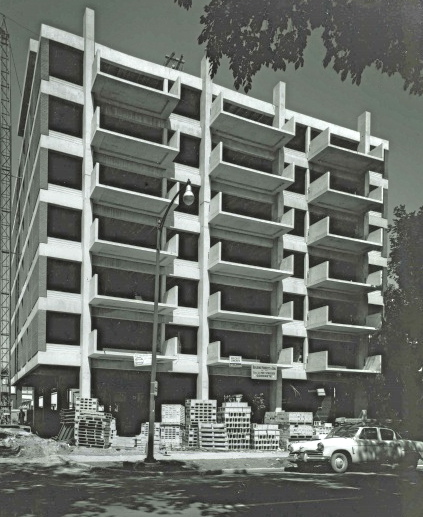 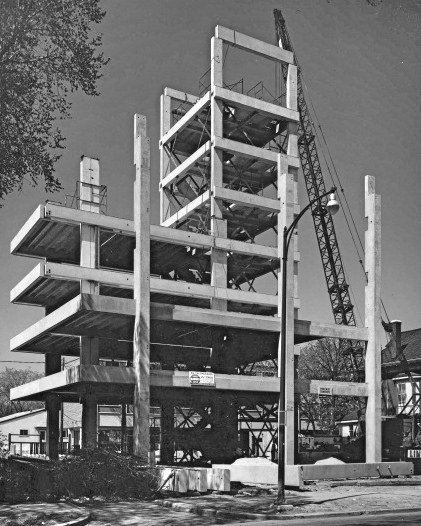 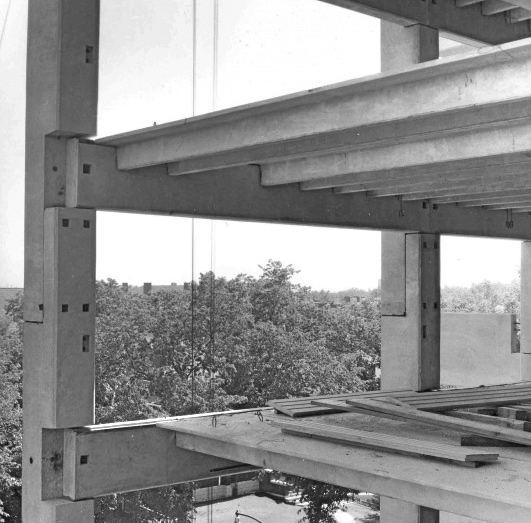 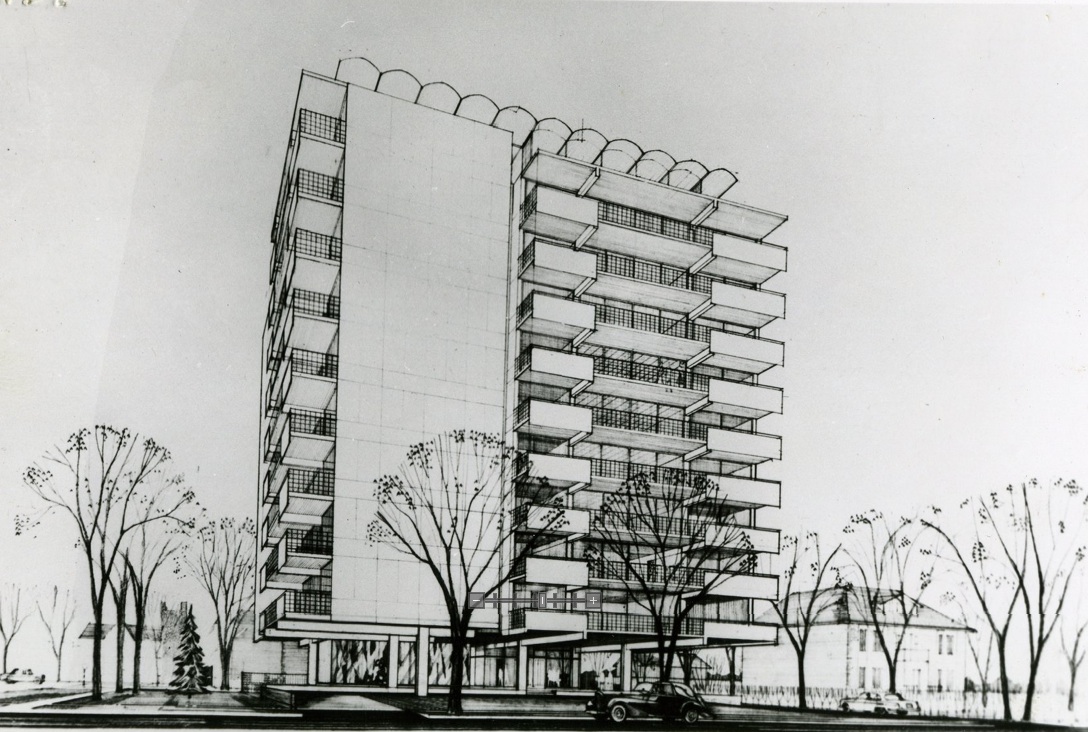 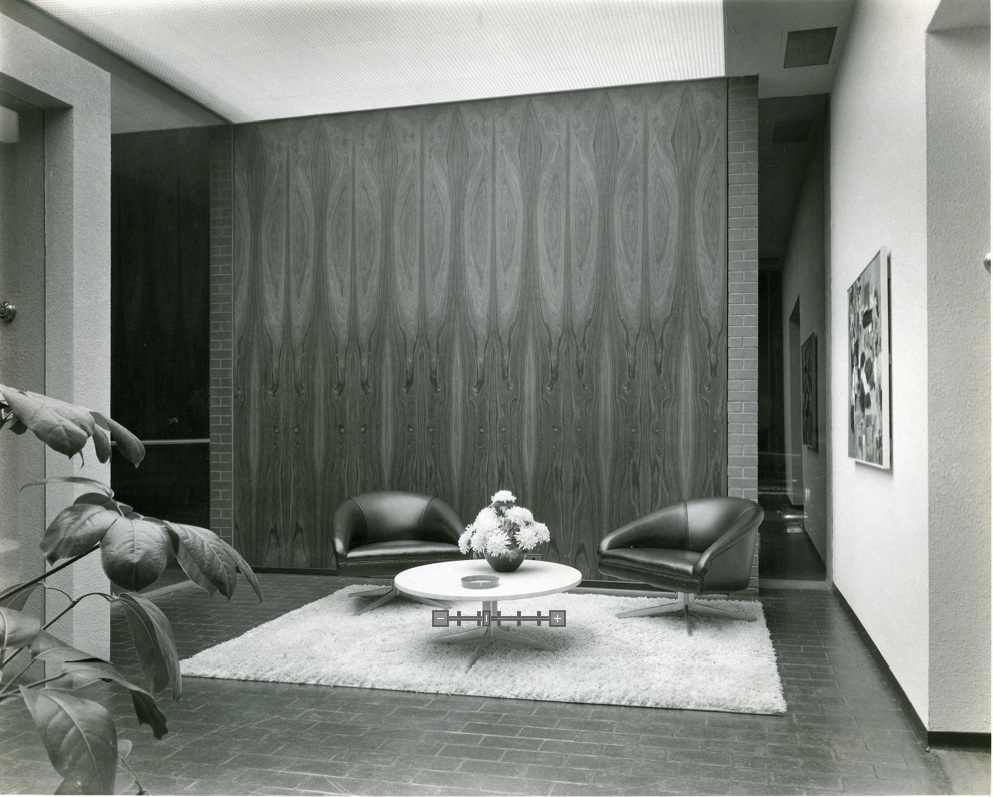 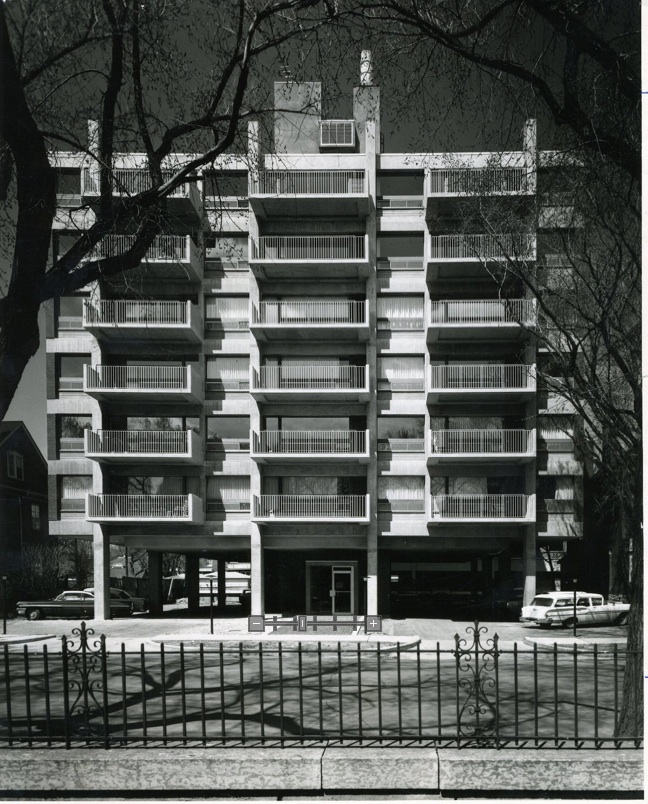 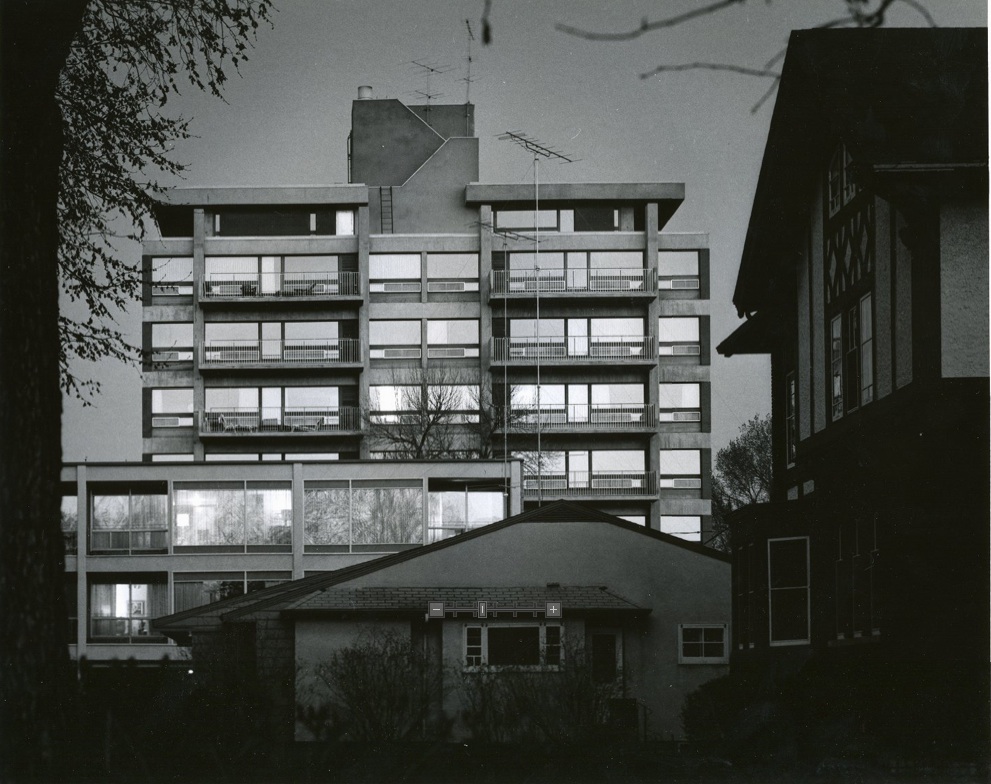 Grosvenor House was originally designed as cast-in-place concrete. The City of Winnipeg was just accepting prestressed concrete at the time of construction. An alternate design was prepared in precast, with assistance from engineer Laurence Cazaly. When completed, this eight-storey apartment building was the tallest all-precast building in Canada. Over the years, acceptance of precast prestressed concrete was higher per capita in Winnipeg than anywhere in Canada.

Precast concrete differs from poured-in-place concrete in several important respects. It is possible to obtain a high quality of finish and colour control in the structural elements, allowing the use of the materials as both structure and finish. The natural method of “joinery” of precast beams to spandrels and to columns produces an articulation of the structural elements unlike the monolithic nature of poured-in-place concrete. Each element of the building is joined in a precise and definitive manner and from this develops the architectural form.

The manner in which the concrete has been used is the best architectural asset of the building. The exterior elements of the architecture, such as columns, wall panels, windows, and balconies, are given an individual expression and at the same time all the parts become a well-integrated whole.