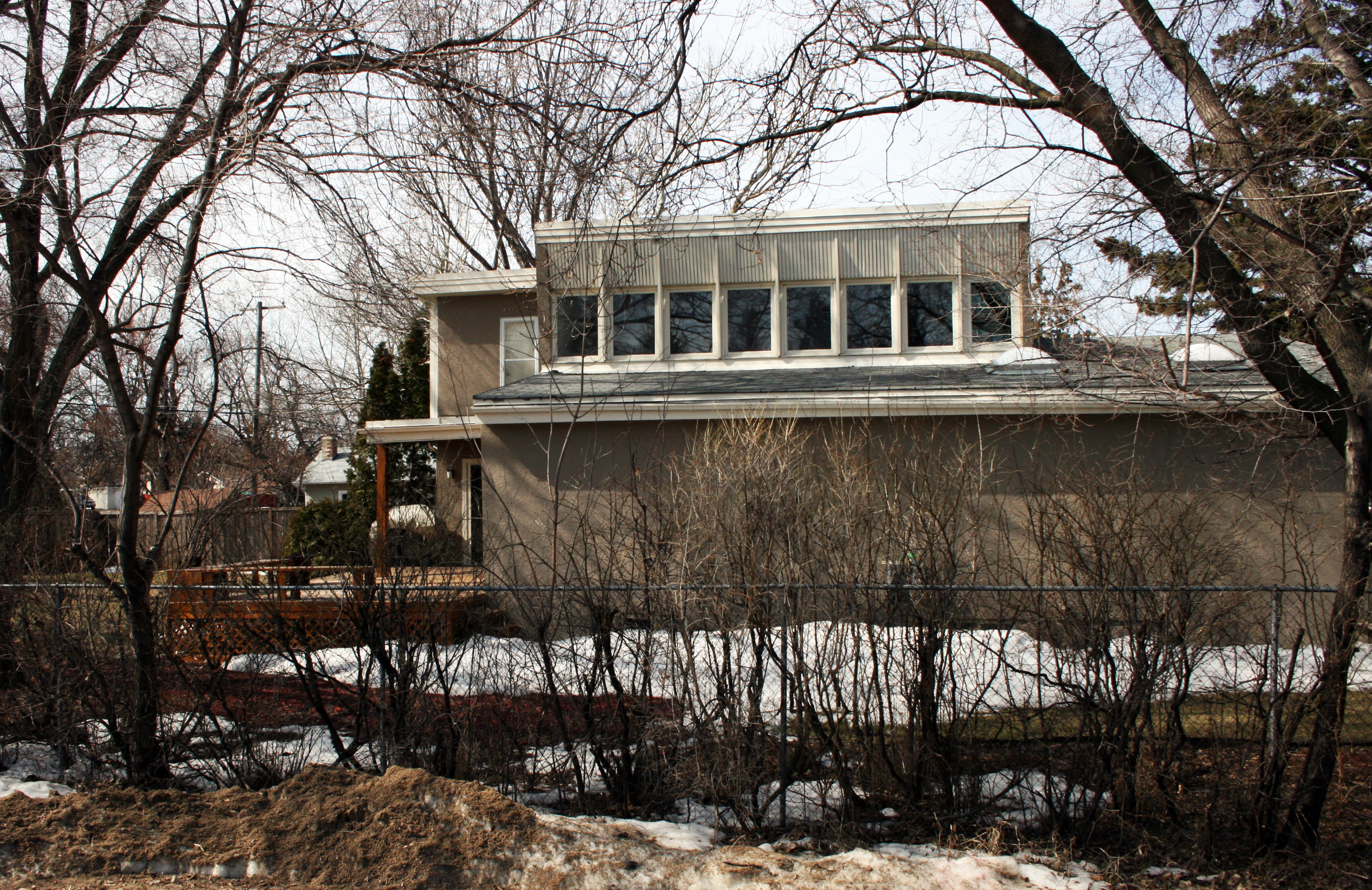 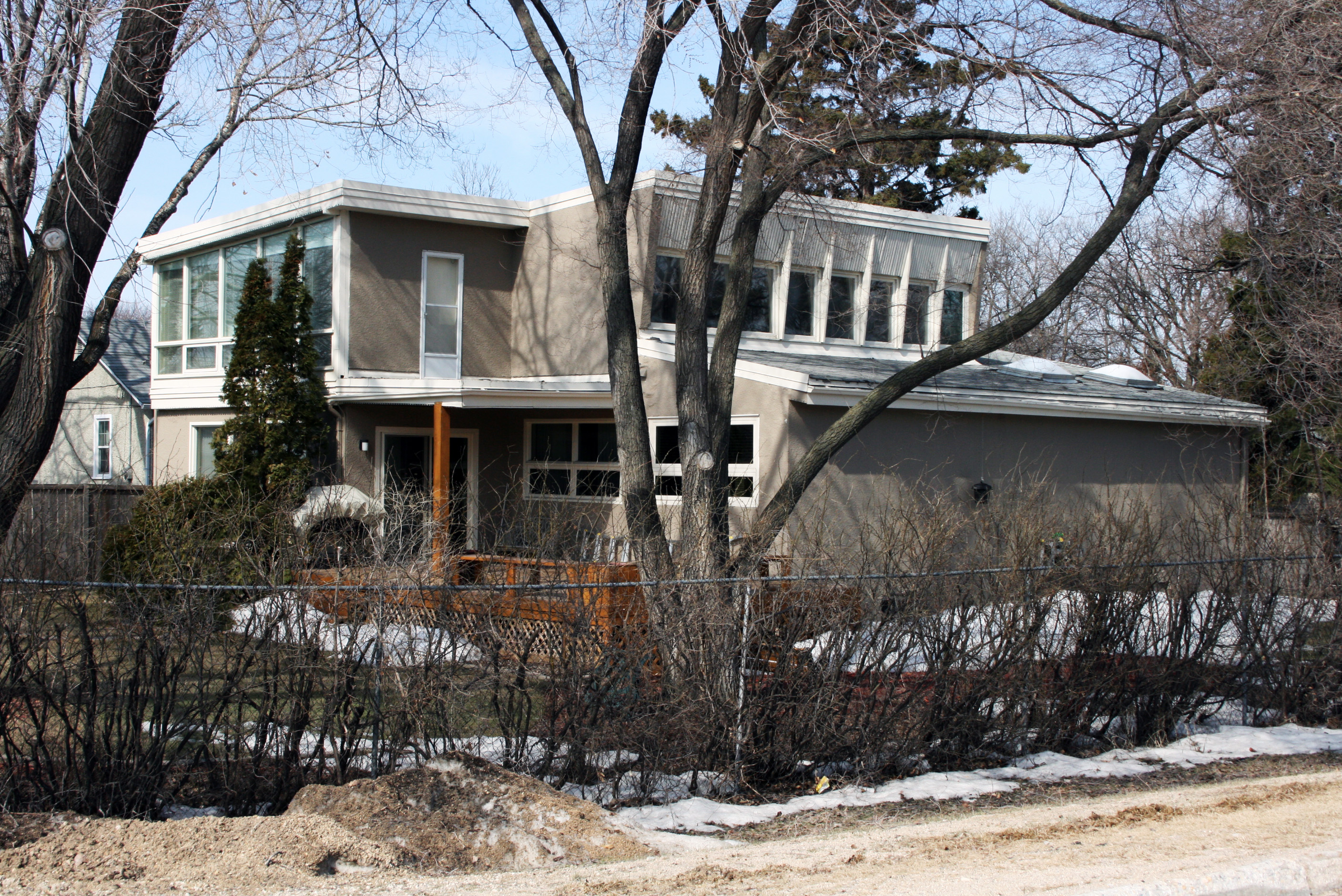 This one and a half storey home, built in 1970, is a striking presence at the intersection of Holly Street and South Drive in Winnipeg's Fort Garry neighbourhood.