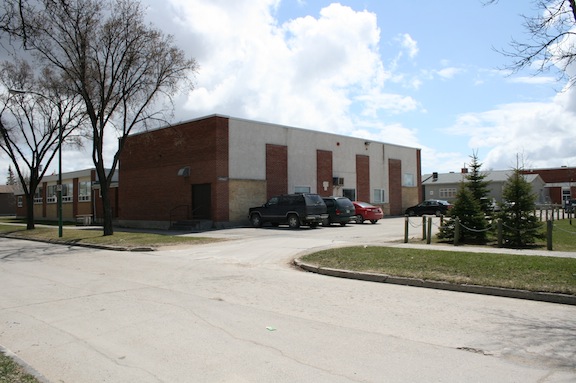 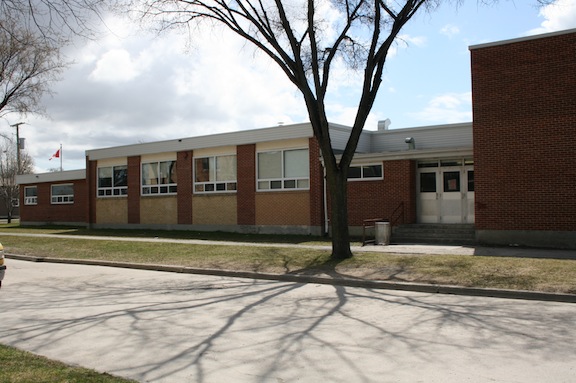 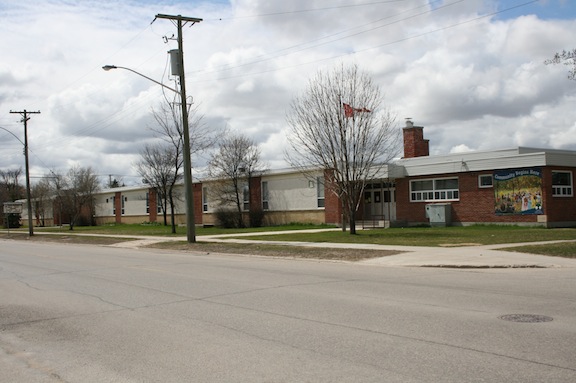 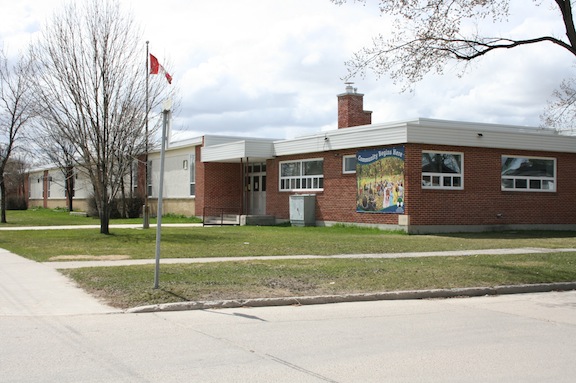 This immersion middle years school must have grown and changed each decade after its opening. It runs widely along the north side of Salter but also reaches back in three sections to give the school a great deal of space; portables and out-buildings also add to the square footage - all this gives an idea of the pressures of growth in this north end neighbourhood in the 1950s and 1960s. The oldest section of the school seems to be on the east end and centre block; here walls are built in two kinds of brick, with large original windows typical of the period but now mostly closed in.