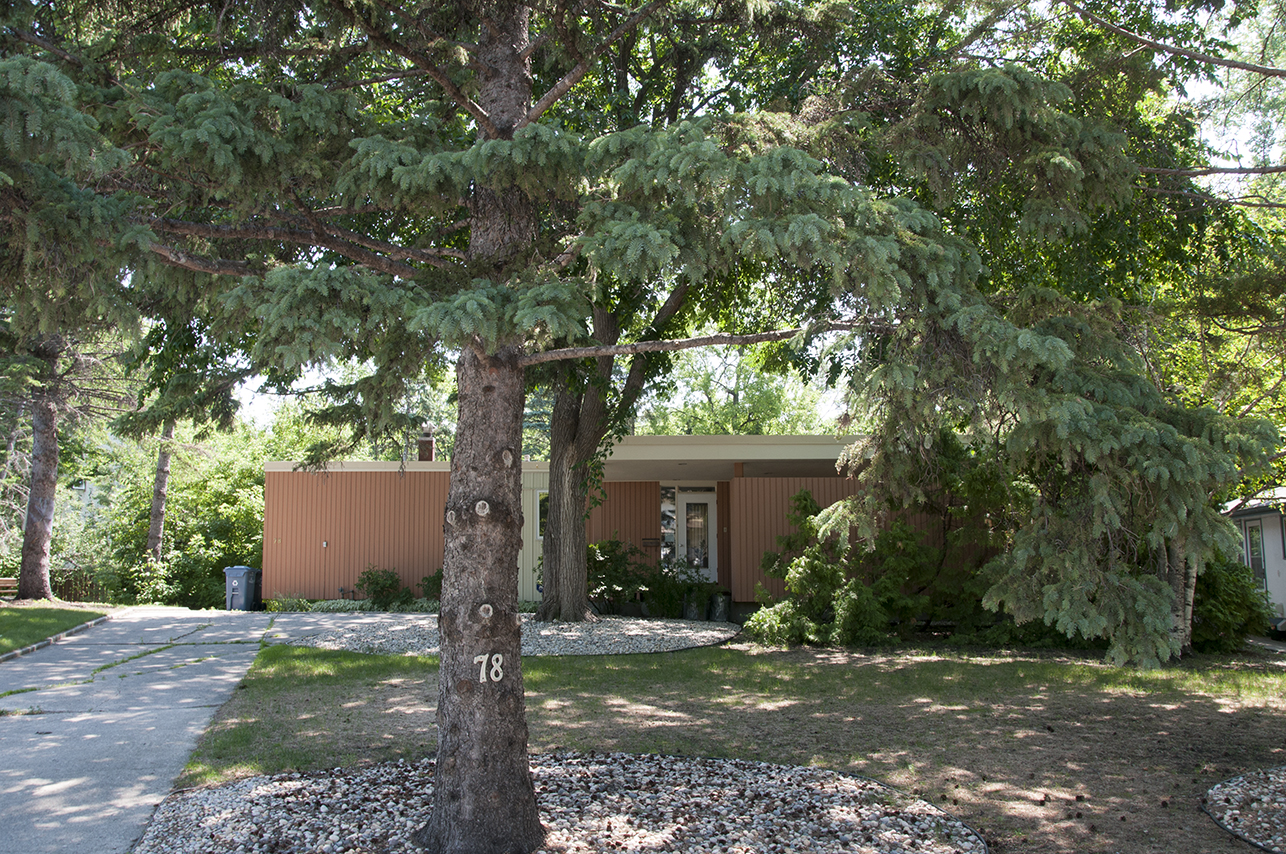 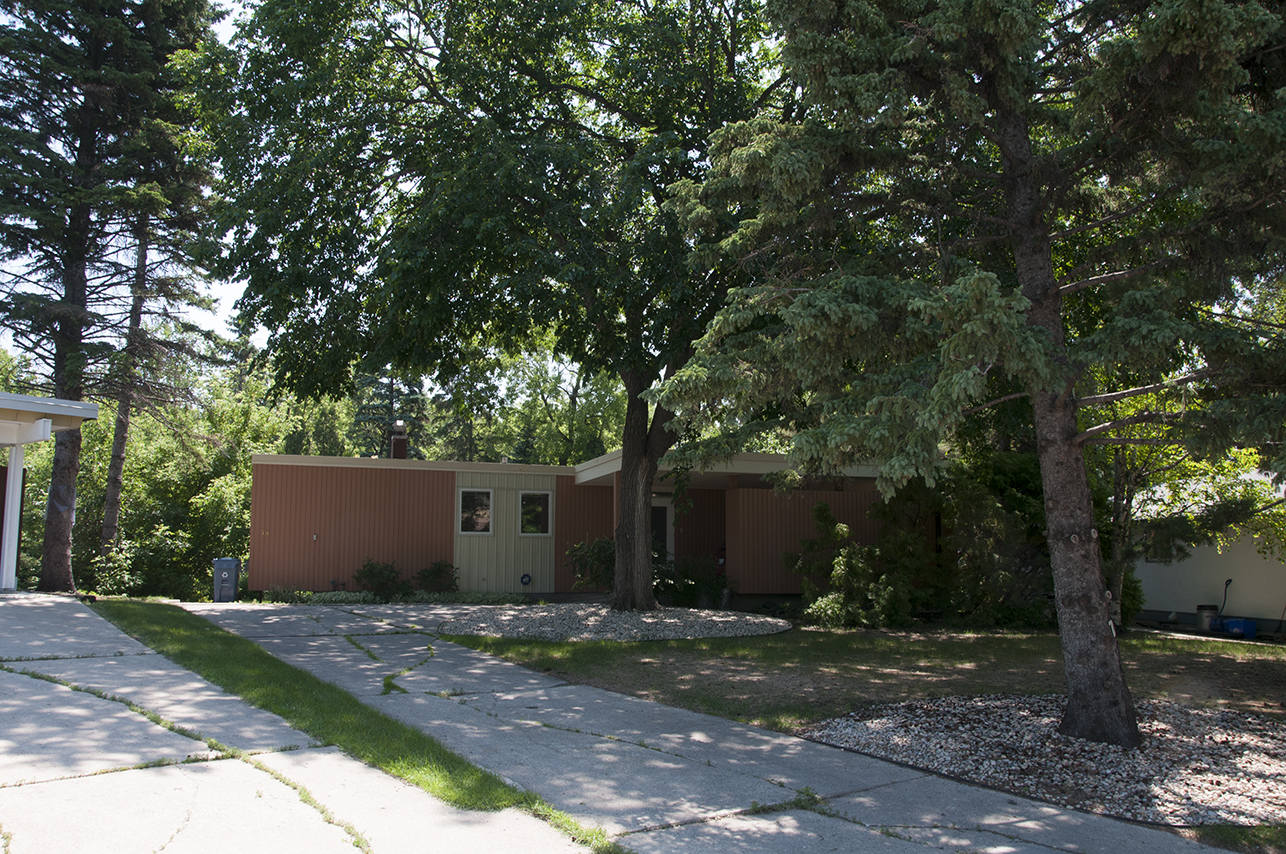 78 Thatcher Drive was designed by architect James Donahue for Fergusons, both professors at the nearby University of Manitoba. Donahue's colleague at the University of Manitoba School of Architecture, Gustavo Da Roza, executed the design for the house following Donahue's departure to Nova Scotia, and was responsible for small renovations in 1967. Much of the initial design remains visible. The original rear facade stucco has been replaced with metal siding.

78 Thatcher Drive abuts the north edge of the former Southwood Golf Course. The neighbourhood of Agassiz Park (also known as University Heights, College Heights and the University Crescent Subdivision) was originally part of the Rural Municipality of Fort Garry. In 1972 it was amalgamated into Winnipeg as part of the broader effort to expand the city through the consolidation of previously outlying municipalities.

This small subdivision is bound by Bishop Grandin Boulevard to the north, University Crescent to the west, the Red River to the east and the former Southwood Golf and Country Club to the south.