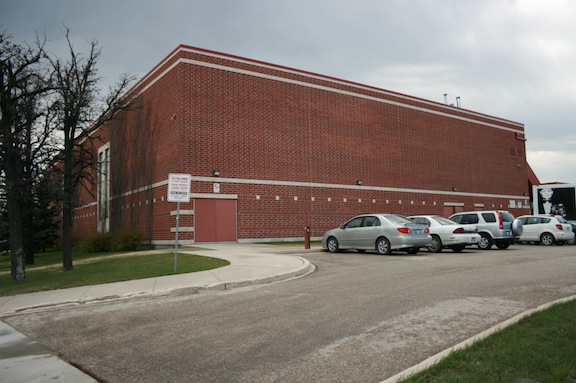 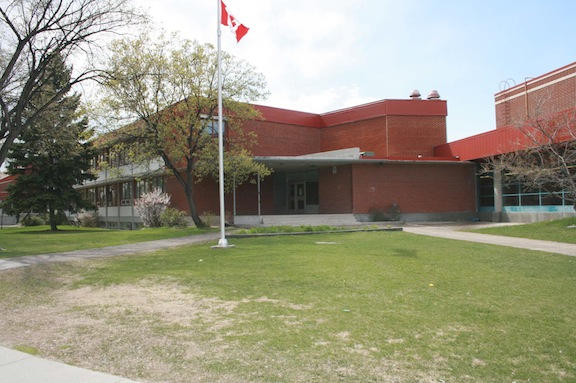 Glenlawn Collegiate has evolved significantly over the years. In 1956. an addition was made to a now-demolished building.

The 1956 academic wing by Pratt and Lindgren forms the centre of the school's facade and became the template for future additions. The building was originally a two-storey, self-contained structure with nine classrooms, a science lab and a library which is still on the second floor. There were some shops rooms in the basement. This section has retained most of its windows and its overall integrity.

One particular feature of note in this original section is the projection of the concrete slab to jut over the windows and form a permanent sunshade on south-facing windows; in this case, the most public side along Fermor Avenue.

A large complex, the school is U-shaped around its parking area to the rear, with the gym anchoring the east side and an academic wing, large auditorium for performing arts and shops on the opposite side.