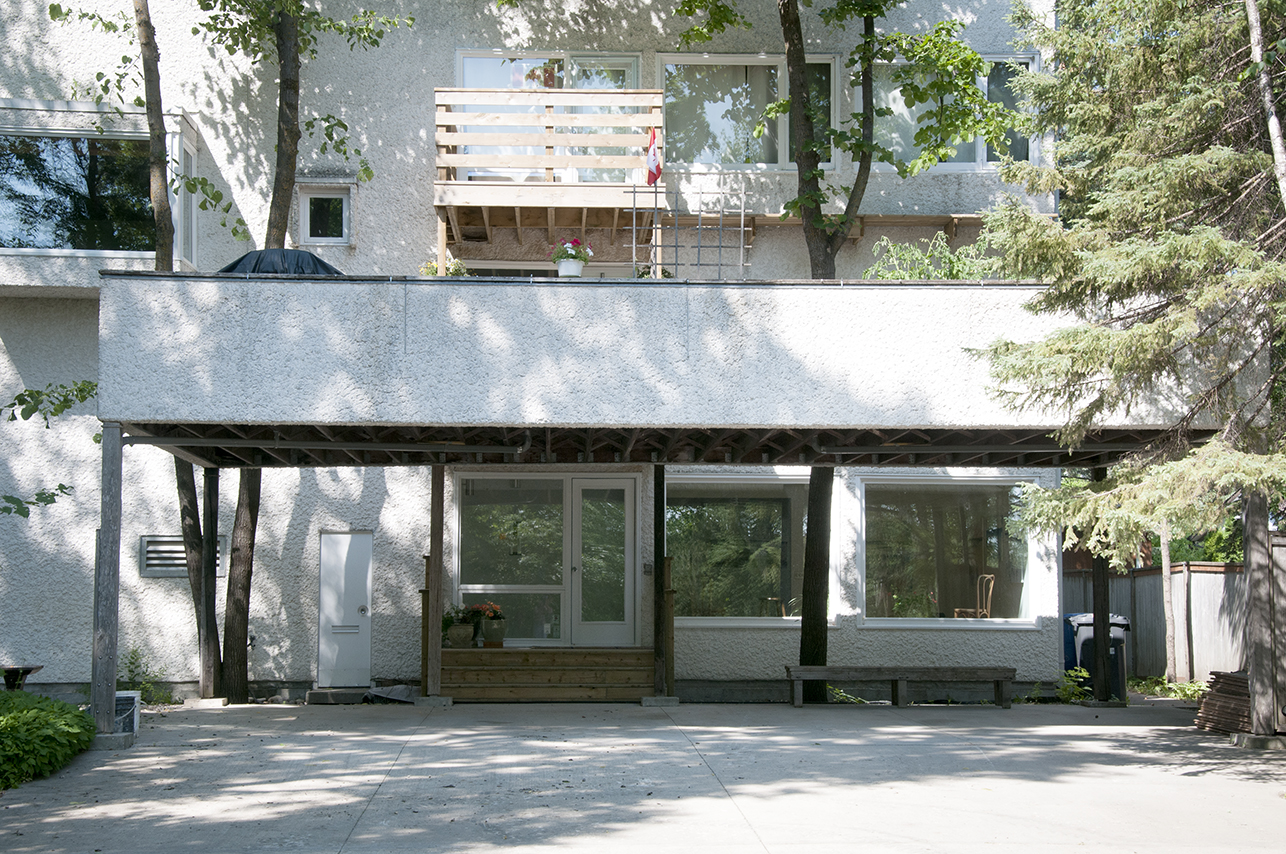 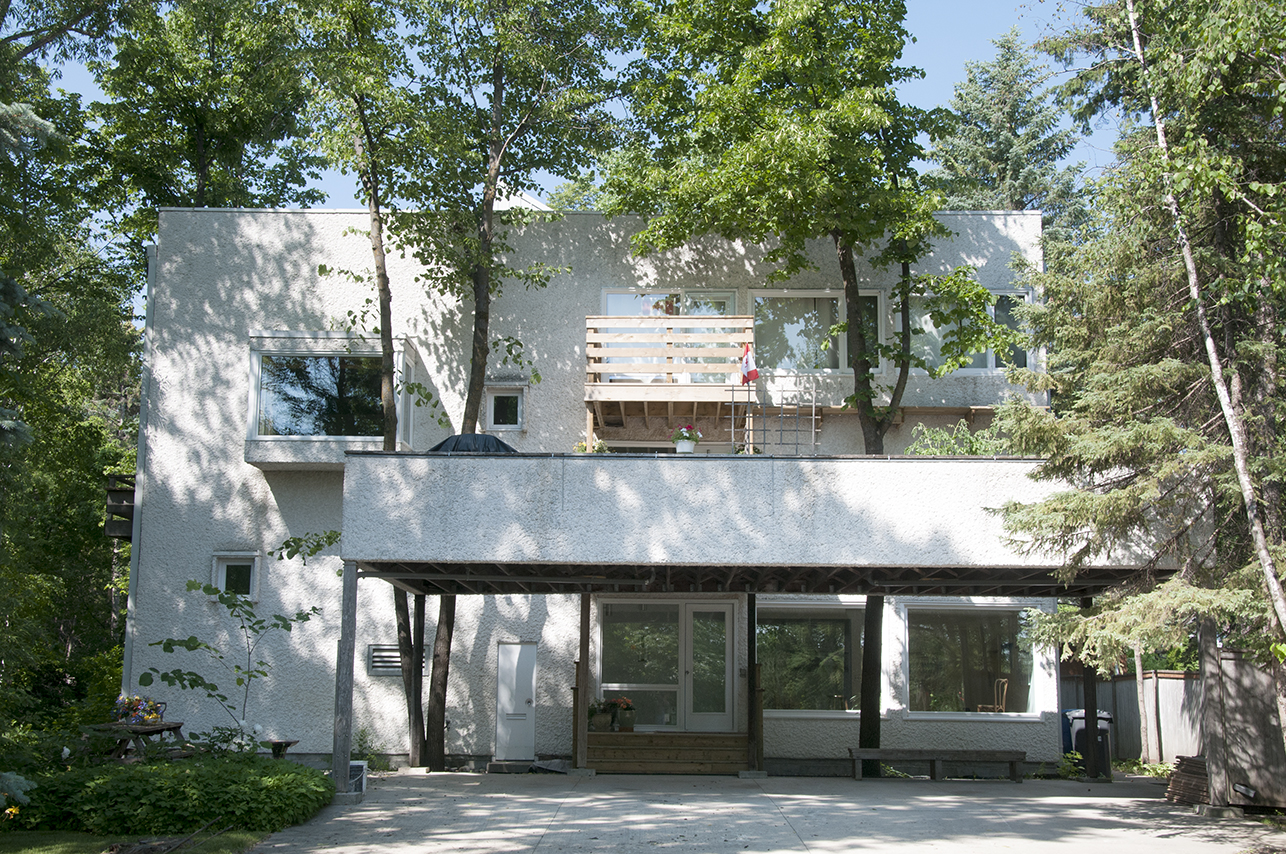 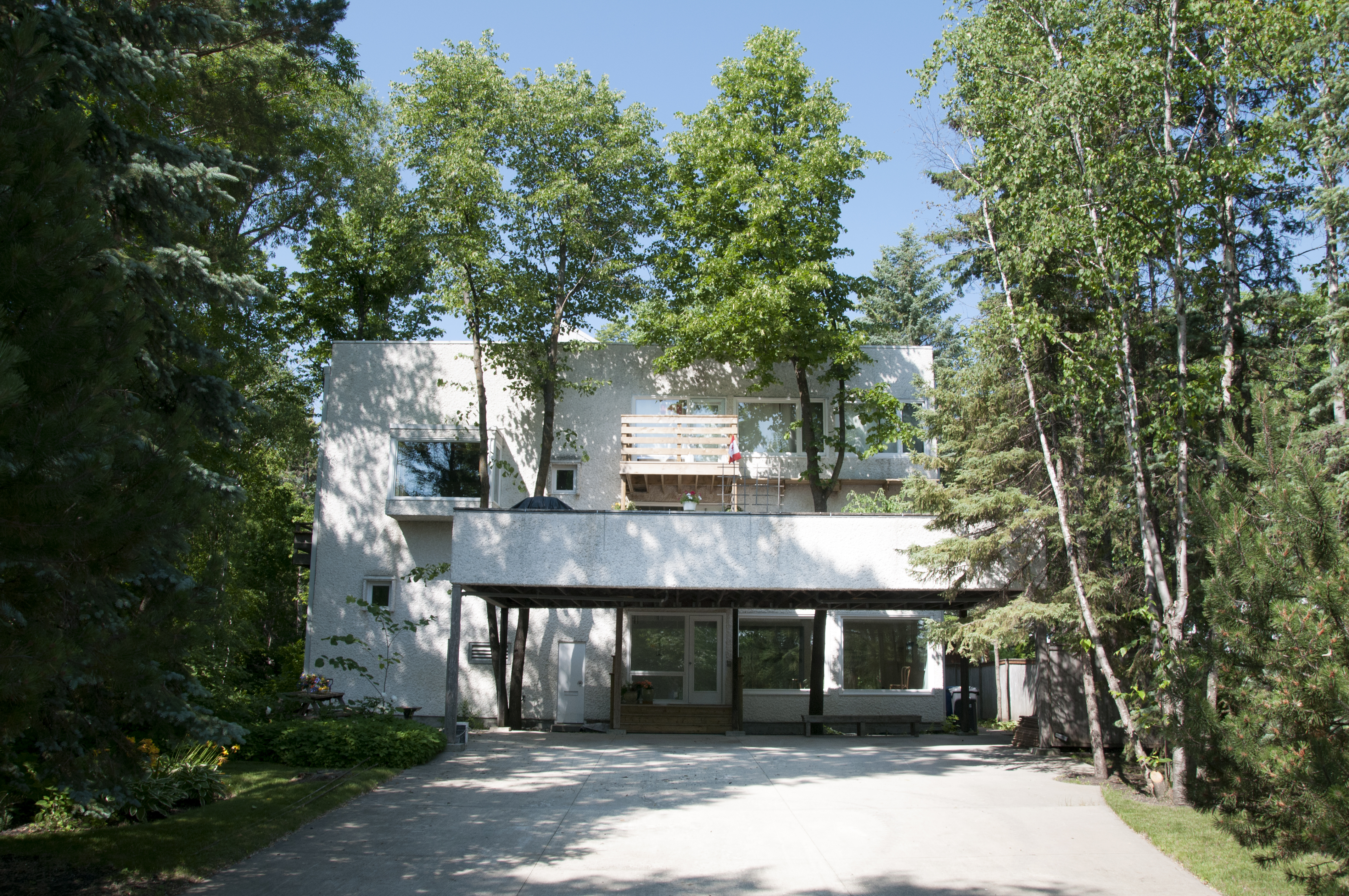 This modernist home, with a distinctive and simple stucco facade, was designed by the French-born and trained architect Jacques Collin.

In 1964 Collin emigrated to Winnipeg to work as a professor at the University of Manitoba Faculty of Architecture. Collin conceived the home as a residence for he and his wife. Belying a largely sparse exterior, the home's interior is comprised of a complicated design, and the building is topped by triangular skylights. This structure also was originally designed to house a pool and other recreation spaces, on the building's west side. The architectural firm that designed the planned grotto next to the pool also designed the Milwaukee County Zoo. The plan was to replicate in the city the features that drove many Winnipeggers to cottages during the summer months. The original design was two-feet too tall to comply with city bylaws. In response, the house had to be altered mid way through construction.

The interior took the idea of an open floor plan to new heights, with only one door in the entire house (the bathroom). Supposedly, this made completing the interior finishes a challenge, as no door separated the sleeping Collins from the workers. One advantage to the open floor plan was that it could be converted into rental units. The Collins attempted to convert their home into rental units, only to be stopped yet again by city bylaws.