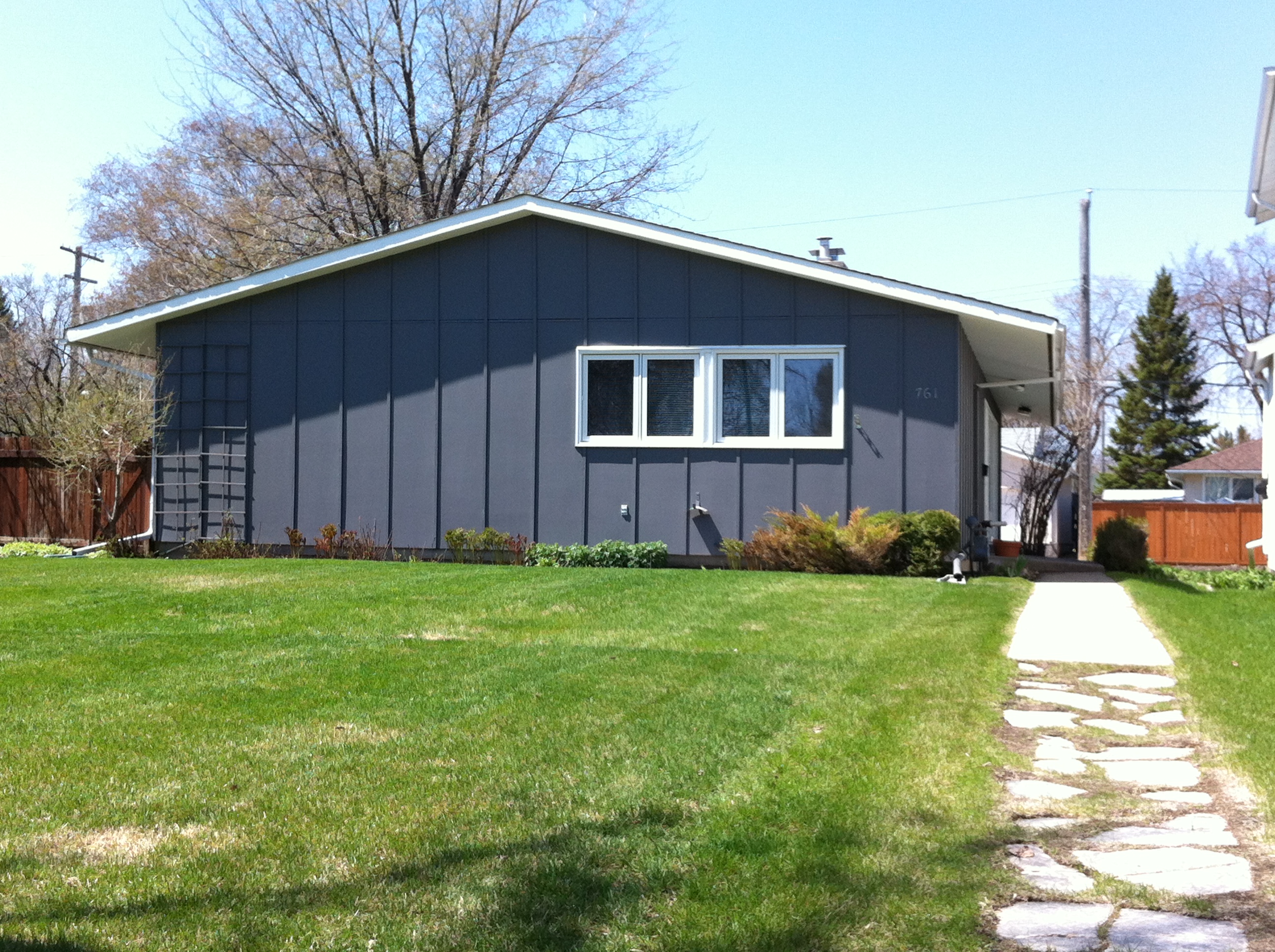 This home was designed by Max Herst, a 1948 graduate of the University of Manitoba and an architect and partner with the notable city firm of Green, Blankstein, Russell and Associates. The house's front elevation presents a more traditional suburban image while the side elevations and the interior demonstrate the architect's modernist inclinations.