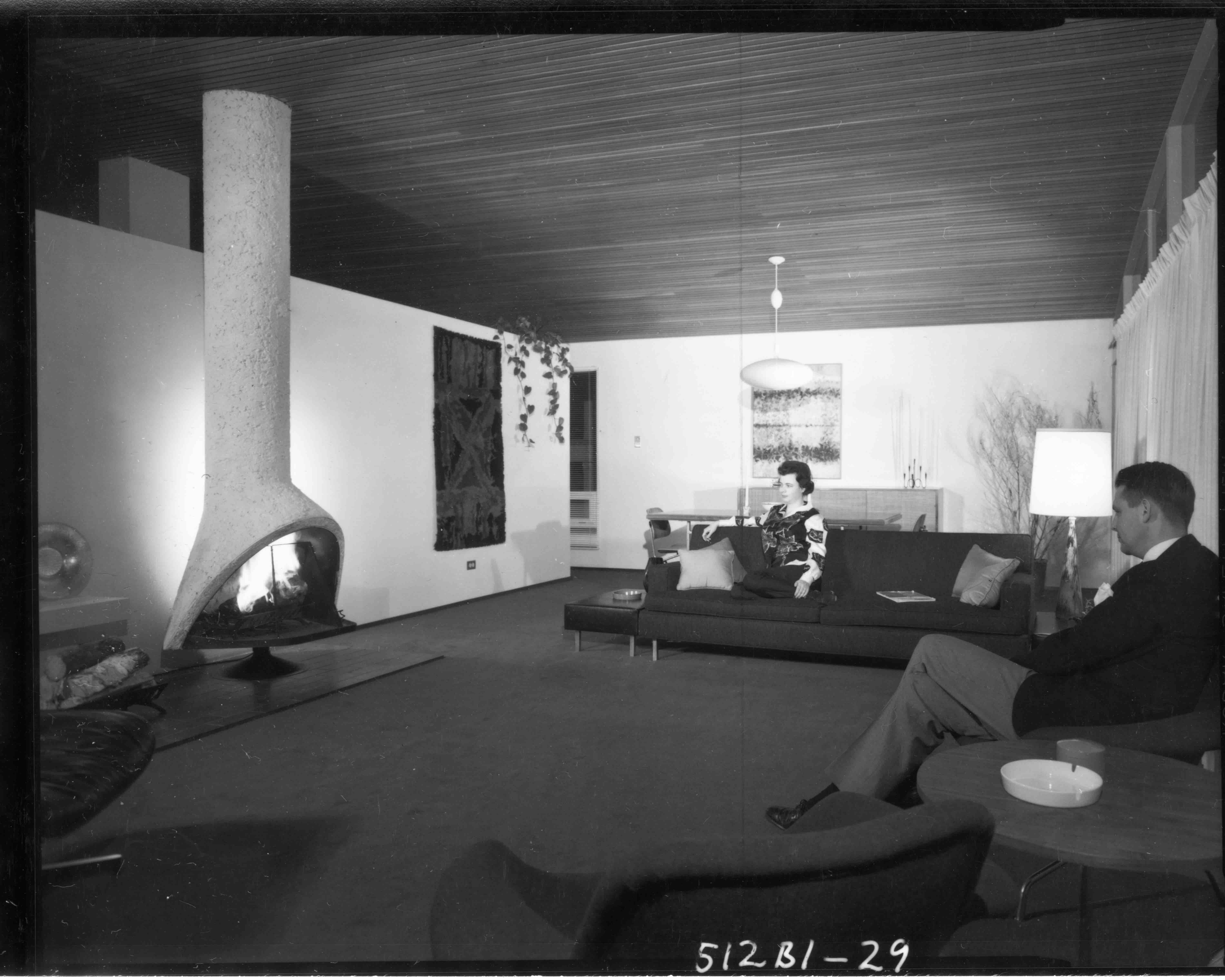 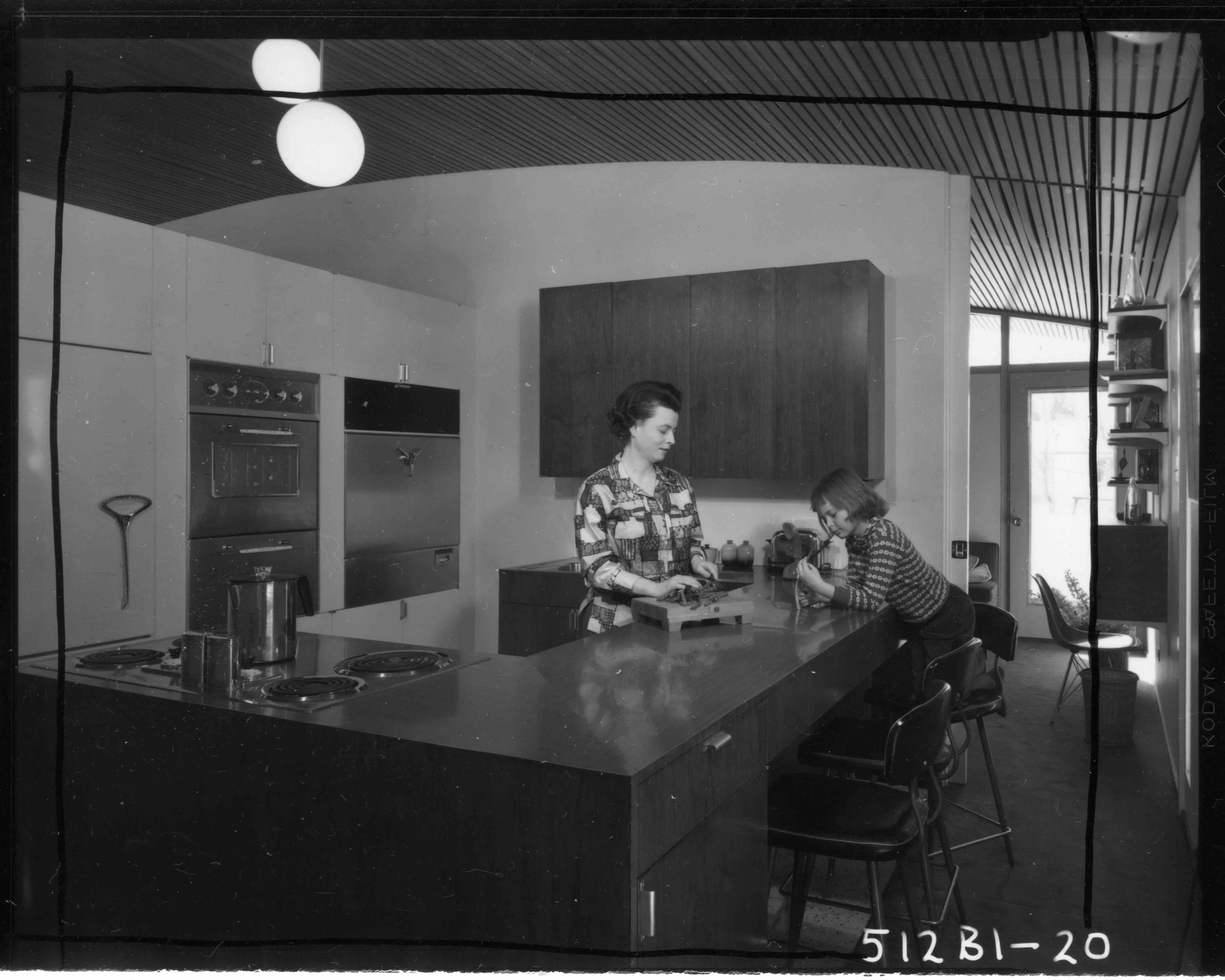 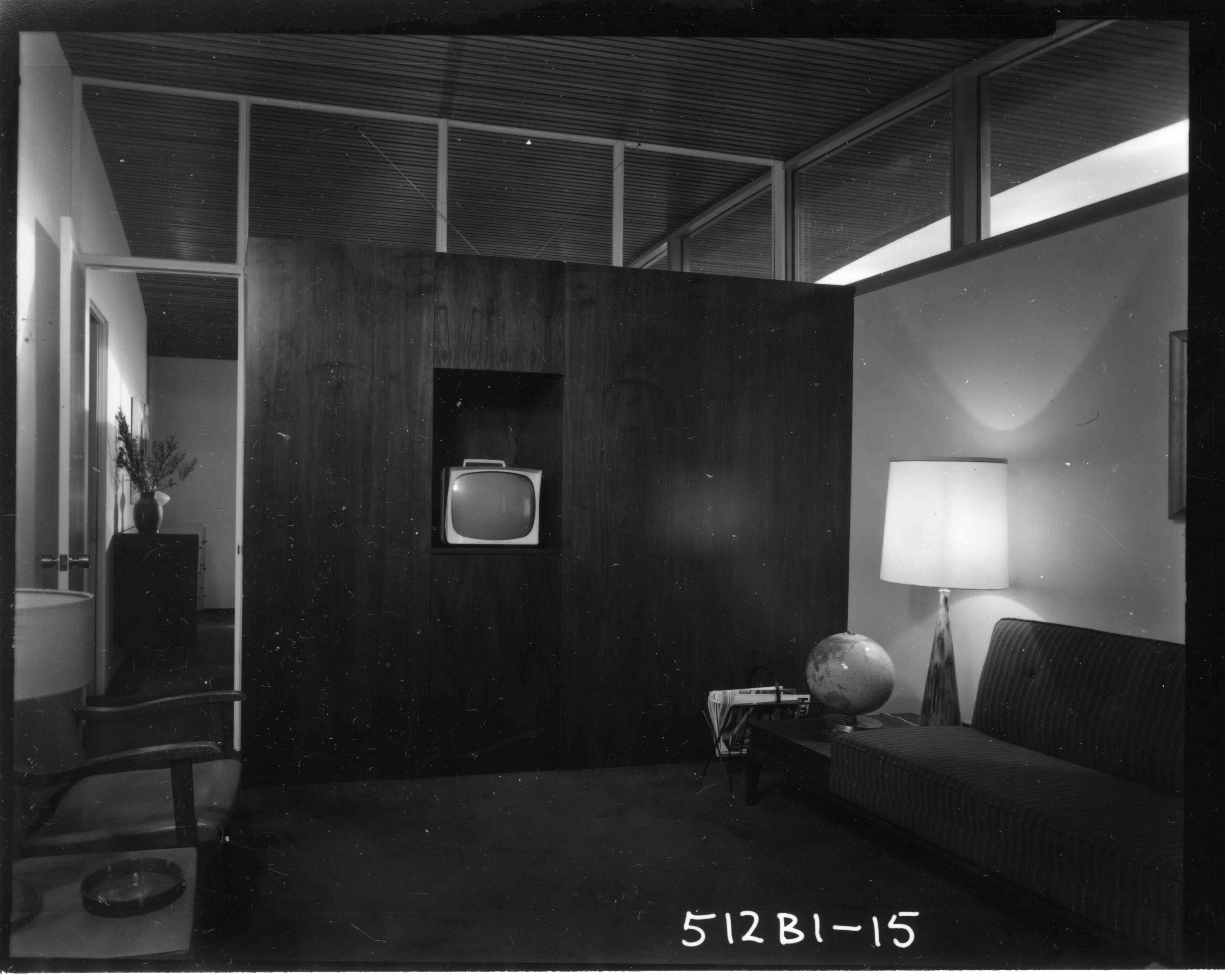 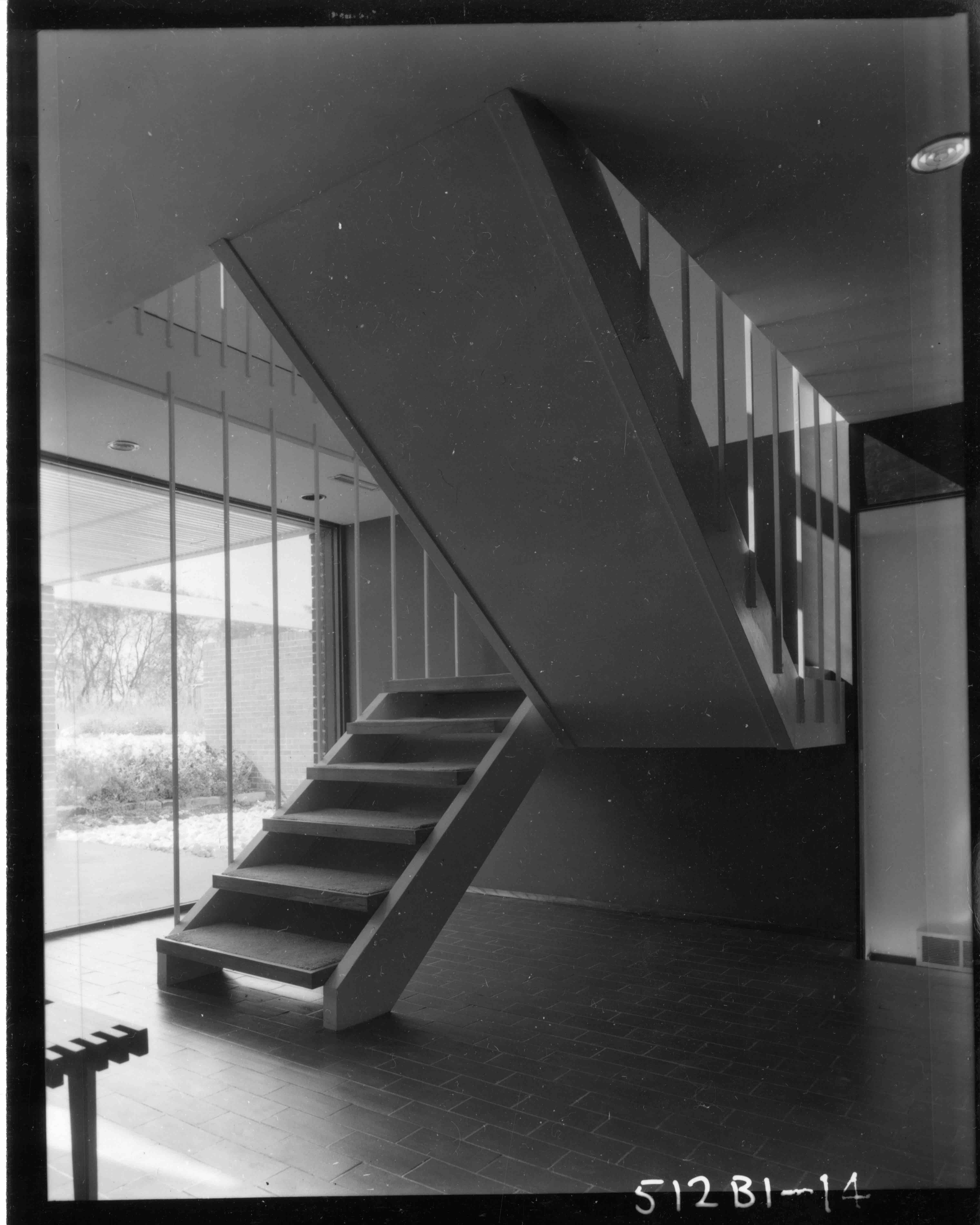 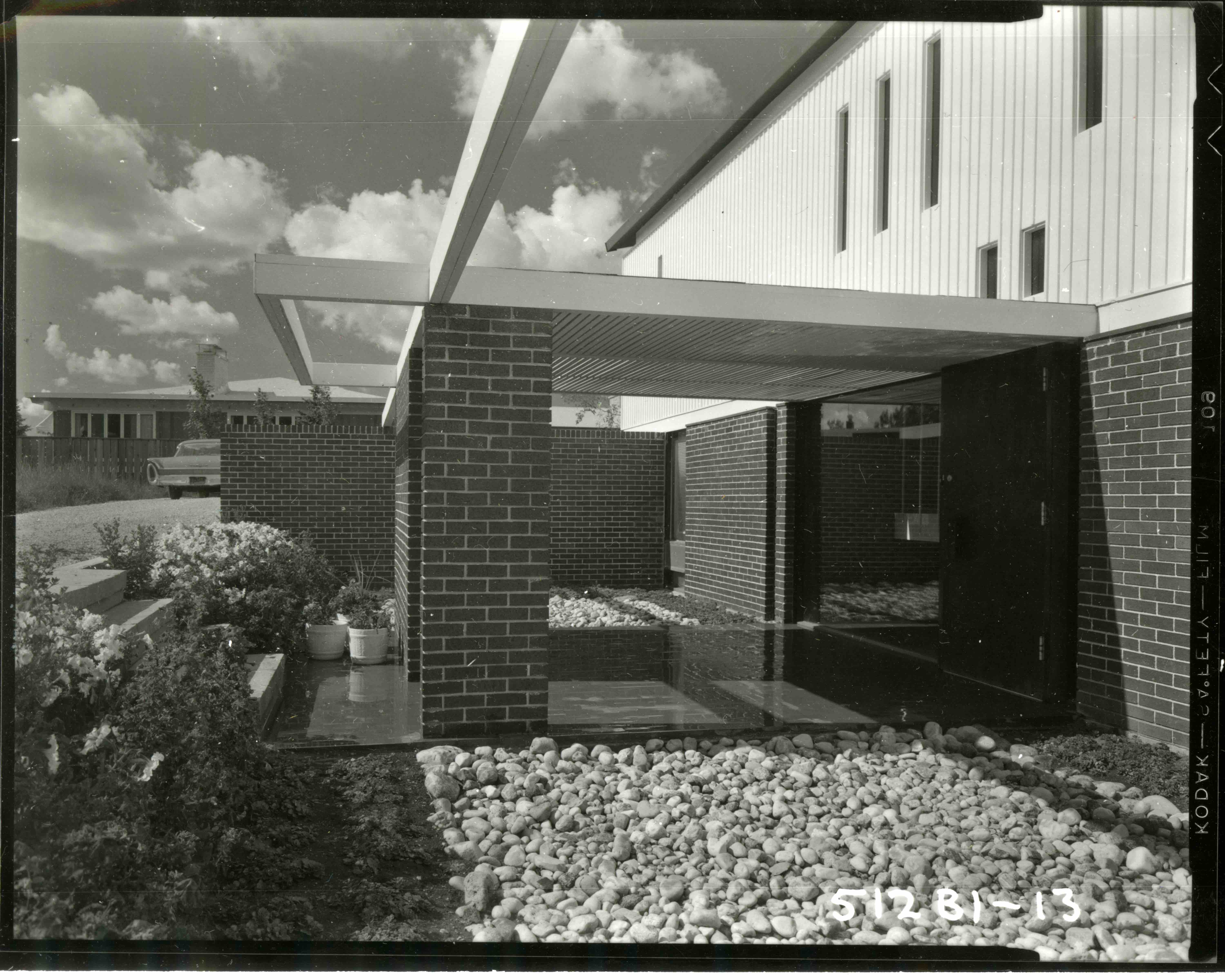 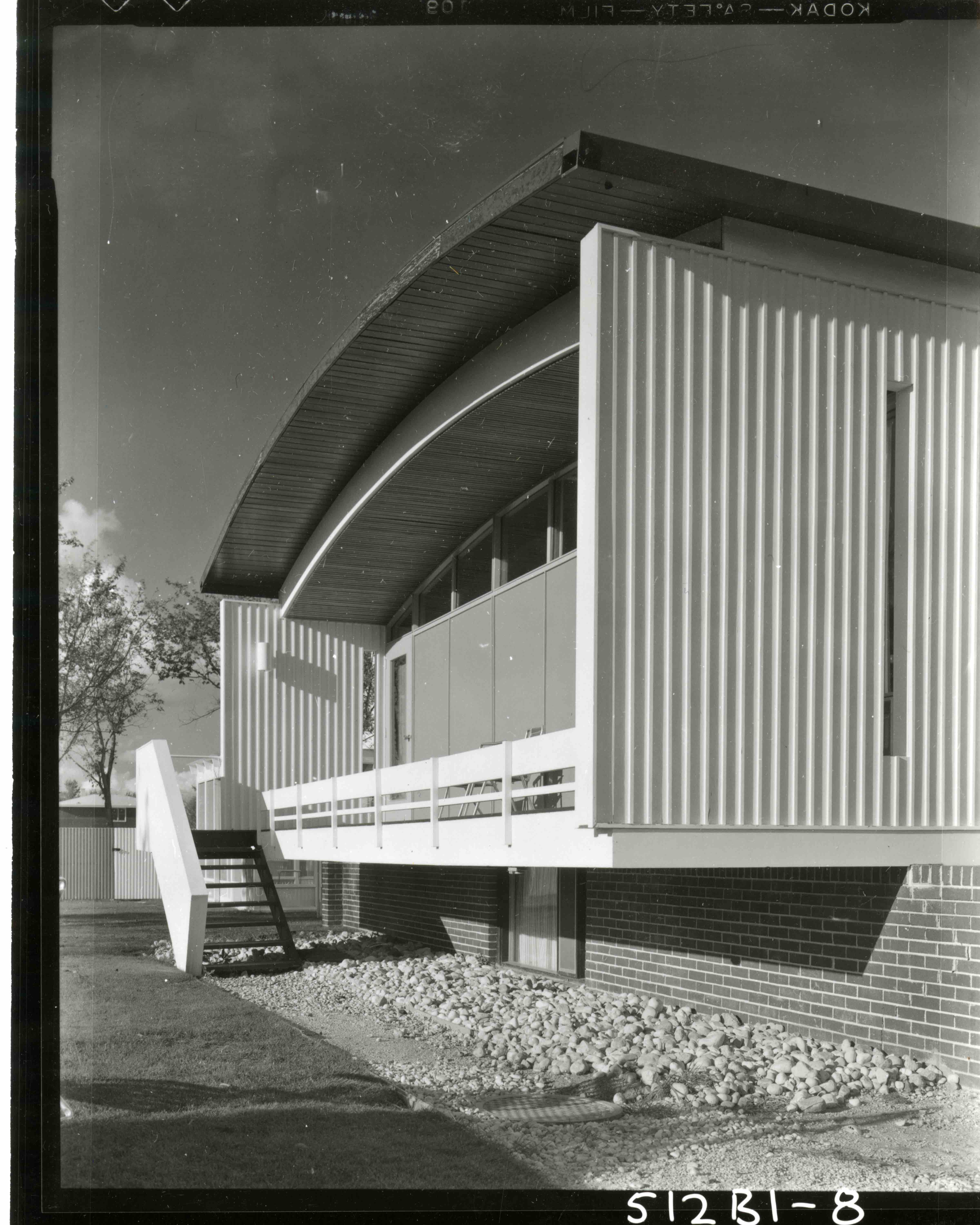 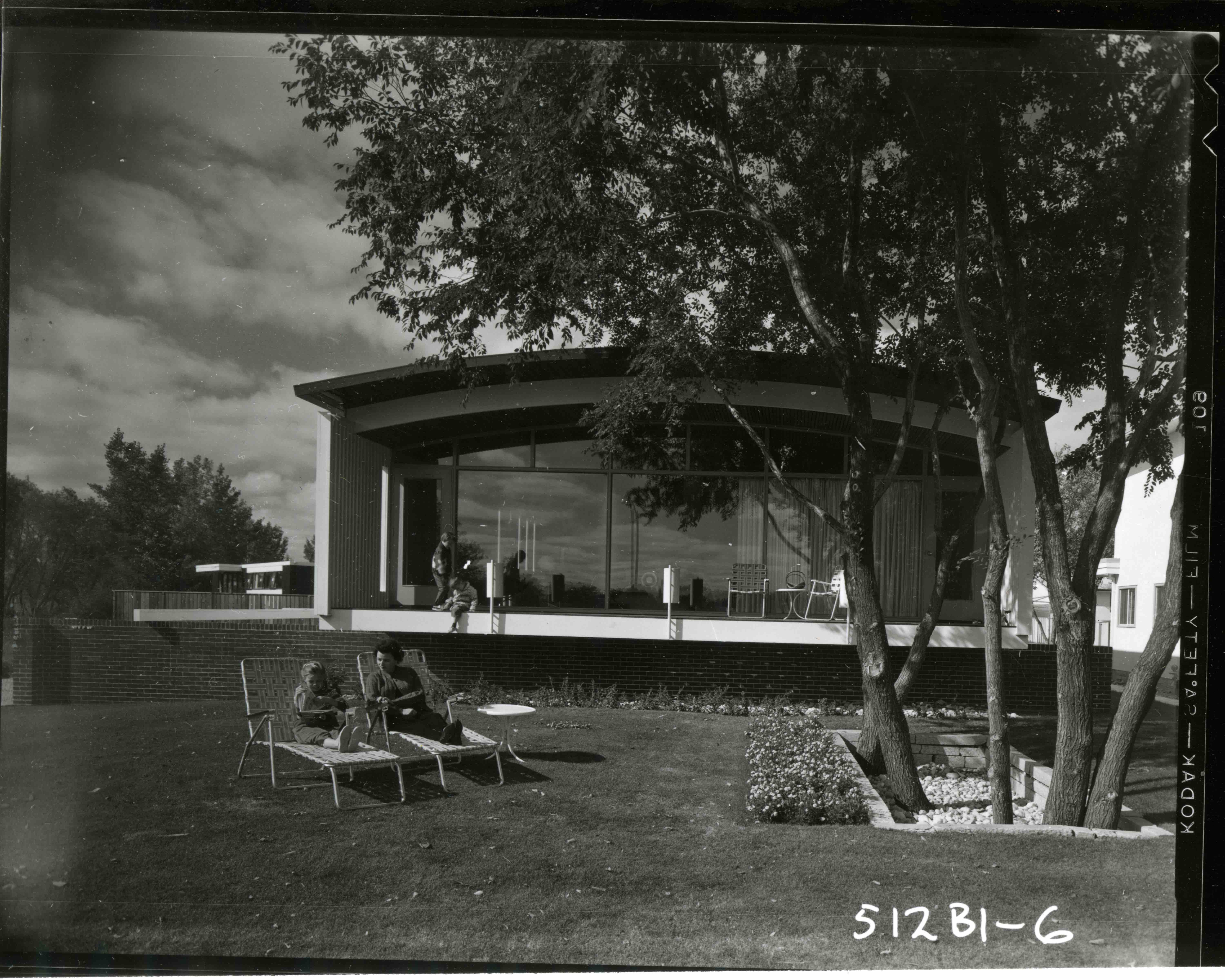 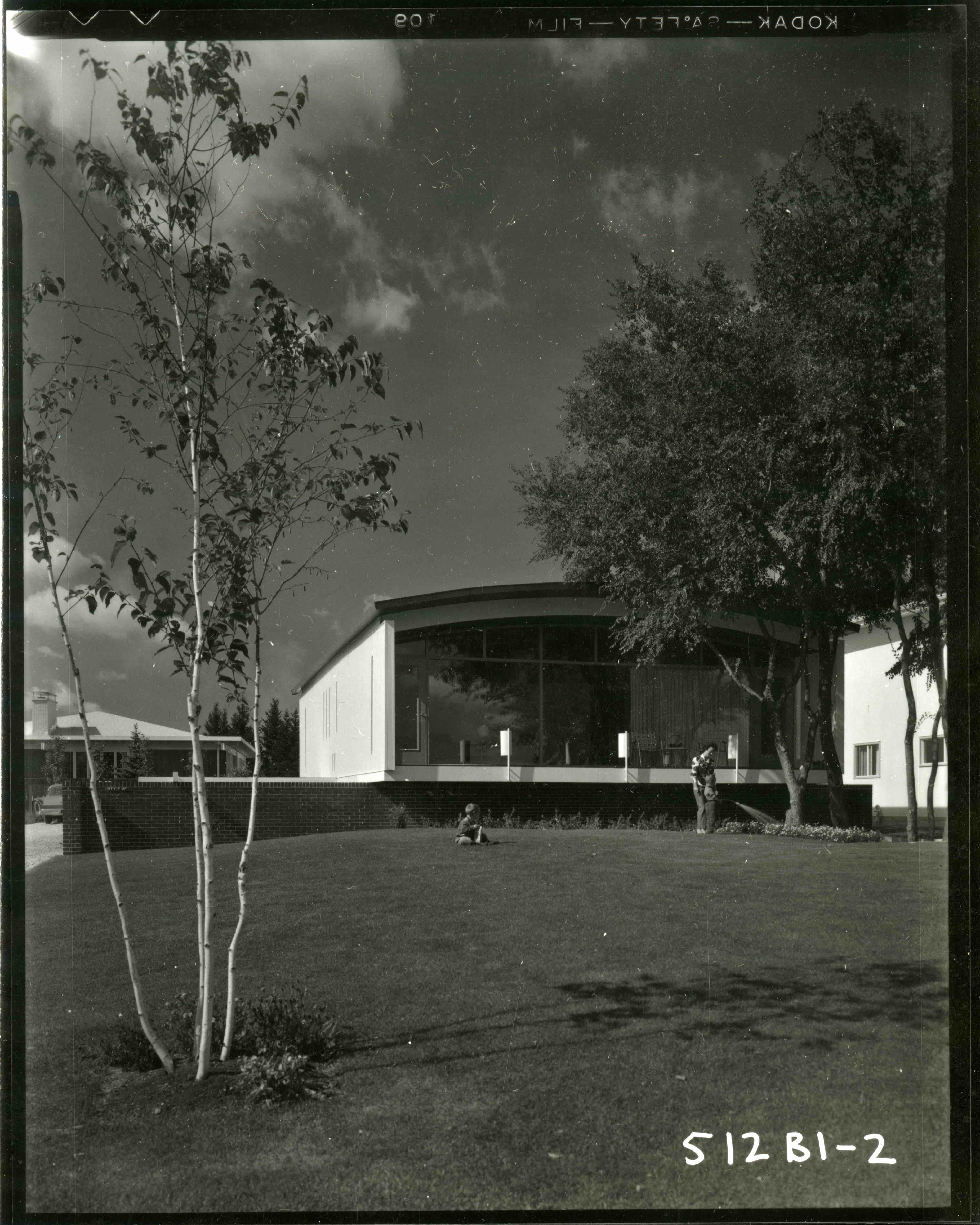 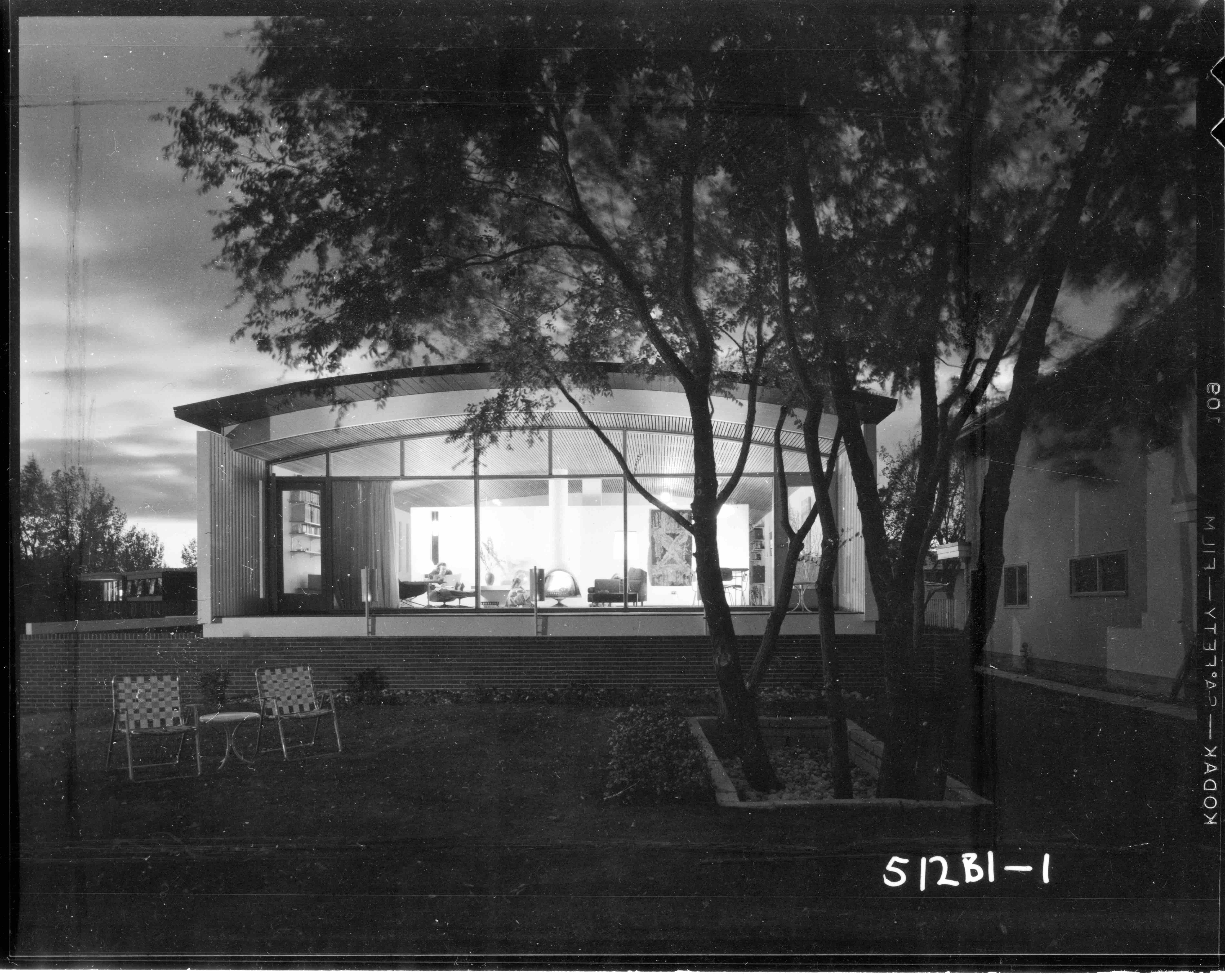 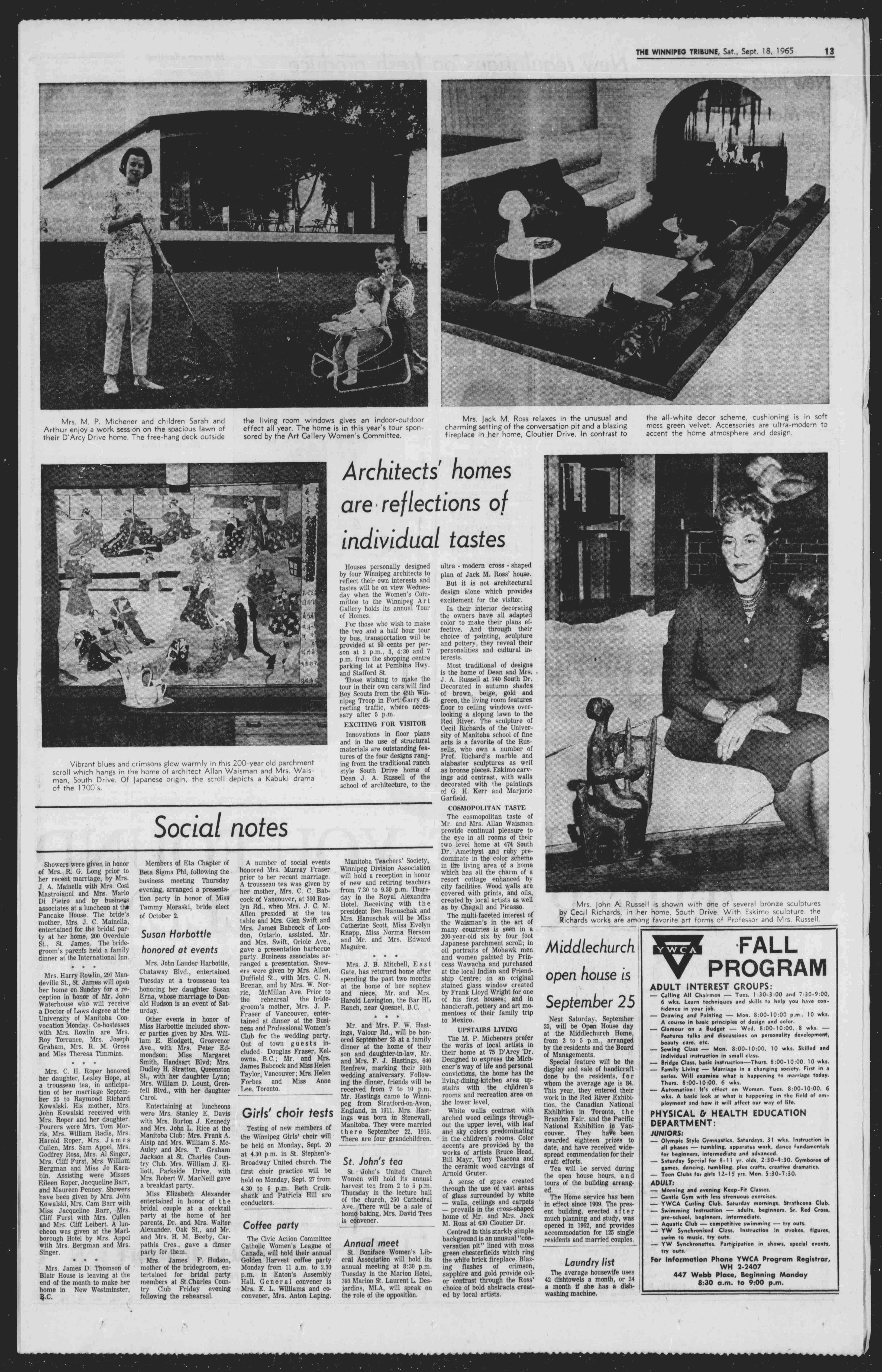 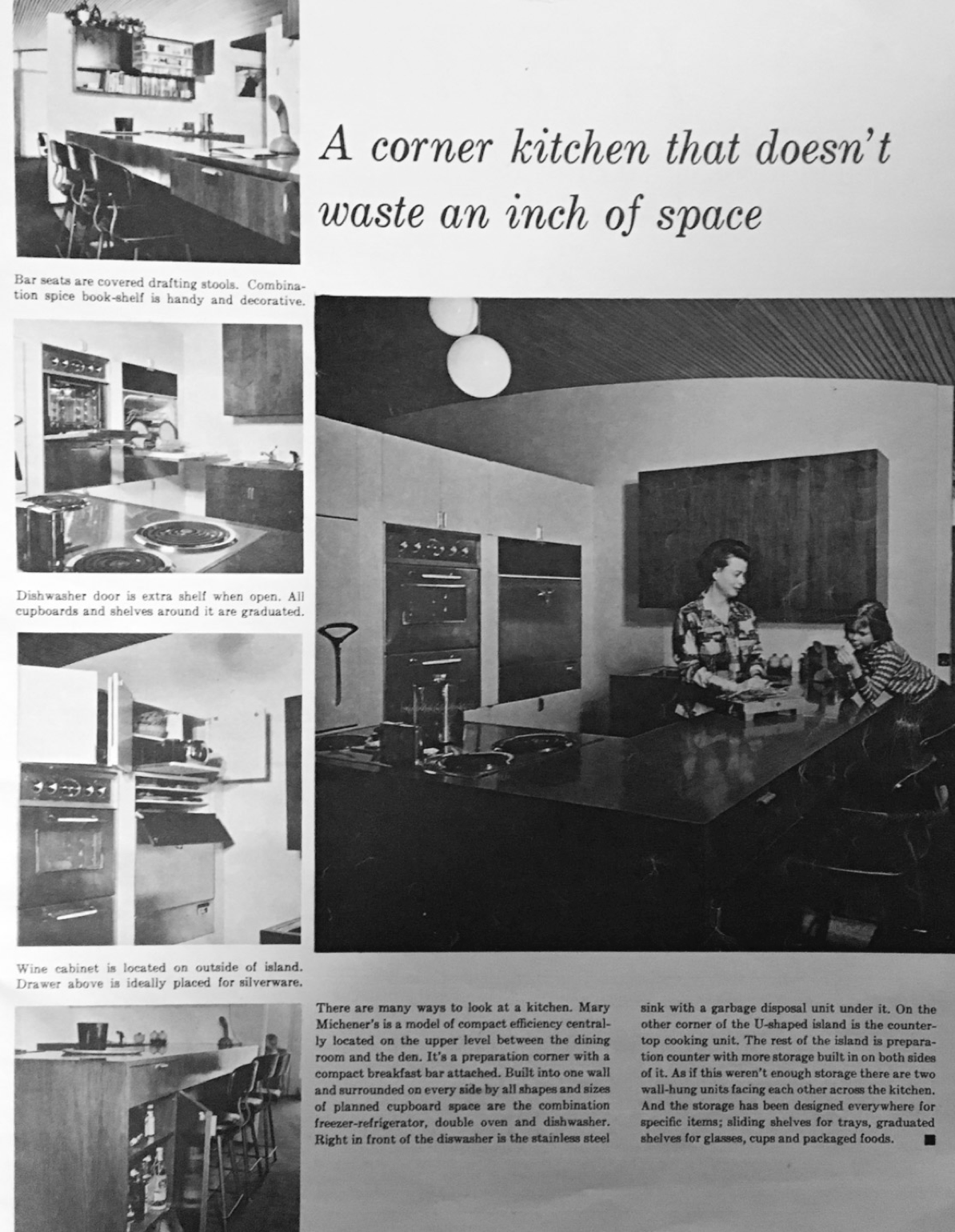 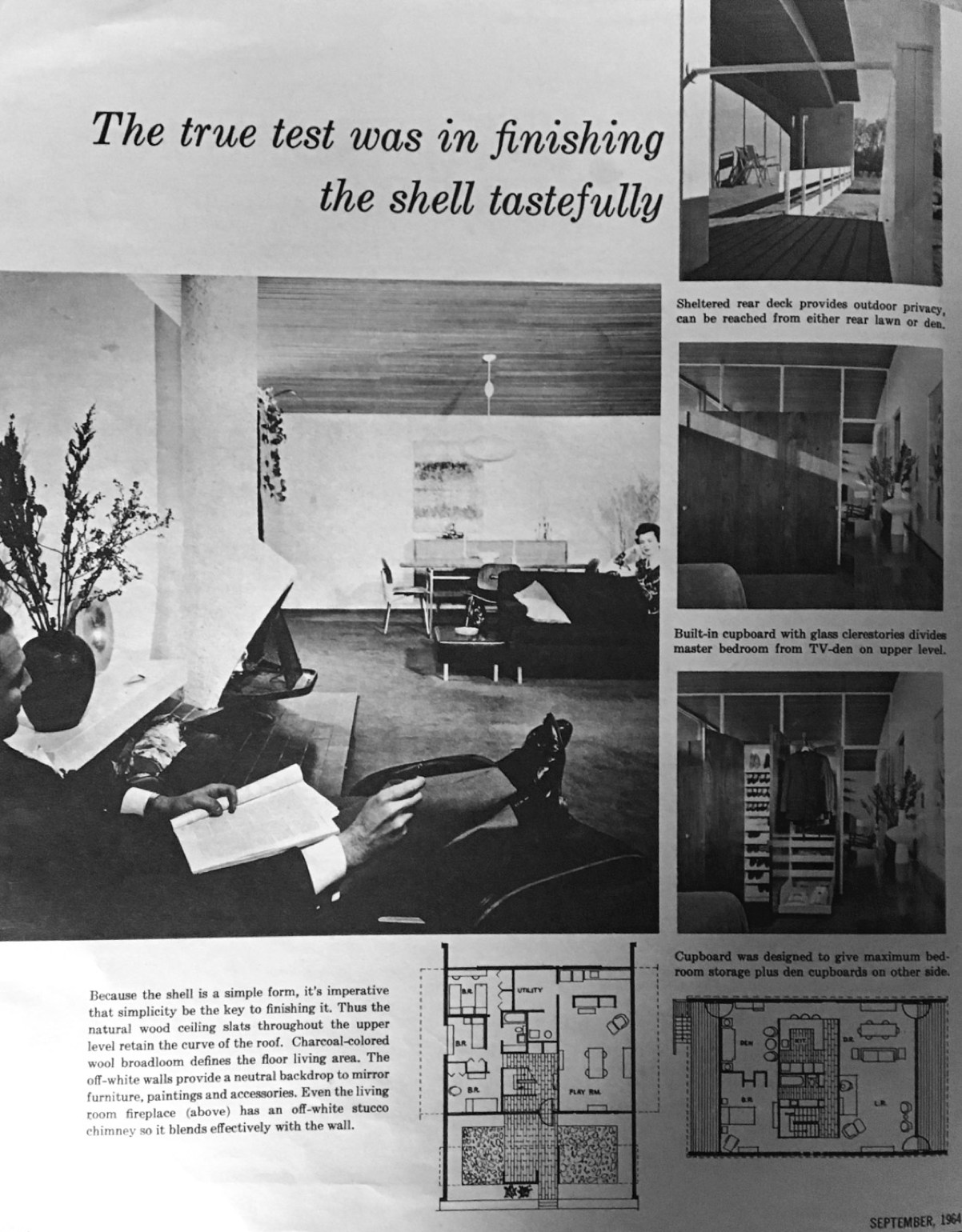 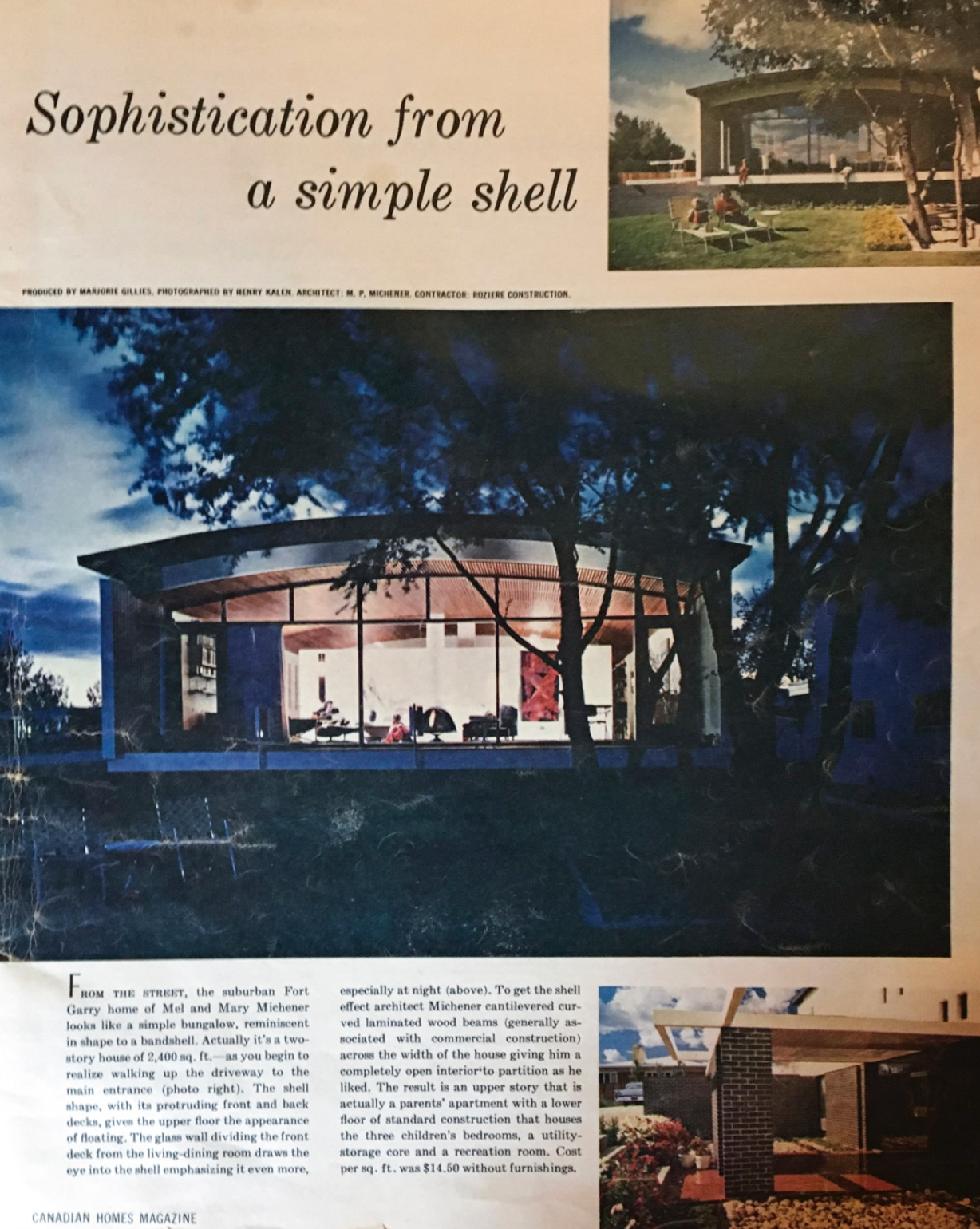 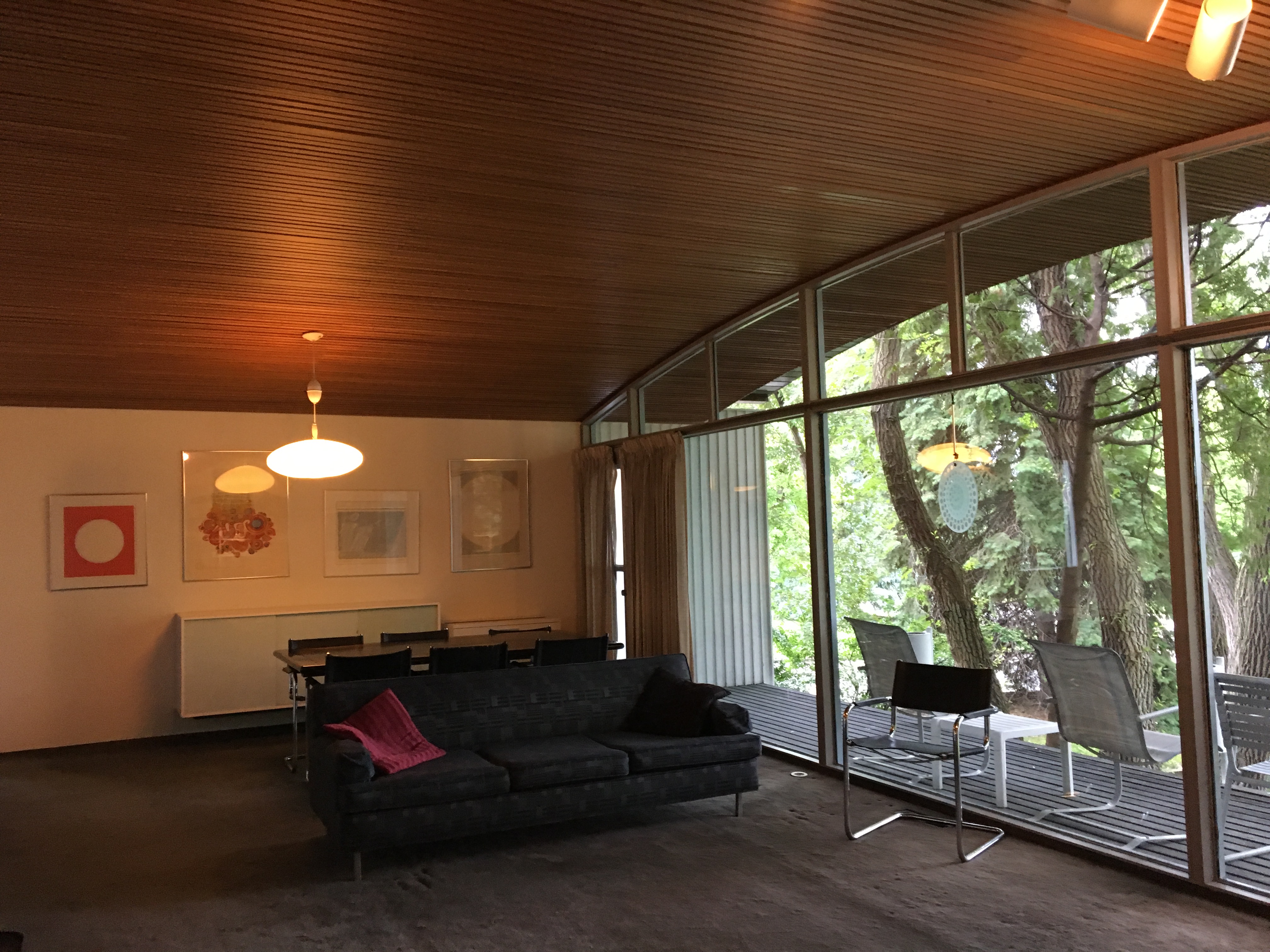 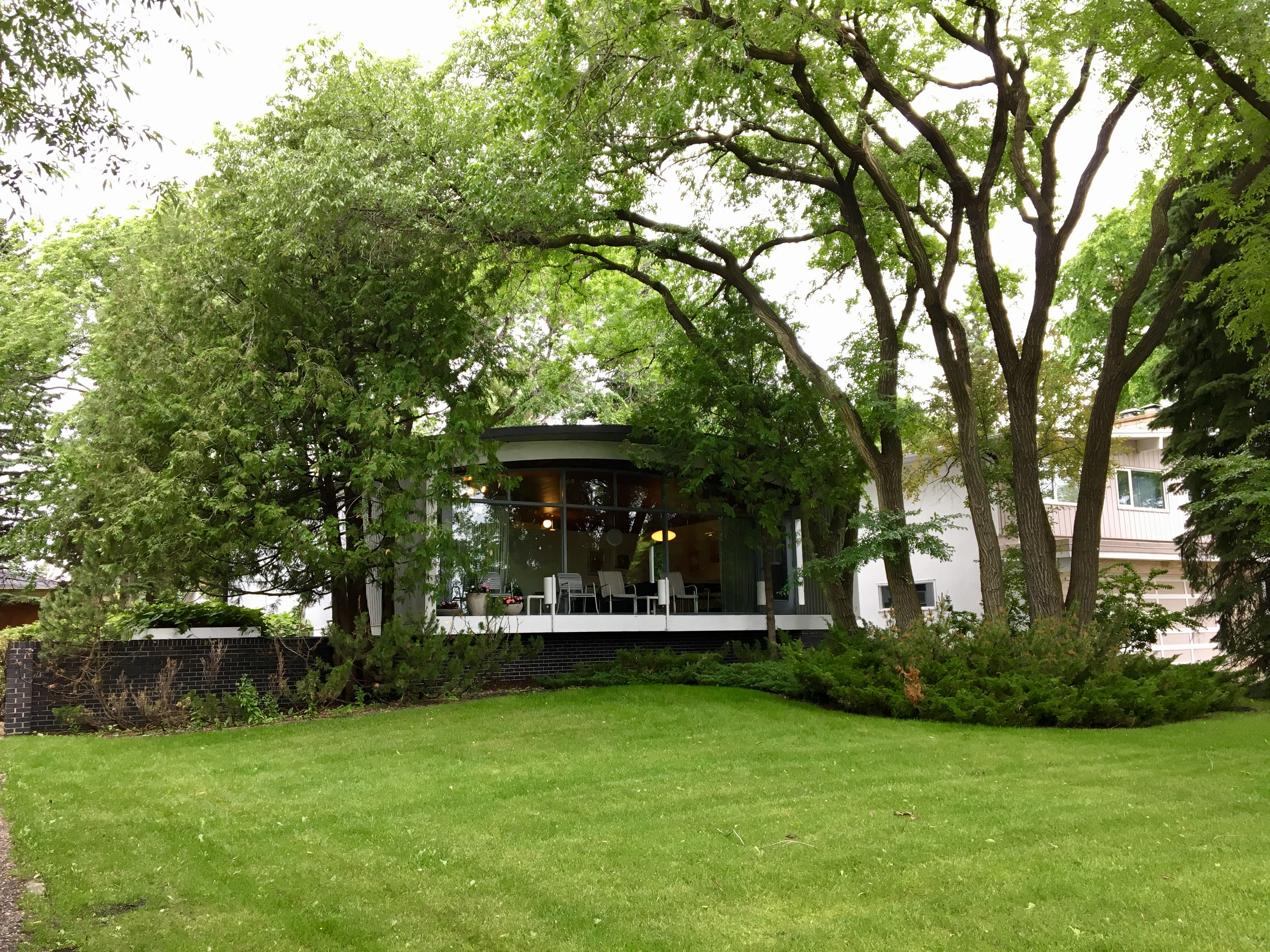 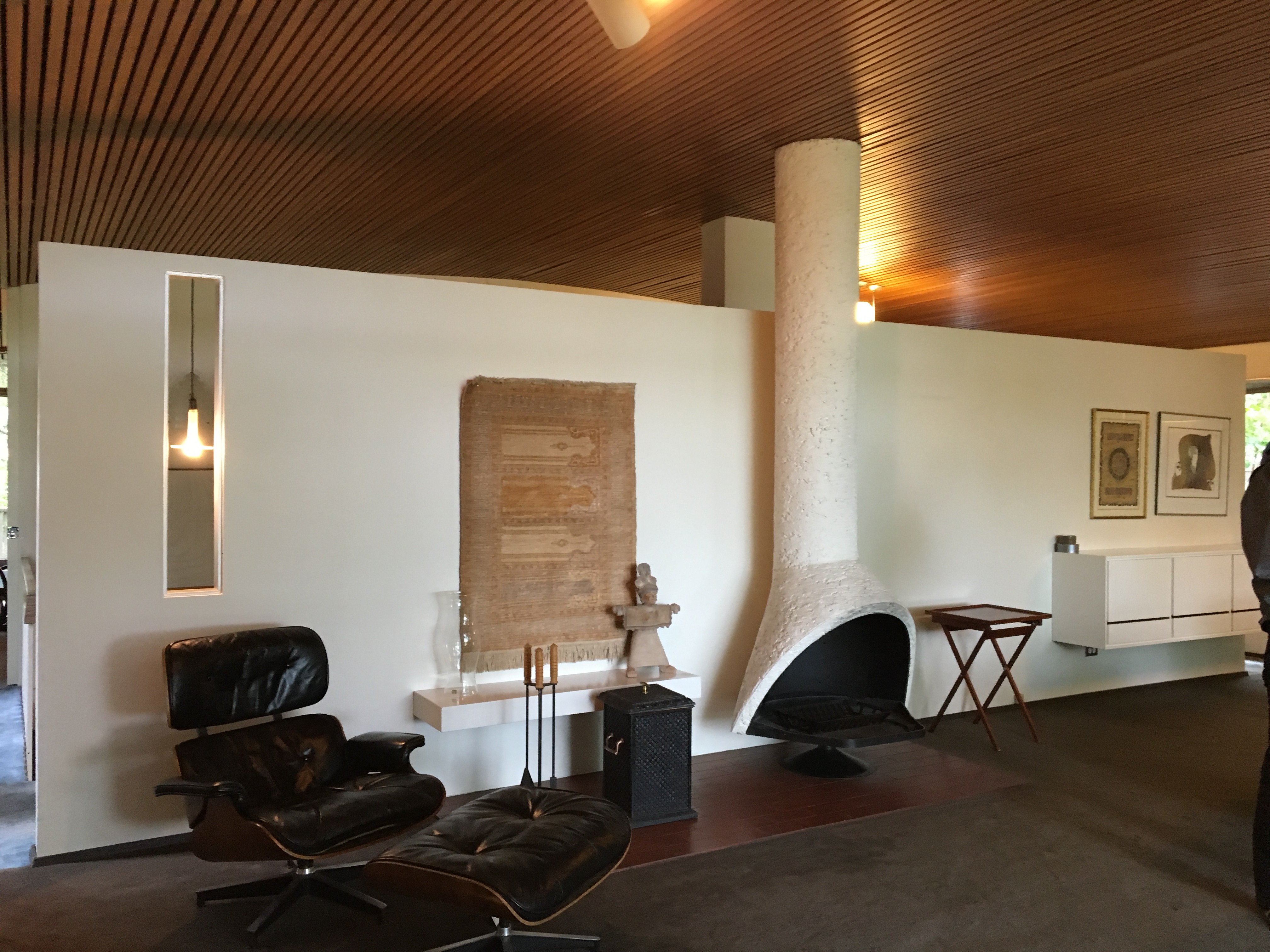 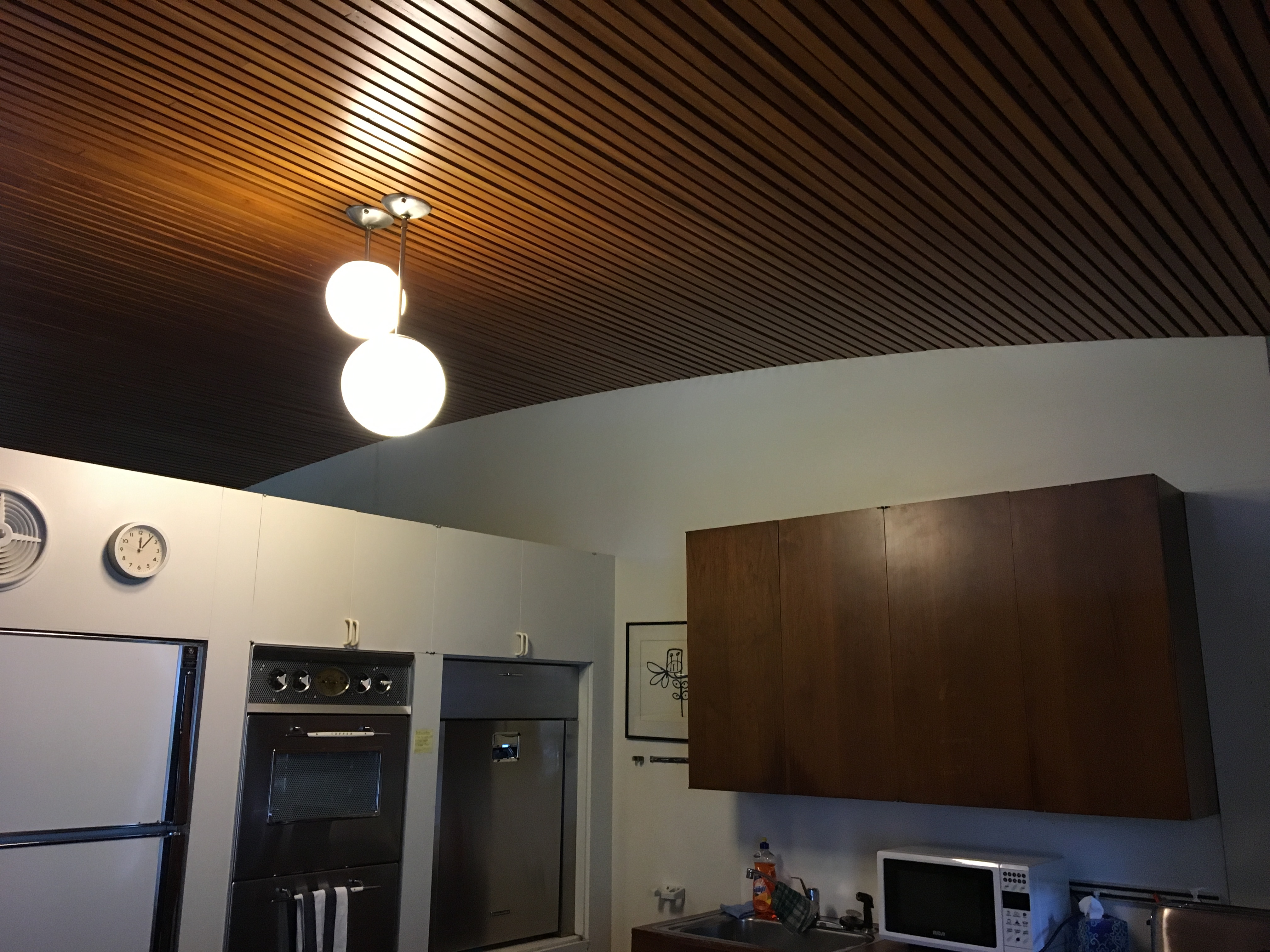 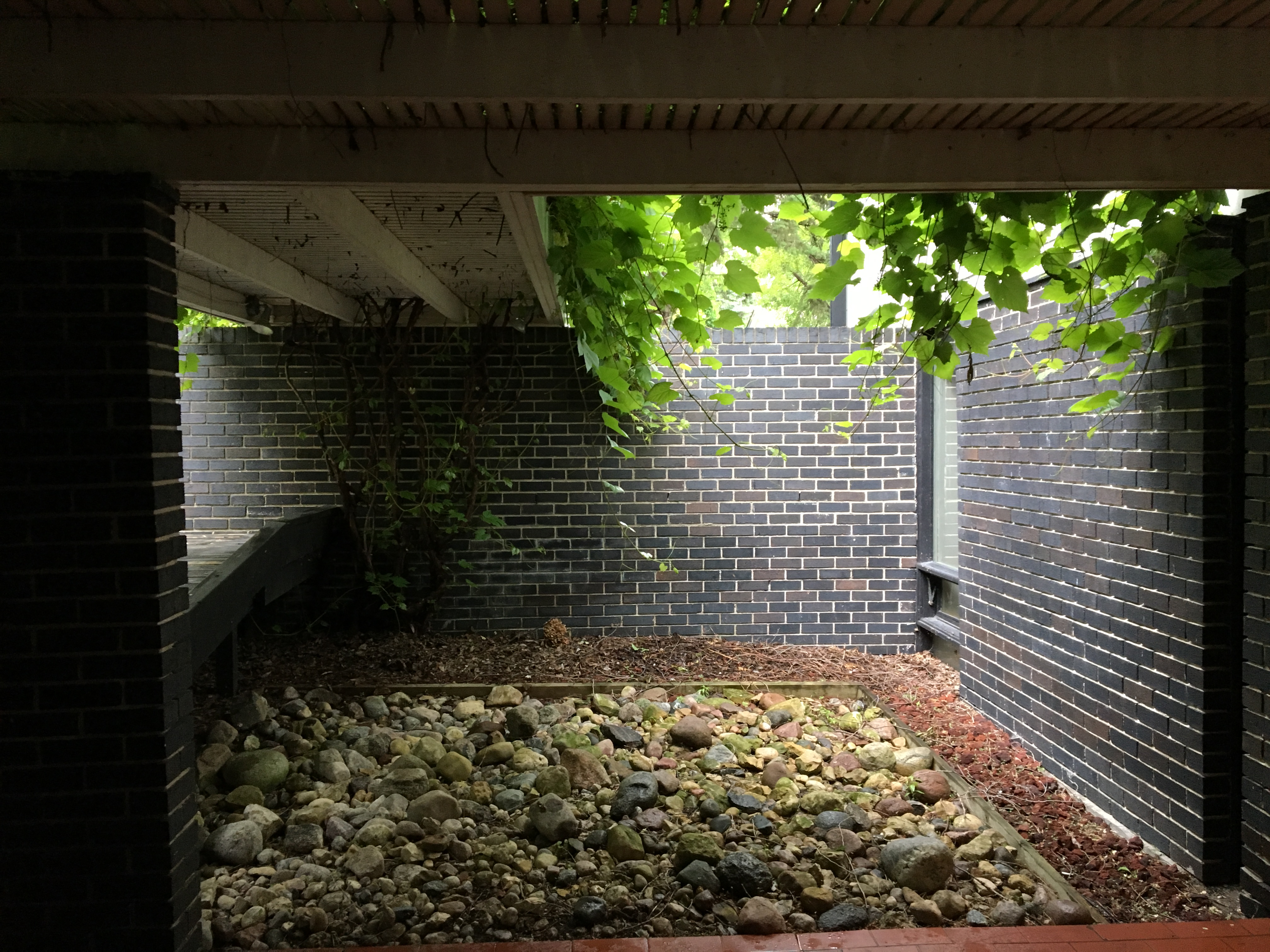 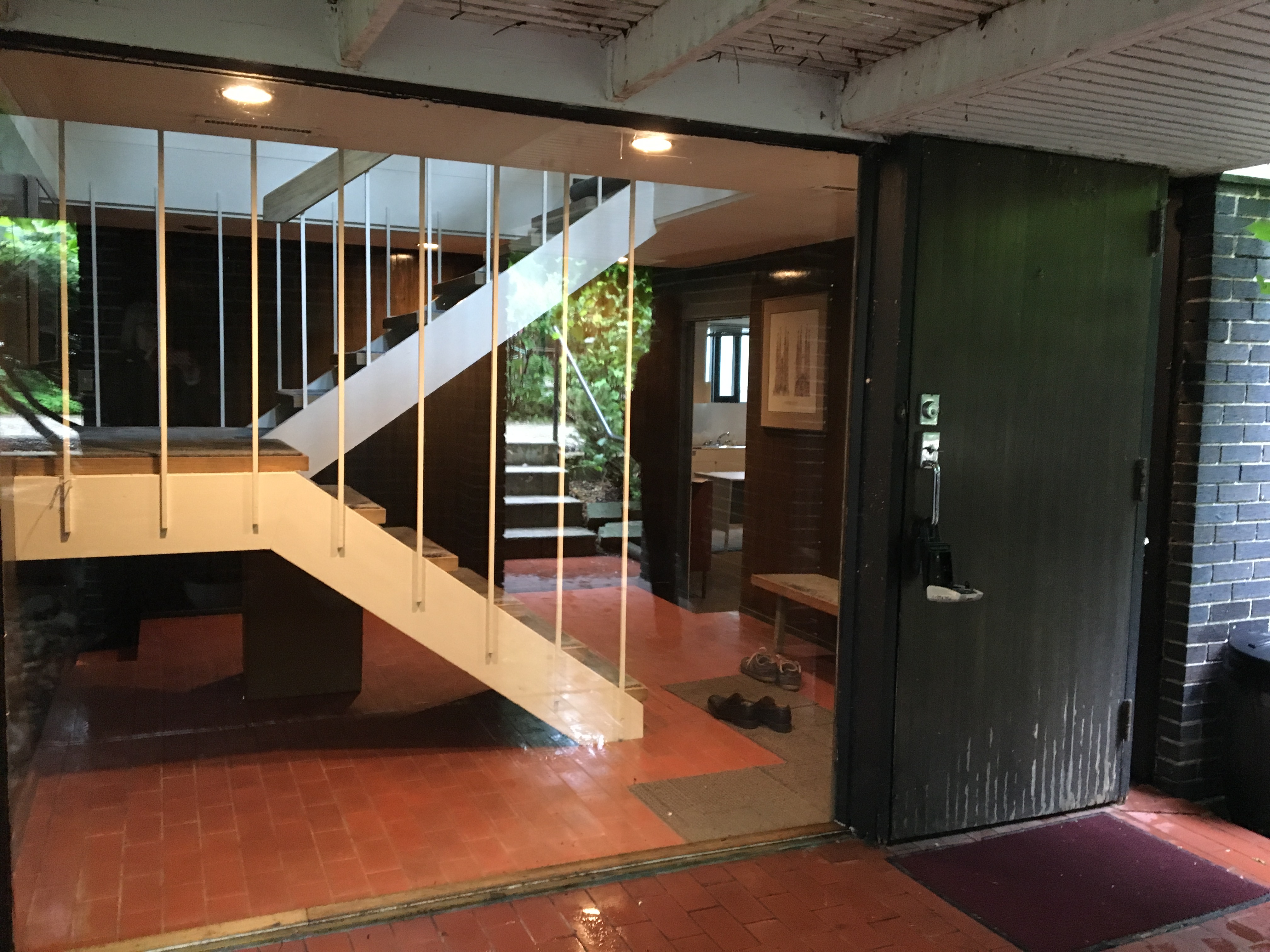 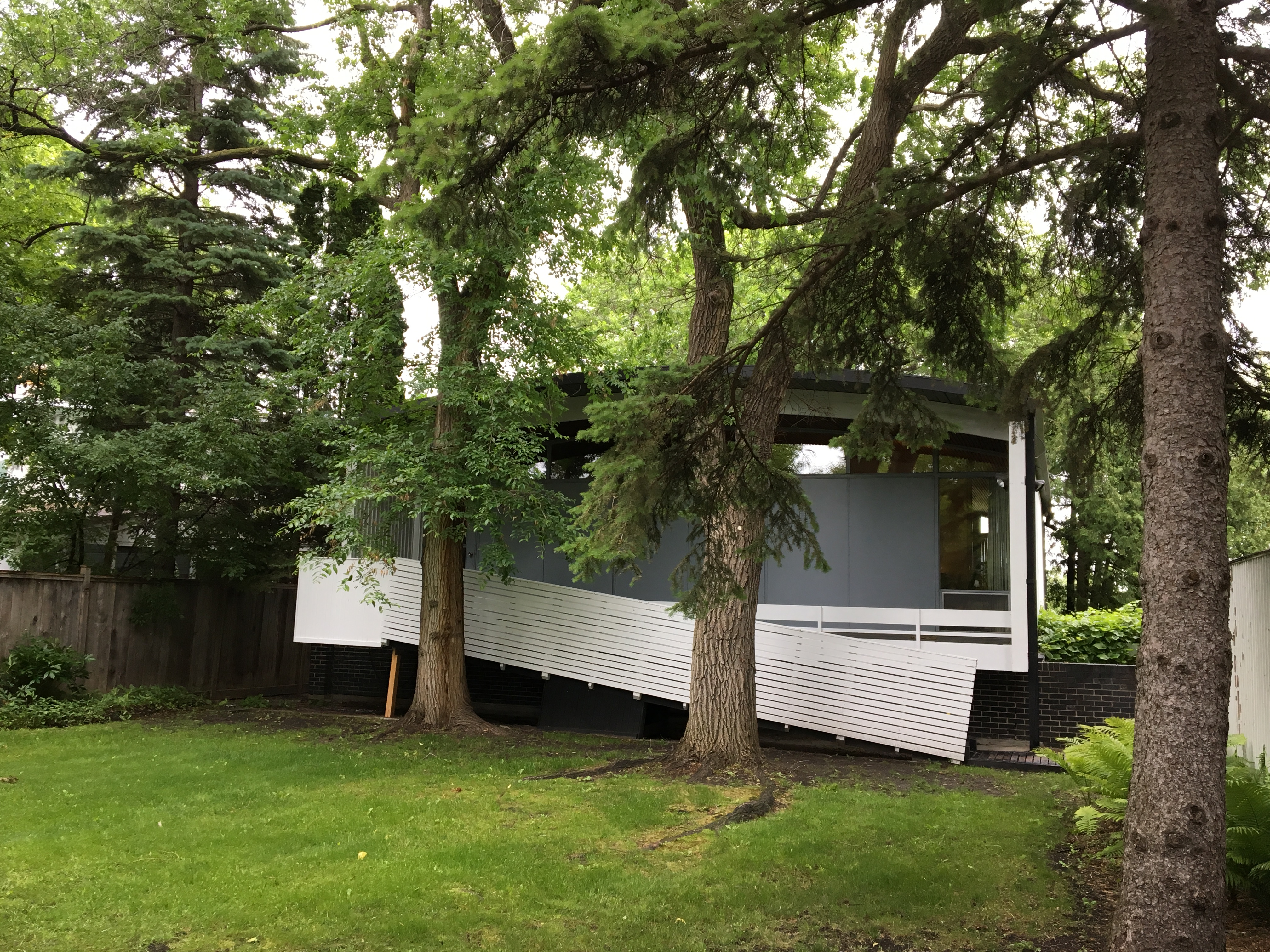 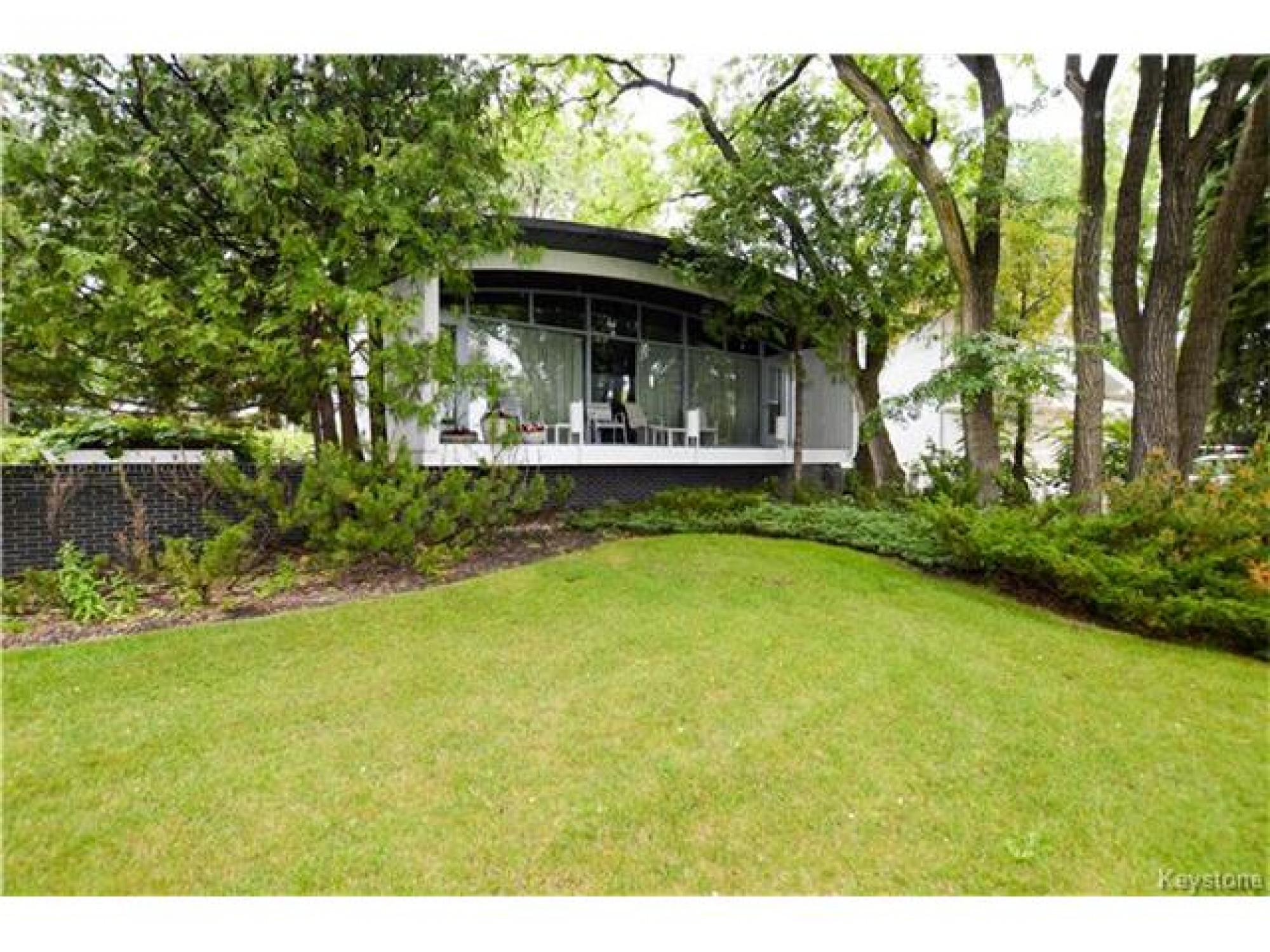 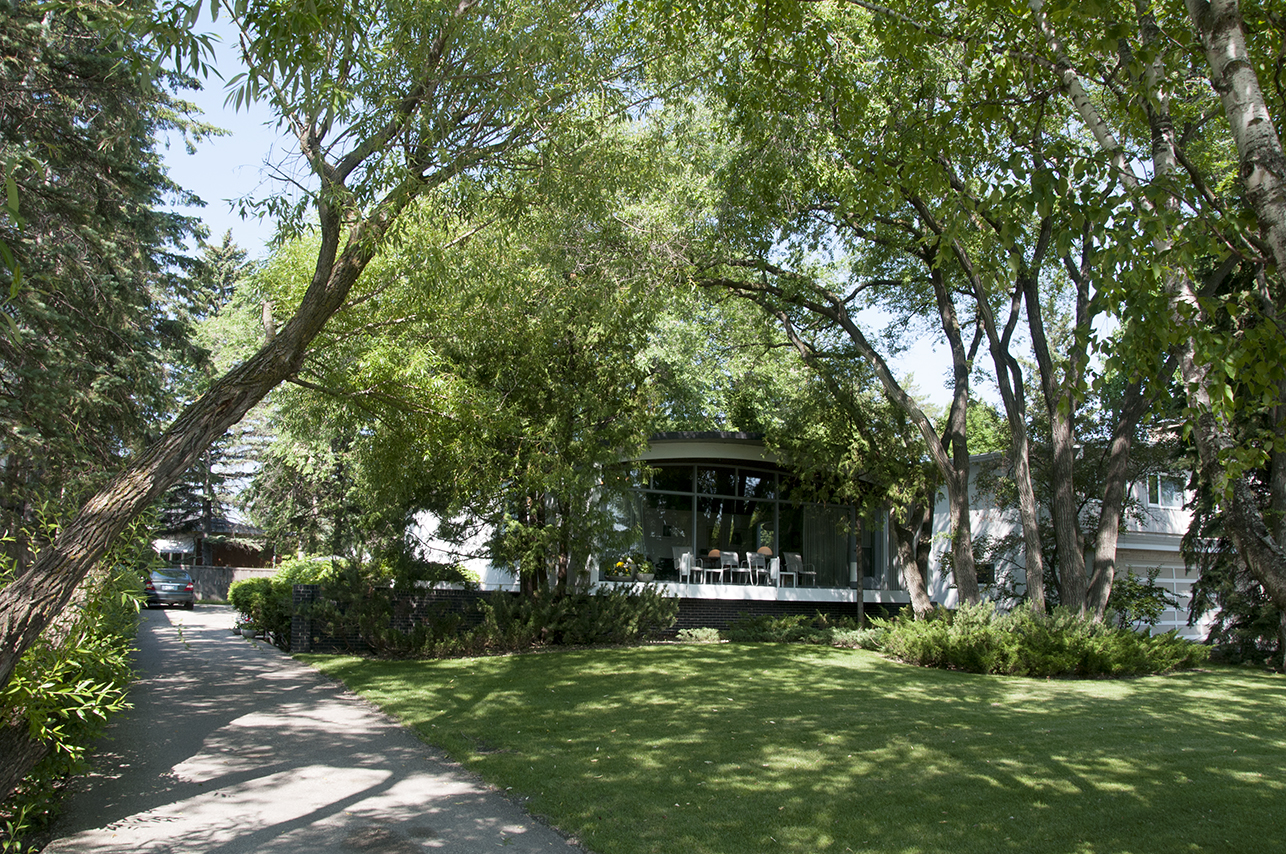 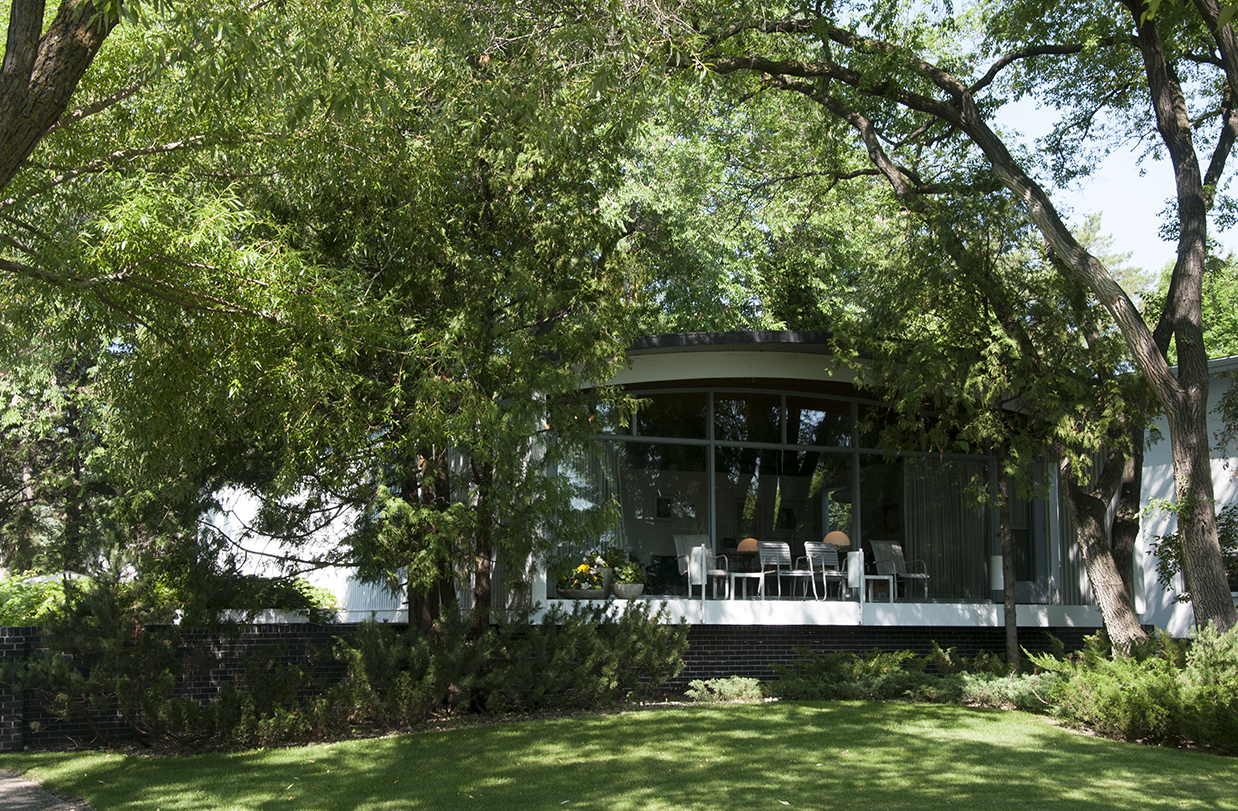 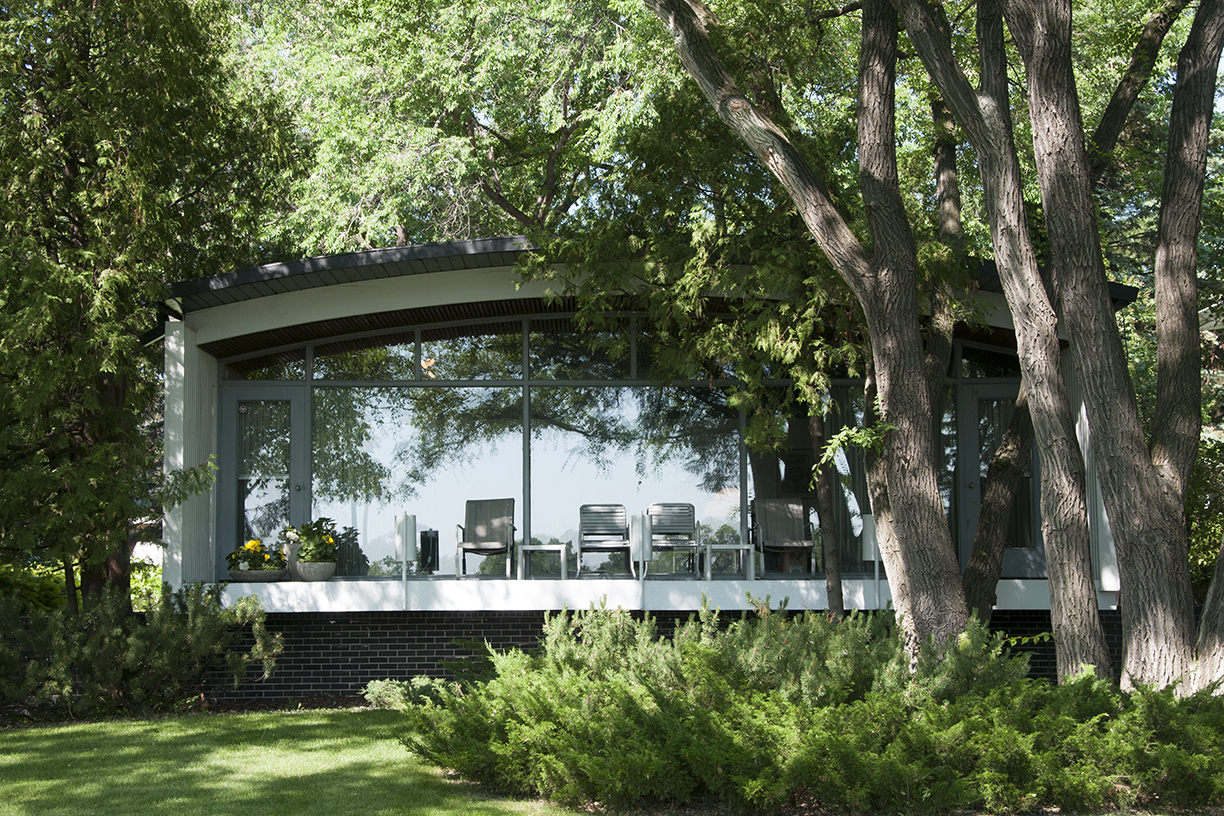 Mel Michener is a graduate of the University of Manitoba and a founding partner of Libling Michener (now LM Architectural Group). He wrote of this home:“The house was designed to achieve several objectives: to provide comfortable family accommodation for parents and four children, by designing the house to function well as a family home and then work for parents when the children leave; to take advantage of the view to the east overlooking the Red River; integrate into the design a stand of Siberian Elms which were part of a former nursery located in the neighbourhood; develop a design which exploits the unique opportunities of each of the seasons with outdoor decks and courtyards, with micro-climates suitable for different weather and temperatures.”

Agassiz Park includes approximately 200 homes, predominantly bungalows, constructed in the early 1960s. Many of the homes were built by Elias Construction Ltd., a Winnipeg-based company also responsible for the nearby Clarence Avenue subdivision in Fort Garry. The display homes had five separate floor plans; a Winnipeg Free Press advertisement, with an illustration of the neighbourhood model home located at 24 Glengarry Drive, stated: "pick the home you've wanted from a wide variety of proven floor plates. A house designed for convenience and gracious living is an investment in the future.” (September 9, 1961)

Instead of back lanes, the residential lots have front drive access, each extending to one of five gently curving streets oriented around a centrally located elementary school. The vehicle-oriented subdivision has no sidewalks and is accessed via two entrances off University Crescent. Green space in the neighbourhood includes the Bishop Grandin Greenway and Glengarry Park, a narrow band of public land that separates the river-facing homes on D'arcy Drive from the Red River.