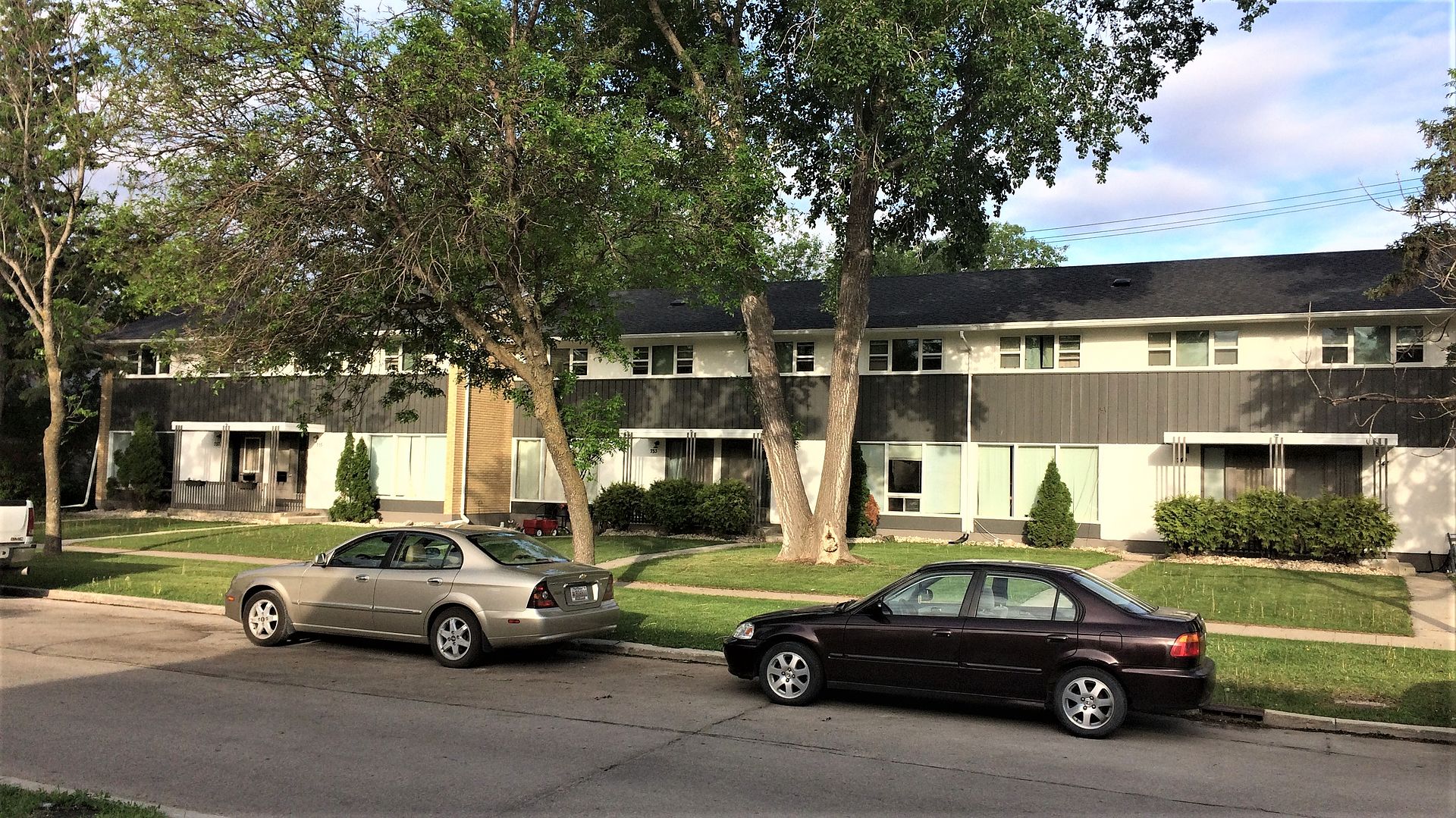 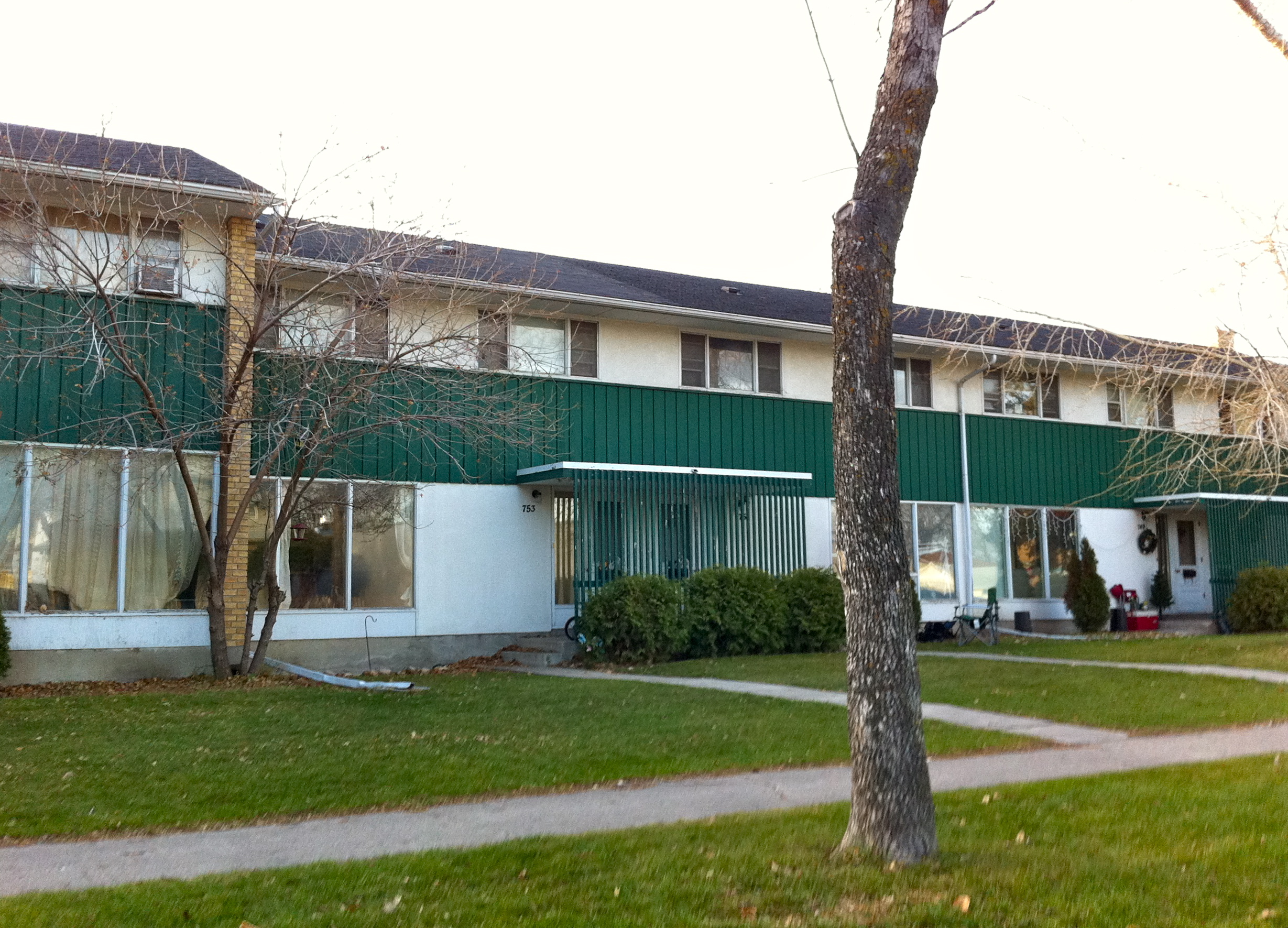 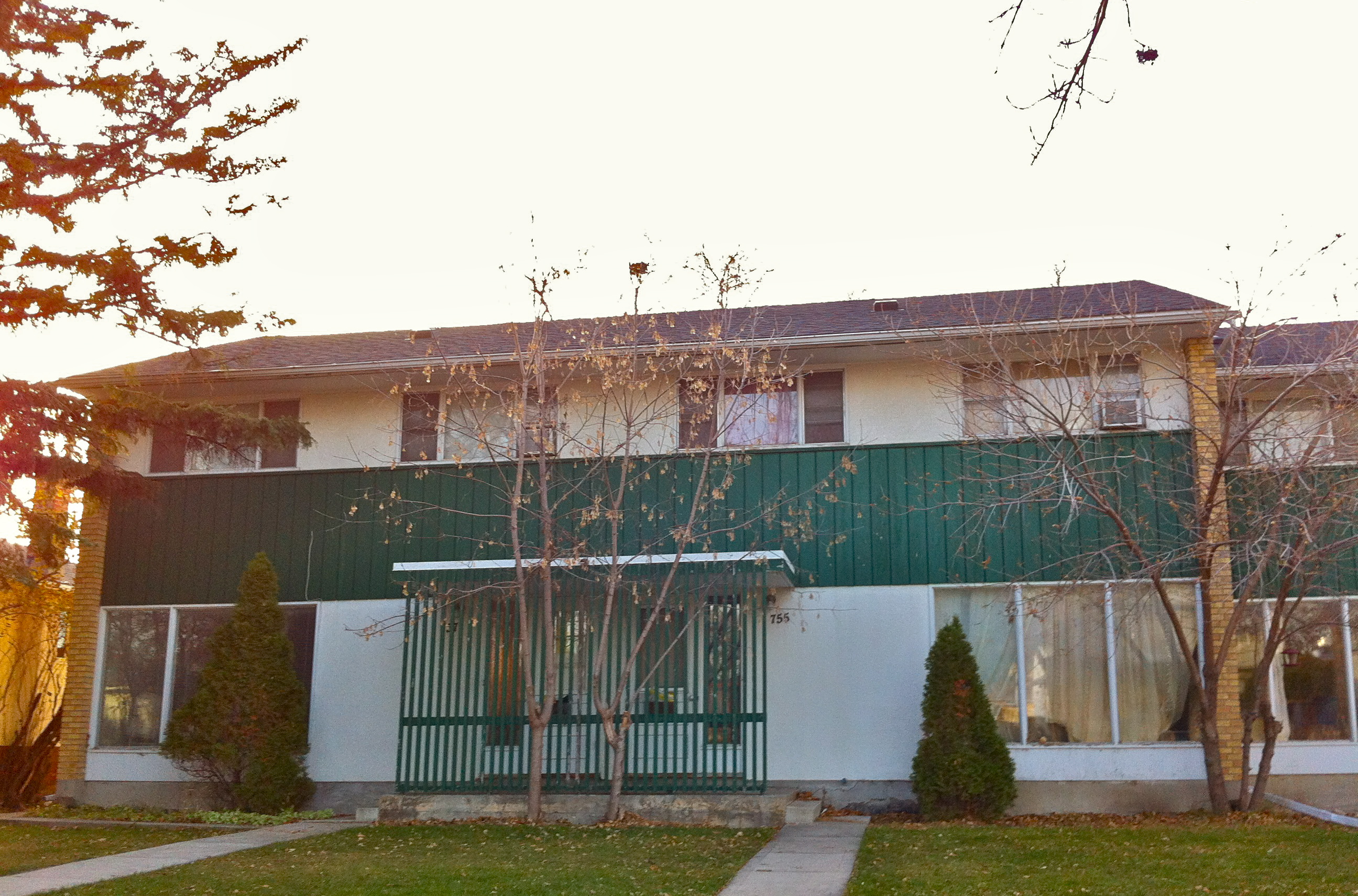 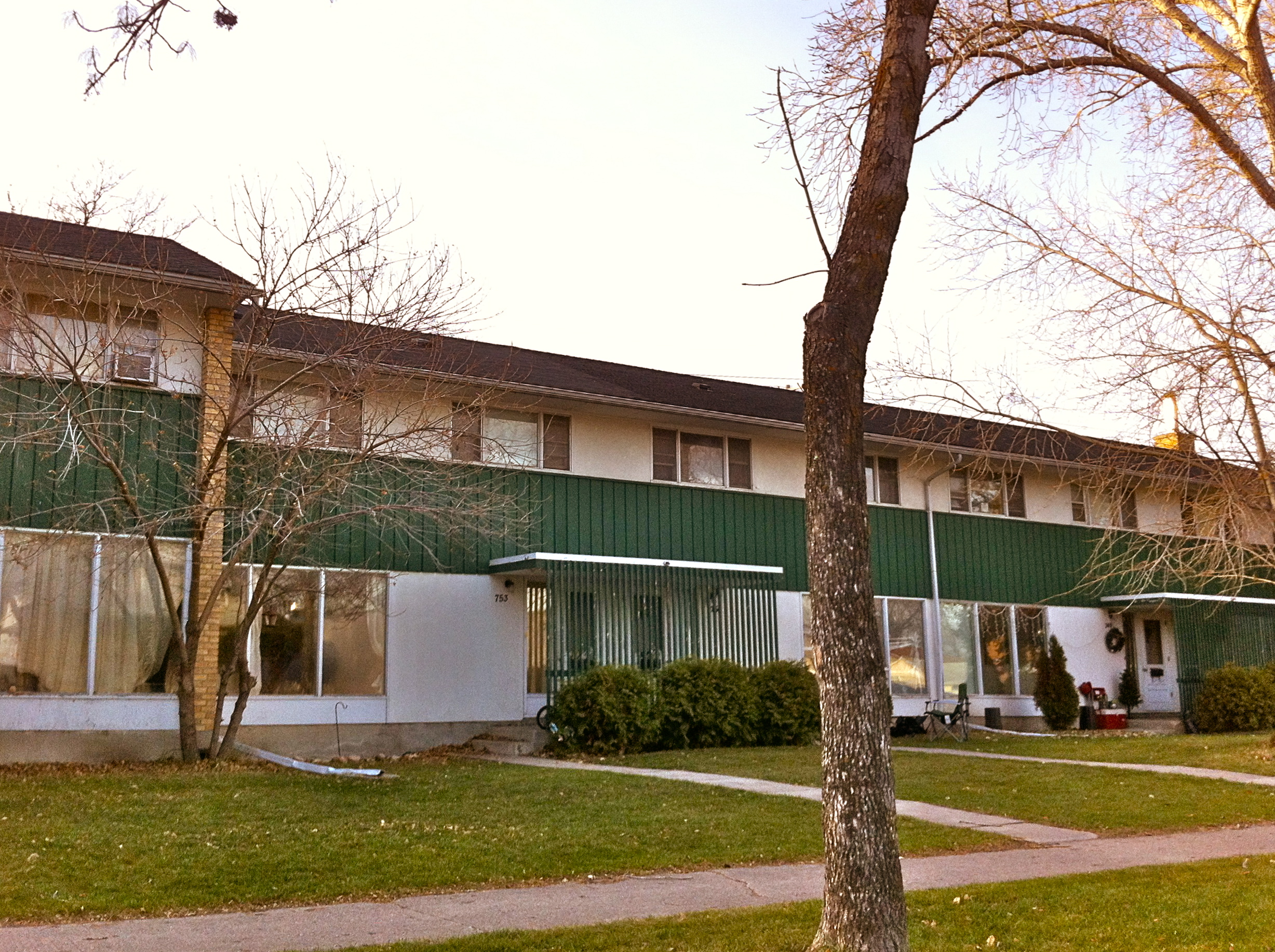 This collection of residences is a subdued and charming example of mid-century modernist Winnipeg design. The firm responsible for its design, Blankstein and Coop, was a small office comprised of Isadore Coop and Morley Blankstein, both University of Manitoba School of Architecture graduates who studied in the early 1950s under noted German-American modern architect Ludwig Mies van der Rohe. John W. Graham, in his 1960 book A Guide to the Architecture of Greater Winnipeg says of this set of row houses: "This unit of six homes is a hopeful indication that multiple units combined with single family dwellings may yet emerge in the Winnipeg residential pattern. The handsome materials and details of this design should encourage others to further the movement.