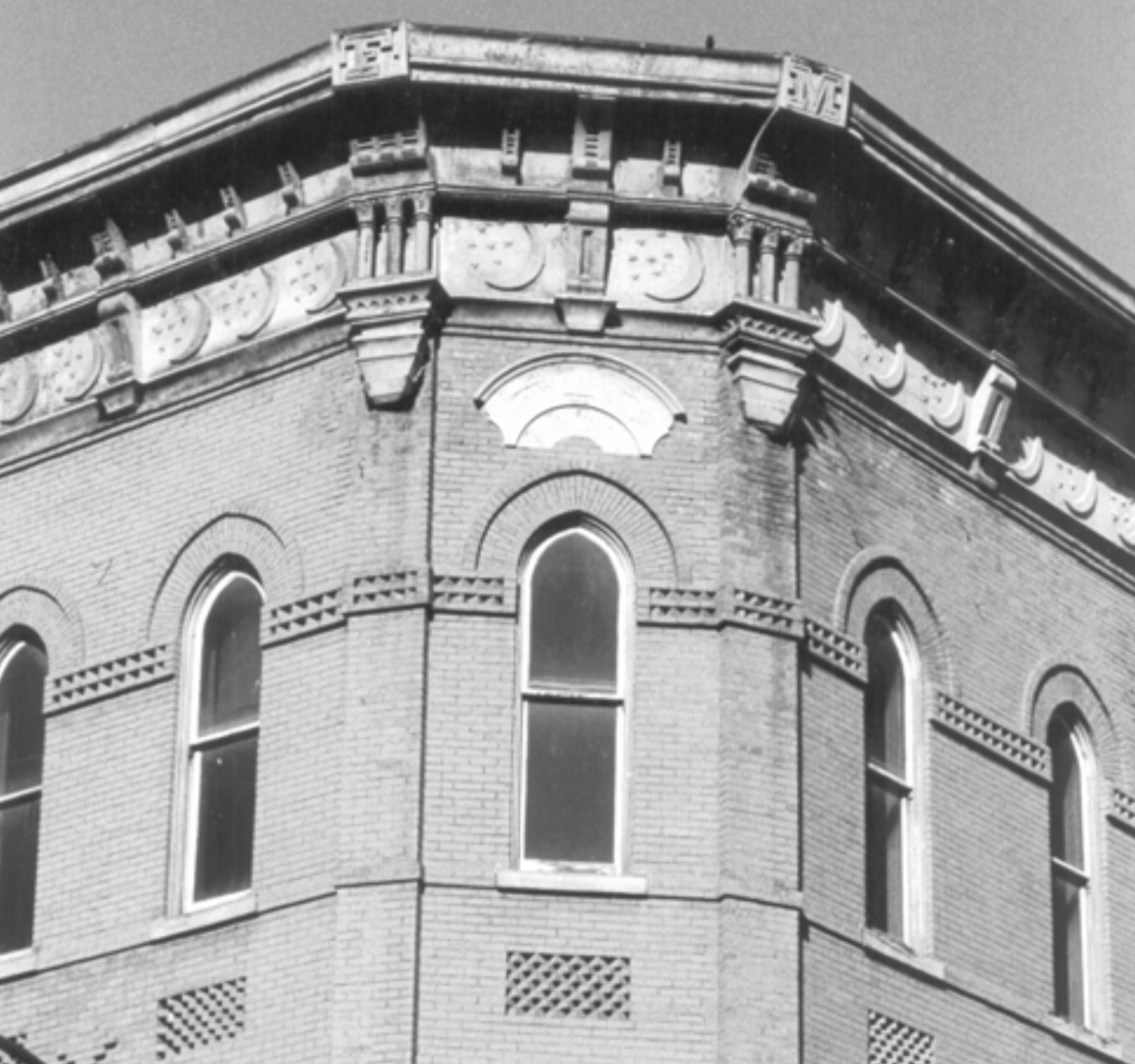 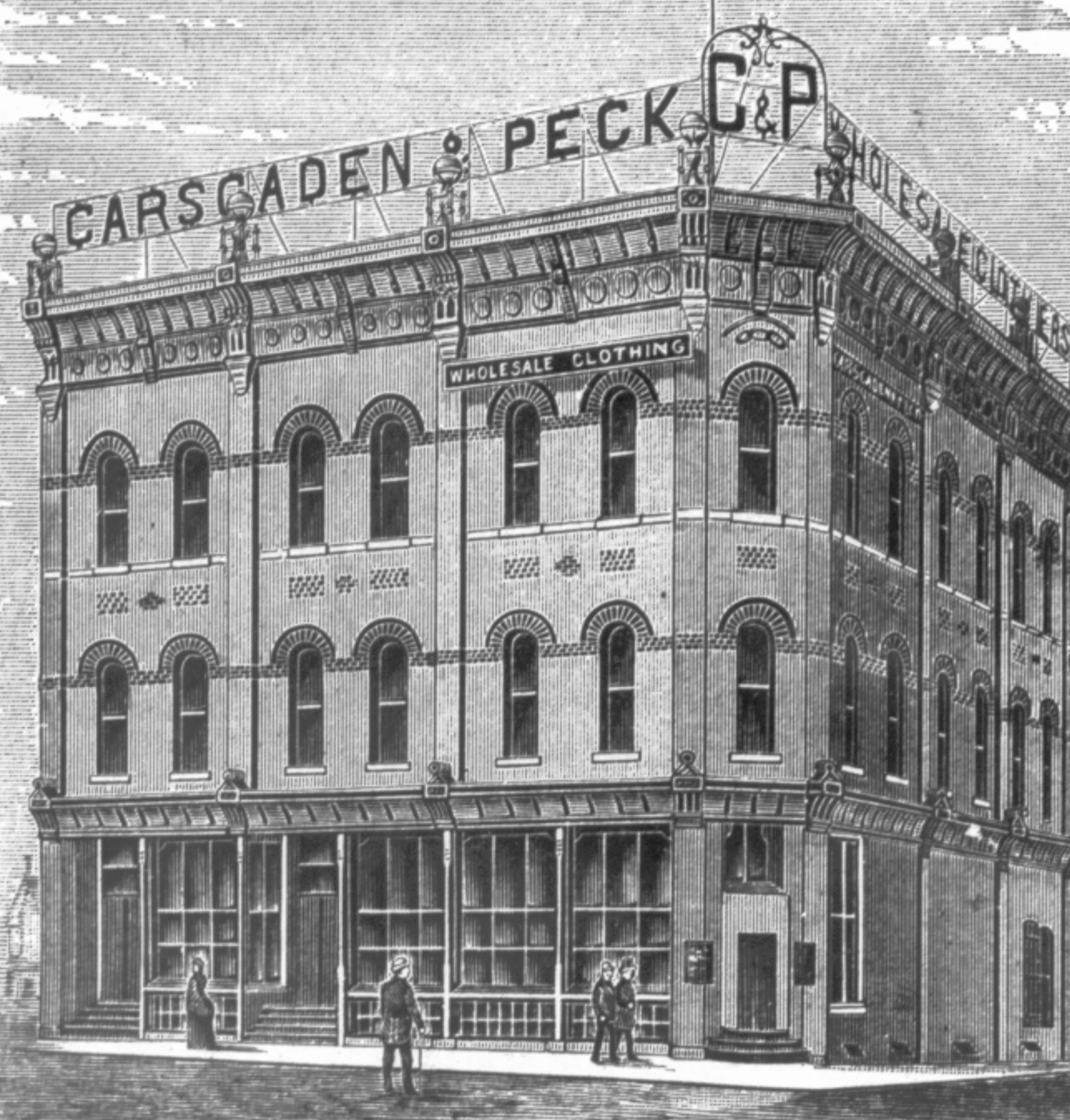 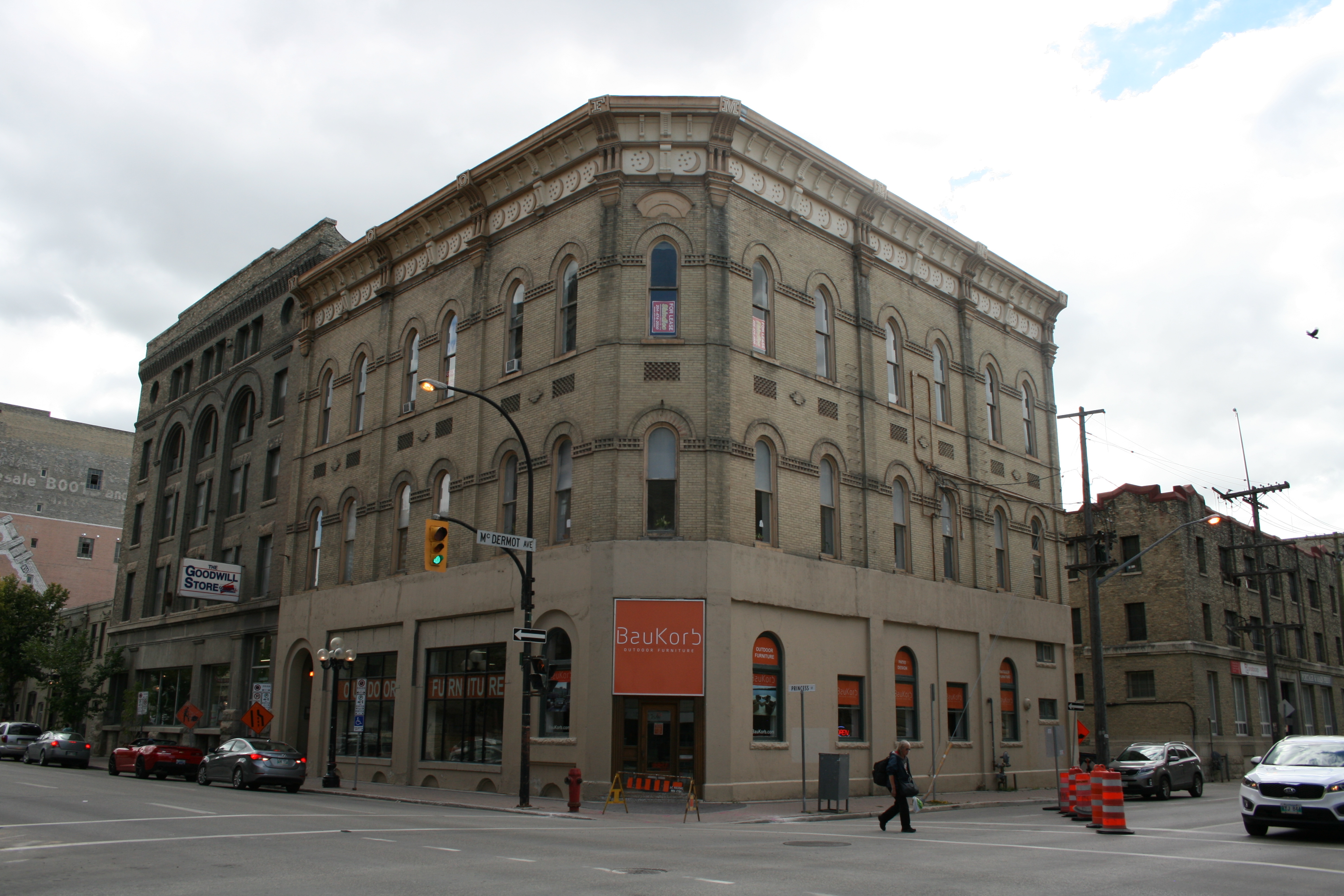 It was constructed in 1883 as the first Oddfellows Hall for the Independent Order of Oddfellows (I.O.O.F.). As a fraternal organization, the I.O.O.F. traces its roots to eighteenth century England when working men outside of the guild system banded together for mutual benefit. Bound by vows, its members contribute stiff dues that are dispensed to other members in need, or the widows and orphaned children of deceased members. Using the Bible stories as their standard for the golden rule, Oddfellows advocate friendship, love and truth, symbolized by a triple link.

The first Winnipeg Lodge of Oddfellows was established in 1873, growing quickly to 13 subordinate lodges by 1886. Frontier conditions within an irregular economy made the fraternal order particularly attractive during these decades before the emergence of the welfare state. Like other fraternal orders, the I.O.O.F. had adopted various degrees, rituals and regalia. Elements of British heraldic finery have been mixed with Biblical metaphors in the trappings and finery of the Order. Each lodge adopts its own colours within the definition of the regional grand lodges, a hierarchical arrangement of merit, devotion and duration.

Joined by their female counterparts, the Rebekahs, the Oddfellows embarked on their course of mutual assistance, attracting to their ranks not the rich and famous but sensible family men, often of modest means. They have shown themselves locally to be more committed to practicality than to luxury.

Demonstrating their practical side, the Oddfellows erected this building to serve two ends. First, the third floor of the building contained meeting rooms and a large ballroom for joint fraternal and social functions. Second, the other two floors of the building were leased commercially to pay for the building and generate extra revenue. For example, for the first ten years, the rest of the building served as a warehouse for the eastern clothing firm of Carscaden and Peck.1

The building is three storeys high, built of solid brick on a stone foundation. Nearly square in shape, its dimensions are 66 feet by 70 feet and it is 60 feet tall. The architect of the new hall was Hugh McCowan with Horace J. Raymer as the contractor. The building cost $25,000 to construct, a hefty sum in 1883.2 Making use of its corner site, the Oddfellows Hall has a façade that starts on the Princess elevation and wraps around the corner and down McDermot Avenue. Each side consists of three bays, with the corner as a flattened centre bay. The original ground floor featured large storefront windows with two entrances located as they are now. Tall round- headed windows on the second floor feature radiating brick heads and wood sills. A projecting brick hood-mould is used to divert the rain. In order to identify that the third floor was space for the Oddfellows, tall windows with Gothic heads are used to signify the medieval roots of the fraternal order along with an eye-brow mould and the triple links.

An elaborate metal cornice crowns the building and is noteworthy for its variety of detail. Miniature Corinthian columns, grouped in threes, terminate the projecting pilasters that give a bay-by-bay division to the building. The brackets above the miniature columns contain embossed initials, lettered in sequence to spell I.O.O.F. and M. No. 1 L. (Independent Order of Oddfellows and Manitoba Number One Lodge). The cornice is also embellished by smaller brackets as well as embossed crescents and stars. There are sections of elaborate saw-tooth patterned ornamentation between the second and third storey windows. With its historic illusions of form and style and its symbolic metaphors of ornament and detailing, this building is clearly Victorian and eclectic.

From its completion in 1884 to the opening of the I.O.O.F. Temple on Kennedy Street in 1910, this building served as the headquarters for Oddfellowship in Manitoba. Its committee rooms and meeting areas served several local lodges while the large ballroom continued to service joint functions into the 1940s. Although the Kennedy Temple took over as the main administrative centre, this hall continued as the base for Manitoba Lodge Number One. During the huge I.O.O.F. convention held in Winnipeg in 1912, 15,000 Oddfellows and Rebekahs flooded into the city from across Canada and the United States, staging the biggest parade ever seen in Western Canada. Besides the parade, there were many other events held within the city. The I.O.O.F. Hall, with its open spaces, was the scene for competitive degree contexts (dramatic representations of Biblical teachings) and drills by various lodges. The Oddfellows were so numerous that they virtually swarmed into every downtown hall and auditorium for their various collective rituals.

The main floor has always been used for retail.