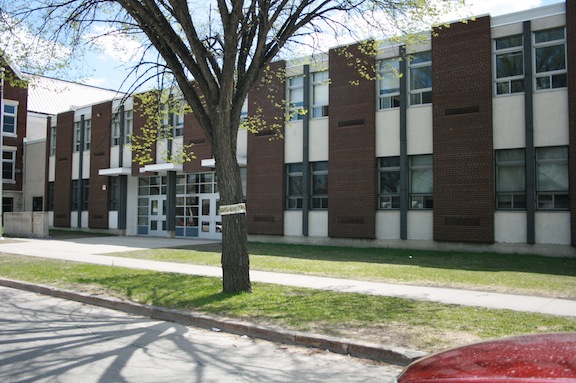 Isaac Newton Junior High had a very forward-looking design when it opened in 1921 so it was only natural to pick up and build on that progressive look when it came time to expand the original school in 1963. Although different in its form, the large new addition maintained the interplay of dark brick with creamy white trim, in a lower two-storey, flat-roofed and rectangular plan.

The addition is fully modern with steel-frame construction, white panels and dark brick dividers between each classroom. It has good integrity and remains a crisp functional design that is mannerly to its attached senior neighbour.

Interior elements of the addition in 1963 included a big auditorium, nine new classrooms, two science labs, a library and a music room.

Without a particularly large yard of its own, the school has access to a park nearby on the west side.