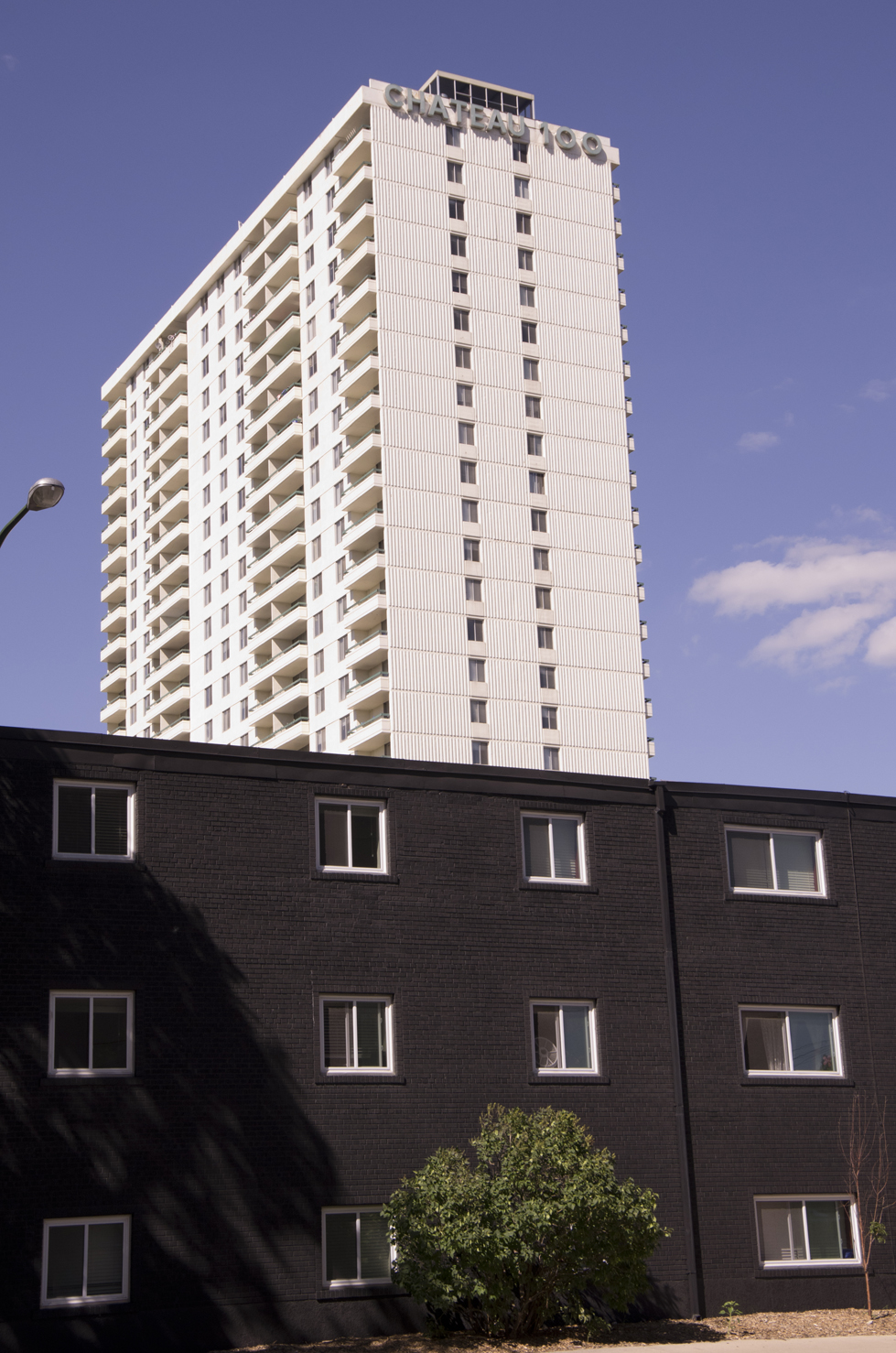 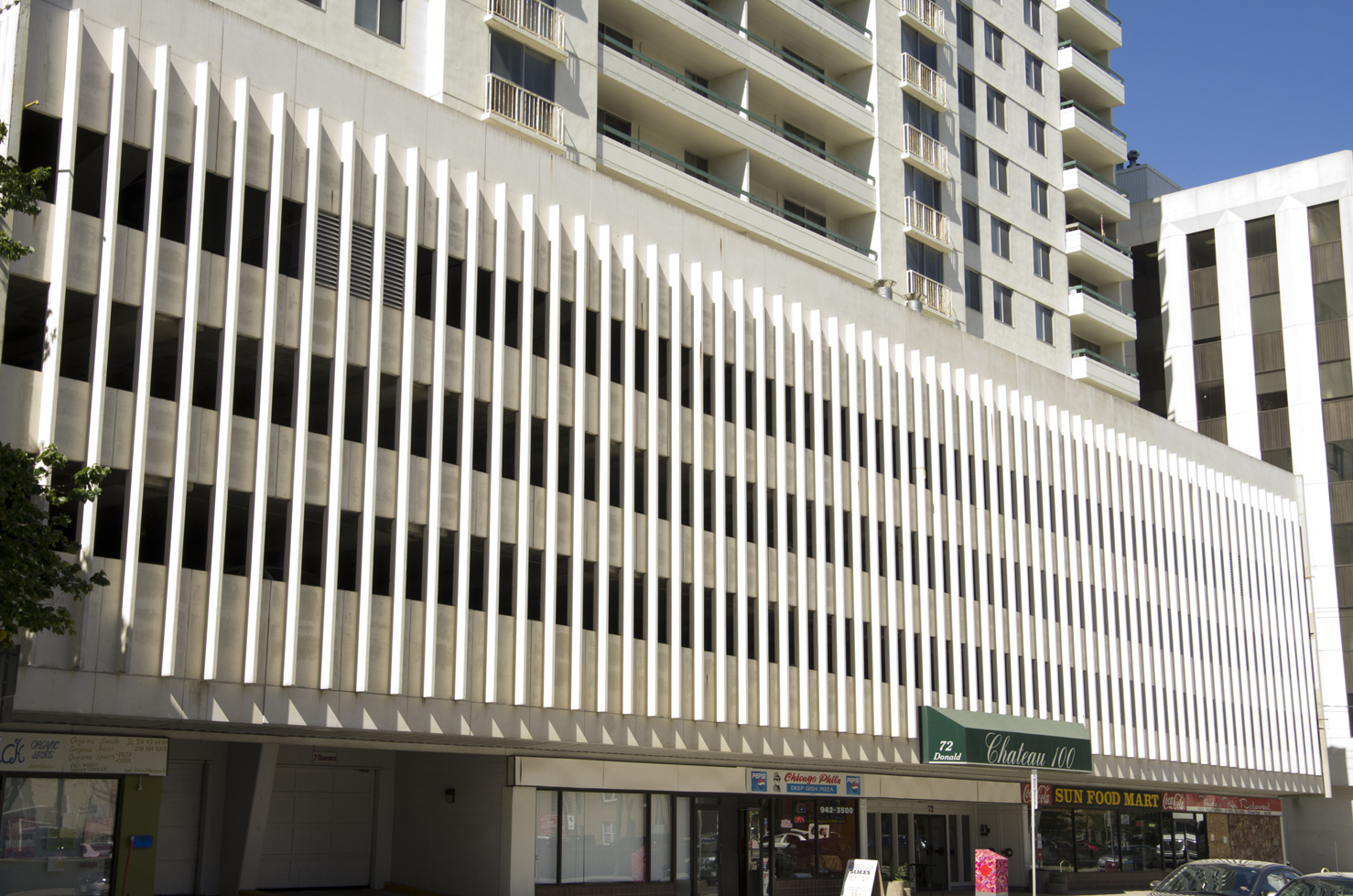 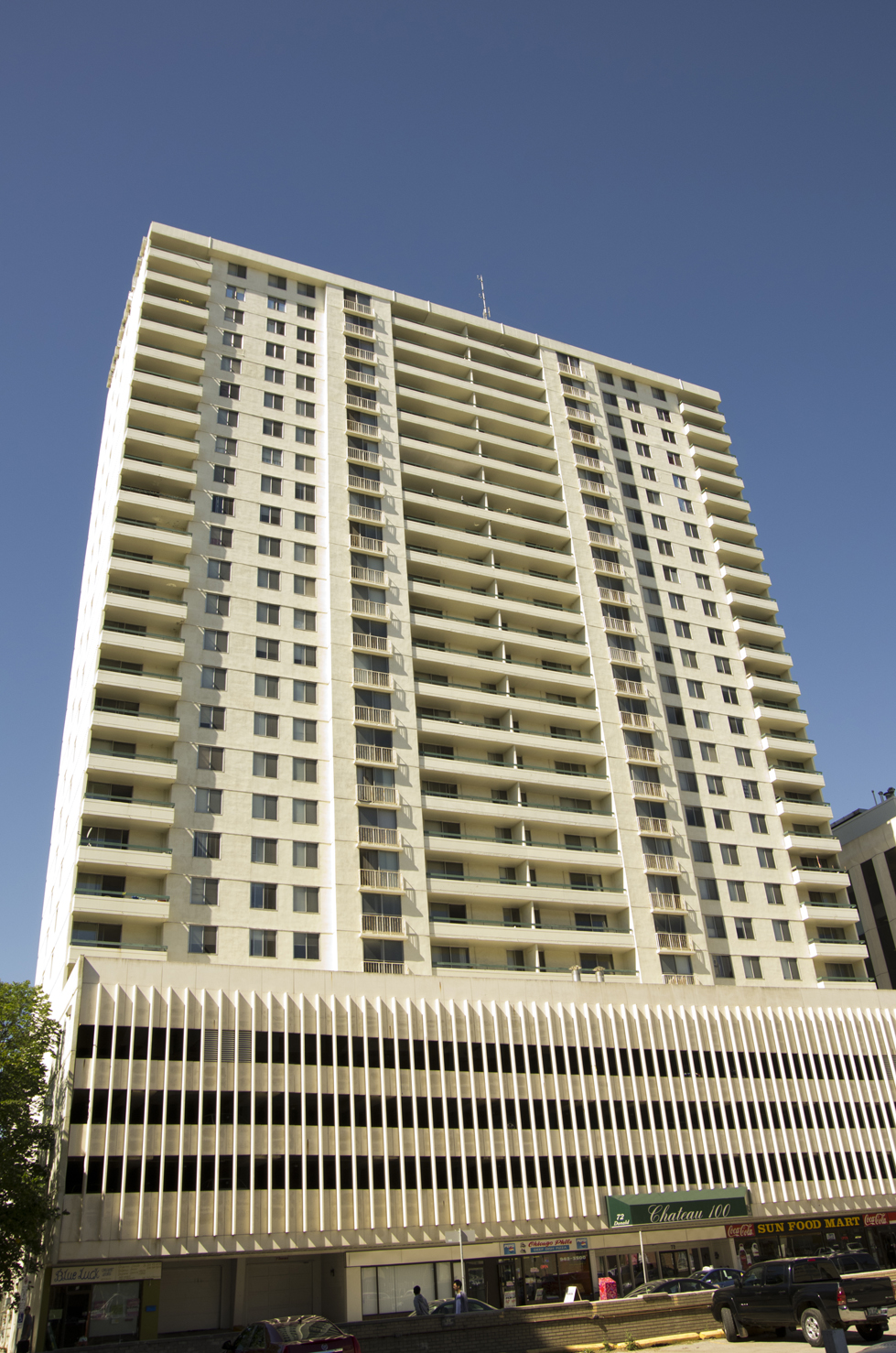 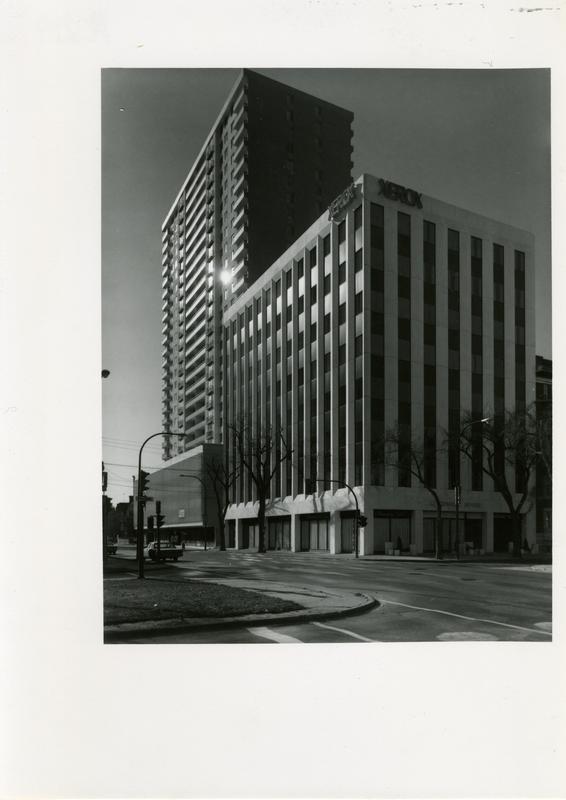 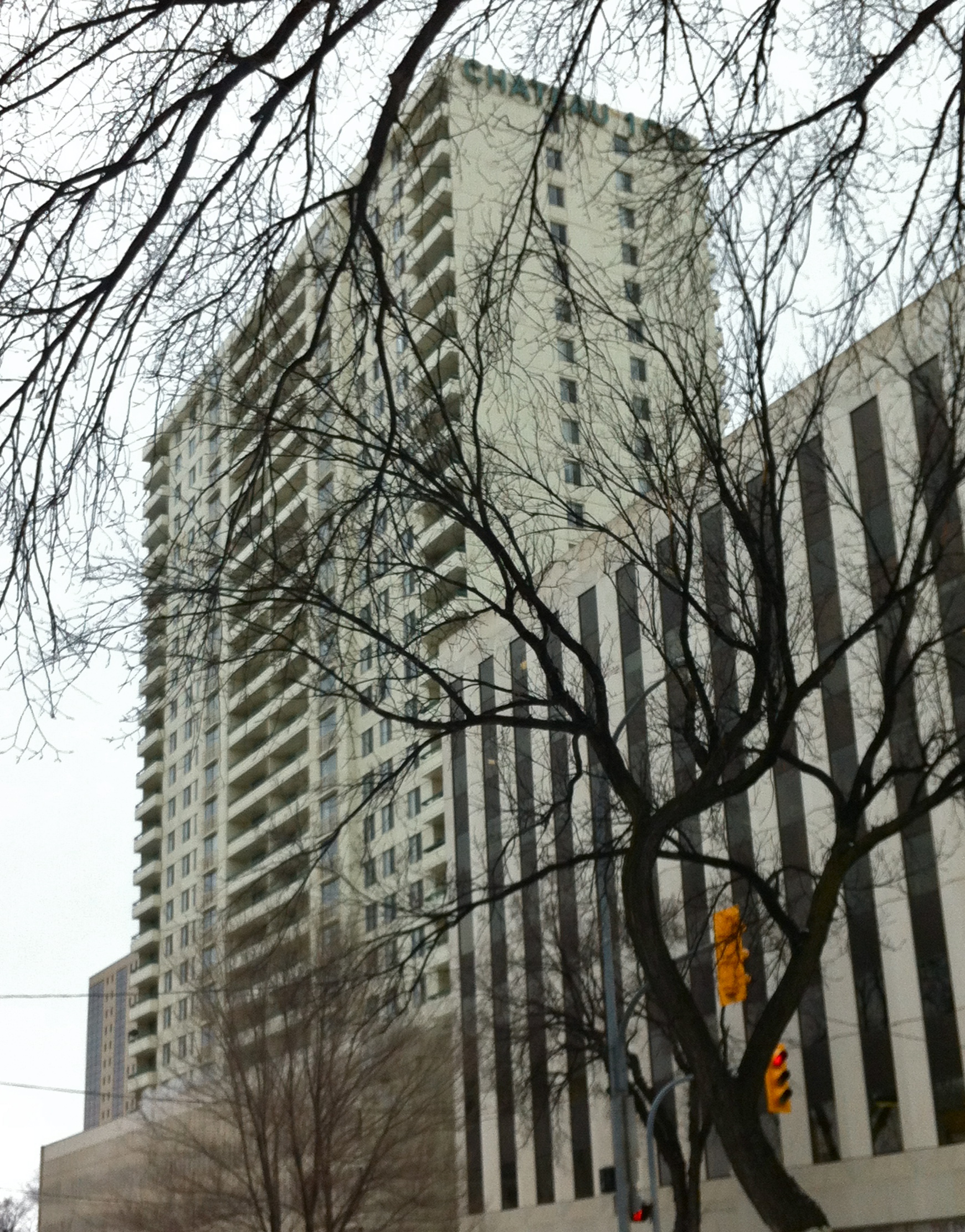 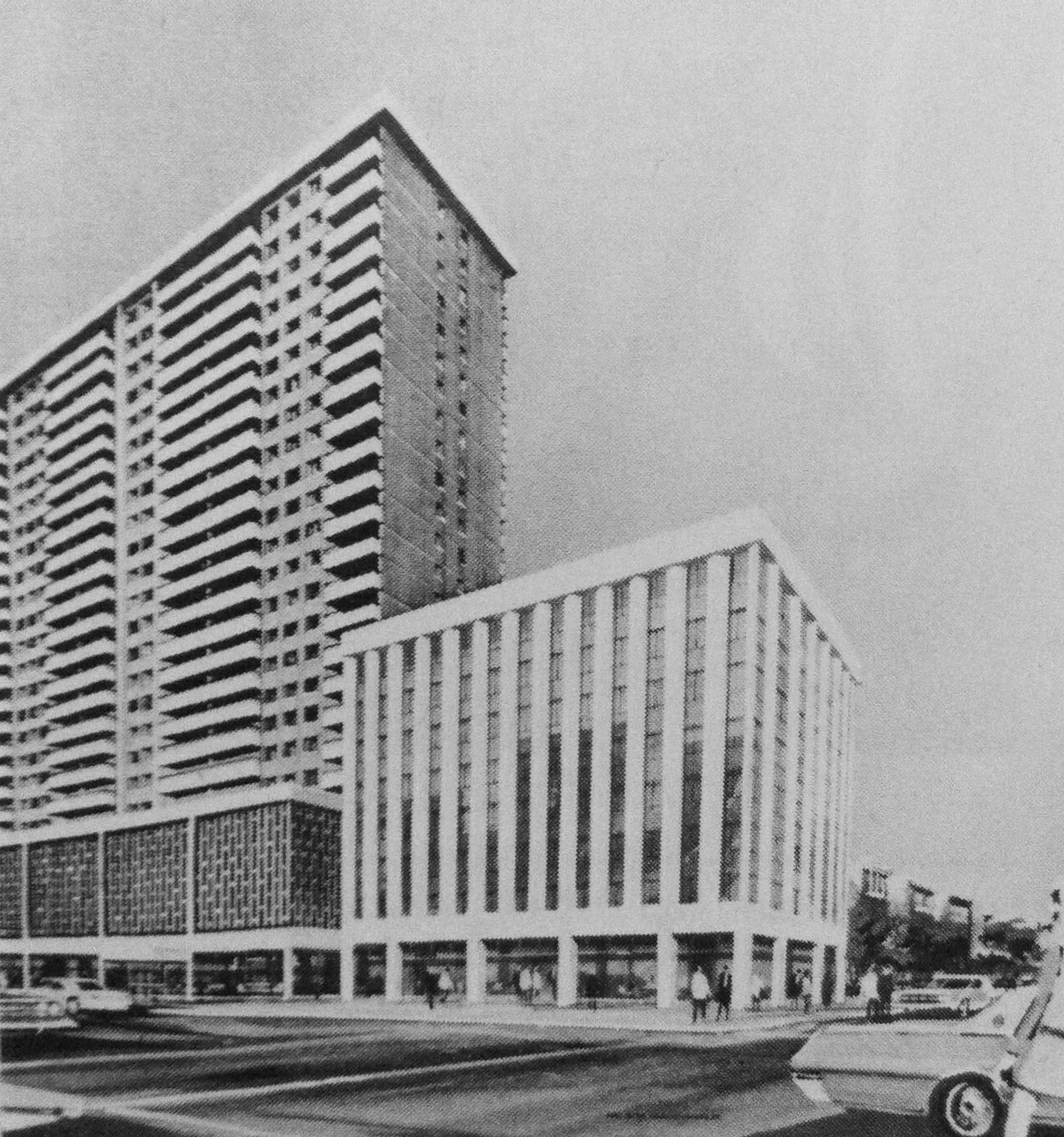 72 Donald Street, an apartment block known as Chateau 100, rises 26 storeys – high above its neighbours on the southern stretch of downtown Winnipeg’s Donald Street. Plans for the complex were initiated in the mid-1960s, under the direction of M.E.P.C. Canadian Properties, a large British-owned and Toronto-based real estate firm. The building was constructed in conjunction with its neighbour, 310 Broadway, known as Centennial House (the latter was designed in-house by L. Harmatiuk for Bentall Construction Company). Both address derived their name from the upcoming 1970 Manitoba Centennial. Following disagreements regarding local tax rates, in 1969 M.E.P.C. announced its intention to go ahead with both buildings at a ceremony attended by Winnipeg Mayor Stephen Juba and Manitoba Premier Walter Weir. The two-pronged project opened in stages, with Centennial House opening first. 72 Donald Street came available for occupancy in July 1970.

Chateau 100 marketed itself as a space which offered a large number of amenities. Indeed, the architecture of the high-rise embraced the modernist concept of a sort of city-in-a-building. Below its slender top-most tower section (which holds over two-hundred apartment suites) a podium area contained six floors of sheltered parking spaces, extensive leisure spaces (featuring an outdoor sun deck, saunas, a gym and squash courts) as well as, below, a street-level grocery store, restaurant, salon and dry cleaners. The parking area was screened by projecting vertical piers, with the upper residential area visually defined by four symmetrical bays of balconies and interceding sections of unembellished wall and glazing.