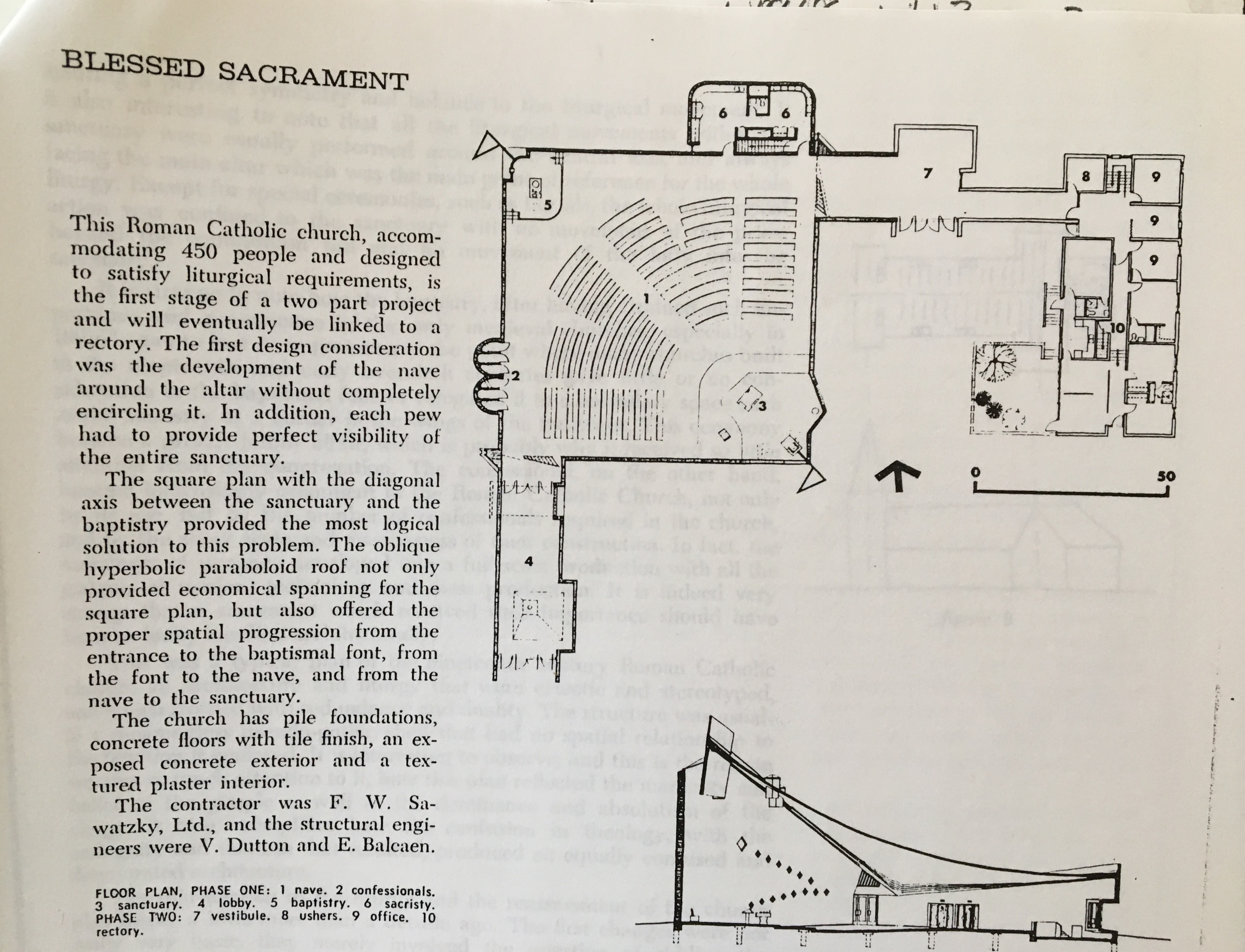 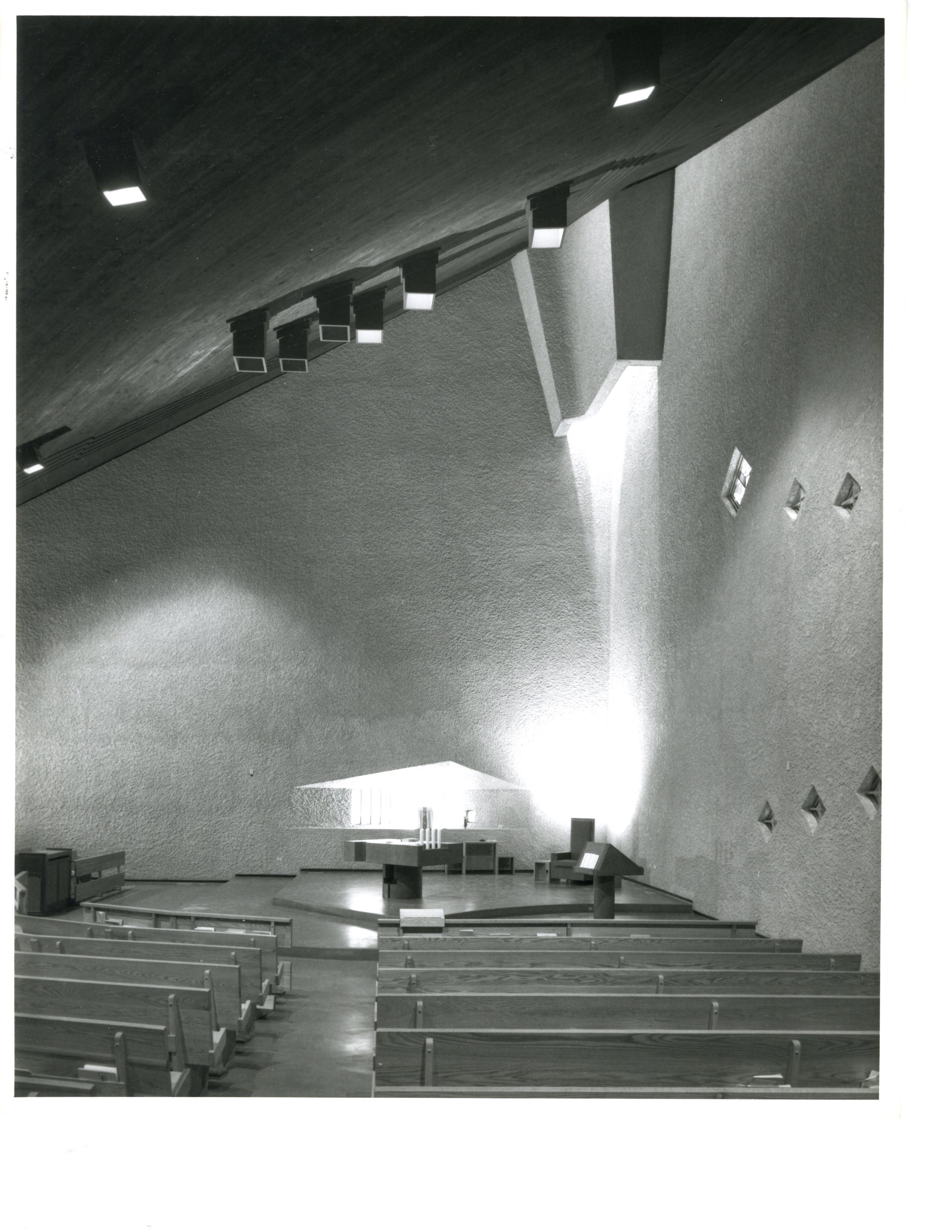 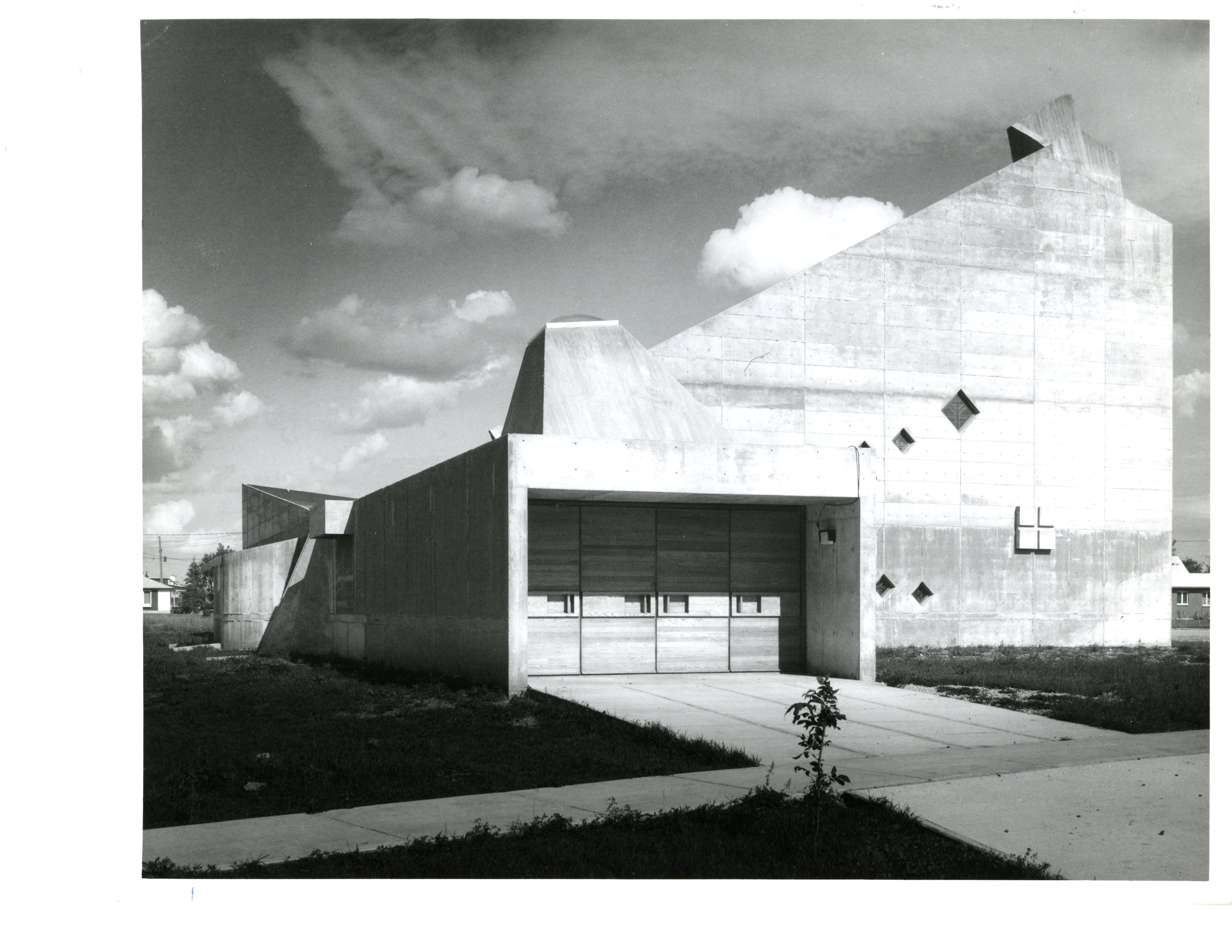 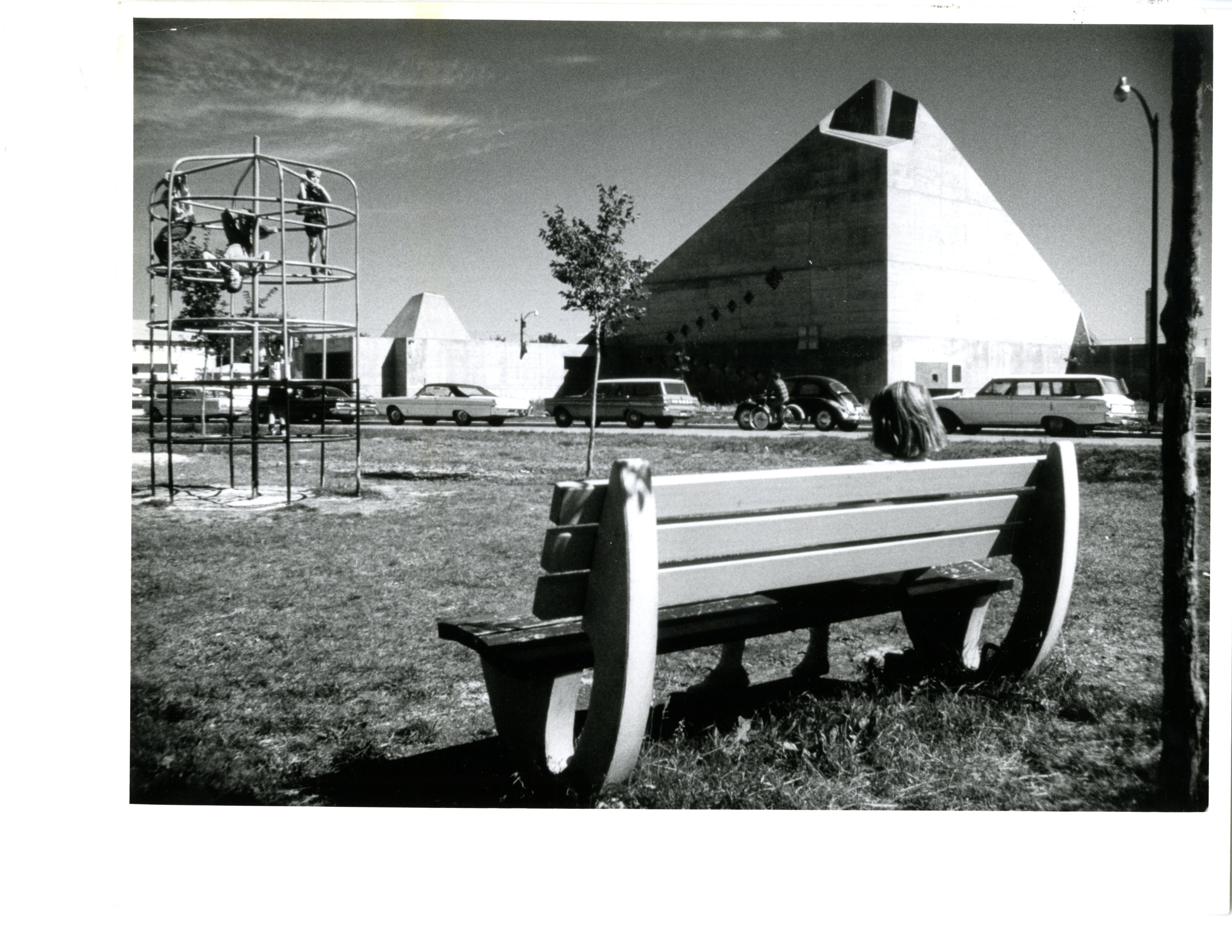 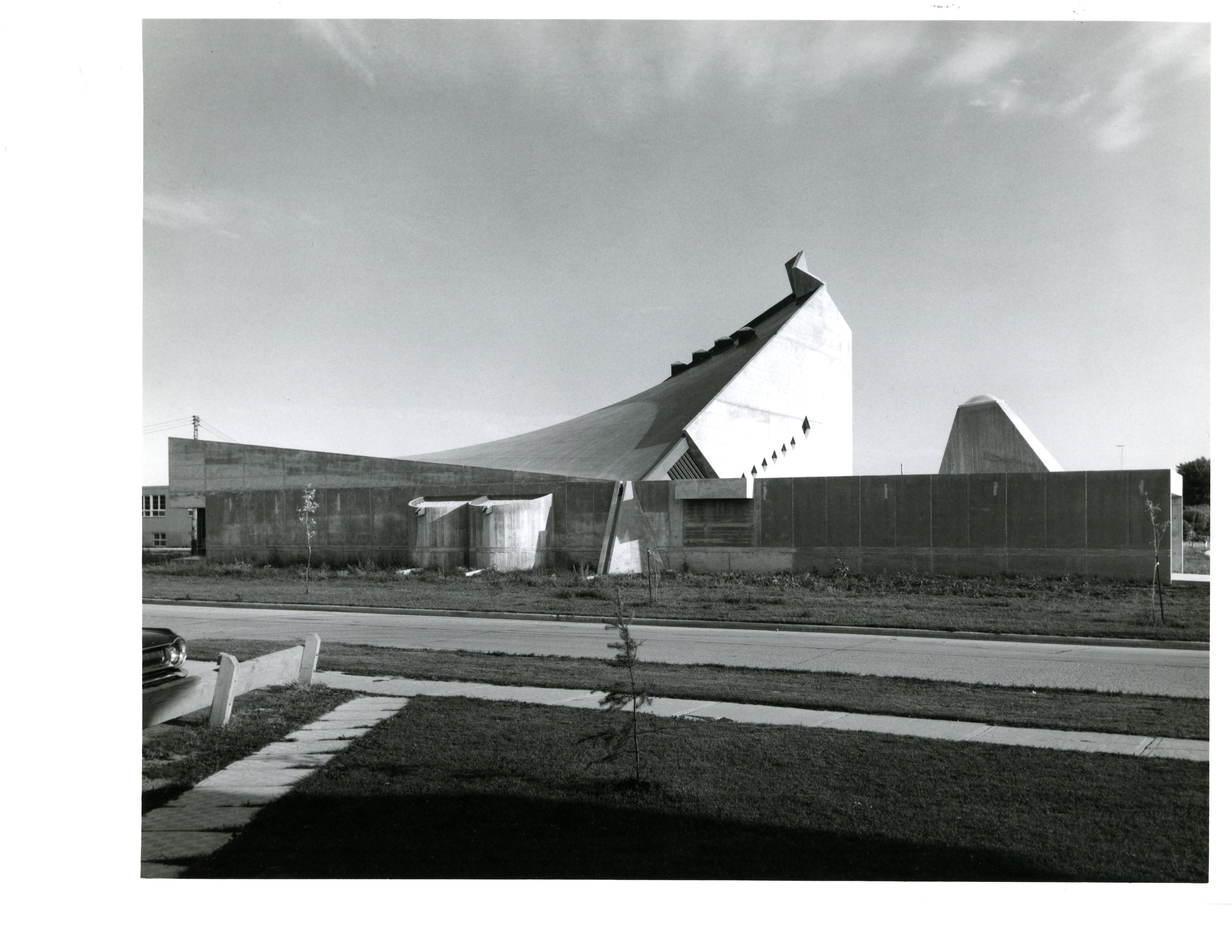 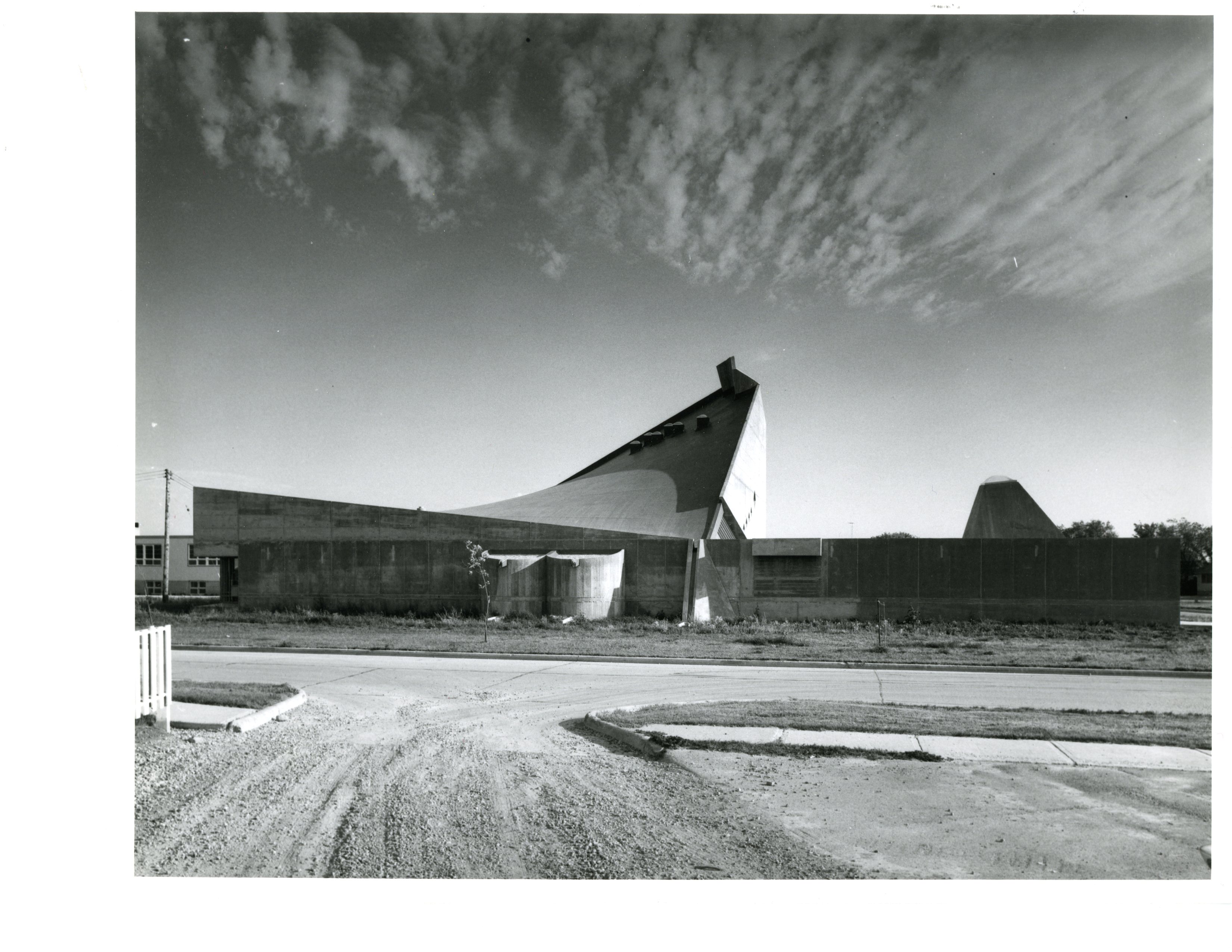 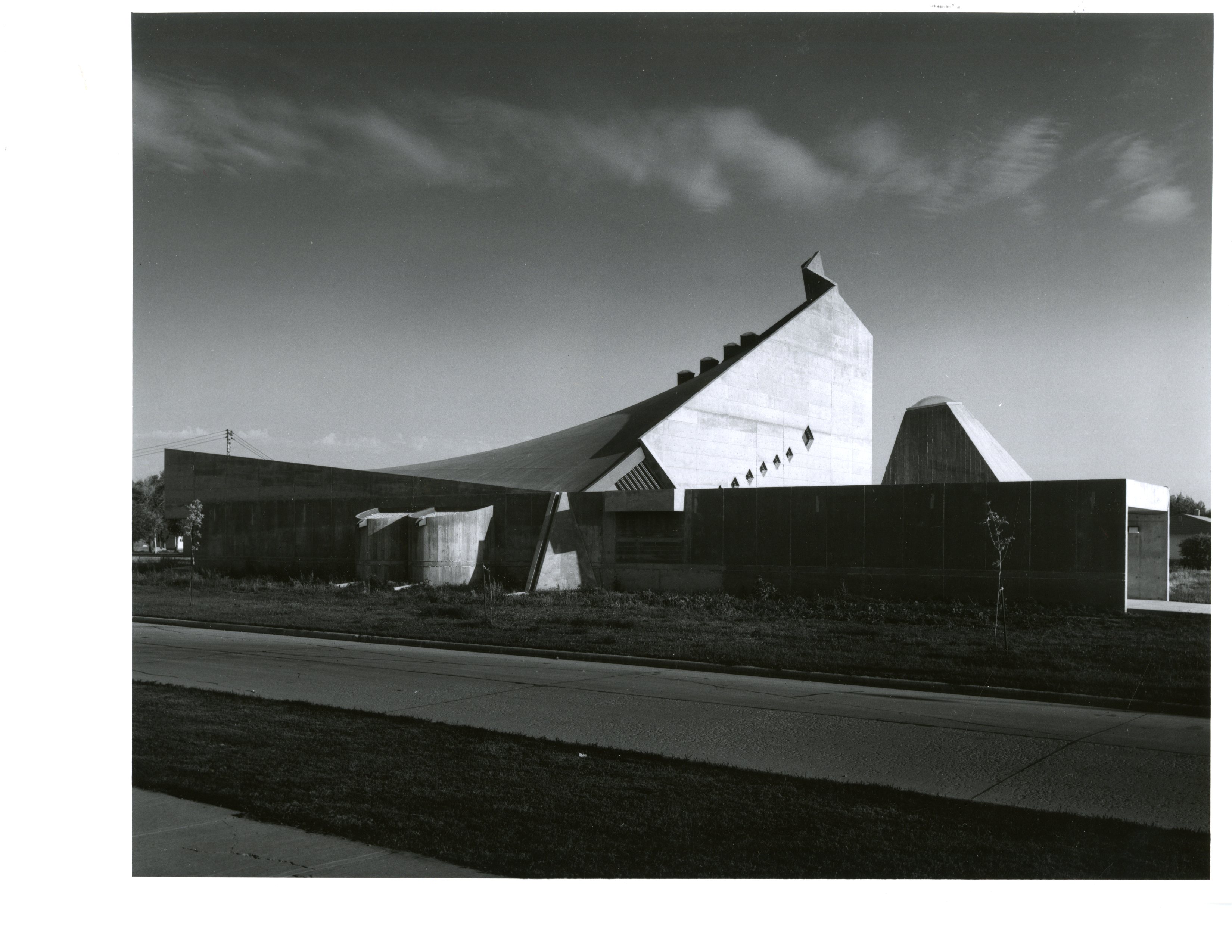 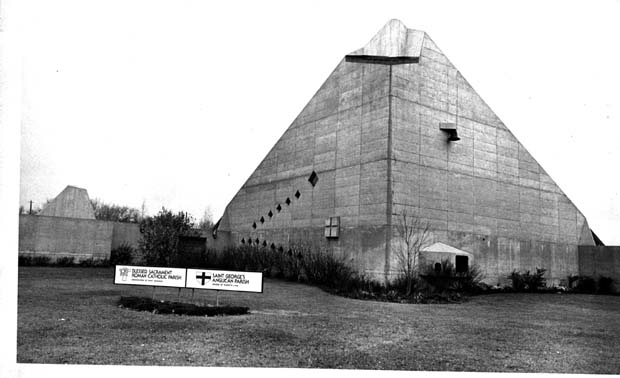 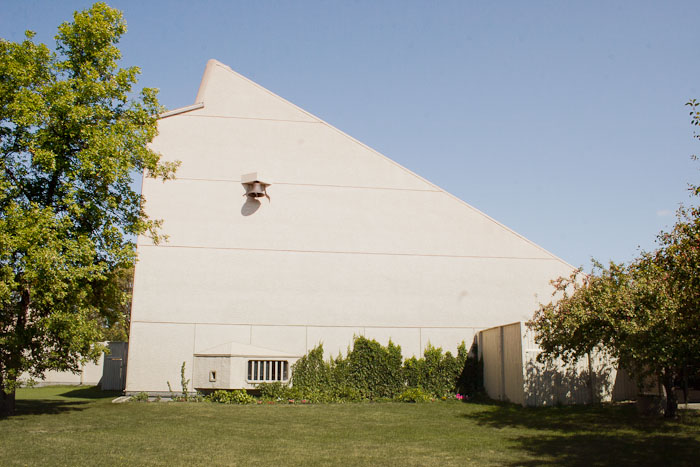 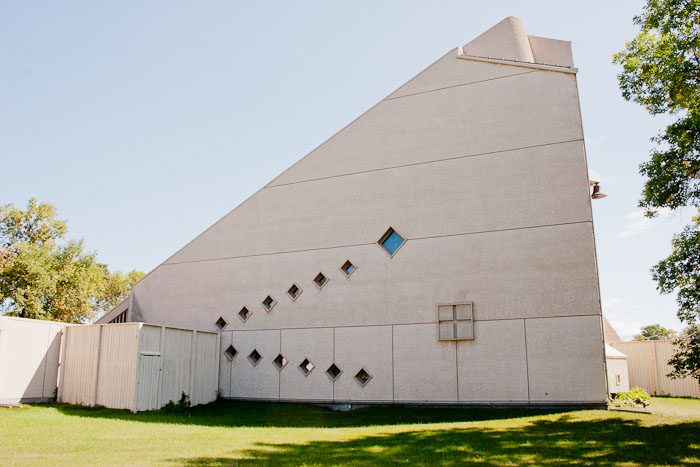 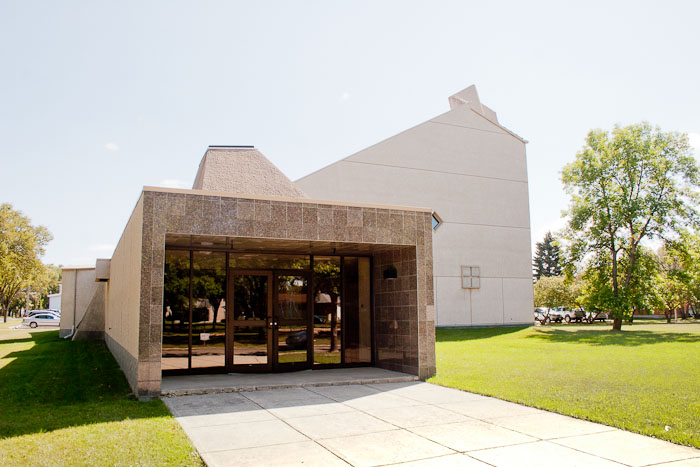 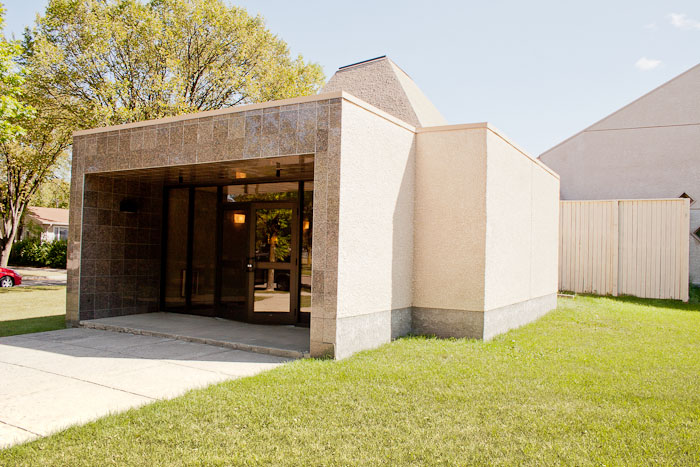 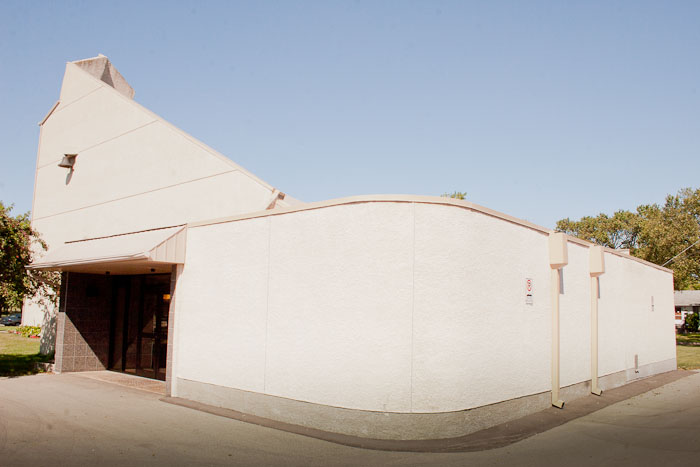 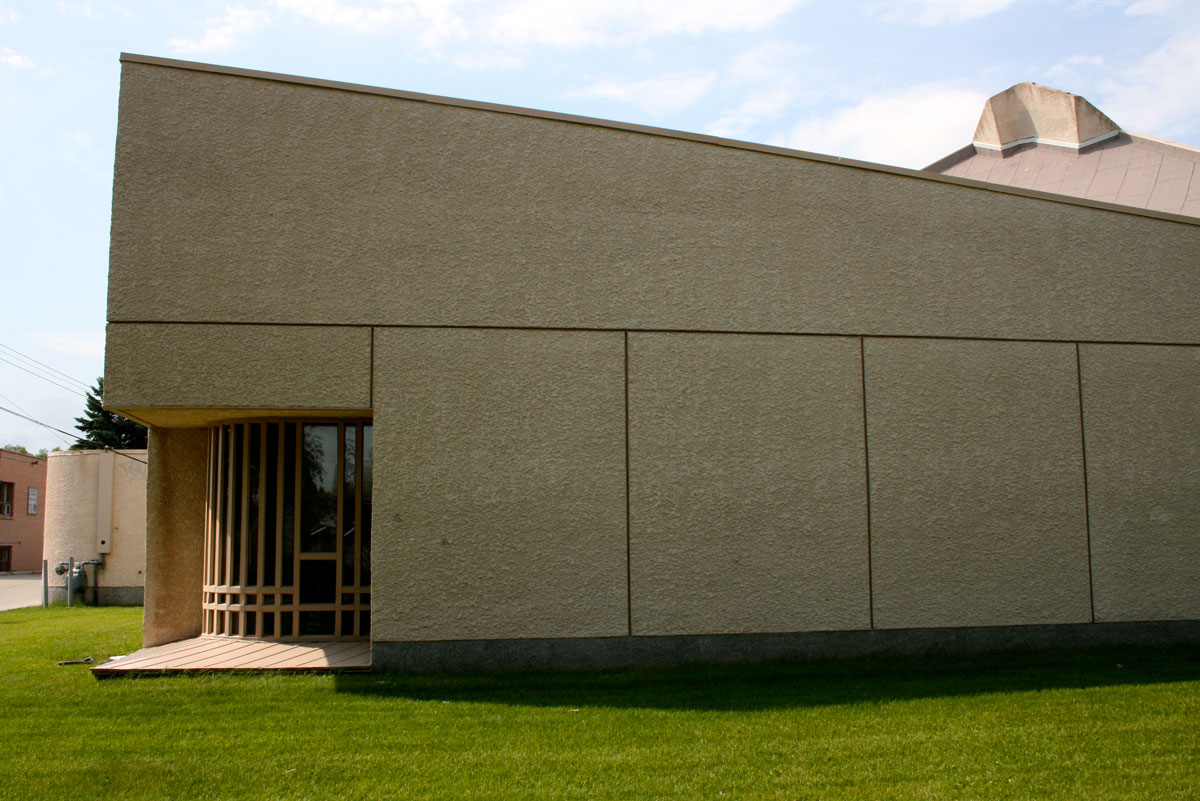 An impressive site visible from Transcona's Kern Park, Blessed Sacrament Church is an important Winnipeg example of Brutalist architecture. This church’s bare concrete walls, inventive fenestration and expressive shape all recall Le Corbusier’s 1954 Chapel of Notre Dame du Haut in Ronchamp, a building which Blessed Sacrament's architect, Étienne Gaboury, has cited as personally influential and which has also been seen as a key stepping stone in the evolution of Brutalist architecture as a whole. The pairing of these elements together within Blessed Sacrament Church render this building a sort of intermediate example that stands at the crux between Brutalism writ large and other categories within which Gaboury’s work has been placed, including Expressionism and Prairie Regionalism.

Among the traits which relate Blessed Sacrement to Le Corbusier's work and which resonate with the latter categories are an expressive use of modern materials. In this case the most notable material is unpainted concrete, here wrought not simply as a functional component, but to create forms capable of evoking a sense of emotional engagement and response. Indeed, a sense of uplift – intriguingly contrary to the substantive heft of cement – is conveyed throughout Blessed Sacrament, from its ascending windows to the altar skylight, which intentionally draws attention heavenward. It is in this interplay that the power of the building lies, a sculptural aspect that reveals the new possibilities the materiality of Brutalism offered architects in this period. The building must also be considered in light of the Vatican II liturgical transformations which altered the practices of the Catholic church during the middle of the twentieth century.

As put by Gaboury in his description of the structure for the Canadian Architect in 1968: "This Roman Catholic church, accommodating 450 people and designed to satisfy liturgical requirements, is the first stage of a two part project and will eventually be linked to a rectory. The first design consideration was the development of the nave around the altar without completely encirling it. In addition, each pew had to provide perfect visibility of the entire sanctuary. The square plan with the diagonal axis between the sanctuary and the baptistry provided the most logical solution to this problem. The oblique hyperbolic paraboloid roof not only provided economical spanning for the square plan, but also offered the proper spatial progression from the entrance to the baptismal font, from the front of the nave, and from the nave to the sanctuary. The church has a pile foundation, concrete floors with tile finish, and an exposed concrete exterior and textured plaster interior." (Étienne Gaboury, 1968)

The exterior of Blessed Sacrament has, since its initial construction, been re-clad in a stucco coating. As well, in recent years the building's unique doorways, with custom woodwork detailed in classic Gaboury fashion, have also been removed and replaced with more standard glass doors.