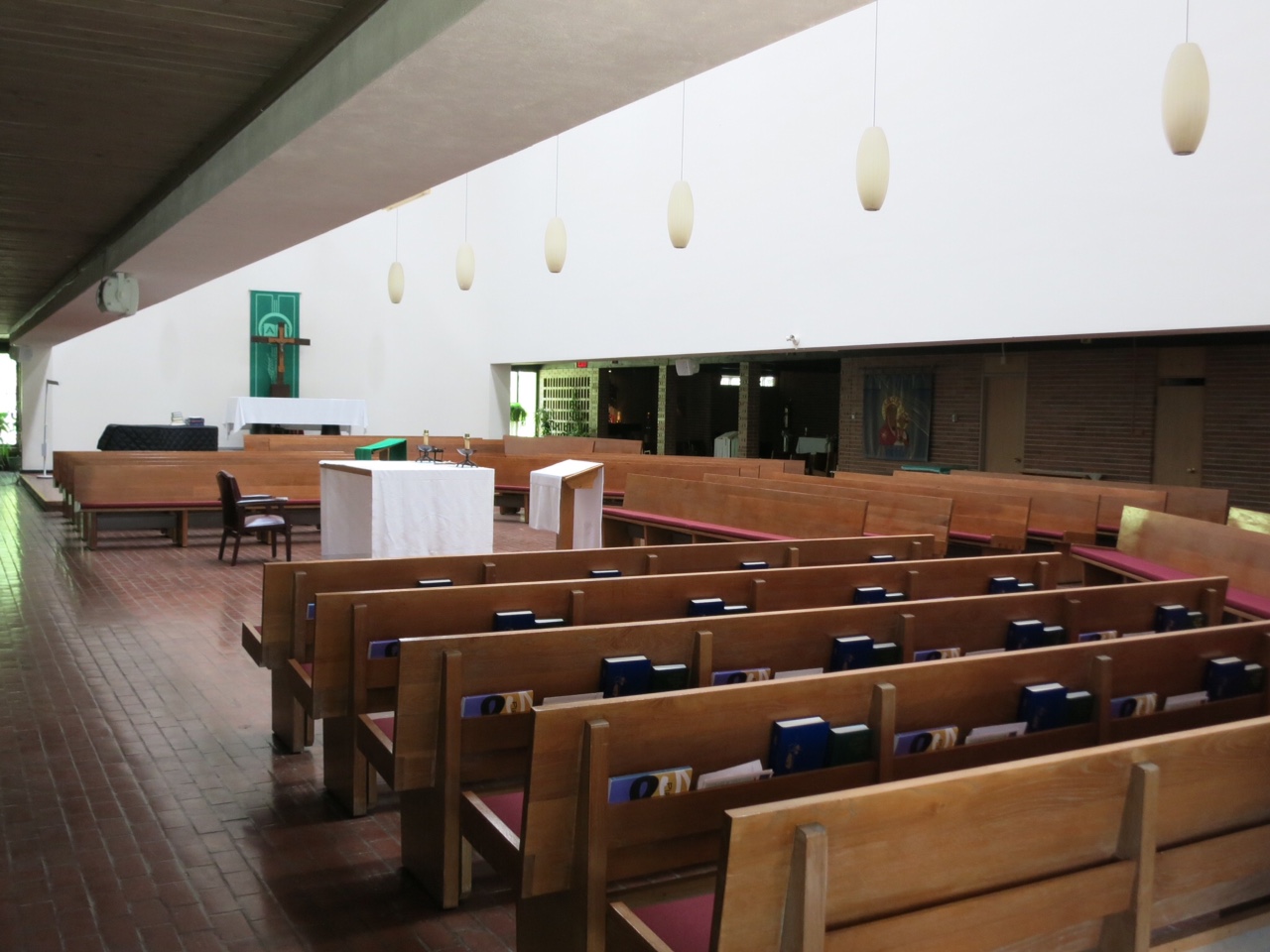 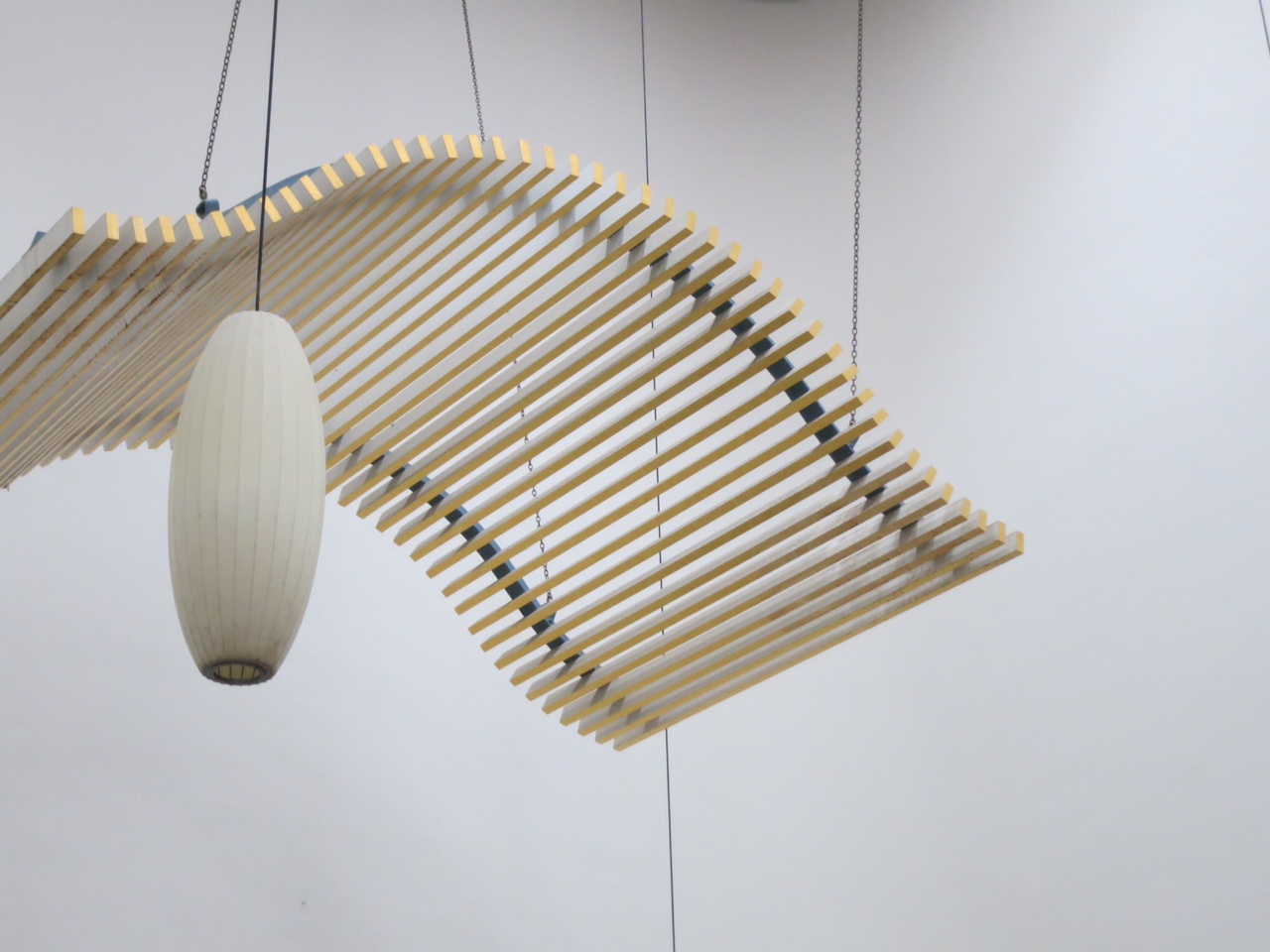 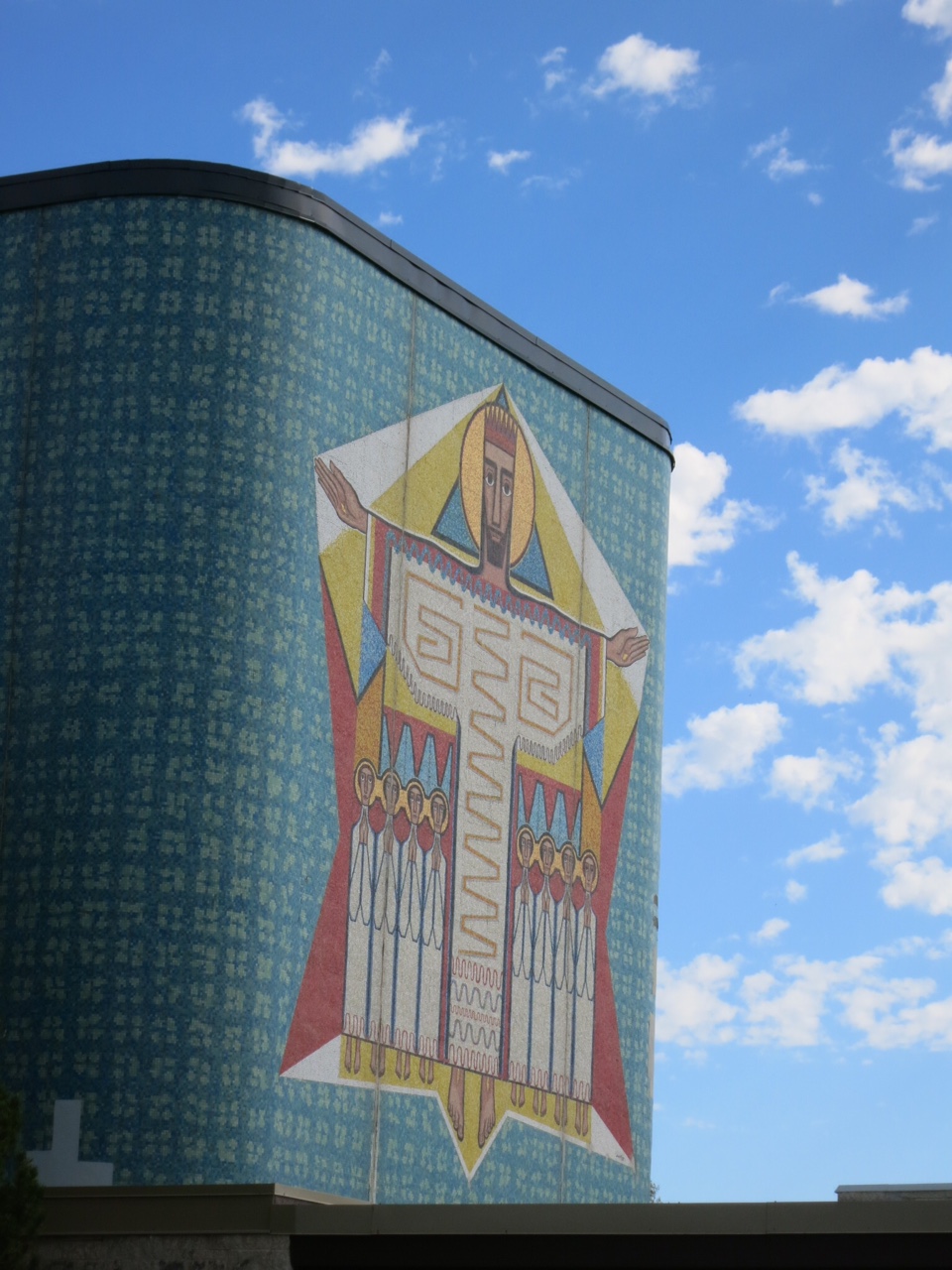 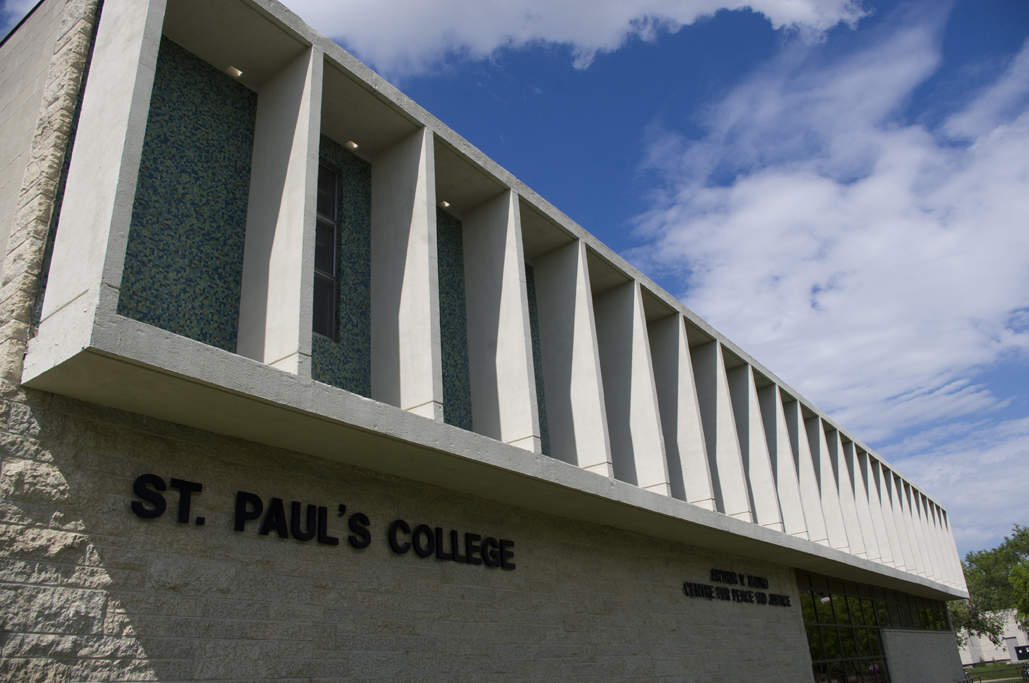 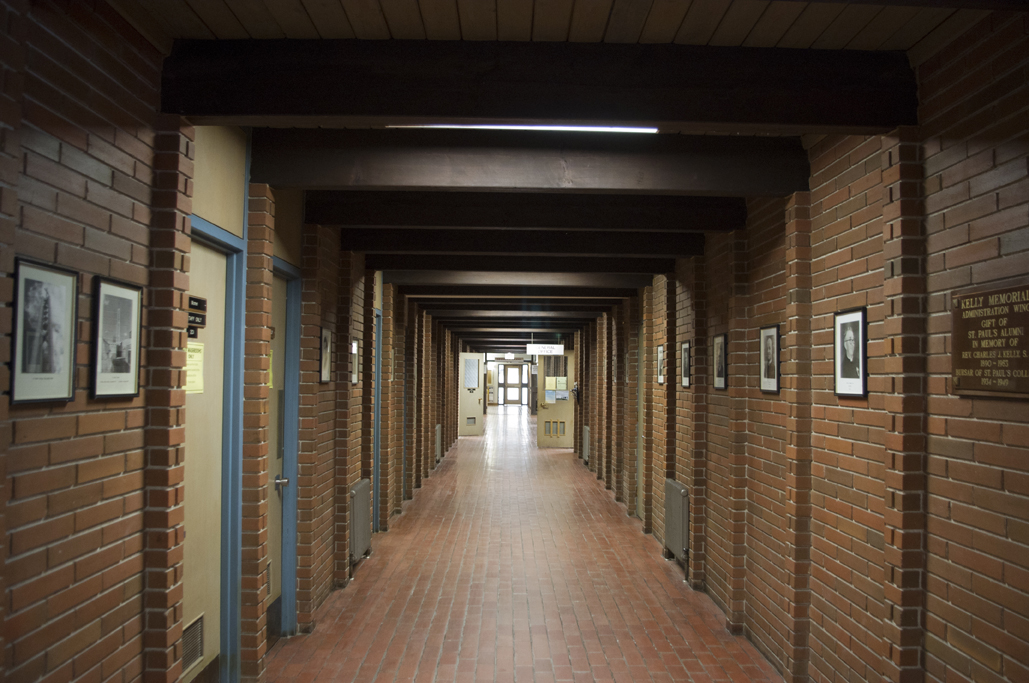 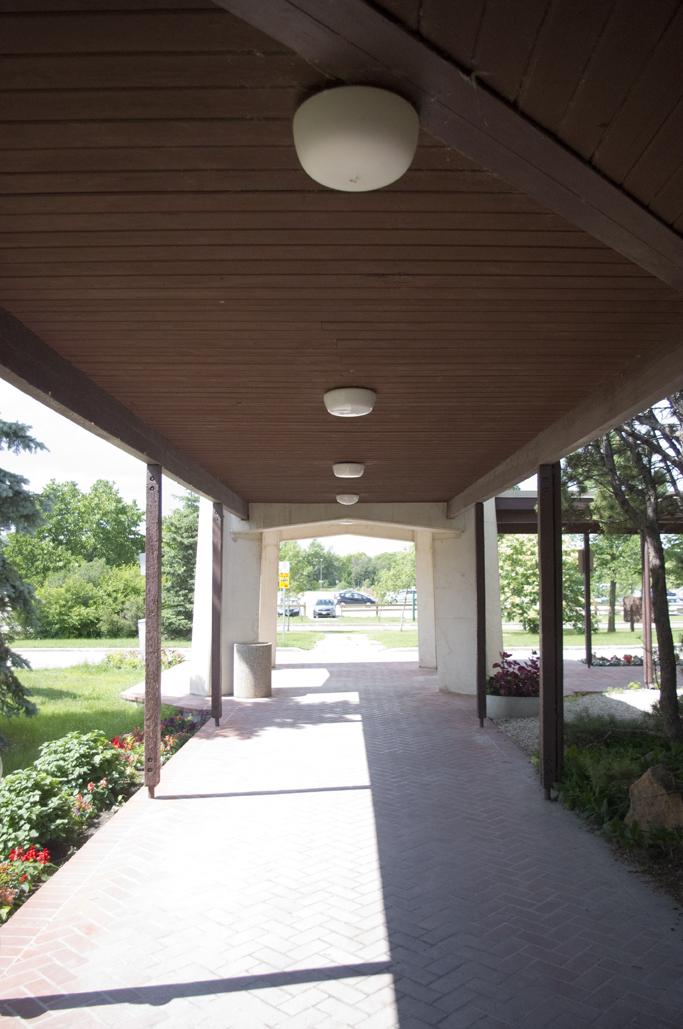 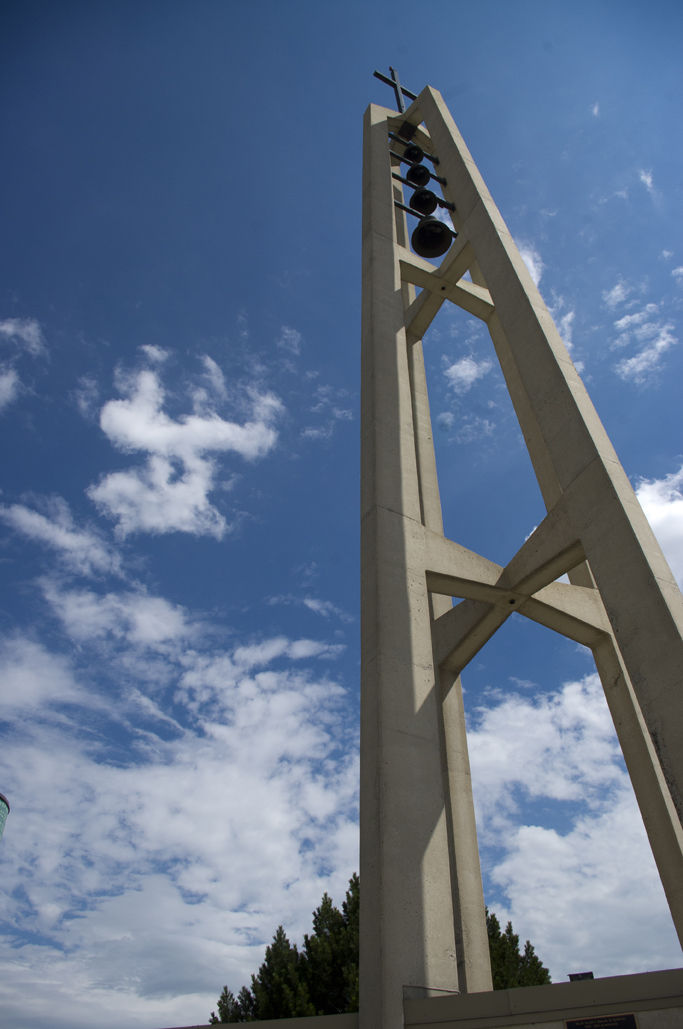 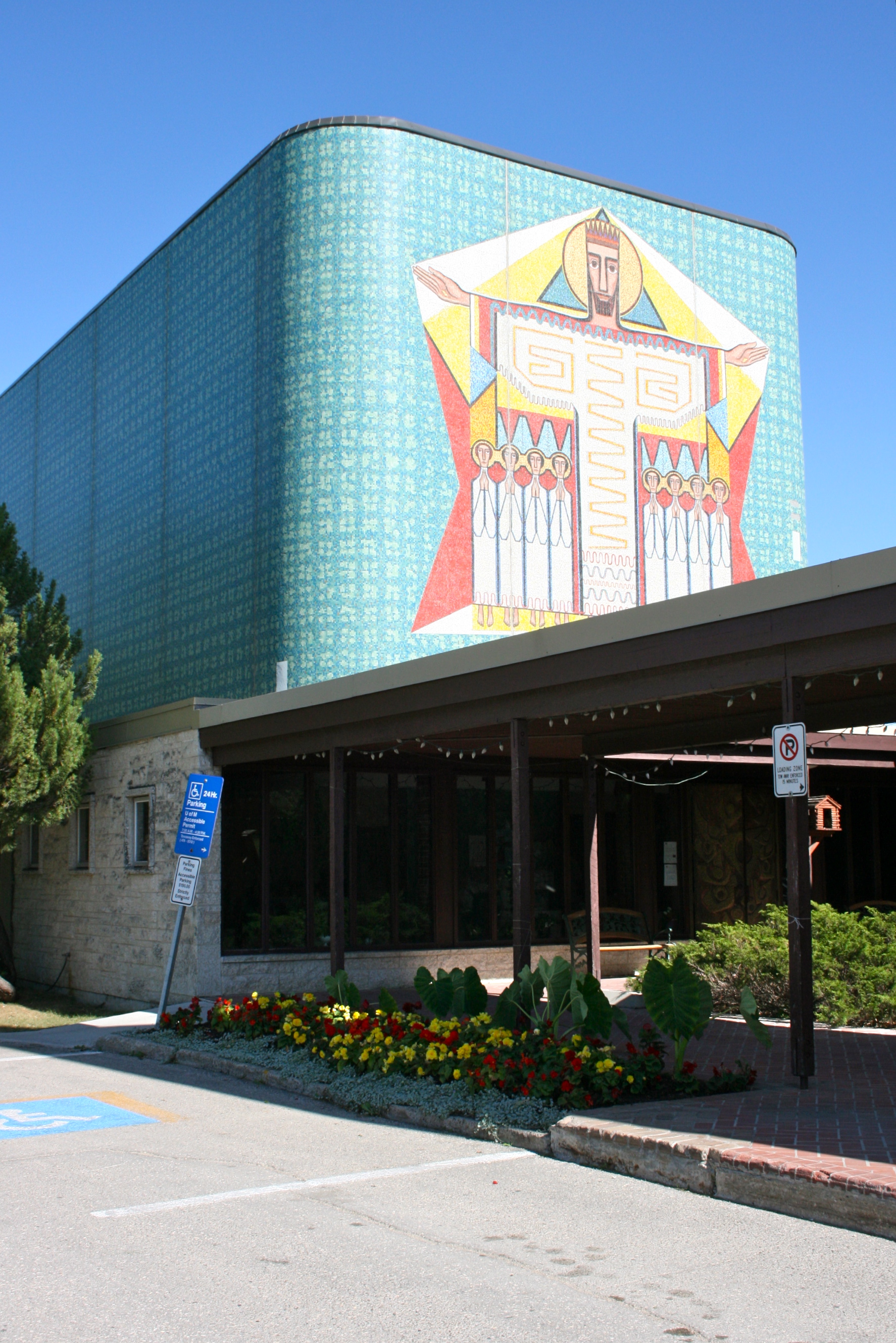 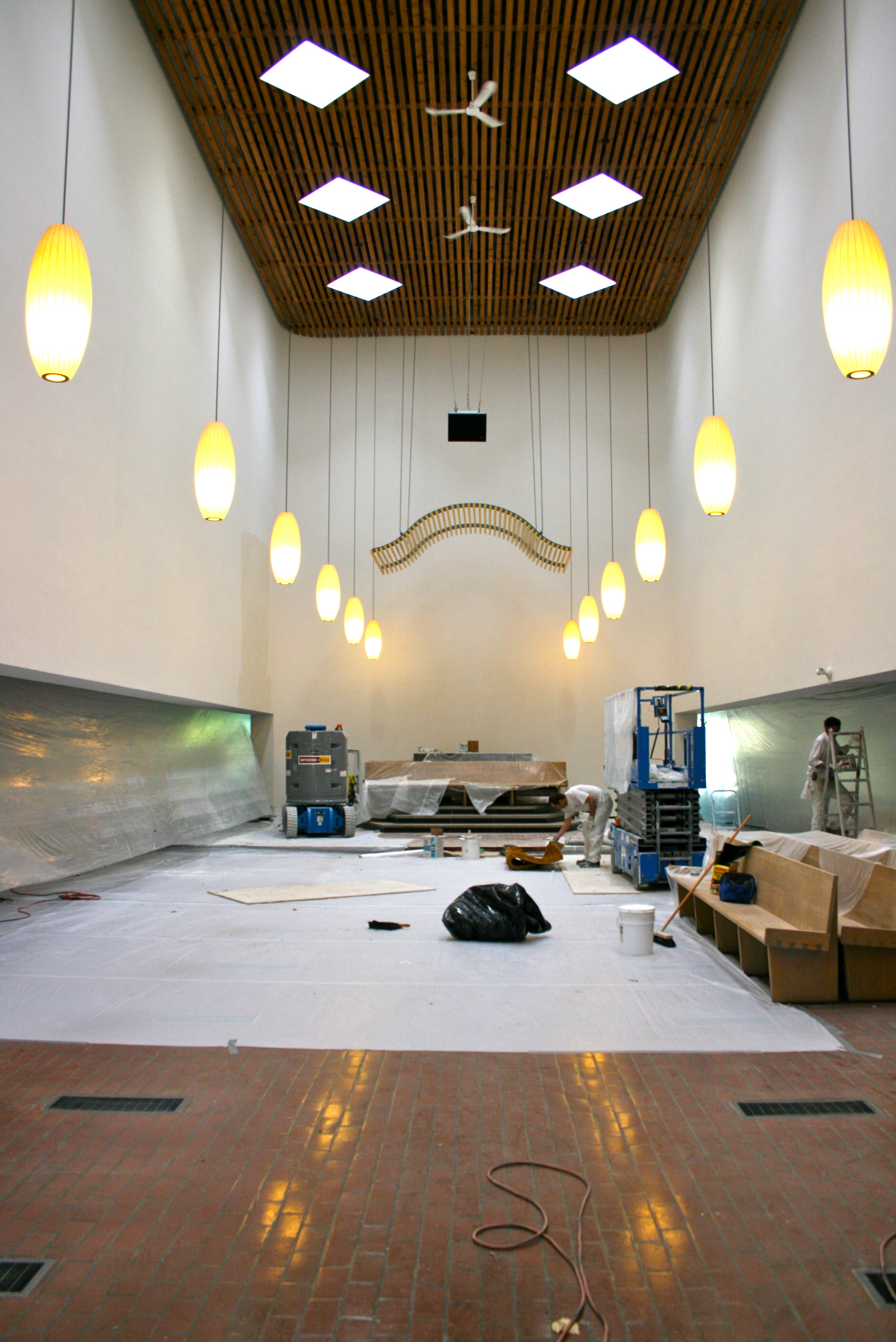 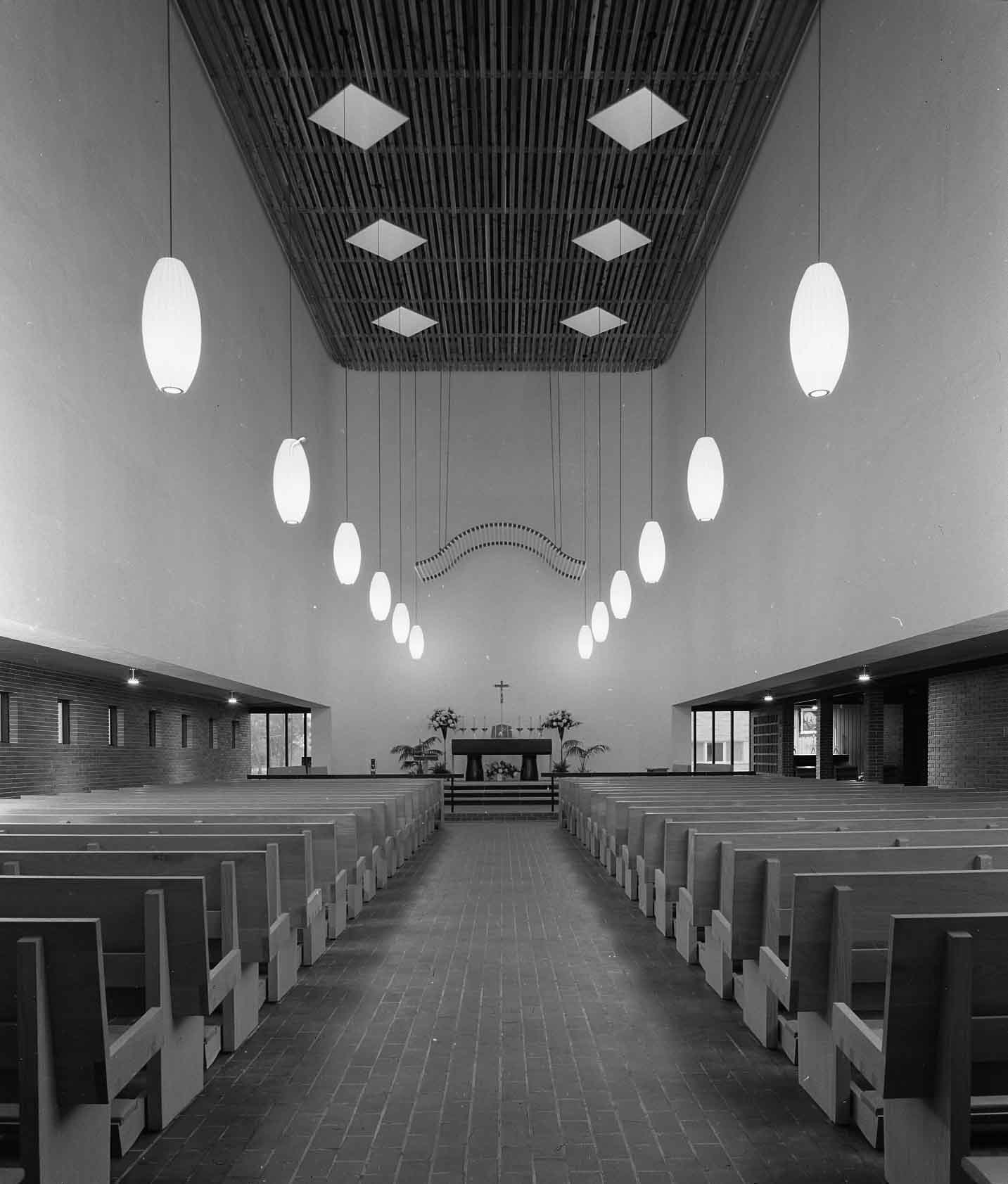 St. Paul's College and Chapel of Christ the King

Founded in 1926, St. Paul’s College became affiliated with the University of Manitoba in 1931. For many years the college occupied a site in Winnipeg’s downtown, near the intersection of Ellice Avenue and Balmoral Street. In the 1950s it was decided that the college would join with the rest of the University of Manitoba, which was being centralized on a campus well to the south of the city’s core. A May 1957 sod-turning ceremony marked the first phase of construction of the new development. The new facilities included two instruction units comprised of six lecture rooms, physics and chemistry laboratories, University Catholic Centre units, a lunch room, a club room, the chapel and administration. The second phase of construction included residences for staff, graduates and students, further instruction accommodations and a student lounge.

Although St. Paul’s College was conceived of as an individual architectural pavilion within the University of Manitoba's Fort Garry campus, Gardiner, Thornton, Gathe and Associates made effort to collaborate with the architects of St. John’s College and respond to the surrounding context. St. John’s College is located directly east of St. Paul’s College, so the relationship between the structures, the circulation requirements and the views informed the final composition of the complex.

The structure of St. Paul’s College is a concrete frame and load bearing brick piers and walls that rest on a piled foundation. A wood plank deck composing the roof rests on wood or steel beams throughout the complex. The interior finishes are brick, granwood, lino tile, wood panel walls, brick, and wood slat. In many locations the interior structural materials have been left exposed. The exterior finishes are rough-hewn Tyndall stone and green mosaic tile on the upper walls of the chapel. On the west exterior face of the chapel, Vancouver artist Lionel Thomas executed a multi-coloured mosaic.

The Chapel of Christ the King is the centre of the design concept for the college. A precast concrete bell tower, in which the bells were installed in 1966, identifies to visitors the main entrance of the college. Modest in size, seating 380, the chapel interior is an open space, free of unobstructed views. The upper walls are constructed with hollow cardboard boxes, sprayed with concrete in order to eliminate the need for columns that would disrupt the clarity of the space. The resulting rigid frame of concrete, weighing approximately 800 tons, can be carried on four piers hidden in the end walls. Curtains of glass cover the first level of the east and west walls of the chapel. The white upper level and ceiling, punctured with 12 skylights, contrasts with the dark brick of the side walls. Blond oak pews, a pine canopy or baldachino, a Swedish granite altar and Minnesota granite altar steps enhance the richness of the interior space. The floor of patterned polished brick becomes increasingly elaborate as one moves from the nave to the sanctuary. The chapel doors are covered with hand-hammered, embossed copper by Winnipeg goldsmith, Ludwig Nickel, who also designed the Tabernacle with matching candlesticks, the black Chalice with cloisonne inlay and the mural of Our Lady of the Apocalypse. Fourteen sculptural stained-glass panels depicting the 14 stations of the cross were also designed for the space by M. Gabriel Loire of Chartres.

In proceeding decades a lecture theatre and additional spaces, designed by architect Étienne Gaboury, were added.