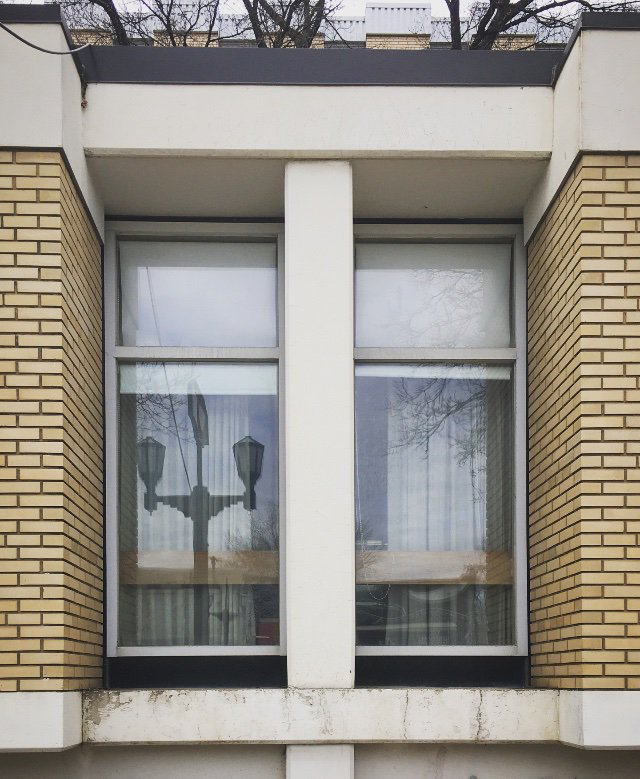 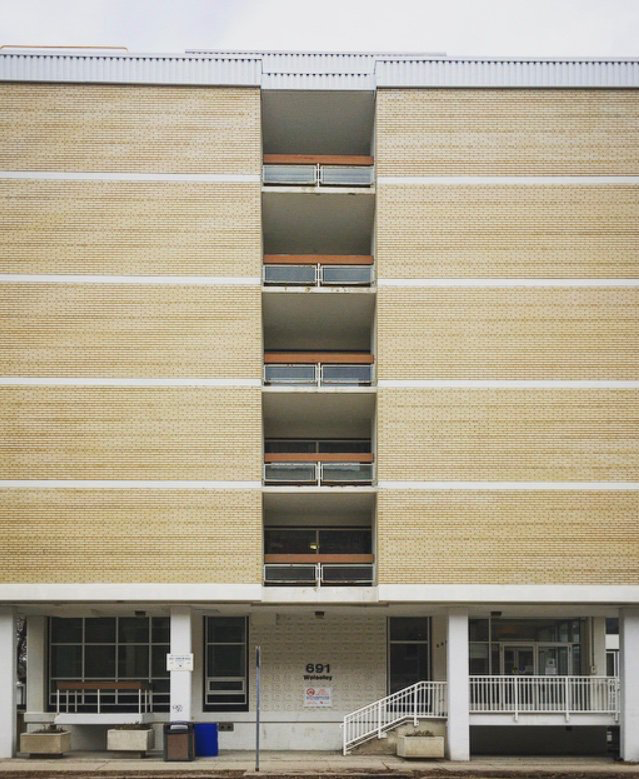 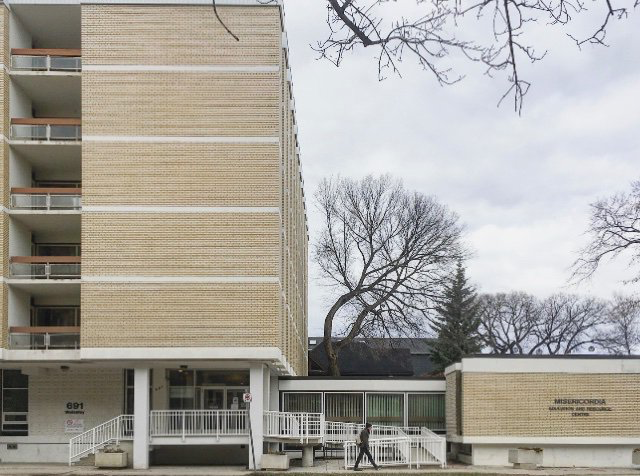 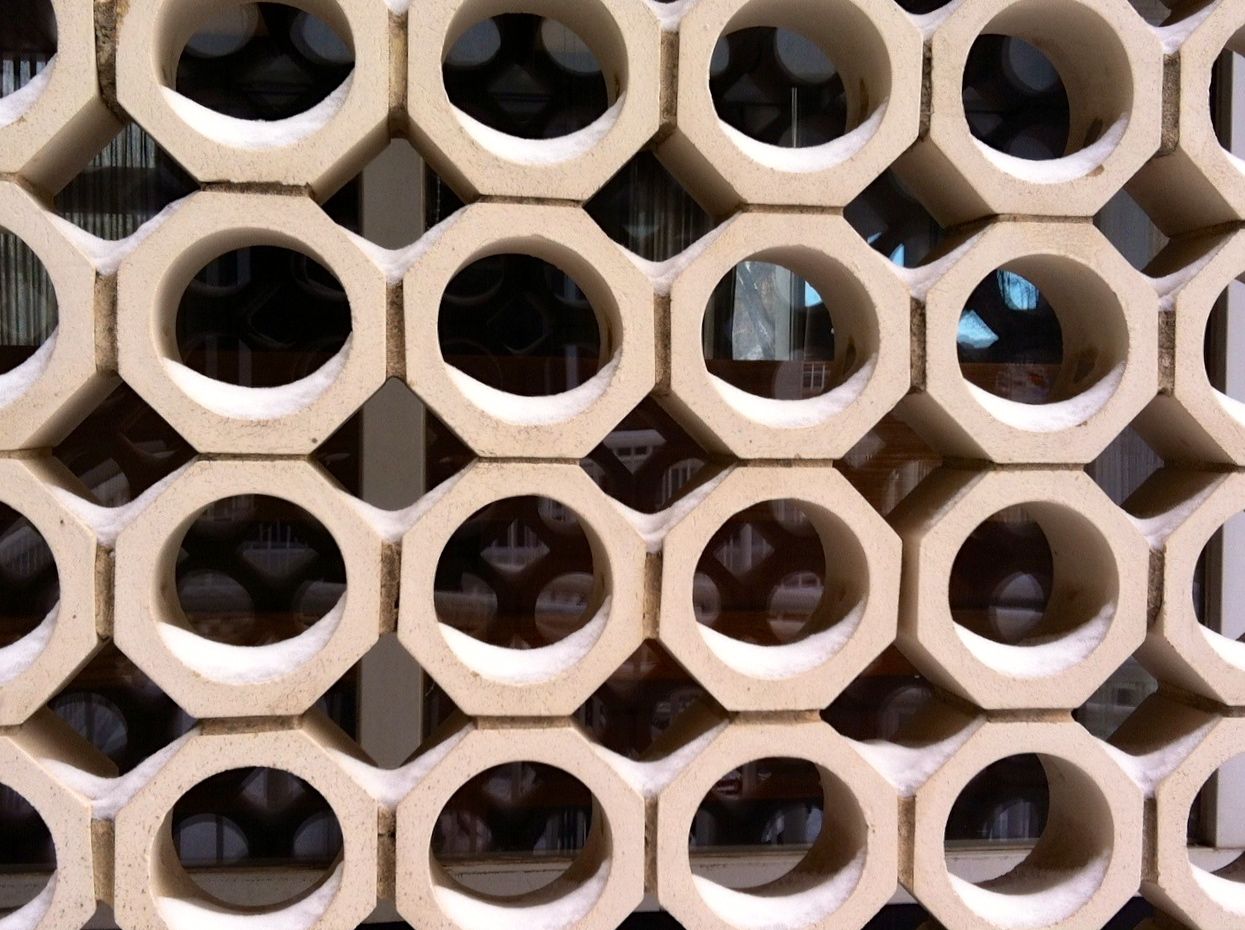 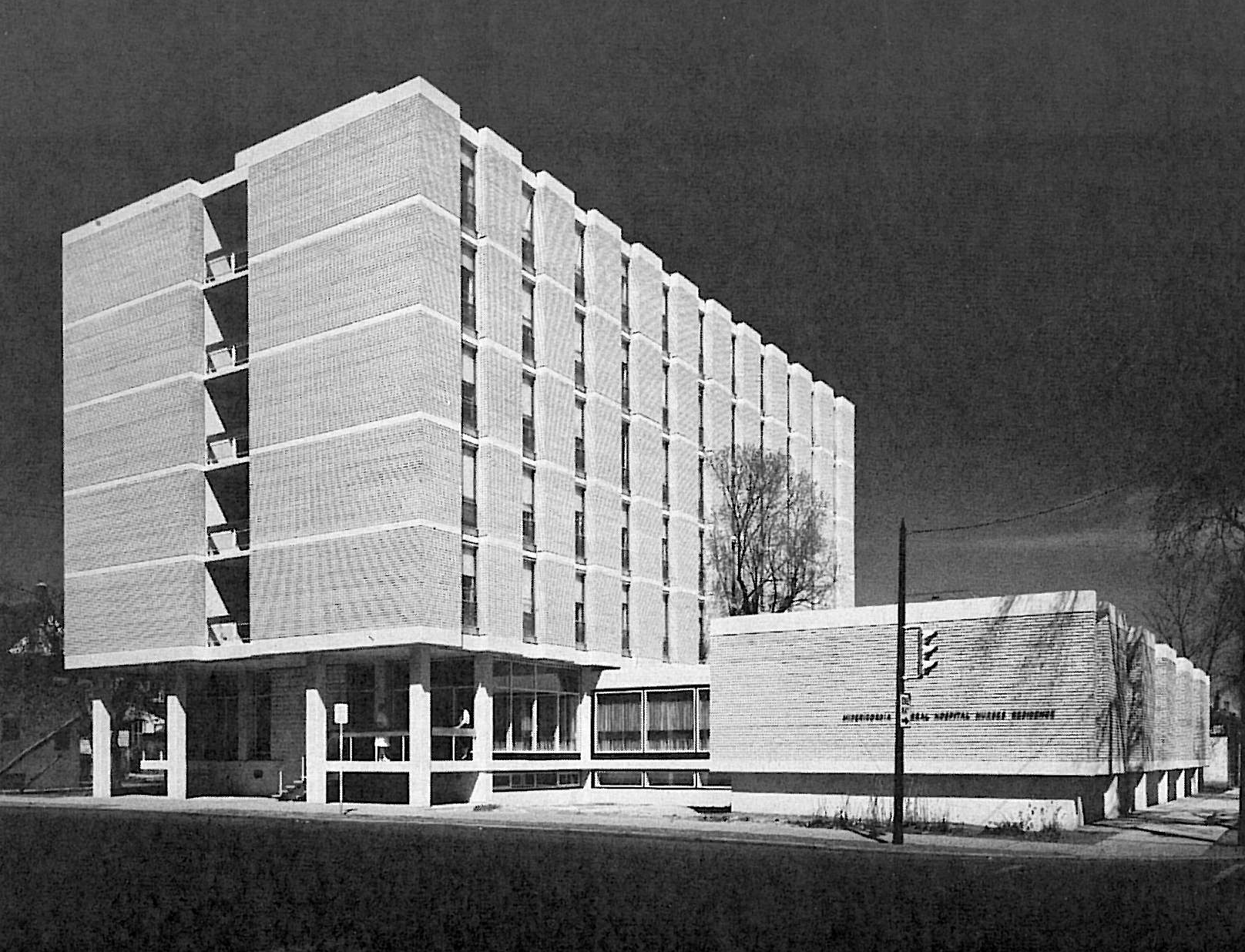 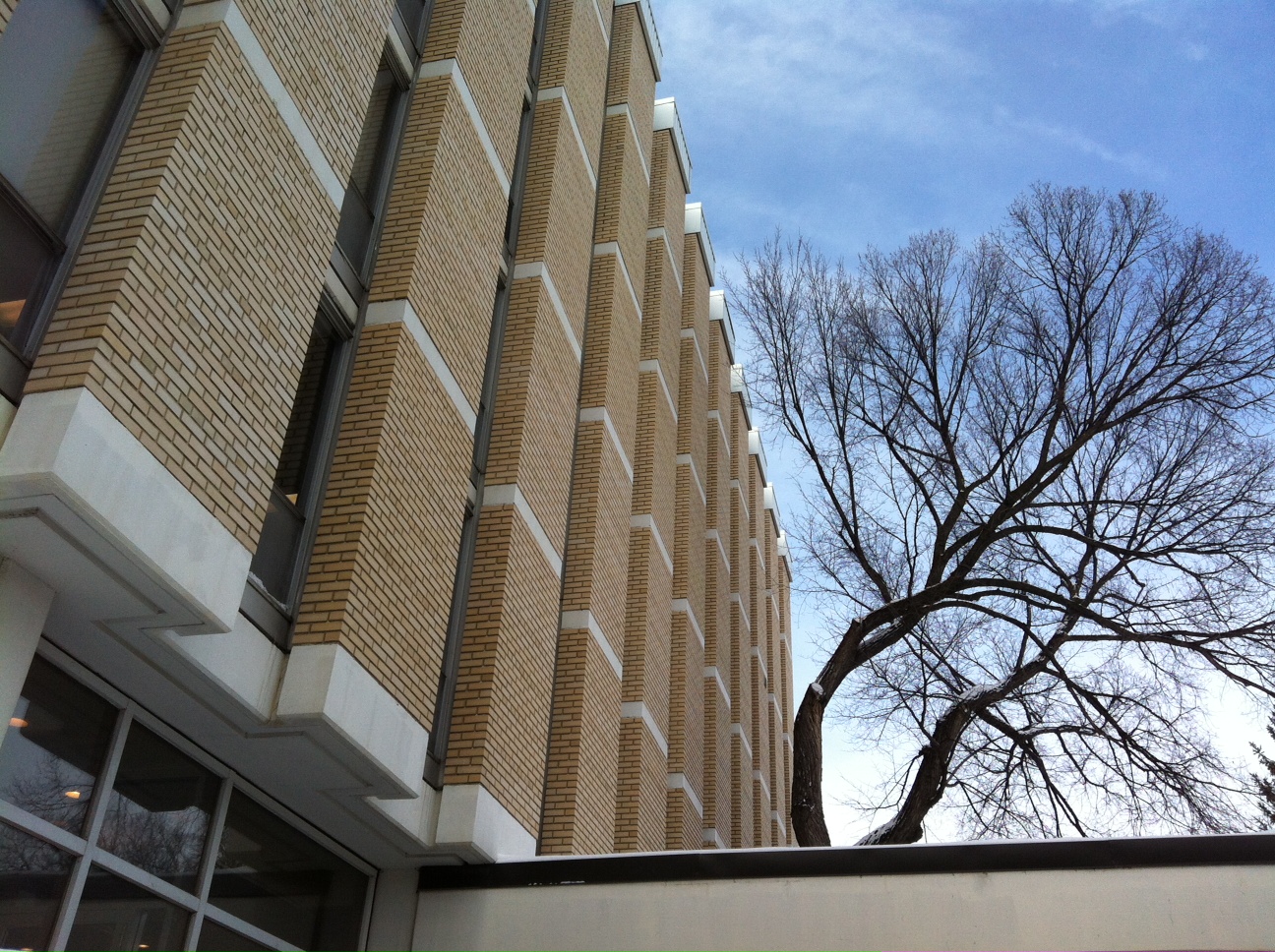 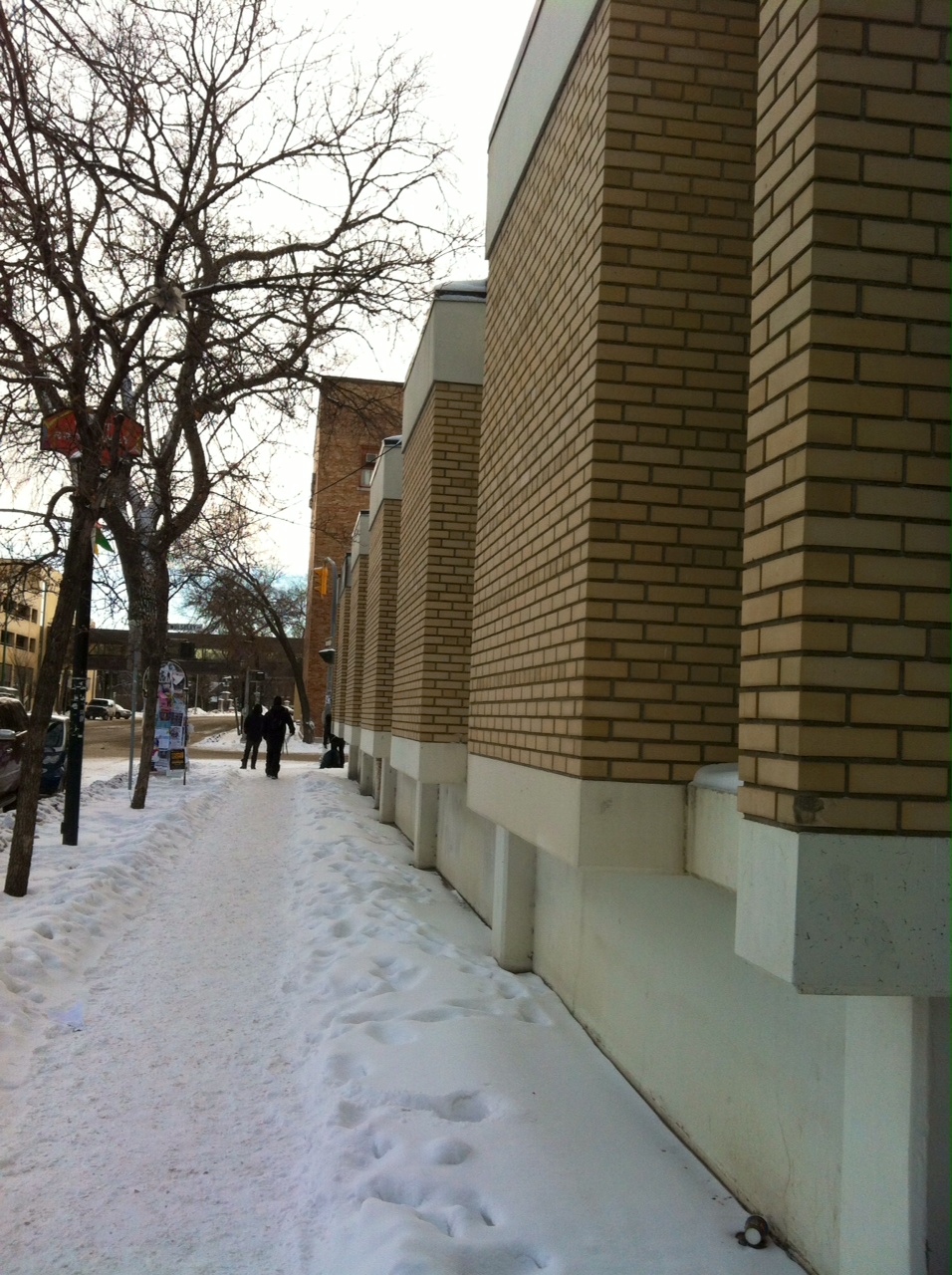 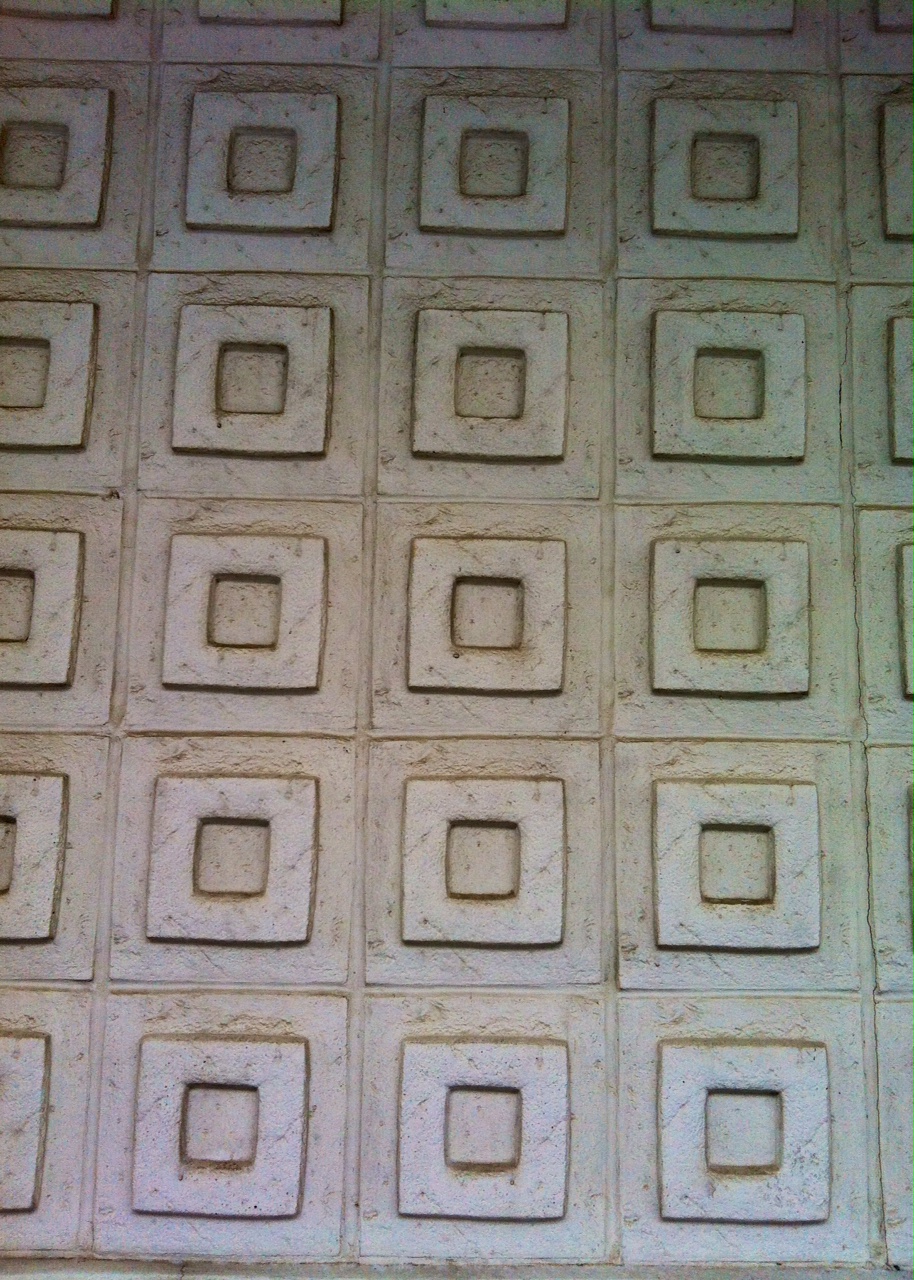 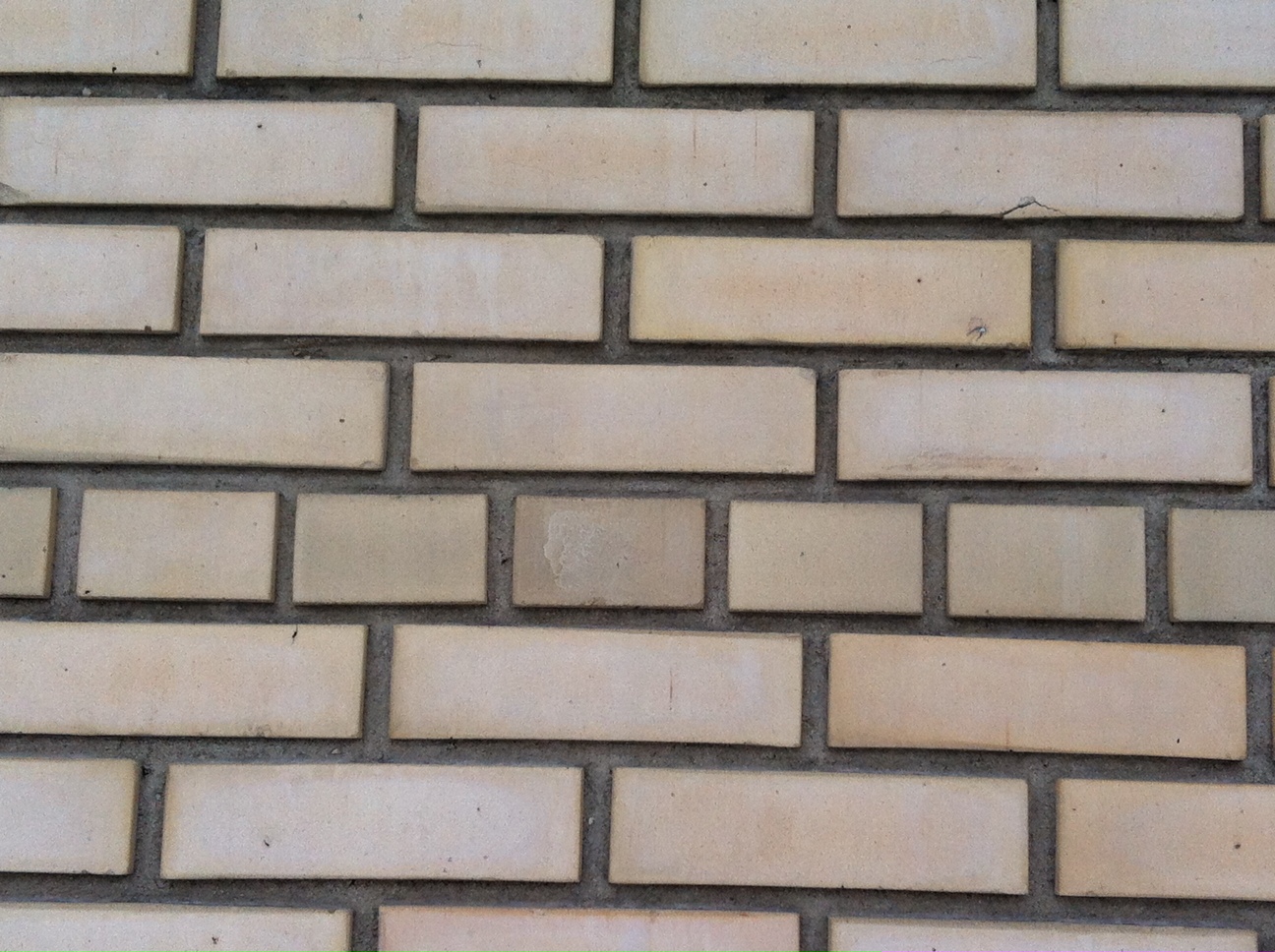 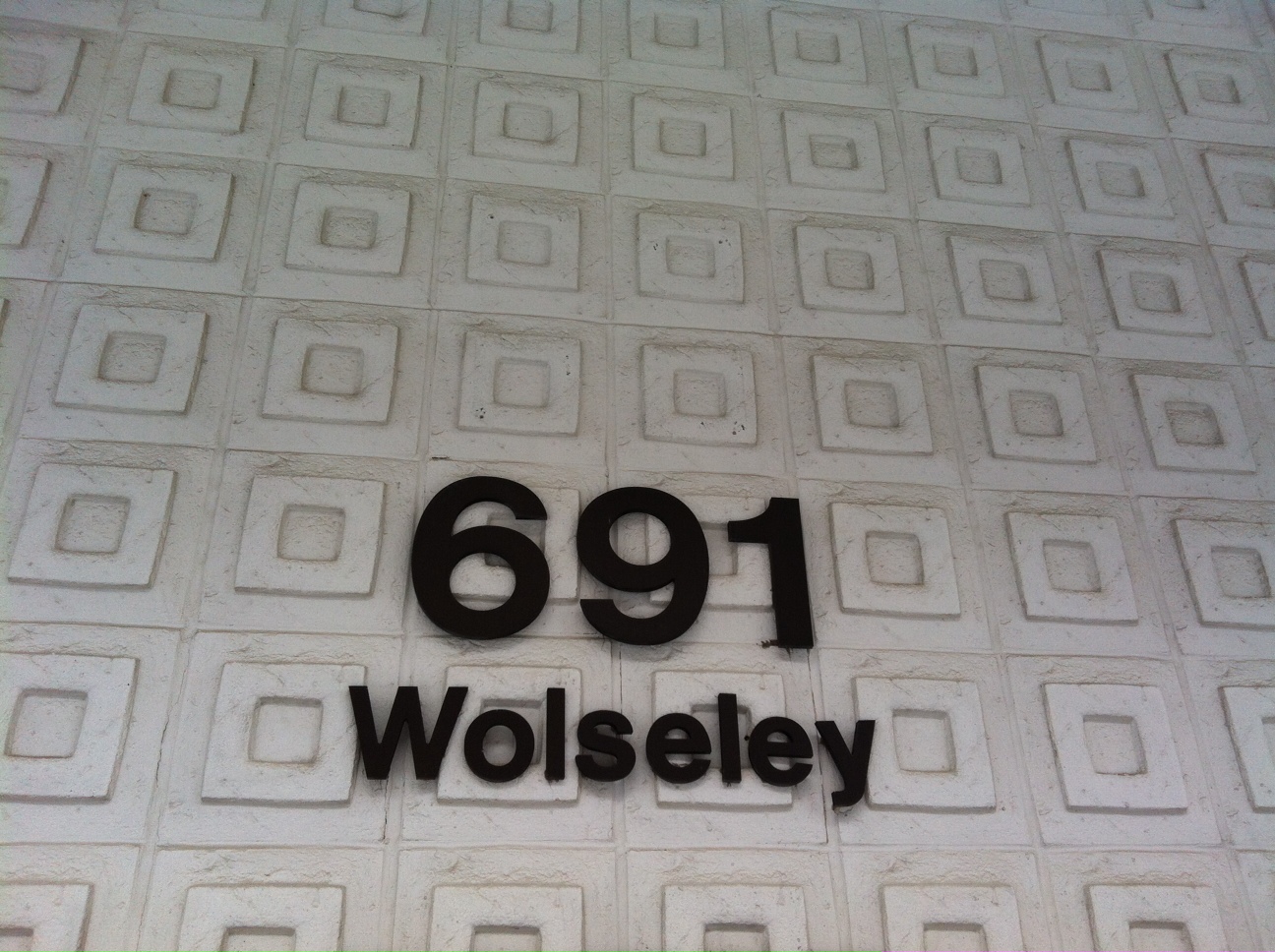 Located at the corner of Sherbrook Street and Wolseley Avenue, the nurses' residence (whose construction began August 1961) was designed to accommodate 200 students. The building, designed by Waisman Ross Associates, is seven storeys high, including the basement. It was designed to house 26 students on each floor, mostly in single rooms, with accommodation available for an additional five or six students on the main floor. Each floor features a "central core" service area. The rooms for students were built on both I sides of these central areas. The ground floor initially featured a 60-seat library, a spacious lounge, kitchenette facilities, and "visiting parlors." These were small rooms, easy to shut off, where the students could welcome guests in complete privacy. The building also initially had snack bar facilities, washing machines, dryers, and a patio. The patio surrounds a tree in the open central courtyard. This fact reflected a desire to save as many trees as possible. Specifically, one tree in this courtyard space is known as "Sister Odilon's Tree." The maintenance of this large elm at this site was advocated by Sister St. Odilon Belanger, a Quebec-born nun who served as the hospital’s director of nursing. Odilon was partly inspired by the recent fight to save the nearby "Wolseley Elm." This desire to save the tree shaped the ultimate design of the residence. The building was initially designed to possess a tunnel to a pool at Misericordia Hospital, so that (per a period newspaper account) "when the students want to go swimming or play volleyball, all they have to do is go through an underground tunnel, which takes them across the street to the Cornish wing. There they have a pink tile swimming pool and a large auditorium at their disposal." During recent years, this building served as Health and social service agencies including CancerCare Manitoba and the Wolseley Family Place. The tree and the residence are scheduled for demolition in 2019.