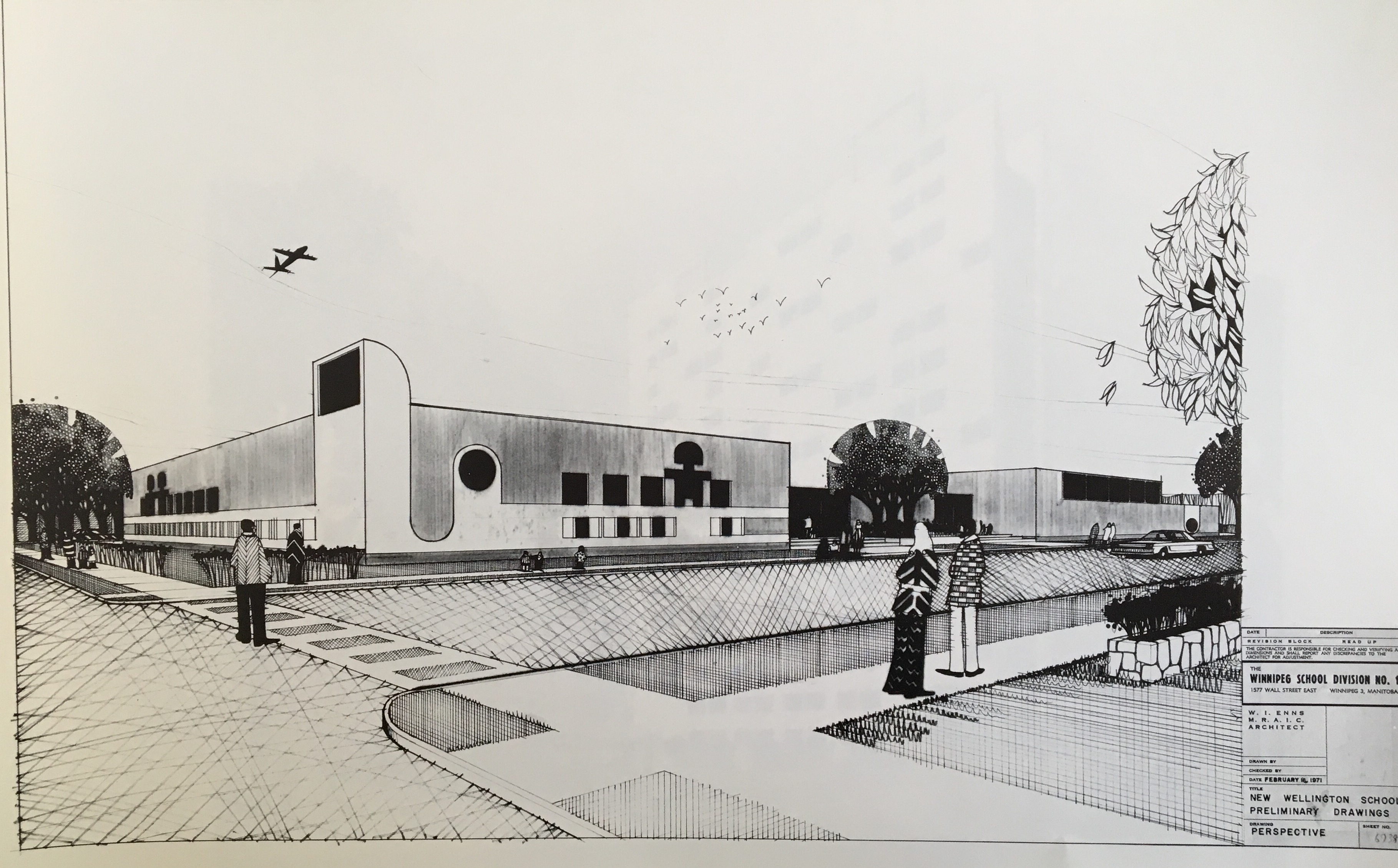 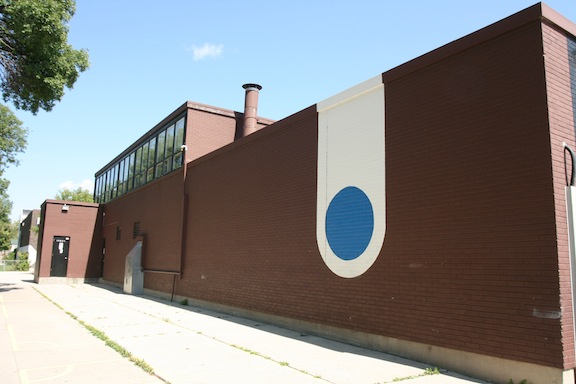 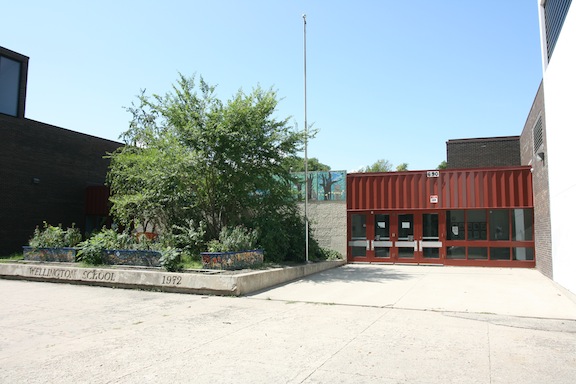 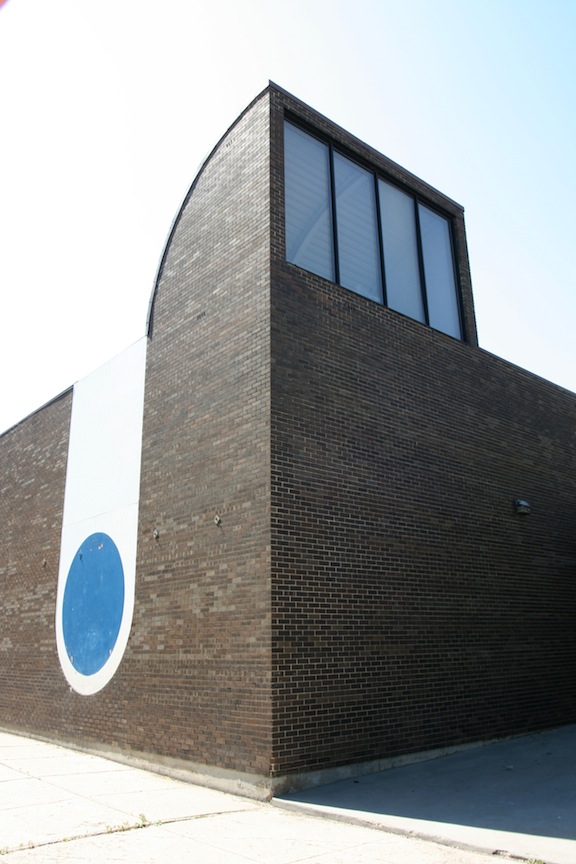 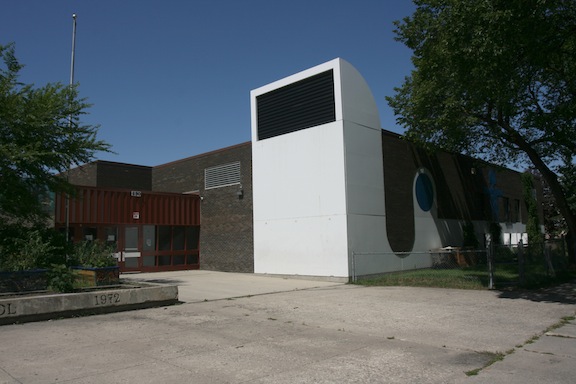 This school repeats a process that is probably unique to this division: adding to an existing (old) school and gradually demolishing the old part in favour of modern expansion. Wellington School was erected between 1898 and 1906, with an addition in 1959 that formed the nucleus of the much-larger addition in 1972, when the old school was demolished. The 1970s work by IKOY added a super graphic quality to the school framing its east (Beverley Street) entry doors.

The new school is very period-appropriate in its massing of volumes, minimalist wall detailing and use of colour block. Vestiges of the older portion are found on the west side near the back. The school presents three finished sides to the residential sidestreets with the fourth side letting into the schoolyard on the south side. The plan forms a rough H shape with indents for more light and ventilation to supplement the windows in the academic wings two storeys high. Walls are finished in a deep brown brick on the top half of the walls, wall ends and gym block, which contrasts with a bright white stucco finish on the lower half. Raised lightwells pop up from the roofline to light stairways and corridors within. The yard to the south is a good size and graced with mature trees.