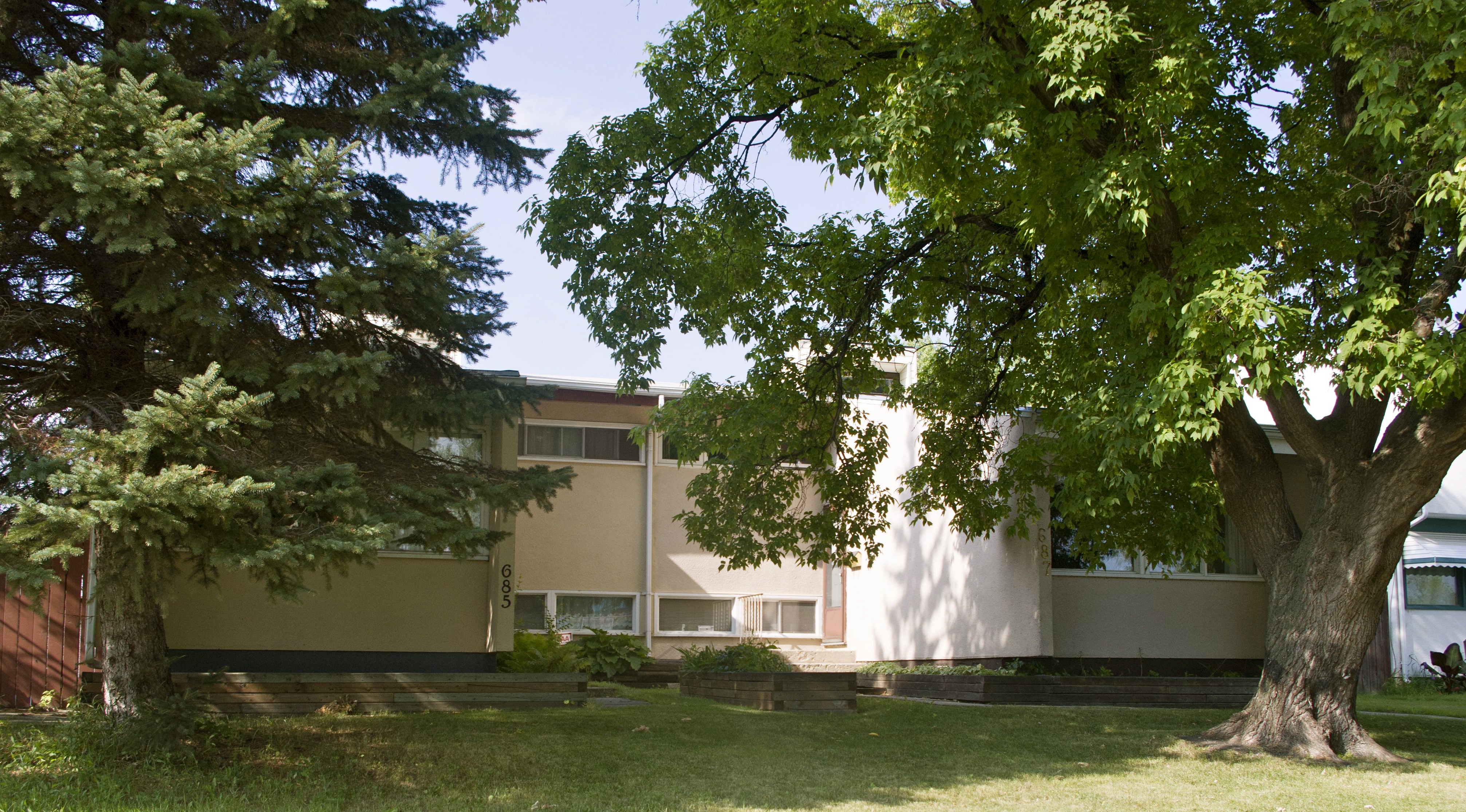 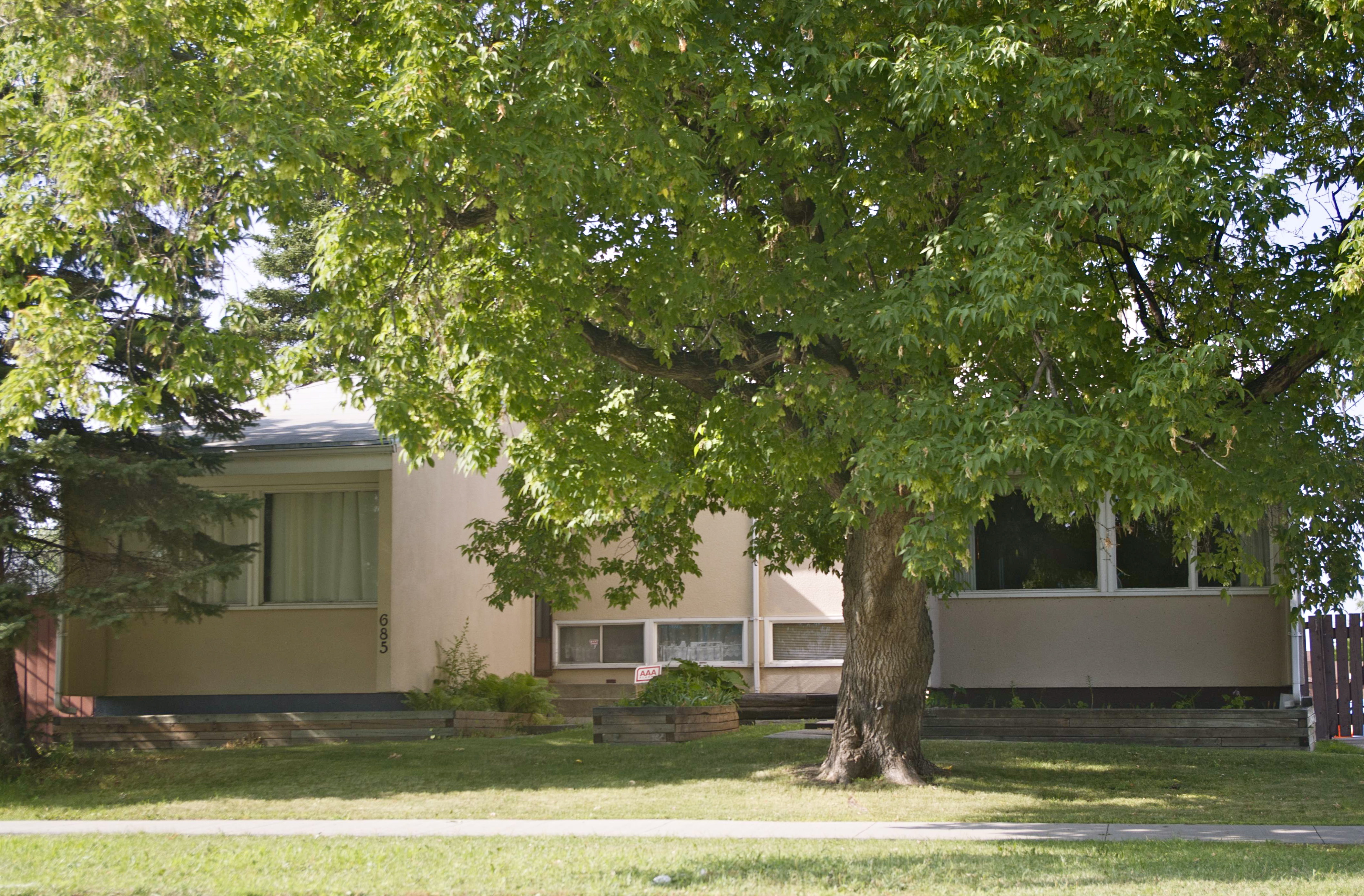 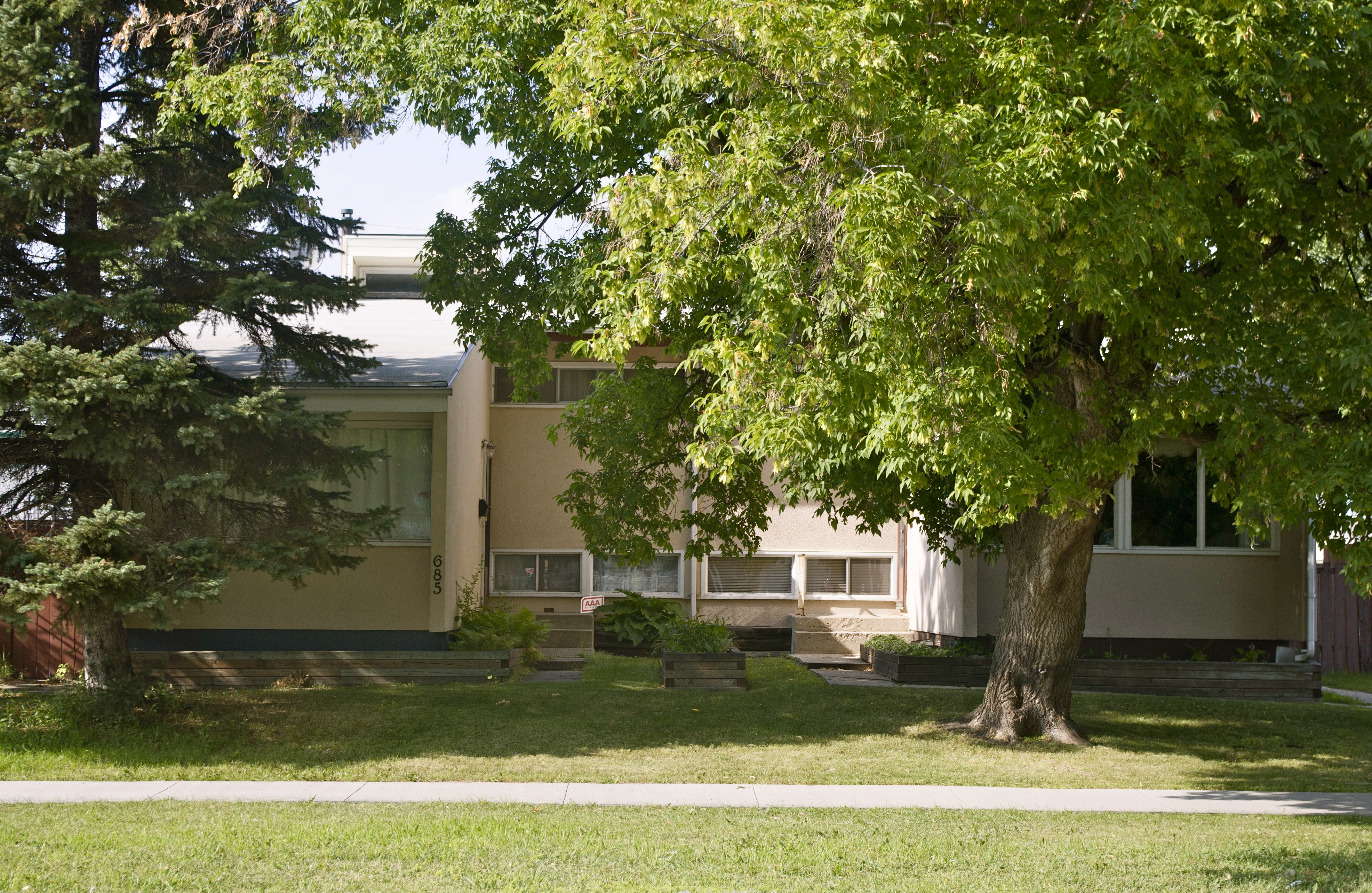 This home follows the general pattern of Berkshire Park in its duplex form. As throughout the neighbourhood, here the duplex utilizes one of a limited number of designs, alternated to provide aesthetic variety. In this case the architect, Étienne Gaboury, differed from his general use of two-storey rectangular plan topped by a gable roof. Instead, the shape of the split-level home – twinned with its neighbour – created a C-shaped plan with a protected forecourt at centre. Dramatically, a gable-roof is exaggerated as it covers a forward-thrusting wing that approaches the street and sidewalk. The façade of this section is fronted by large picture windows. Atop, this wing is capped by angular clerestory gables which provide interior illumination and aesthetic interest. Large areas of sparsely-embellished stucco are left bare, a simplicity that also speaks to the architect’s modernist inclinations. Similar homes in the area can be found at the adjacent 687 Elizabeth Road, 3 & 5 and 39 & 41 Berkshire Bay. The same plan appears in mirror-image (with the deep wings located at centre) at 27 & 29 and 63 & 65 Berkshire Bay.