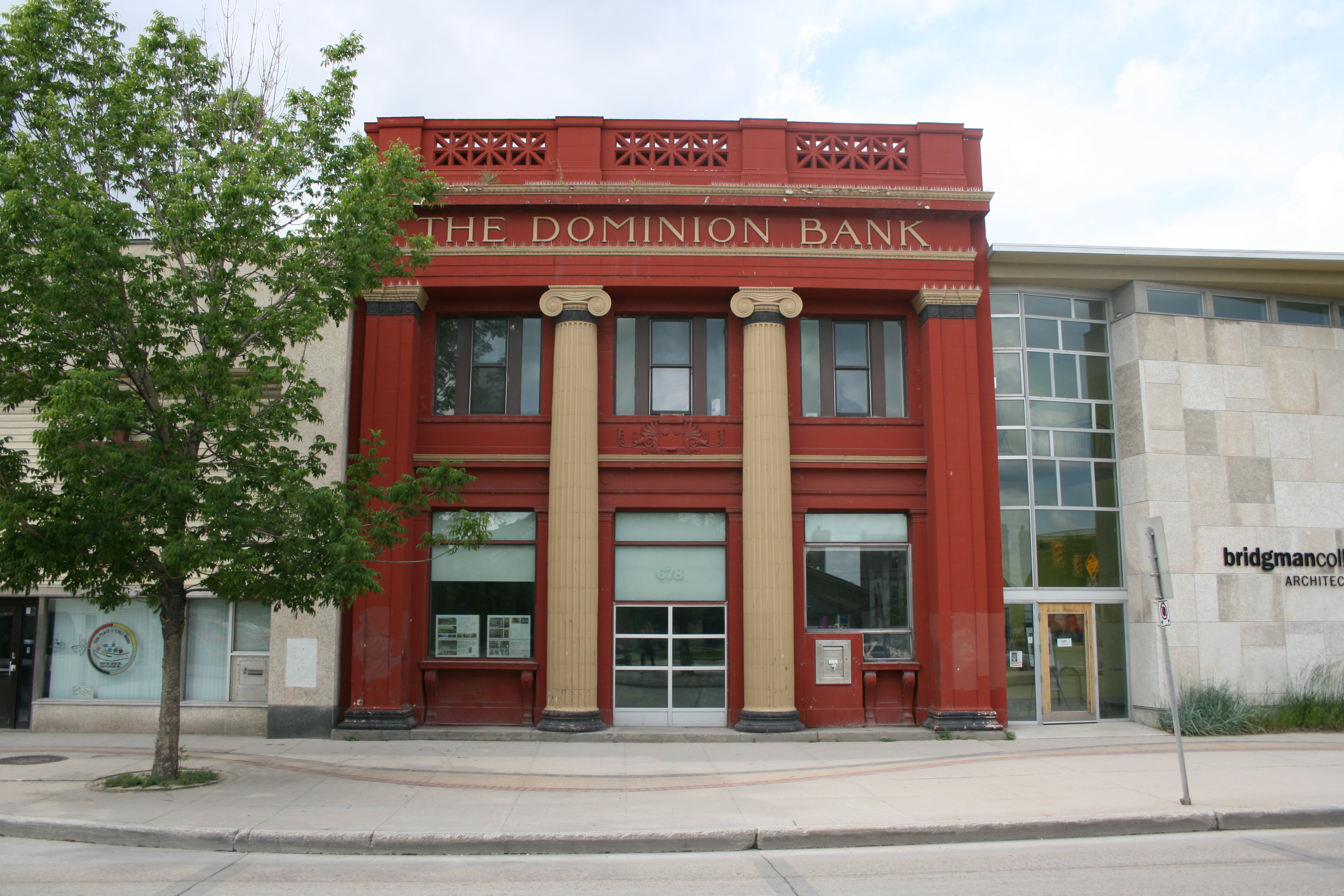 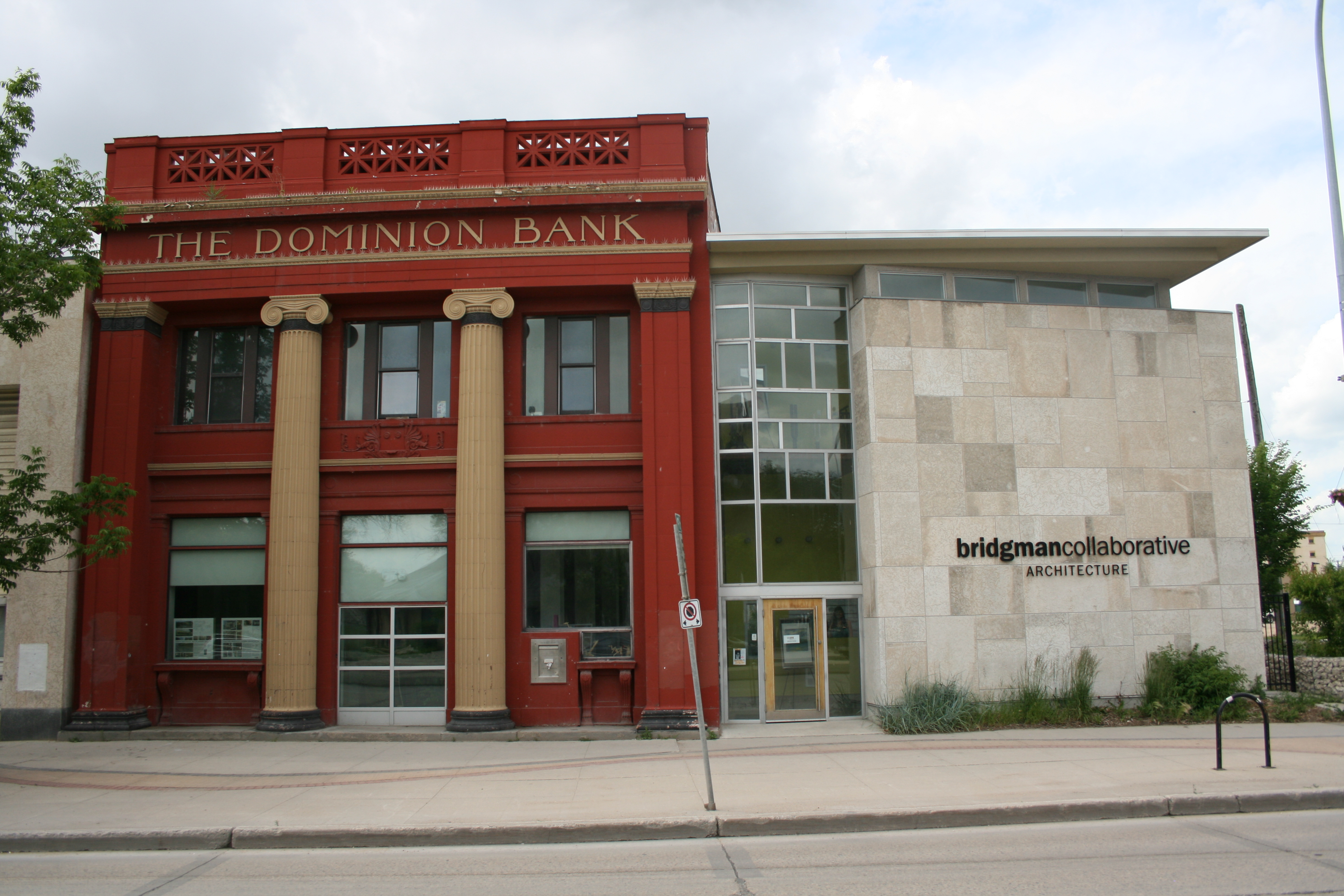 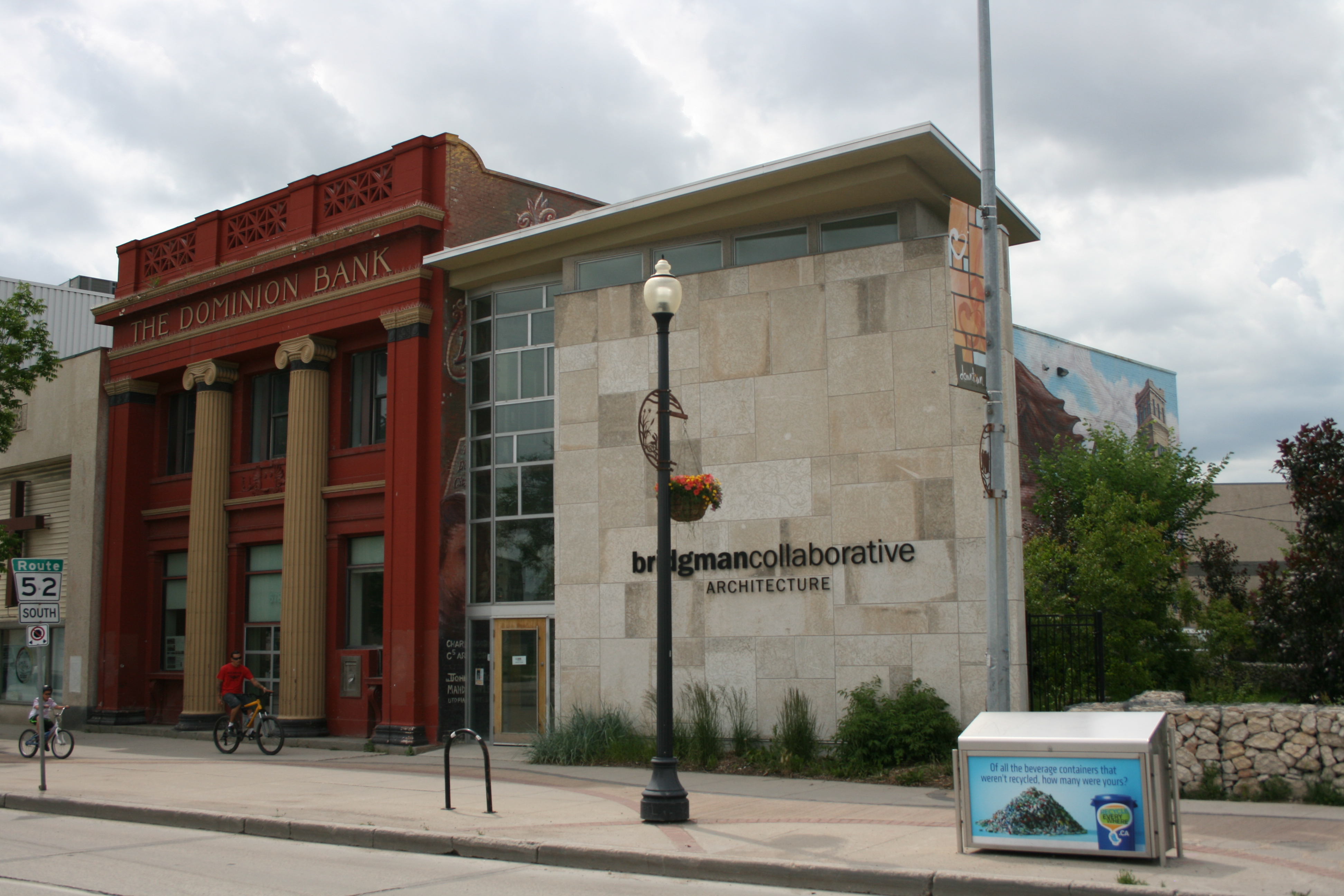 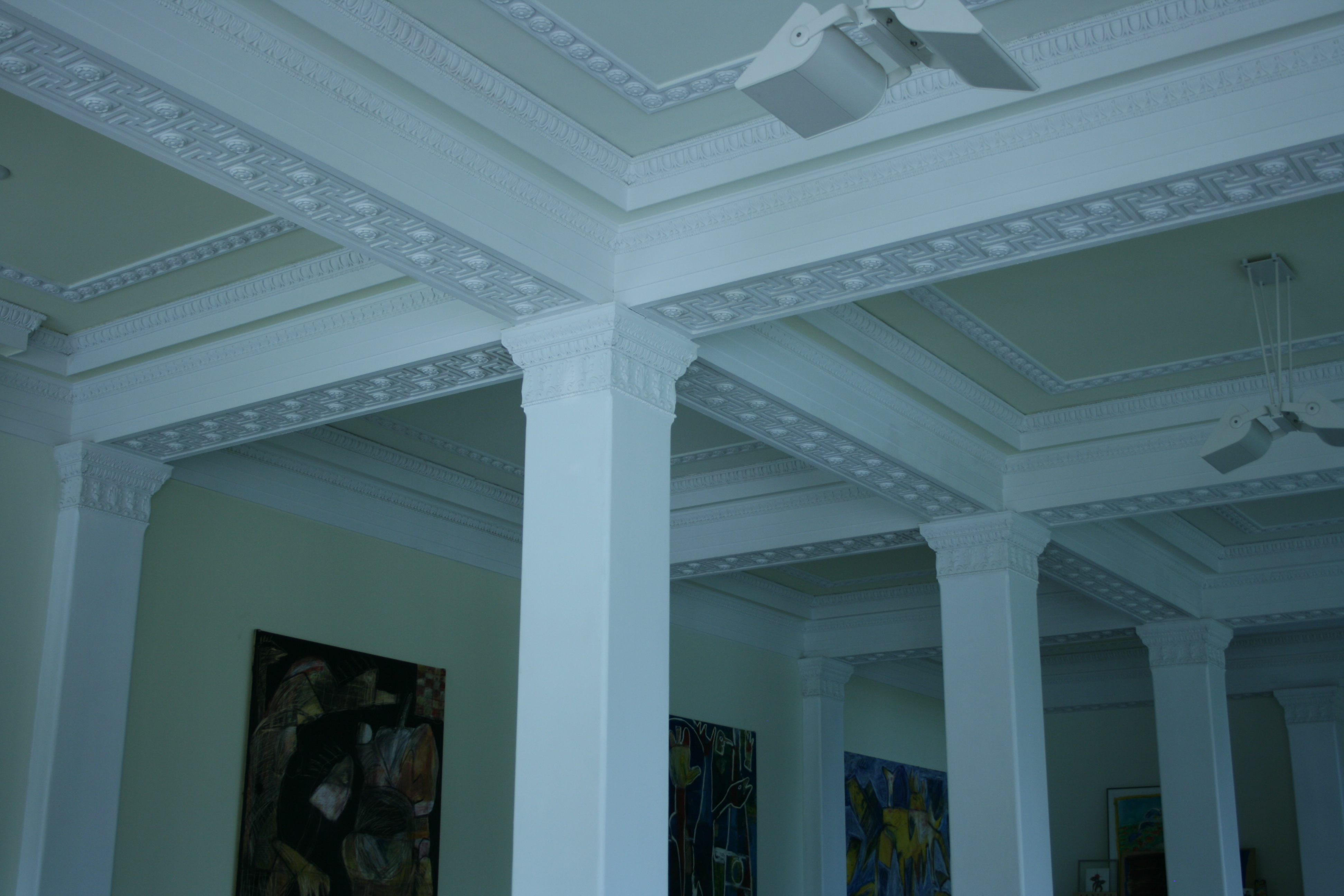 In 1899, the Dominion Bank became the first chartered bank to open a branch on this stretch of Main Street. This particular branch was built in 1907.

The solid and stately facade is clad in russet-coloured architectural terracotta, which has subsequently been painted. Designed in the neoclassical style, the front entrance originally contained heavy doors with wrought-iron grating. These features are now gone, but there is still an entrance flanked by two large fluted columns, and storefront windows with exaggerated table-like sills supported on stylised brackets. Along the roofline is a cornice decorated with the name of the bank. The banking hall was located on the main floor with general rental space on the upper level.

In an attempt to reinvigorate this part of Main Street, Bridgman Collaborative Architecture converted the former bank into its firm offices in 2007, 100 years after the completion of the original structure. An addition was added using recycled Tyndall stone, steel, and glazing panels. Windows were inserted along the north side of the original building in order to allow natural light into the workspace. These created an interesting visual interaction with the Golden Girl mural painted by Charlie Johnston, Jennifer Johnson Pollock and Mandy van Leeuwen in 2002. A garden tucked beside the building features shards from the original City Hall that was demolished in 1962. This corner of Higgins and Main is the former site of the Brunswick Hotel. Built around 1882 as the Murray House, the hotel was moved to the site around 1885 and went through many iterations until it was closed and demolished in the late 1990s.