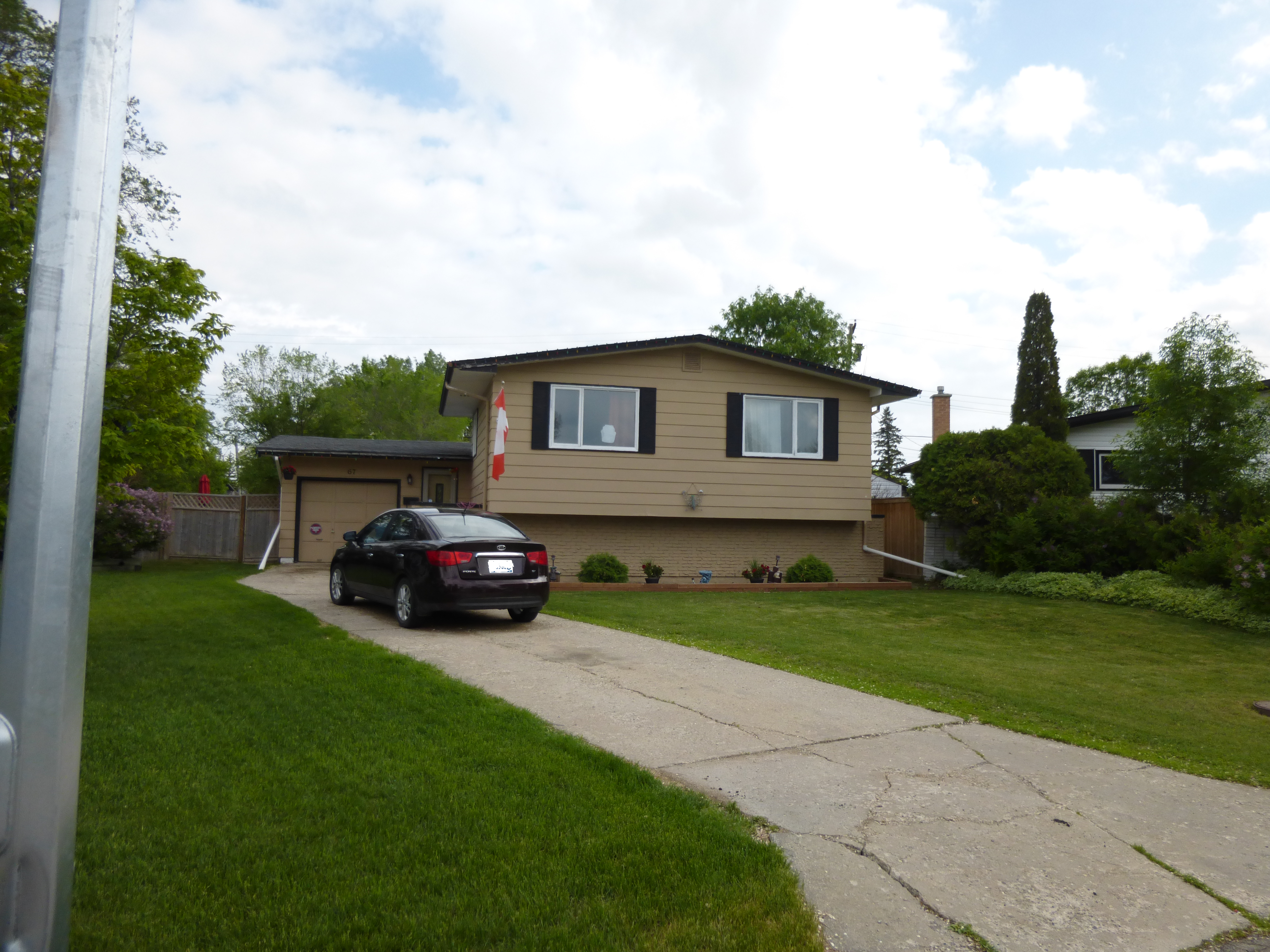 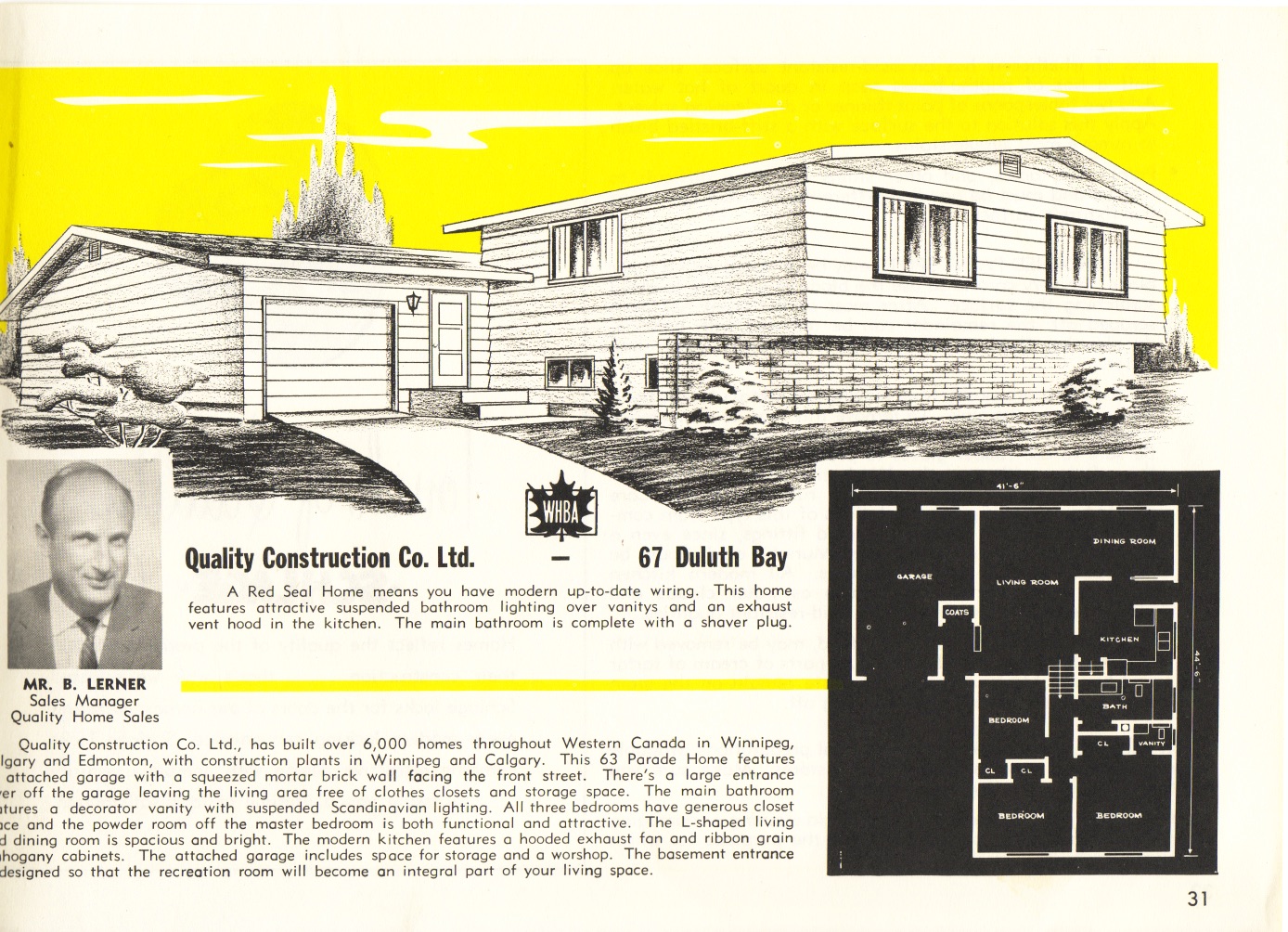 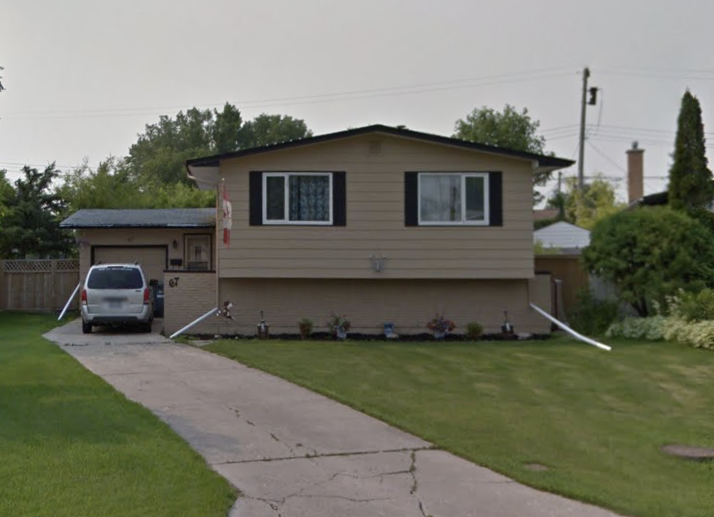 67 Duluth Bay features a “squeezed” mortar brick facade for the lower level of the split-level, juxtaposed against the wood finish of the upper level. The entrance to the home is recessed between the house and the attached garage, with separate closet space at the back so as to not clutter the living room with storage space. The living room and dining room is in an “L” configuration along the back and through the centre of the house. The basement was designed to be used as a recreation space.