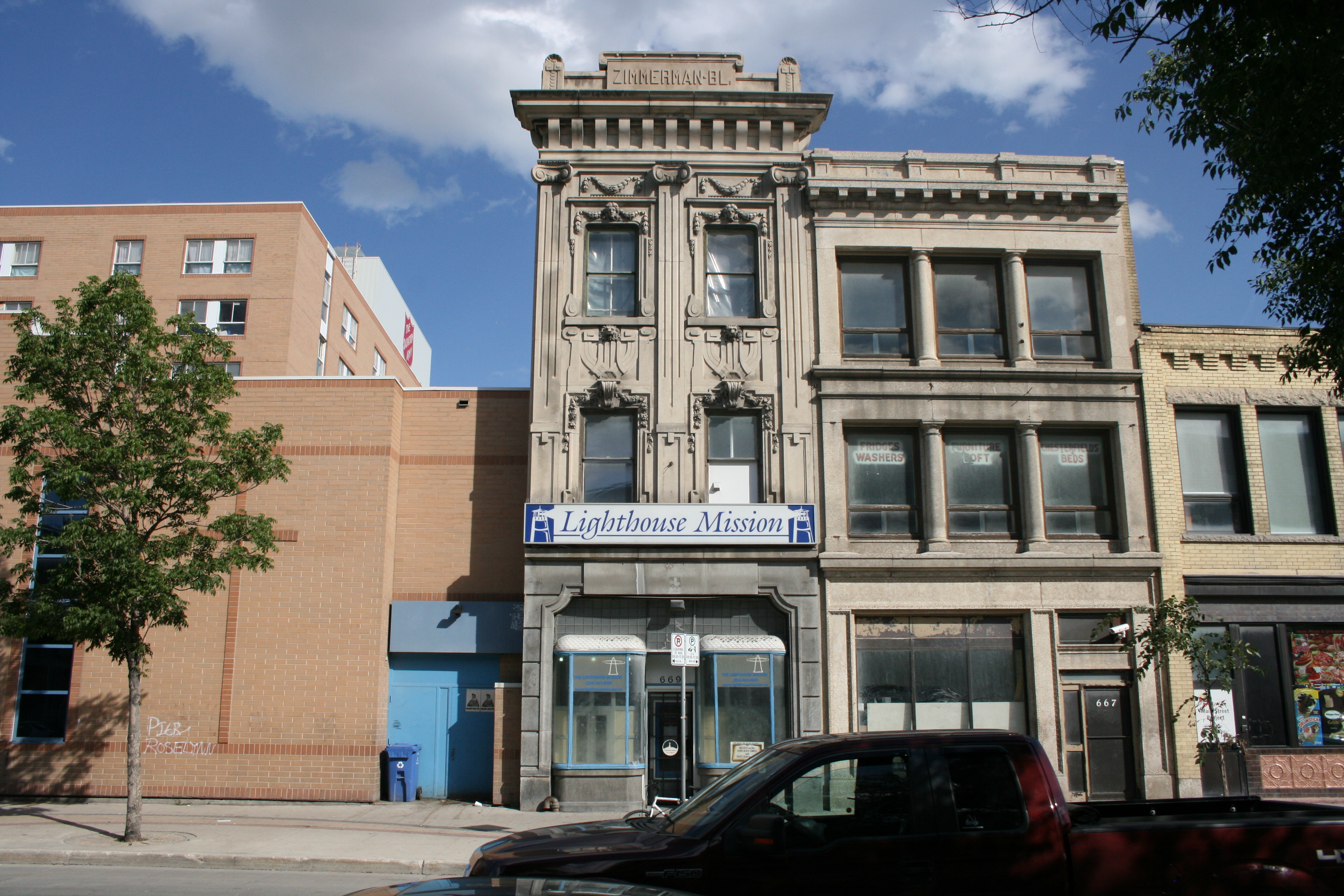 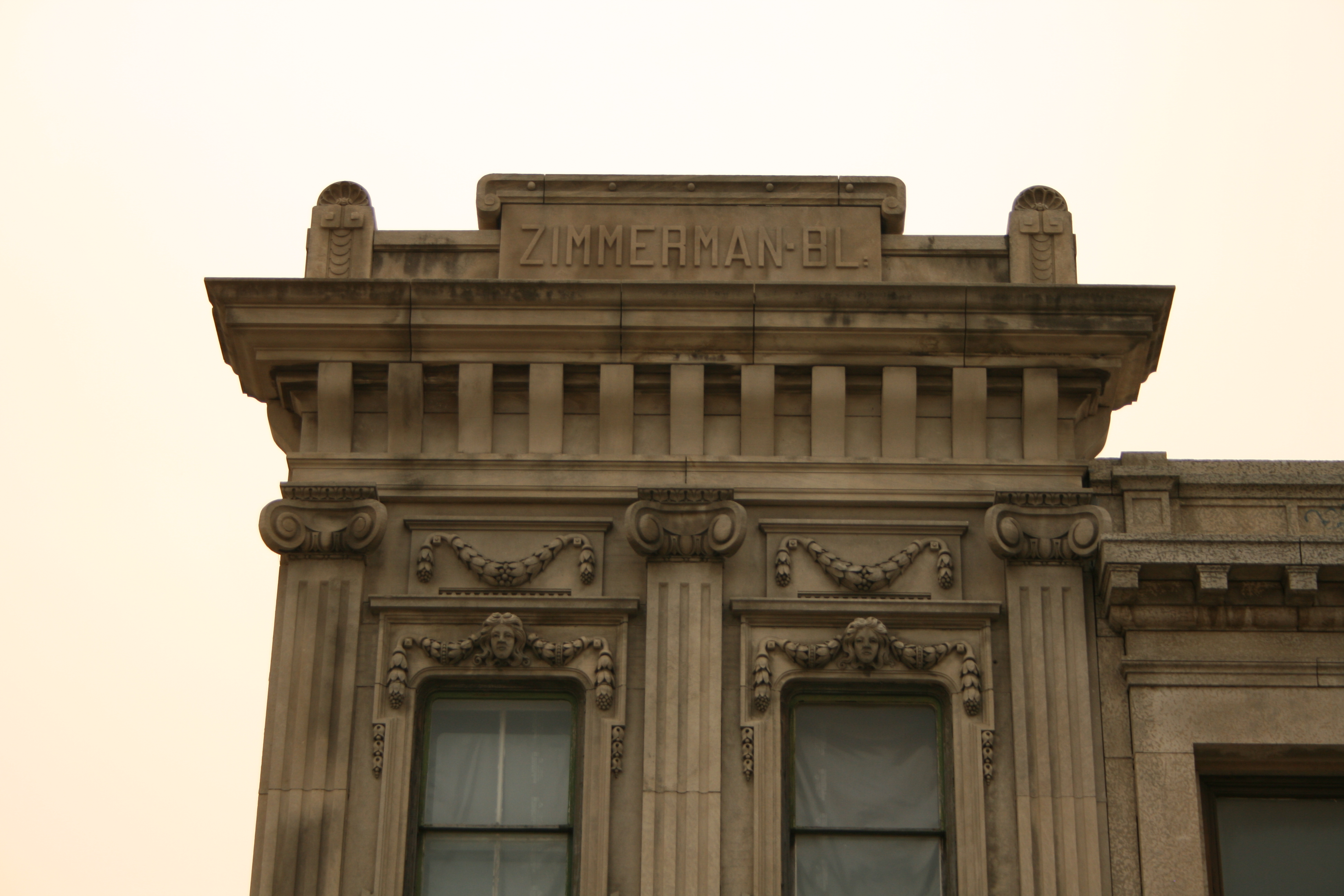 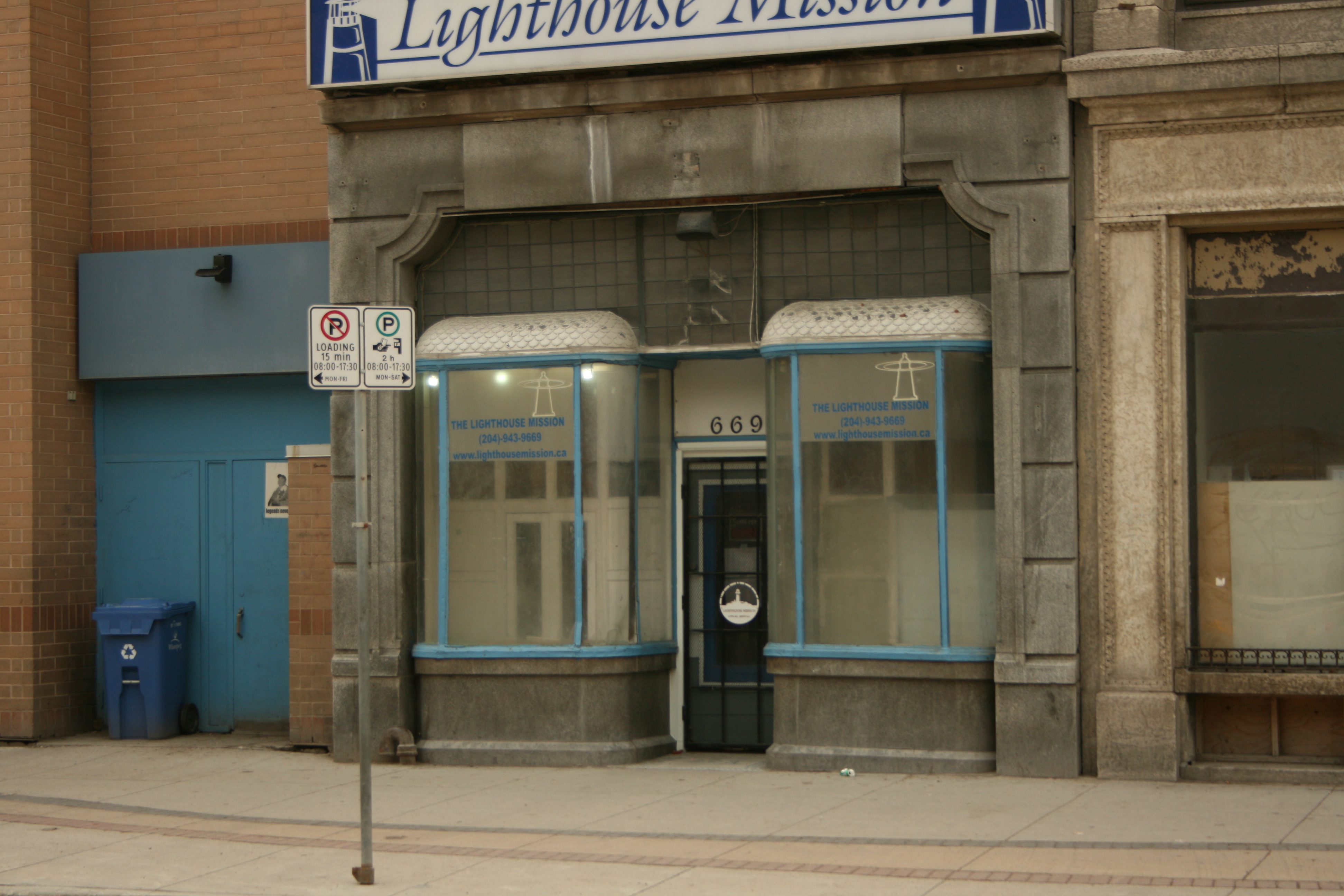 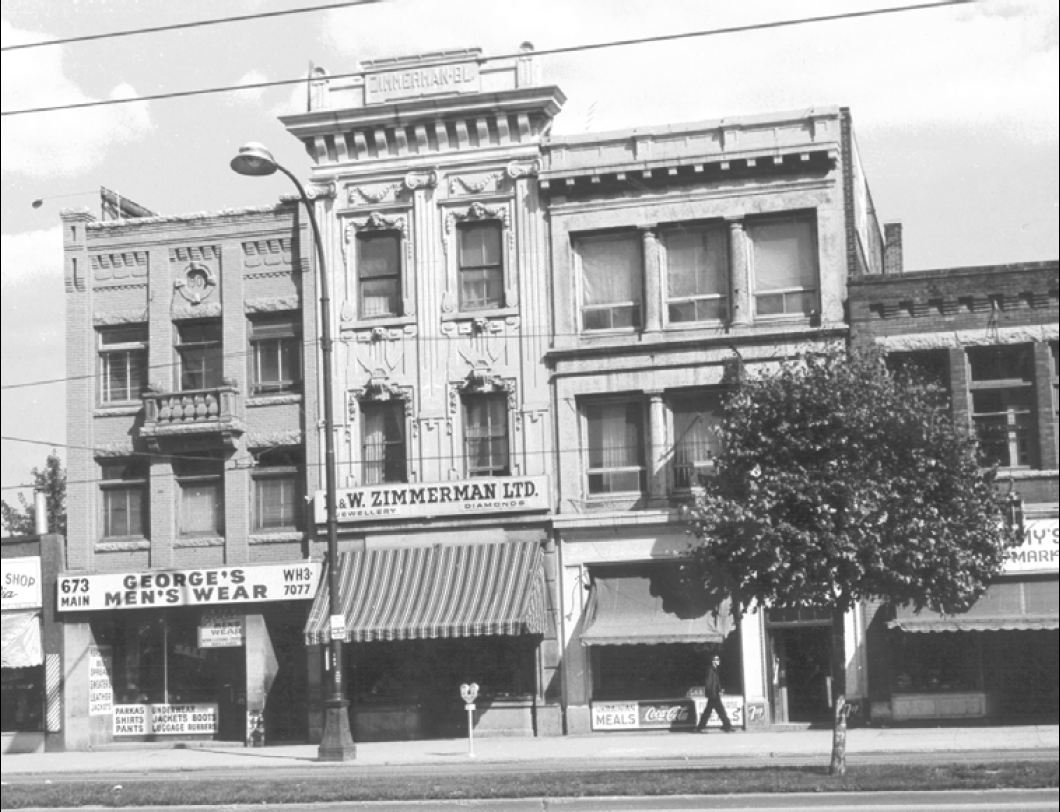 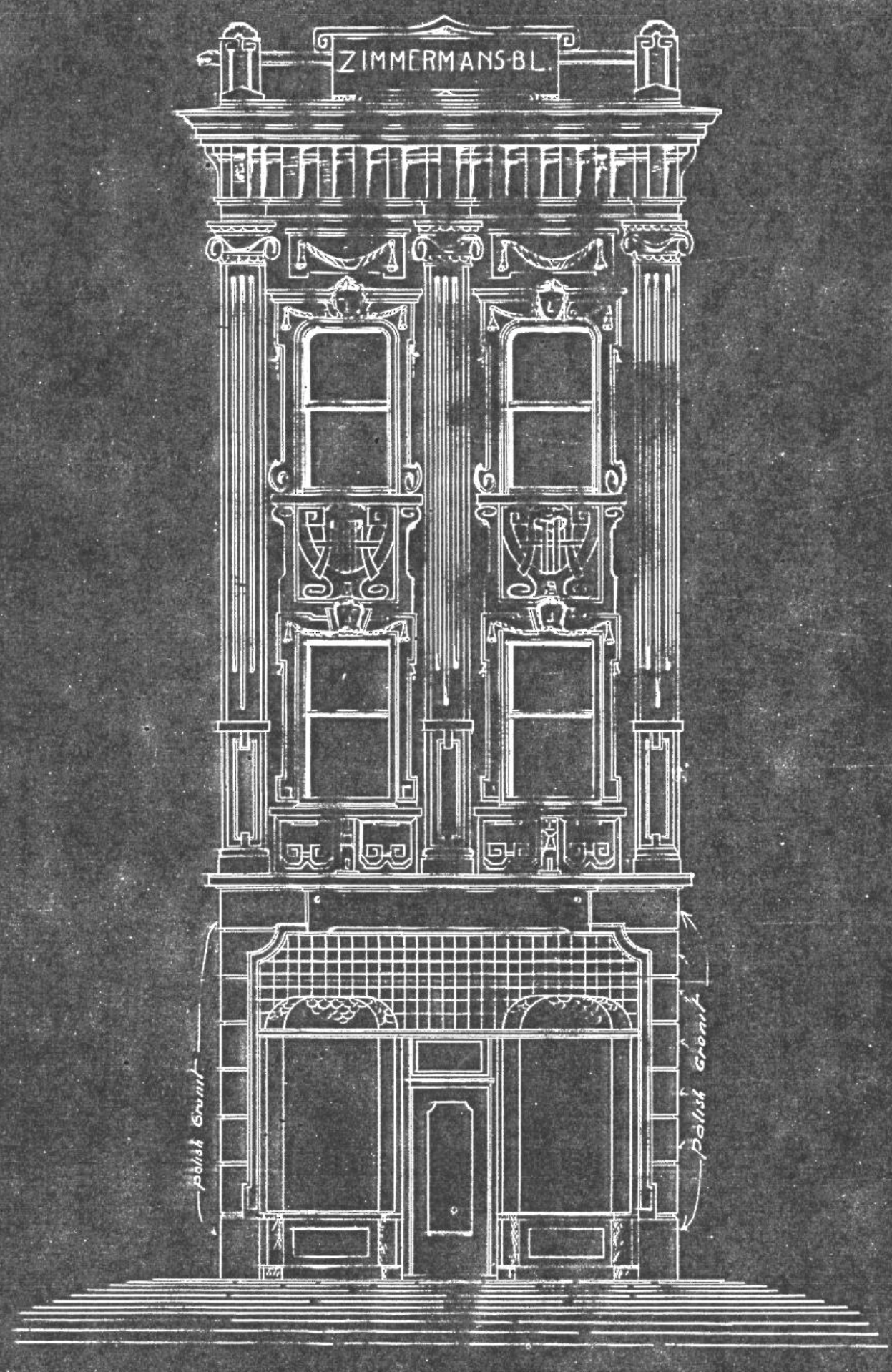 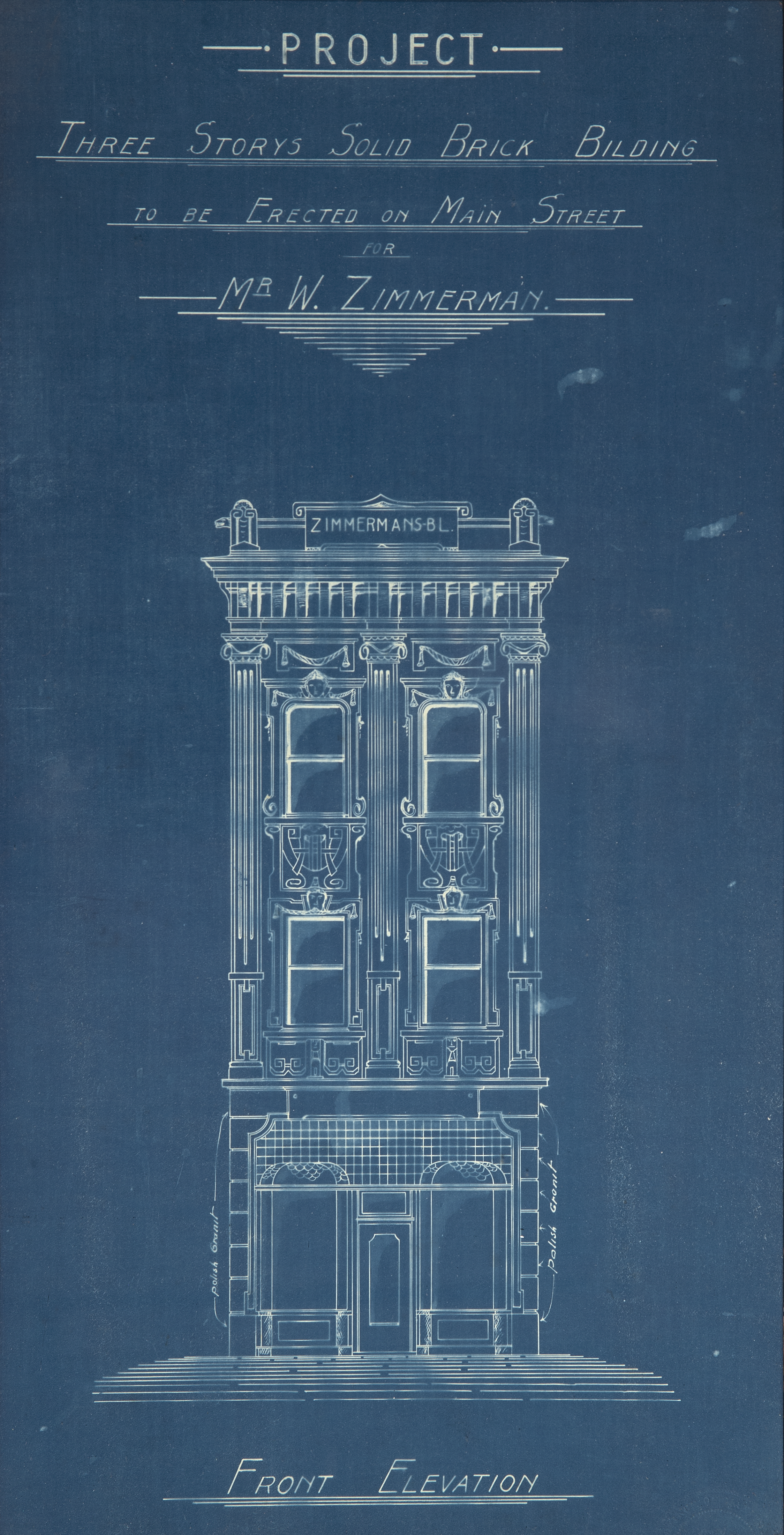 The Zimmermans came to Winnipeg from the Russian Empire in 1882, fleeing the polgroms, discrimination, and military conscription that had afflicted so many Jews. They arrived with William, (after whom the future block would be named), who was born in 1871. William's father, born Nissel Rabinowtsch, worked on the railway, then as a pedlar, before opening a general store on the site of what would become Zimmerman Block in 1887. Future construction of other buildings on either side, notably 671-673 Main Street (built by William's brother, Ben, in 1903), left little room to expand, resulting in Zimmerman Block's tall, narrow frame. Curiously, despite the floors being different heights, 671 and 669 Main Street were both connected via a short staircase and door between the buildings. This allowed the rental units to function as a single set of rental units, rather than separate in separate buildings.

Zimmerman Block would serve as a second hand clothing store, a loan office, and pawn shop that seemed to be complimentary to the later added jewelry business. The jewelry business was a notable success, given that it operated through the difficult economic climate of the 1930s and Second World War. In the late 1940s, William's brother, Norman, would have a law office at the front of the second floor.

Willian would marry in 1892, having four sons and a daughter. The eldest son, Louis, would eventually go into business with William, creating L. & W. Zimmerman Ltd. William would pass away in 1946, at which point the company was already presided over by Louis, who would bring on his brother, Edward, as vice president. Altogether, the lot at 669 Main Street was owned and used by the Zimmermans for almost ninety-years, spanning three generations.

In 2007, Zimmerman Block was added to the list of Canada's Historic Places.