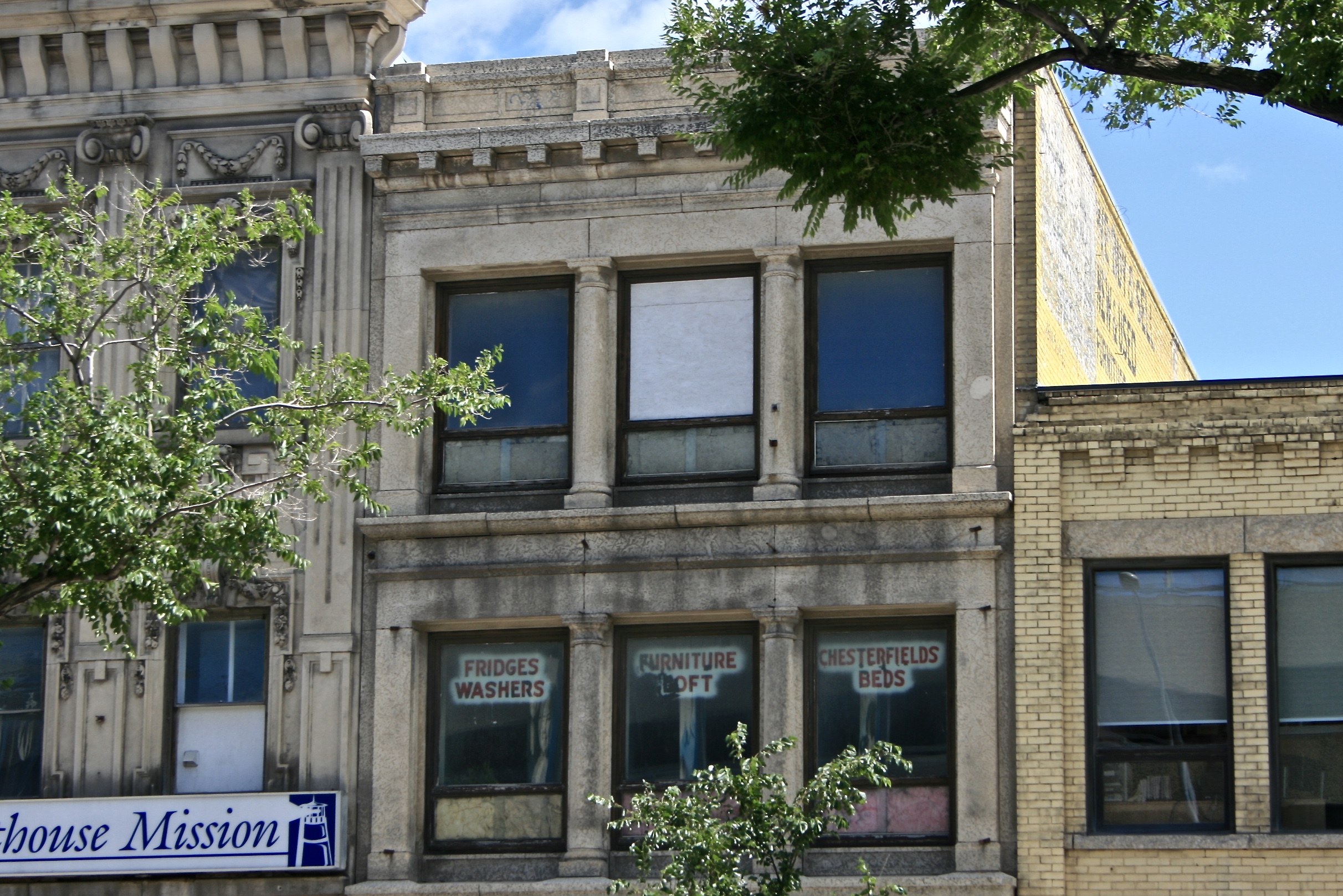 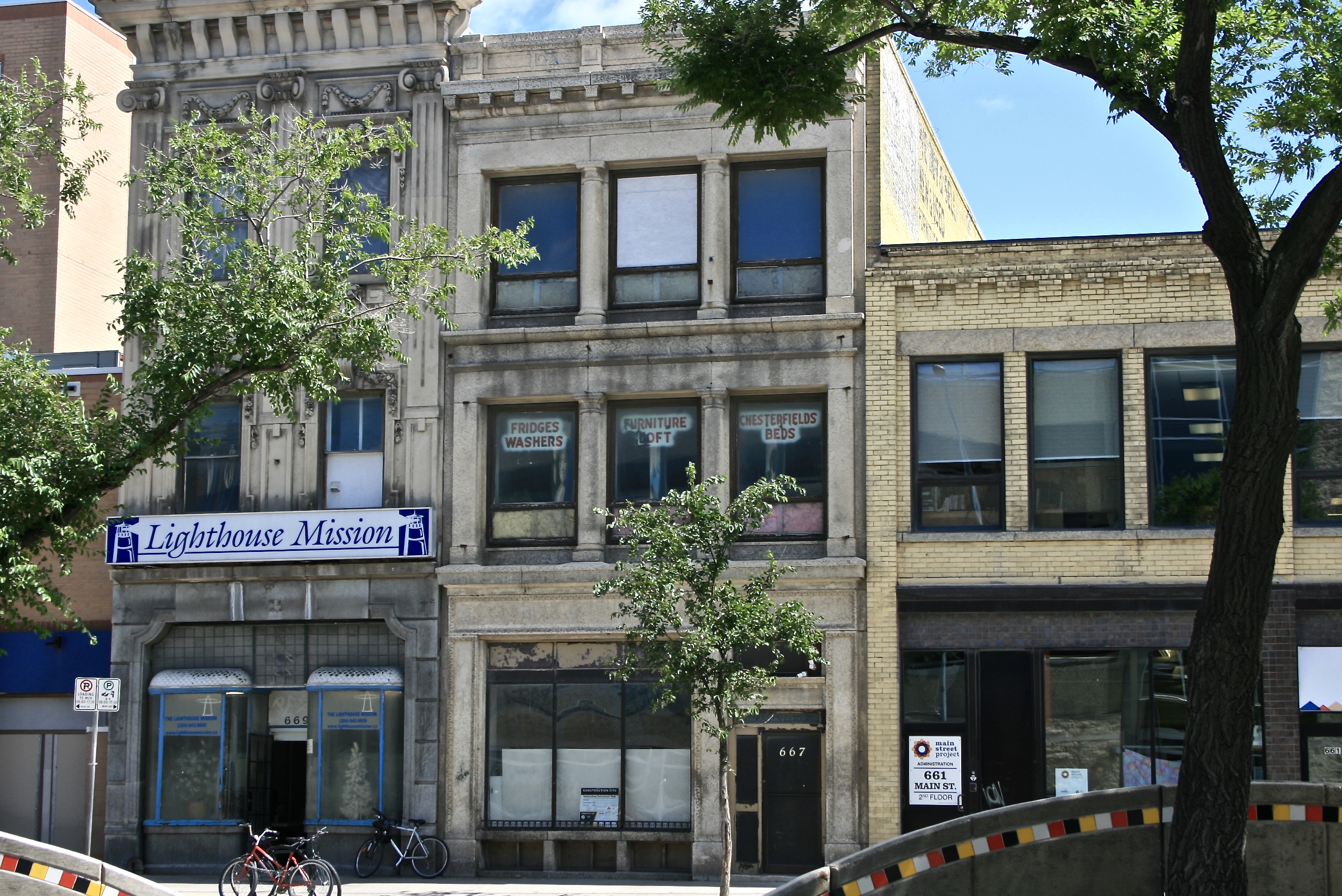 Initially built as a combined bank and office block, the Alloway and Champion Block is restrained in comparison to its neighbour, the Zimmerman Block. It was designed by James Henry Cadham and completed in 1905. At three storeys, this Tyndall stone-clad building was intended to convey confidence and security. The wide span of windows that dominates its facade suggests the influence of the Chicago School of Architecture.

Champion who were veterans of the 1870 Red River Expedition. Their bank was unchartered and offered a range of services without the security required by national standards for chartered banks. Champion predeceased Alloway and, in 1919, Alloway sold the business to the Canadian Bank of Commerce. However, the original name was retained and Alloway continued to direct operations until his death in 1930. The legacy of F.W. Alloway lives on in the Winnipeg Foundation, which he and his wife established in 1921 in return for the many advantages that the city had provided them. Both generous philanthropists, the Alloways donated $2 million, the initial backbone of the new foundation. Other benefactors have also contributed to the Winnipeg Foundation, which in turn disburses funds for a wide variety of community projects and charitable endeavours.

After the Bank of Commerce left the site in the mid-1930s, the ground floor was converted to restaurant use. The building has undergone some alterations but remains substantially unchanged.