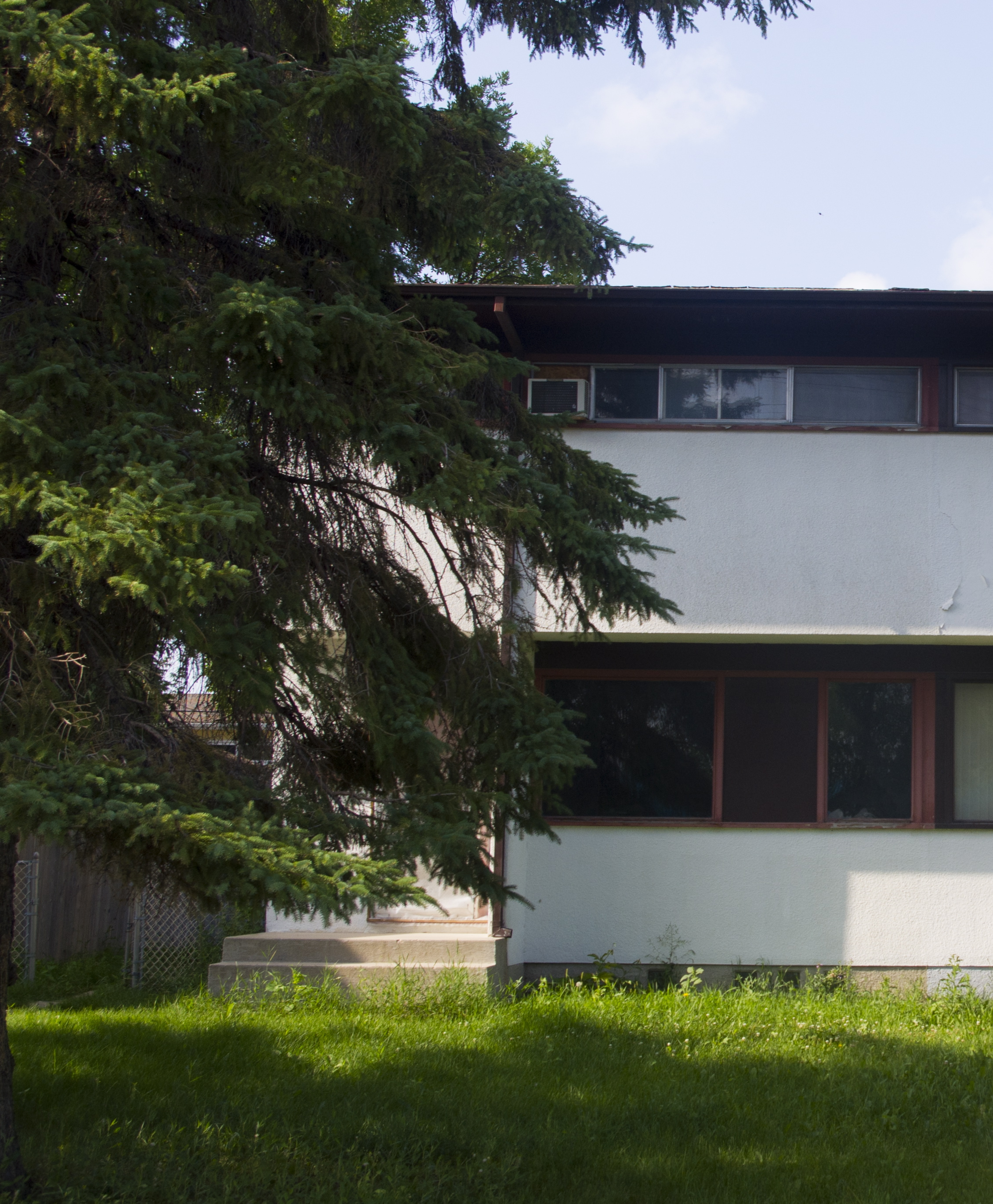 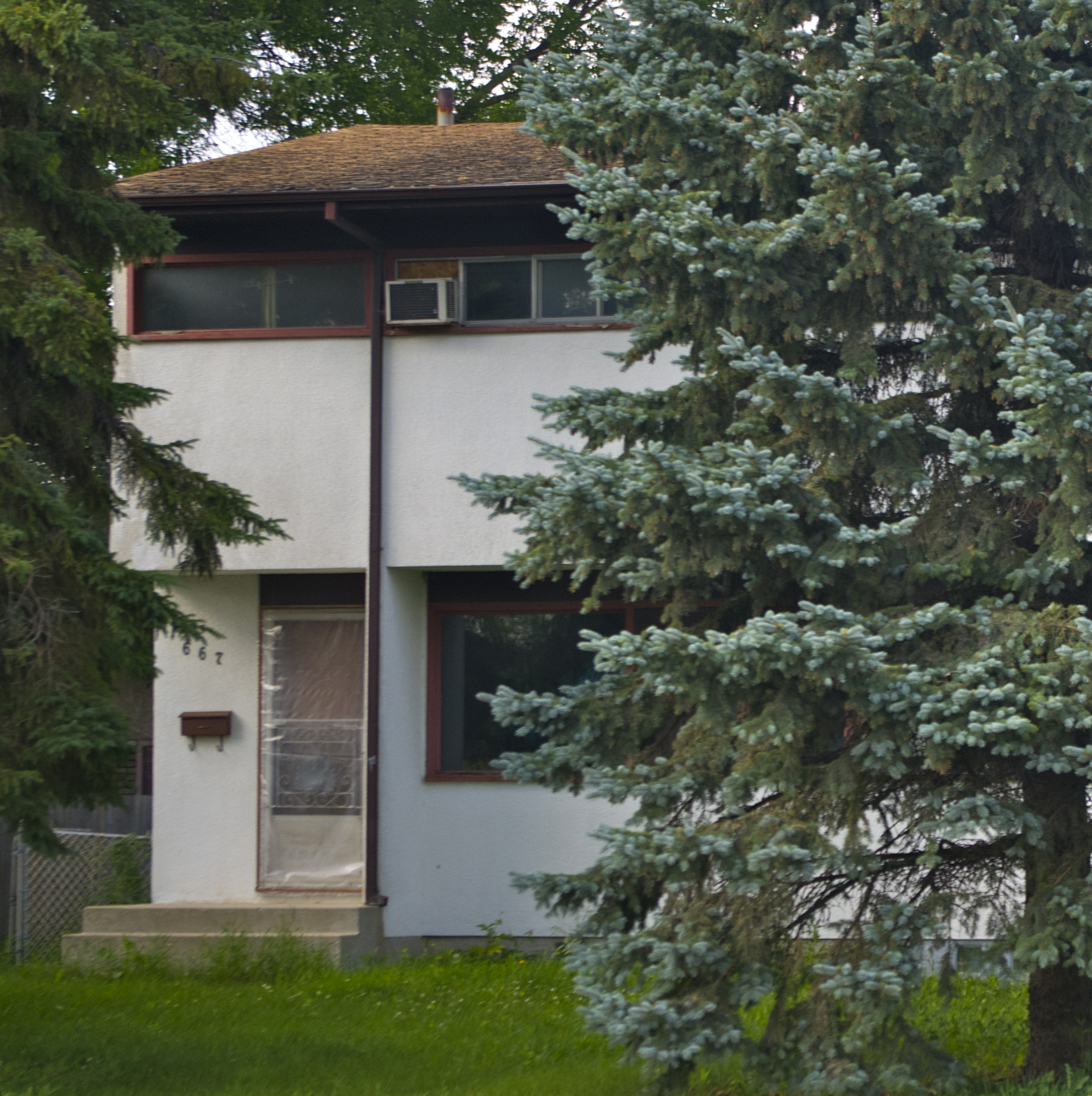 This home follows the most common scheme used in the Berkshire Park area by the architect Étienne Gaboury: a duplex form topped by a gable roof, the projecting second storey surmounted by an overhanging deep eave and bearing slender horizontal windows and accent materials. These last forms are arrayed in an arrangement analogous to the ribbon windows found in earlier notable modernist homes. Large areas of sparsely embellished stucco are left, a simplicity that also speaks to the architect’s modernist inclinations. As throughout the neighbourhood, here the duplex utilizes one of a limited number of designs, alternated to provide aesthetic variety. In this case the doors of the duplex are positioned at the edge of the front façade, with larger windows at centre. Flanking the door’s interior edge are fin walls. With a depth that matches the projecting upper storey, these partitions lend importance to the entry way and give the façade a graphic, sculptural character typical of Gaboury’s oeuvre. Similar homes in the area can be found at the adjacent 669 Elizabeth Road, 631 & 633 and 697 & 699 Elizabeth Road.

The general arrangement of the duplex, with its projecting eave and upper floor shade the lower section of the building from the high summer sun while letting in light and heat in the lower winter. This gesture results from Gaboury’s mindfulness of regional climate. As he stated in his 1980 essay “Toward A Prairie Architecture,” the architect believed that “Over and above our ingenuity in technically overcoming regional climatic conditions,regionalism of design and style should be expressed in architecture. We may become extremely clever in artificially controlling heat, cold, humidity, the wind, the rain-in simulating in our prairie buildings the fairness of Florida-but even in so doing, we will not obliterate regionalism. ... If the exposure to natural forces must be overcome by indirect means, the effort of doing so will in some indirect way acknowledge regionalism. How many wonderful opportunities have been lost to directly express in architectural forms the forces of nature on our buildings? Why not let them be a source of inspiration?” He continues: “ The very necessity for controlling our thermal environment demonstrates that universality in architecture is a fiction.”