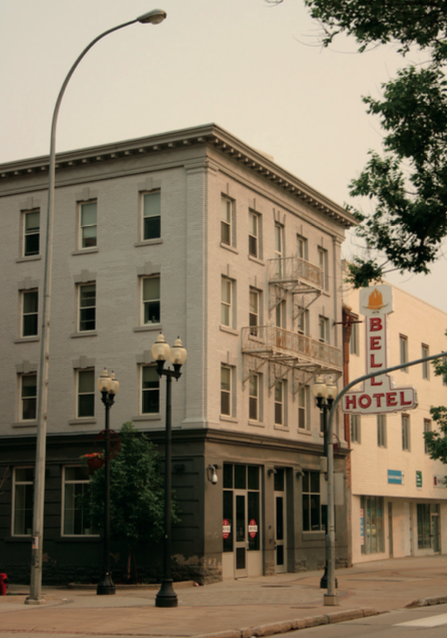 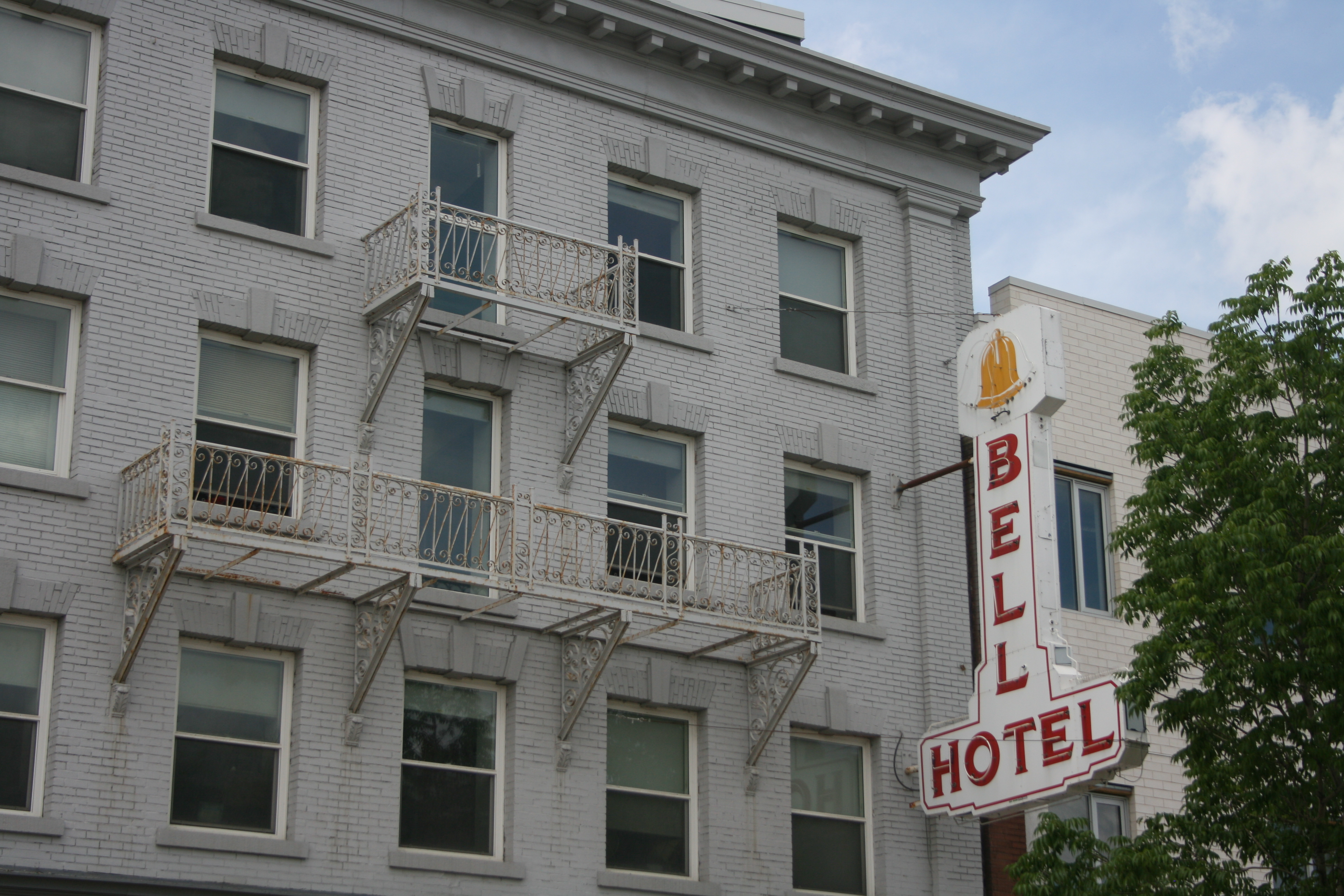 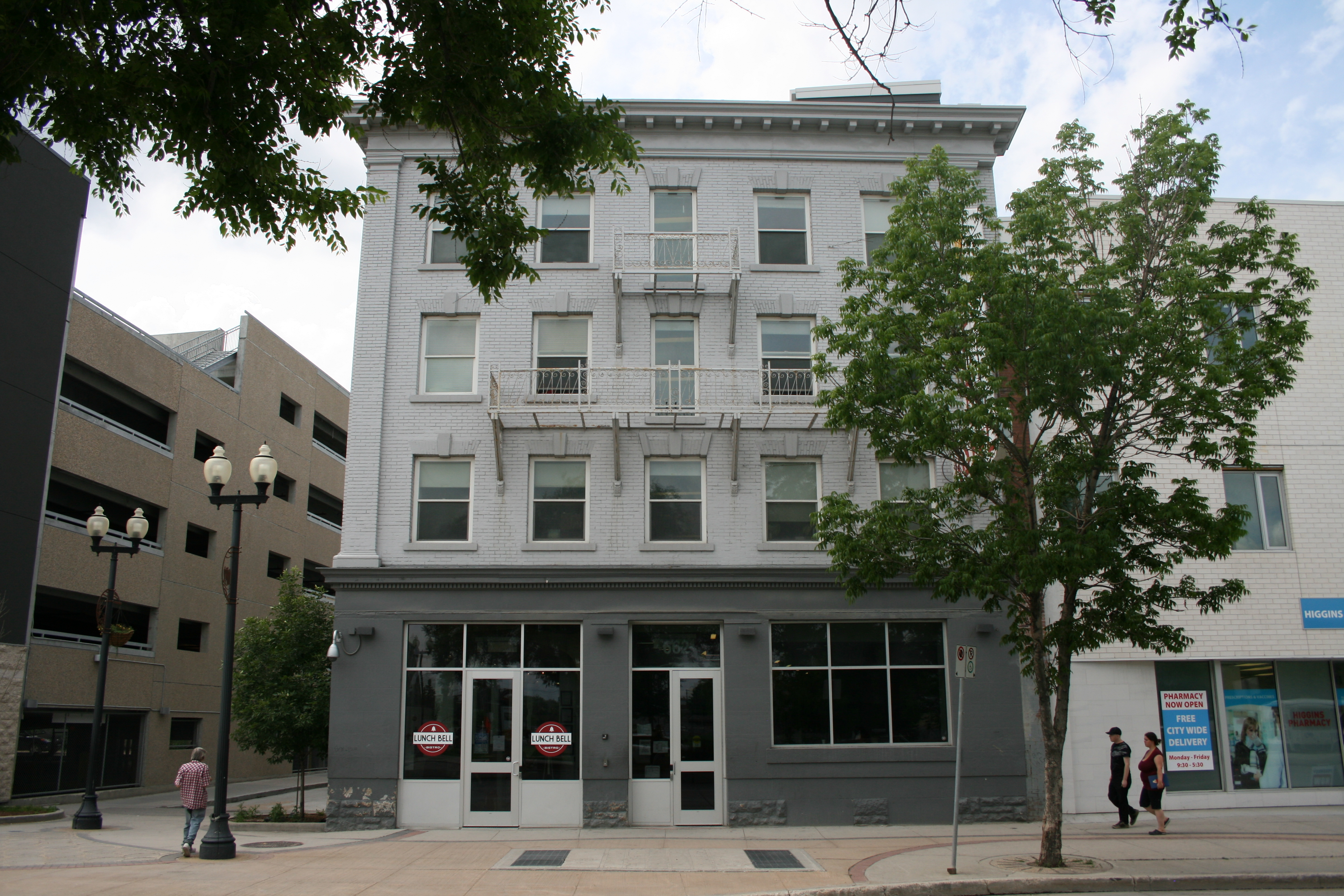 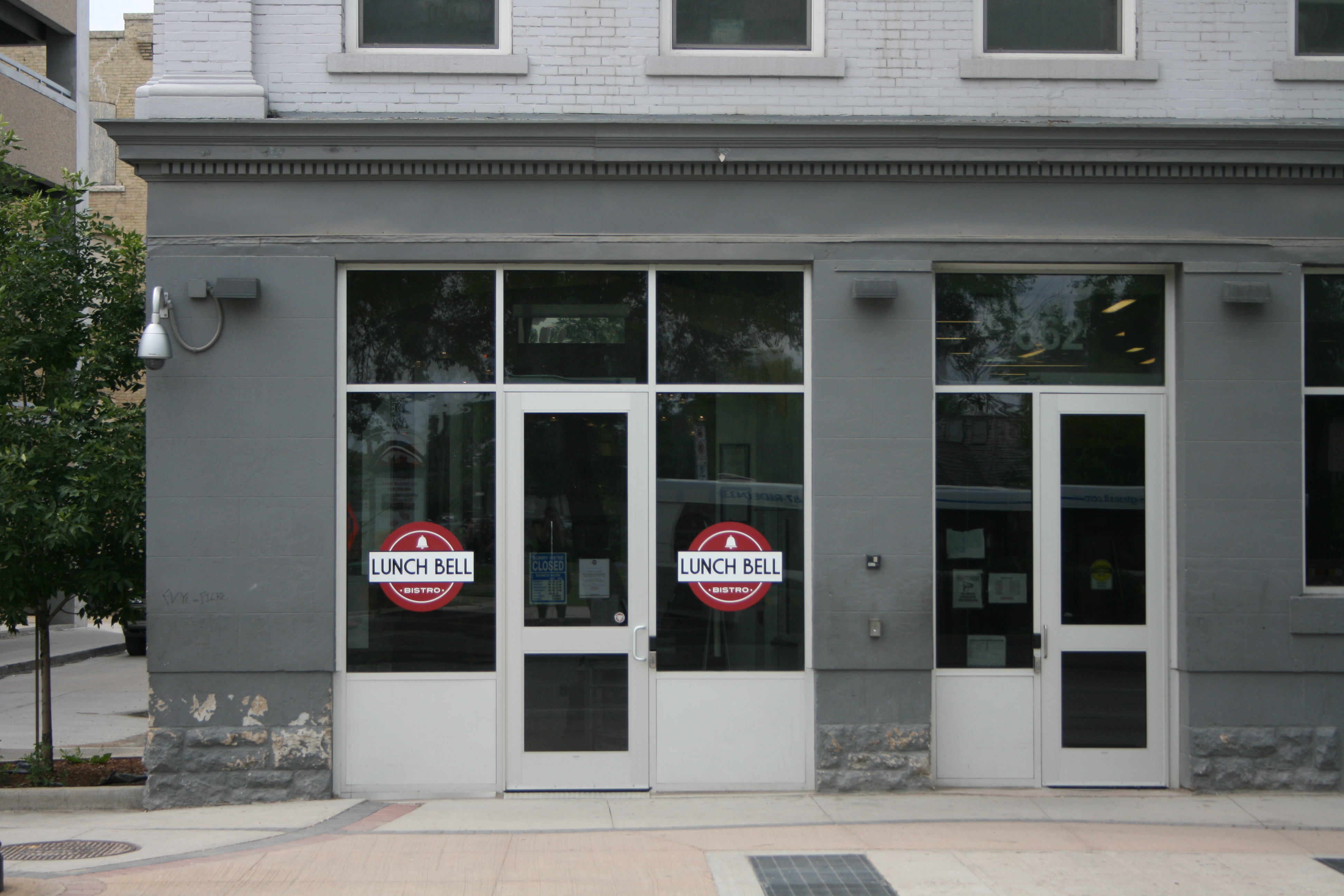 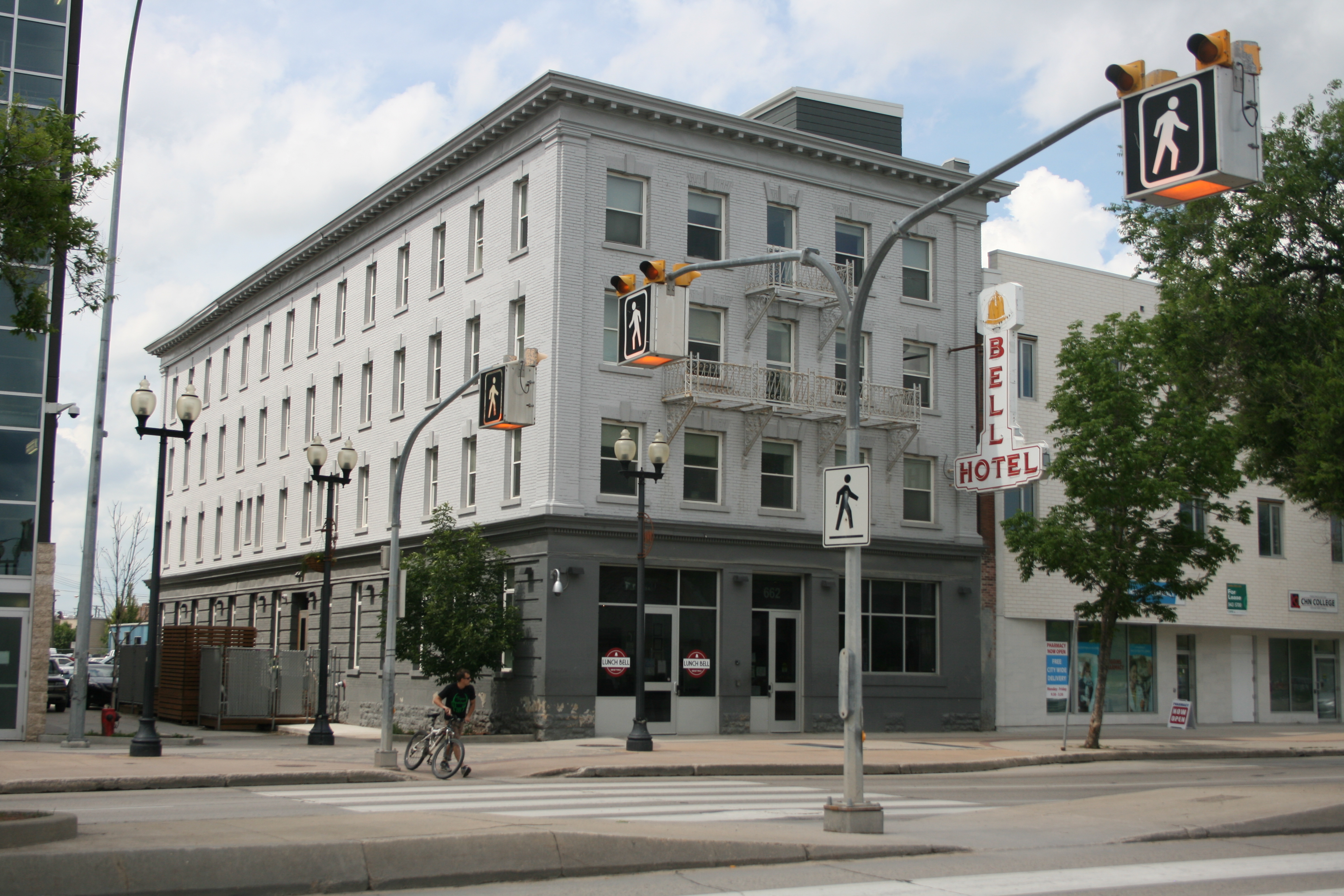 The Bell is one of the few remaining early large-scale hotels on Main Street, along with the McLaren. These hotels speak of a time when the middle-class visitor would leave the Canadian Pacific Railway Station on Higgins Avenue and venture south down Main Street towards City Hall in search of accommodation. The Bell was a prosperous hotel at the time and is surprisingly much larger than its Main Street facade suggests. The hotel had 75 rooms with public and private baths in the basement. It was designed by Daniel Smith in 1906.

The front facade of the building is symmetrical with a double entrance, a metal cornice inscribed with the hotel’s name, and a large neon marquee animated by a swinging bell. Two prominent iron balconies adorn the third and fourth floors. The original red brick facade has since been painted grey and the ground floor has been significantly altered.

Veteran hotelier Joseph Bernhart developed the building, entrusting its initial management to brothers Harry and Thomas Bell, and subsequently to Samuel Bronfman. Bronfman was a member of a Jewish immigrant family that, during the 1910s and 1920s, actively invested in the hotel and liquor trades, setting the foundation for what became an international liquor and entertainment enterprise known today as Seagram Co. Ltd. The Bell weathered prohibition (1916-28), the Great Depression, and the physical and economic decline of the area. It was rehabilitated by BIOS Architecture in 2011 as a supportive housing centre.

On the northern edge of the Main Street facade, a red-brown brick pilaster and stone cap from the now demolished Weir Block is visible. Built in 1899, the building had a brick facade with brick and stone detailing. The main floor was used as a hardware store while the upper part of the building had a variety of residential and commercial tenants. The Weir Block was demolished in 2013 and replaced by a plain three-storey building with a pharmacy on the main floor.