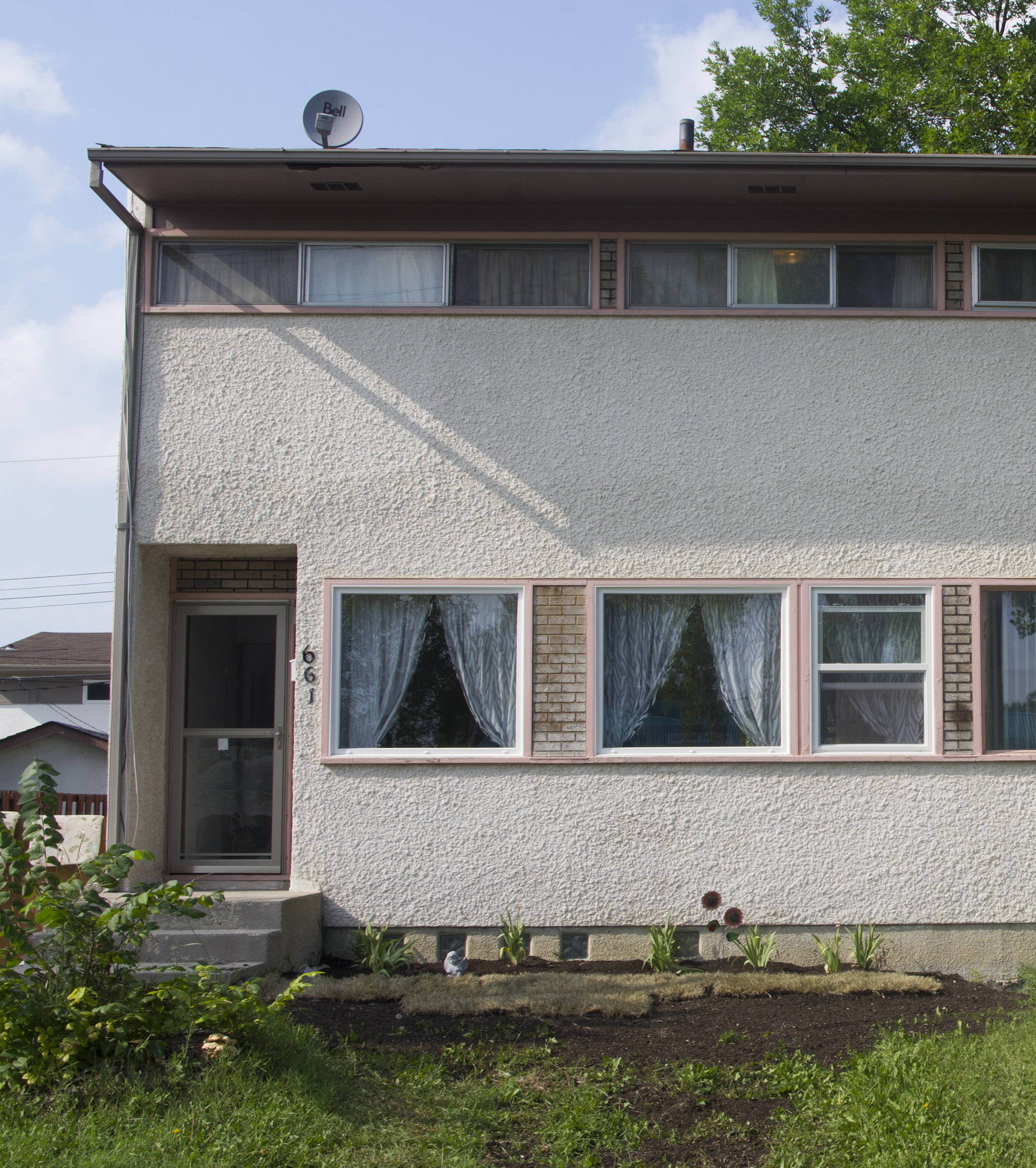 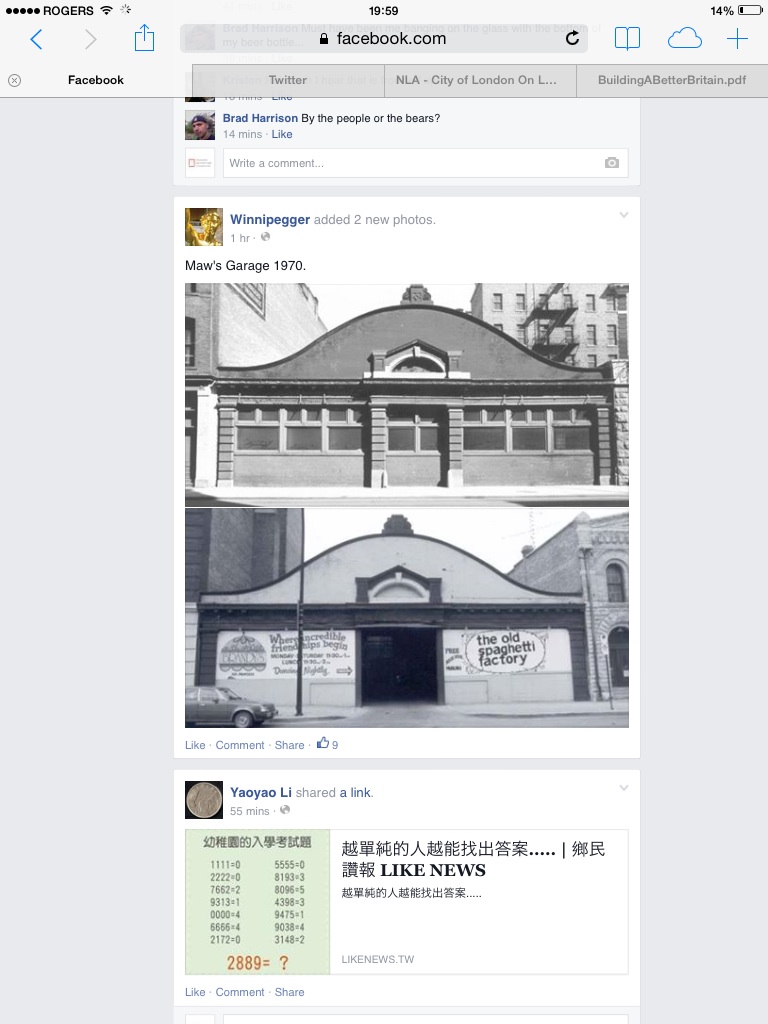 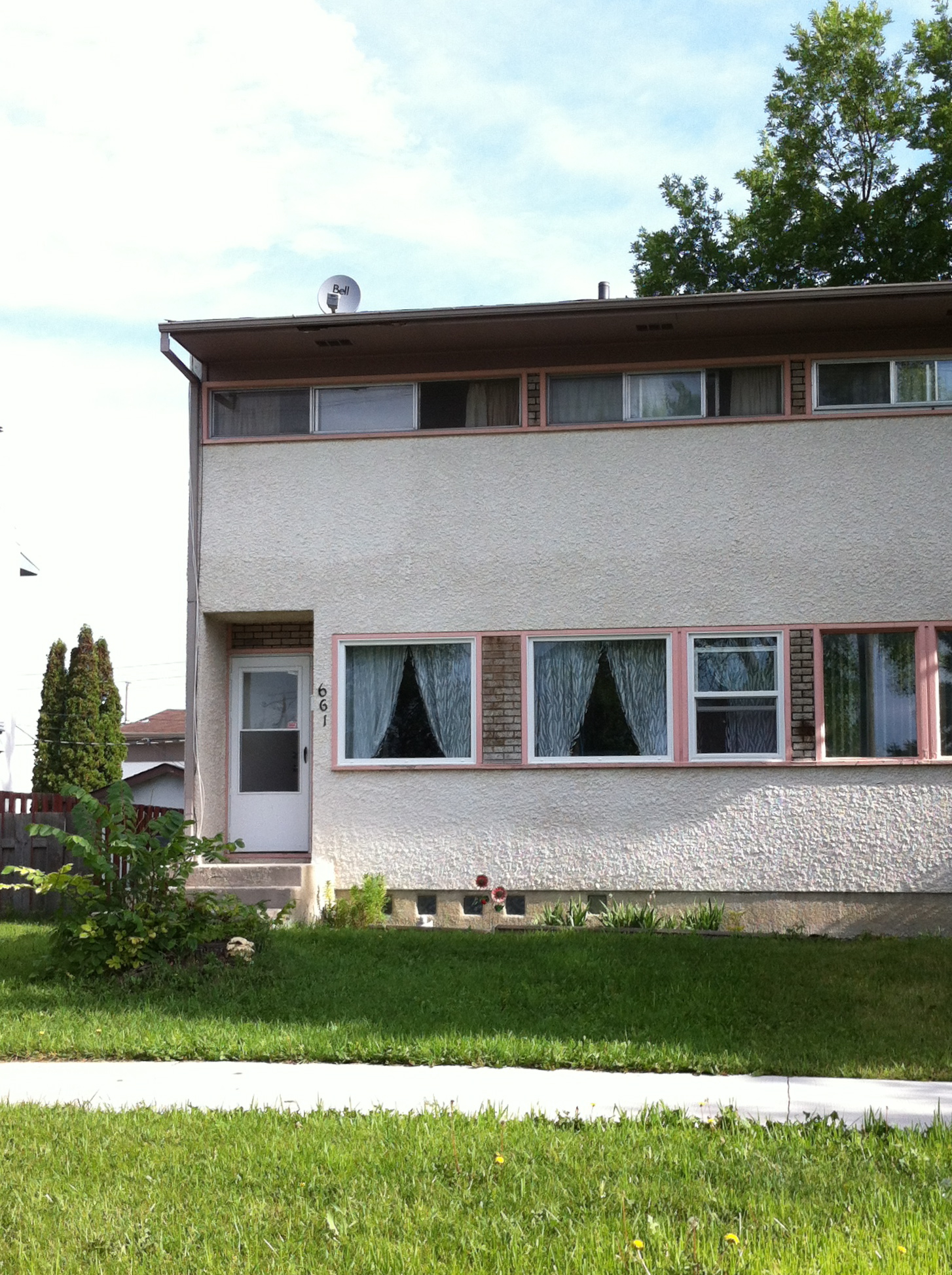 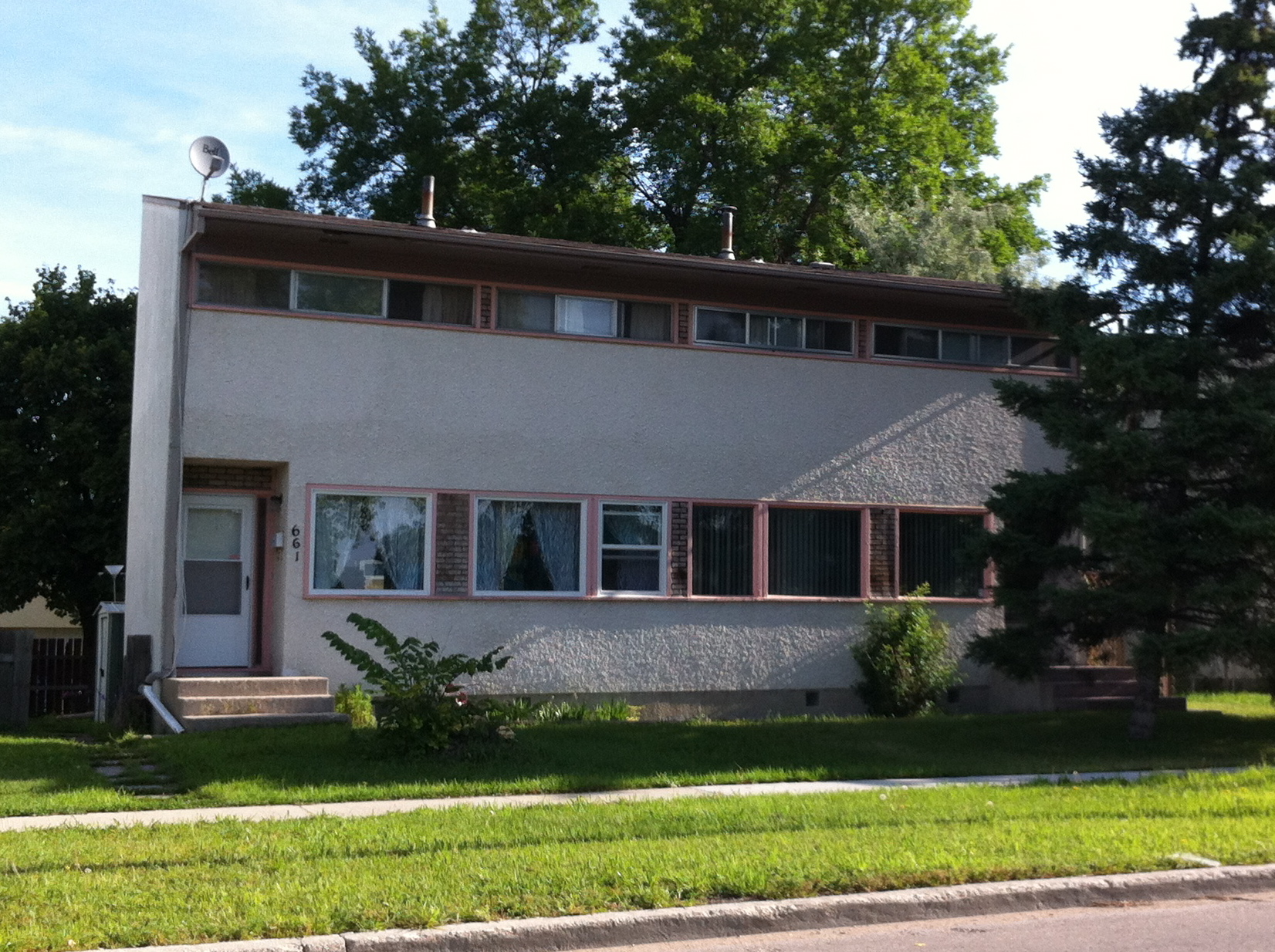 This home follows the most common scheme used in the Berkshire Park area by the architect Étienne Gaboury: a duplex form topped by a gable roof (which is here staggered at the ends), the projecting second storey surmounted by an overhanging deep eave and bearing slender horizontal windows and accent materials. These last forms are arrayed in an arrangement analogous to the ribbon windows found in earlier notable modernist homes. Large areas of sparsely embellished stucco are left, a simplicity that also speaks to the architect’s modernist inclinations. As throughout the neighbourhood, here the duplex utilizes one of a limited number of designs, alternated to provide aesthetic variety. In this case the entrance of the duplex are sunken into the building, positioned at the edge of the front façade, with larger windows at centre. Similar homes in the area can be found at the adjacent 663 Elizabeth Road, 619 & 621, and 637 & 639 Elizabeth Road, 195 & 197 and 183 & 185 Berkshire Bay.