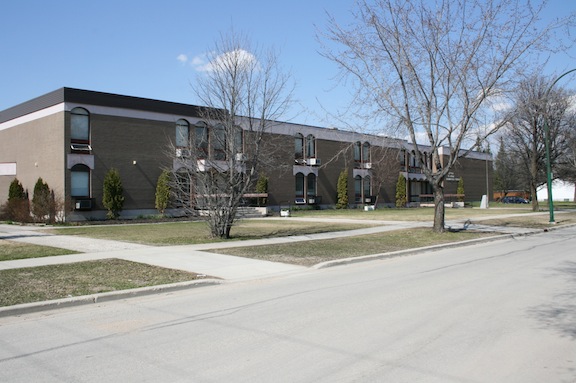 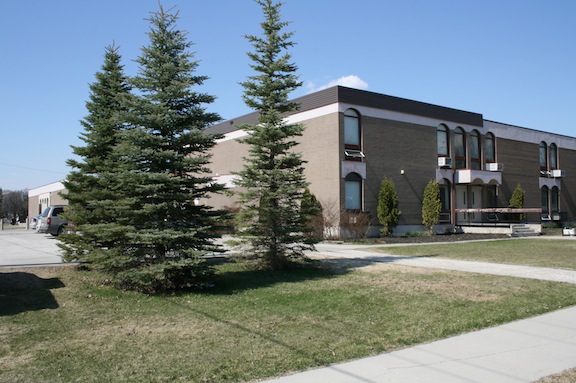 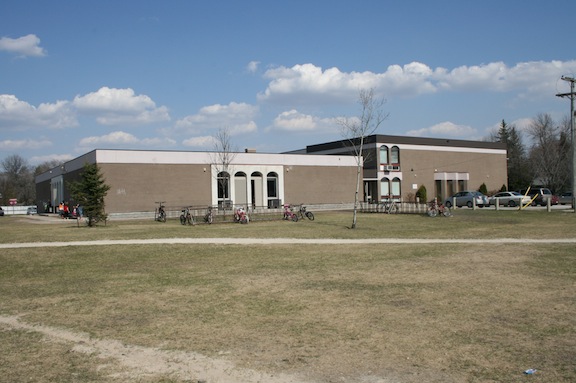 This is a one-of-a-kind elementary school with an interesting past to match its interesting style. The first St. Avila School opened near here in the early 1900s. The second school by that name opened in 1952 and may be the tiny building on the east side of the property: it was a four-room school designed by the Watchler Plan Manufacturing Company in Winnipeg and served as a kindergarten to grade 12 school until Vincent Massey Collegiate opened in 1959. The name refers to a local Francophone educator, Father (later Monseigneur) Alphonse-Avila Cherrier. It is now a French immersion elementary school.

The school is two storeys high and built in two large sections. The earlier portion of the two sections runs on the south elevation along Patricia Street and consisted of 12 classrooms and an auditorium on the east end. It features all extant elements: brown brick facing on the walls, large round-headed windows in pairs with white trim and formal entrance doors with round-headed transoms (crossbar above a window) and a bank of windows floor to ceiling.

An addition in 1968 more than doubled the size of the school. The addition maintained the design carefully and is generally seamless but can be seen on the south side where the white roofline band starts. Also two storeys high, the addition extends the south facade with a large music room, kindergarten and administration space and then through a link to a single-storey wing towards the rear with a large open-air teaching area (probably now divided). There is a portable classroom in the rear and the school shares a large yard with Richmond Community Club and Silverstone Arena.