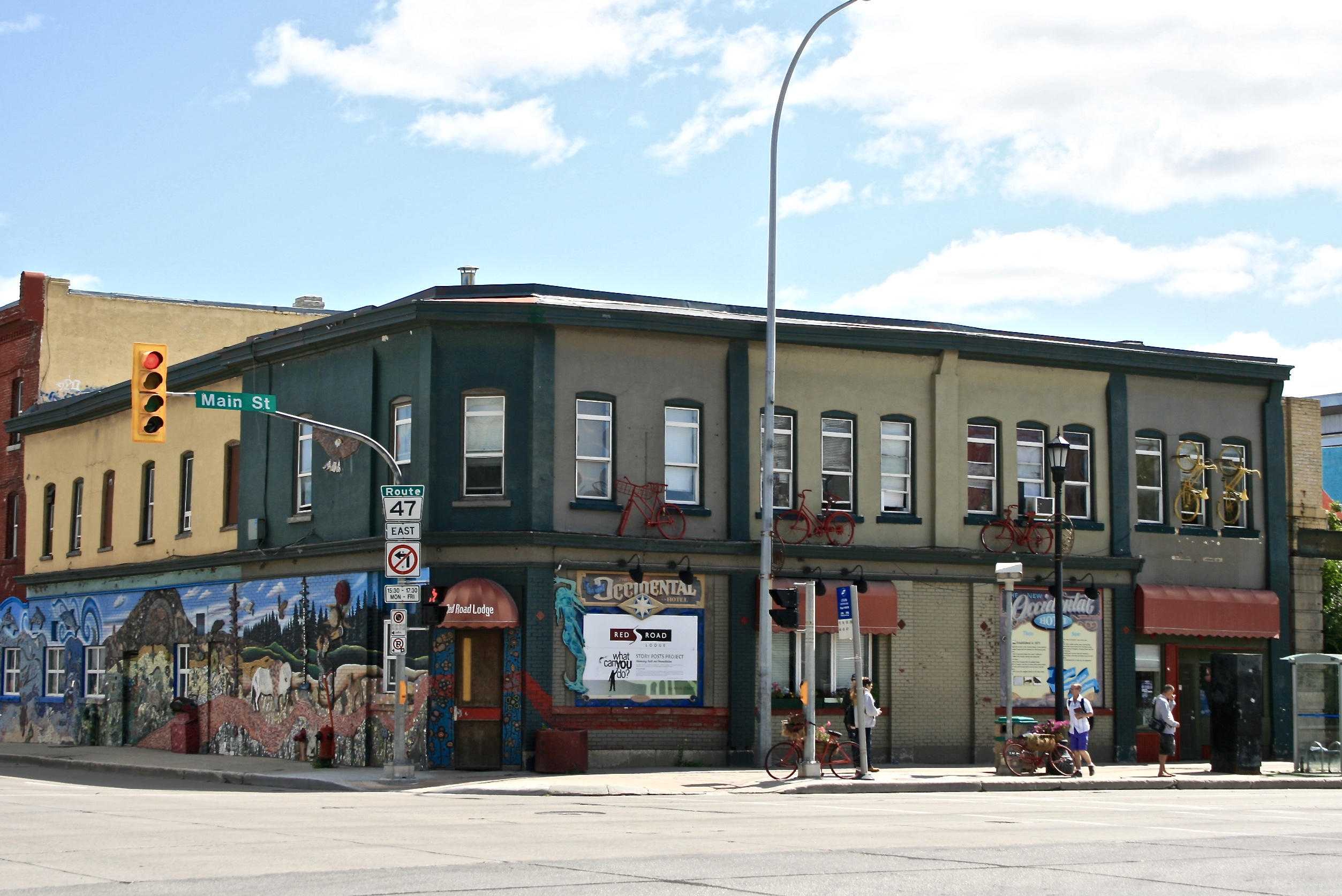 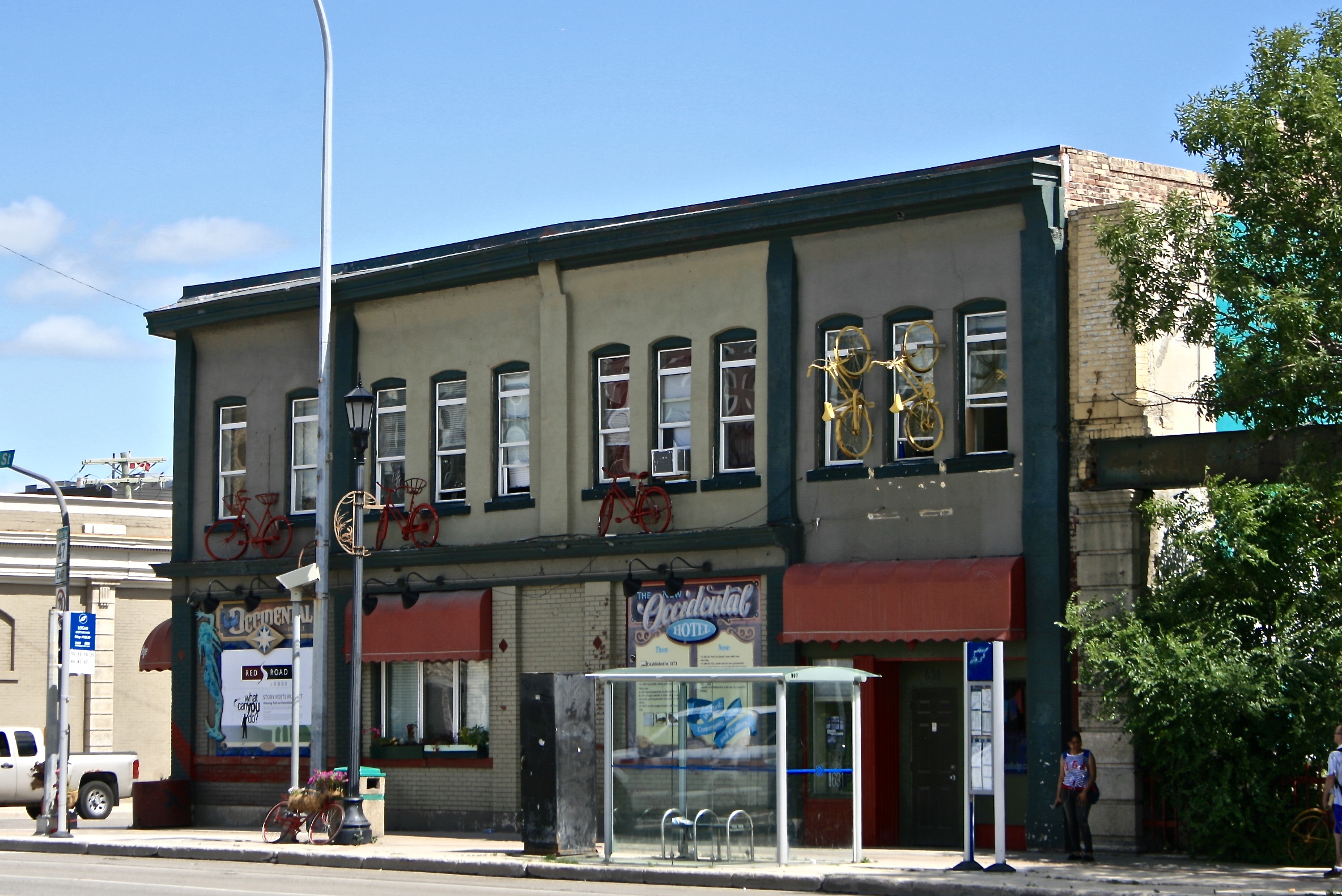 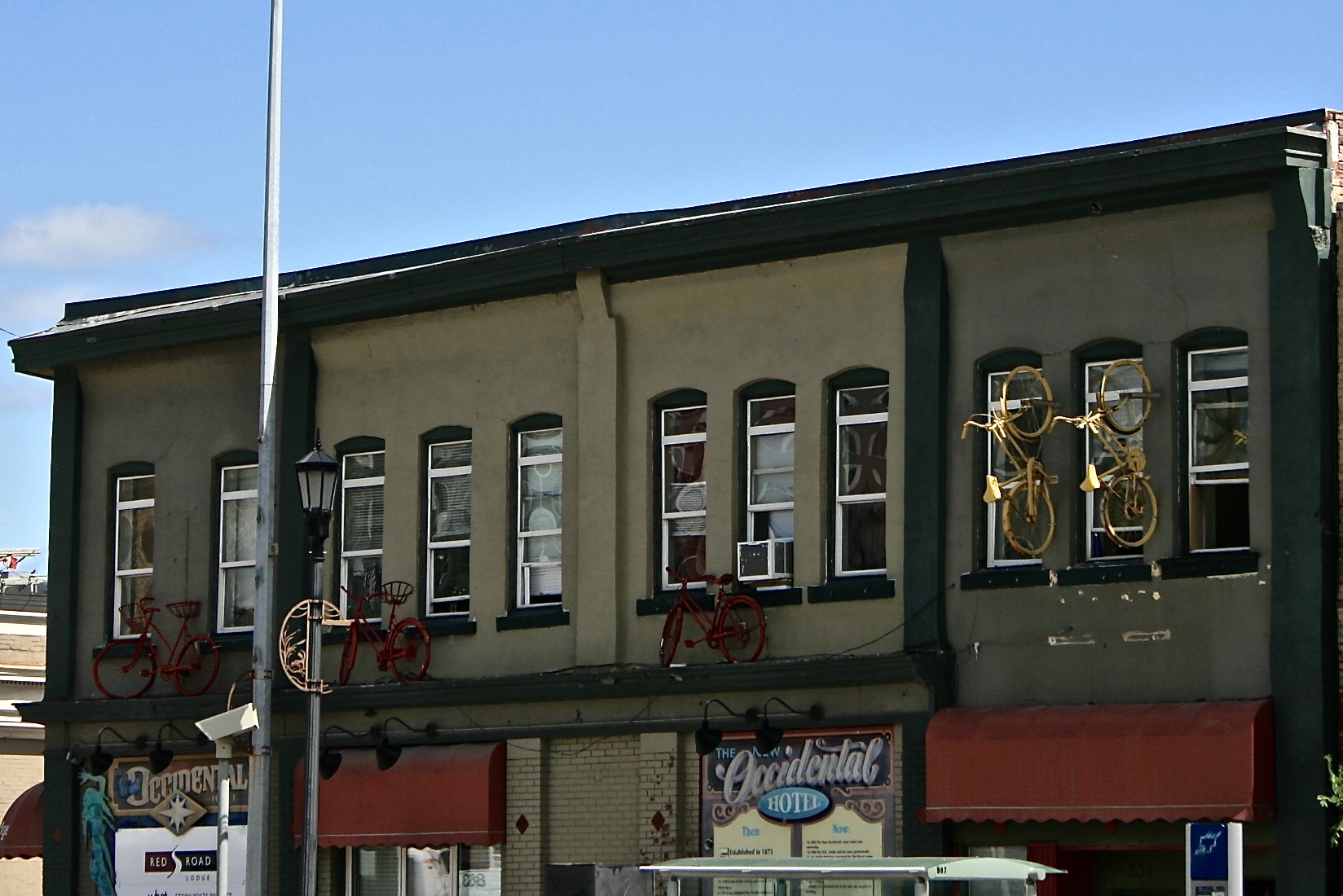 This two and three-storey solid brick building has been altered several times over its life. Faced in painted buff brick and stucco, it is decorated with pilasters and metal cornices on both floors. Upper level windows are arranged in pairs and triplets. Portions of the Logan Avenue storefront appear to be original.

A hotel was originally built on the site by owner Alexander Logan in 1873. In the 1890s, Logan sold the property to David Ripstein of Russia, who largely rebuilt the hotel. It had been known as the White Rose, but he renamed it the Occidental before 1900. In the next five years, several additions and alterations were made to meet the demands of the local hotel trade. Most notably, a three-storey addition along Logan Avenue was designed by architect H.S. Griffith in 1903-04. In 1923, Ripstein passed away and the hotel ownership was assumed by Max Bjalin who had begun his employment with the hotel in 1900 at the age of 12. On the main floor, retail tenants have included a restaurant, a loan office, cleaning businesses and a bicycle shop.

In 2004, local designer and developer Richard Walls bought the hotel. He established the Red Road Lodge, a not-for-profit organisation assisting individuals with substance abuse and mental health issues. Walls converted the hotel into transitional housing units with a dry lounge.