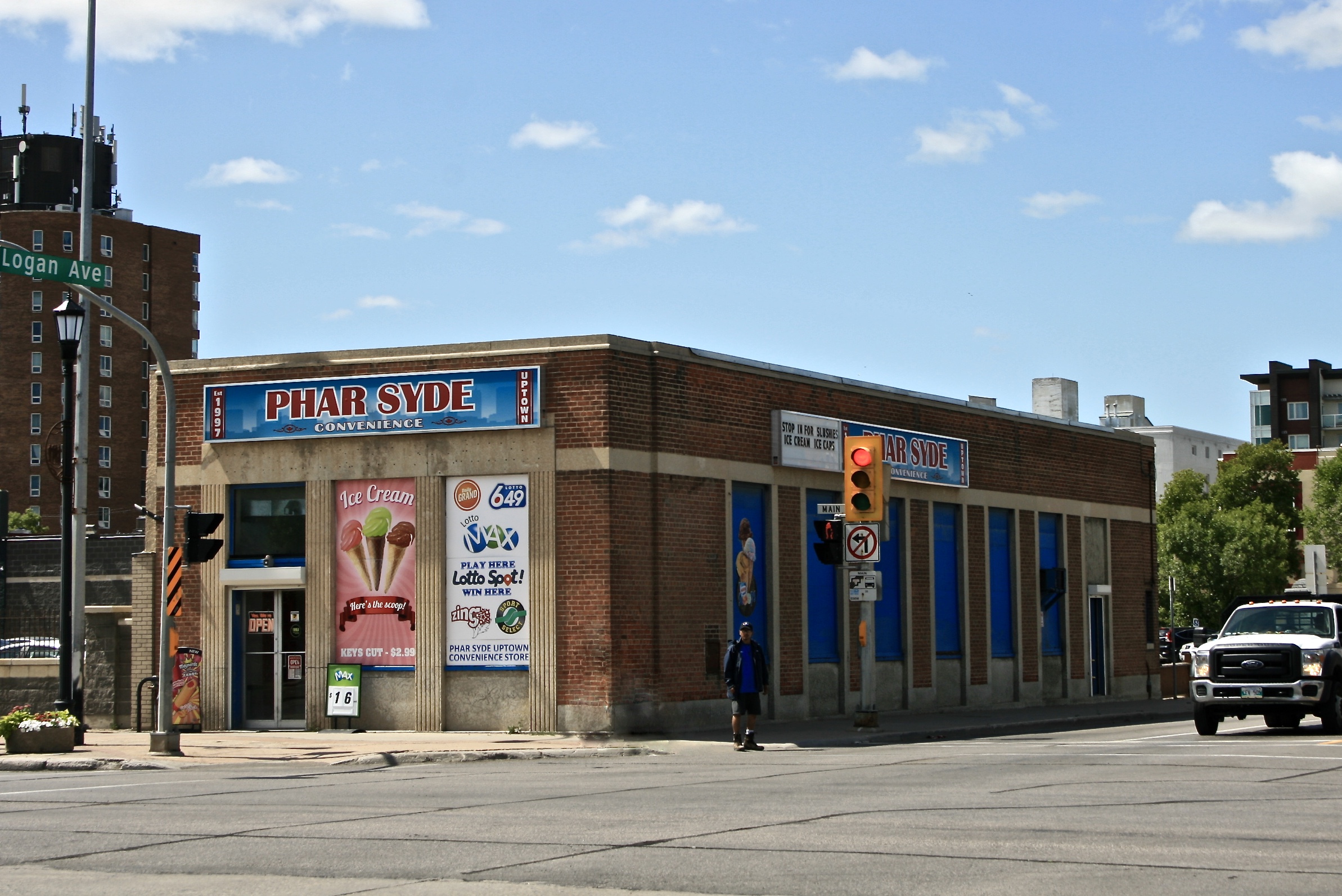 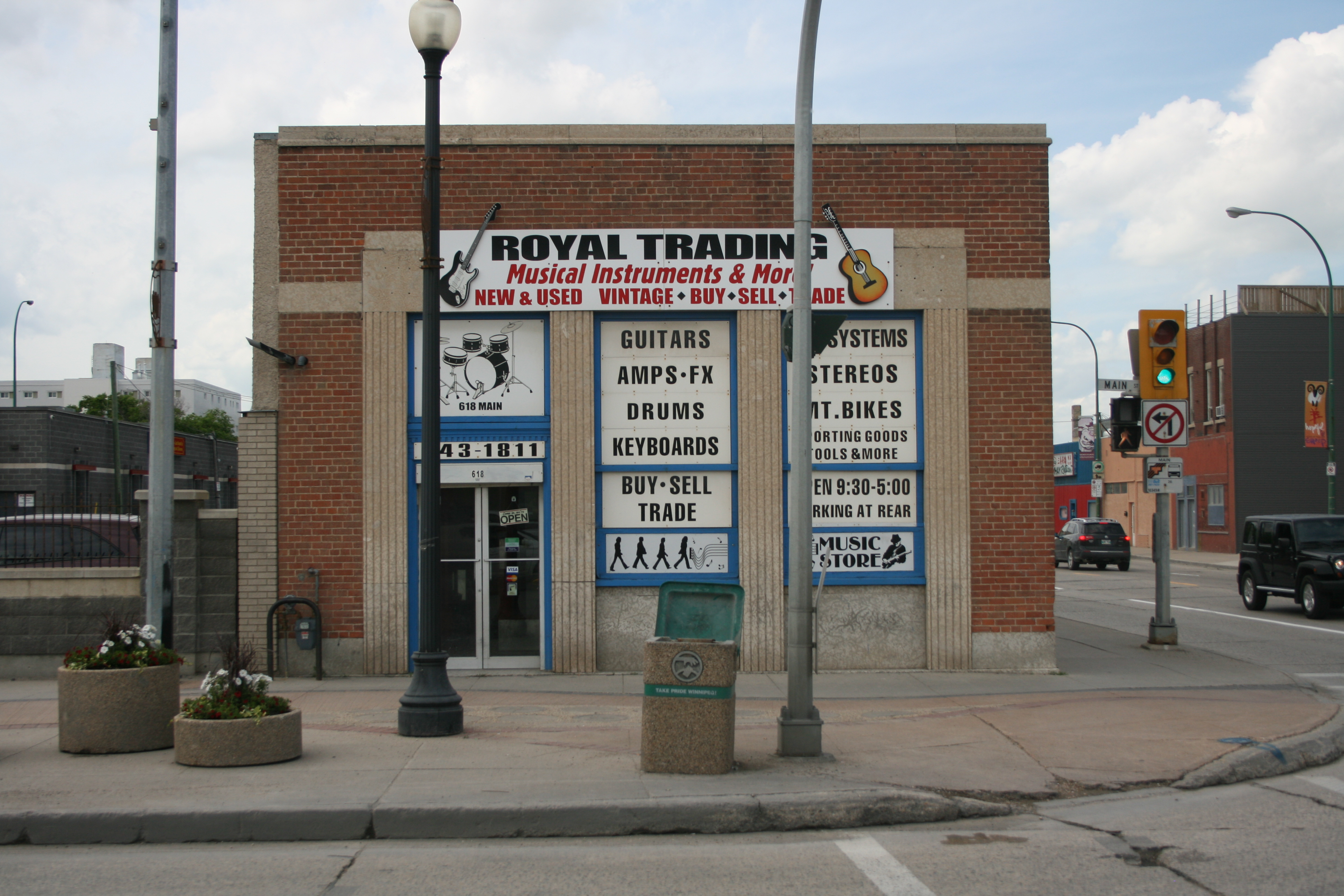 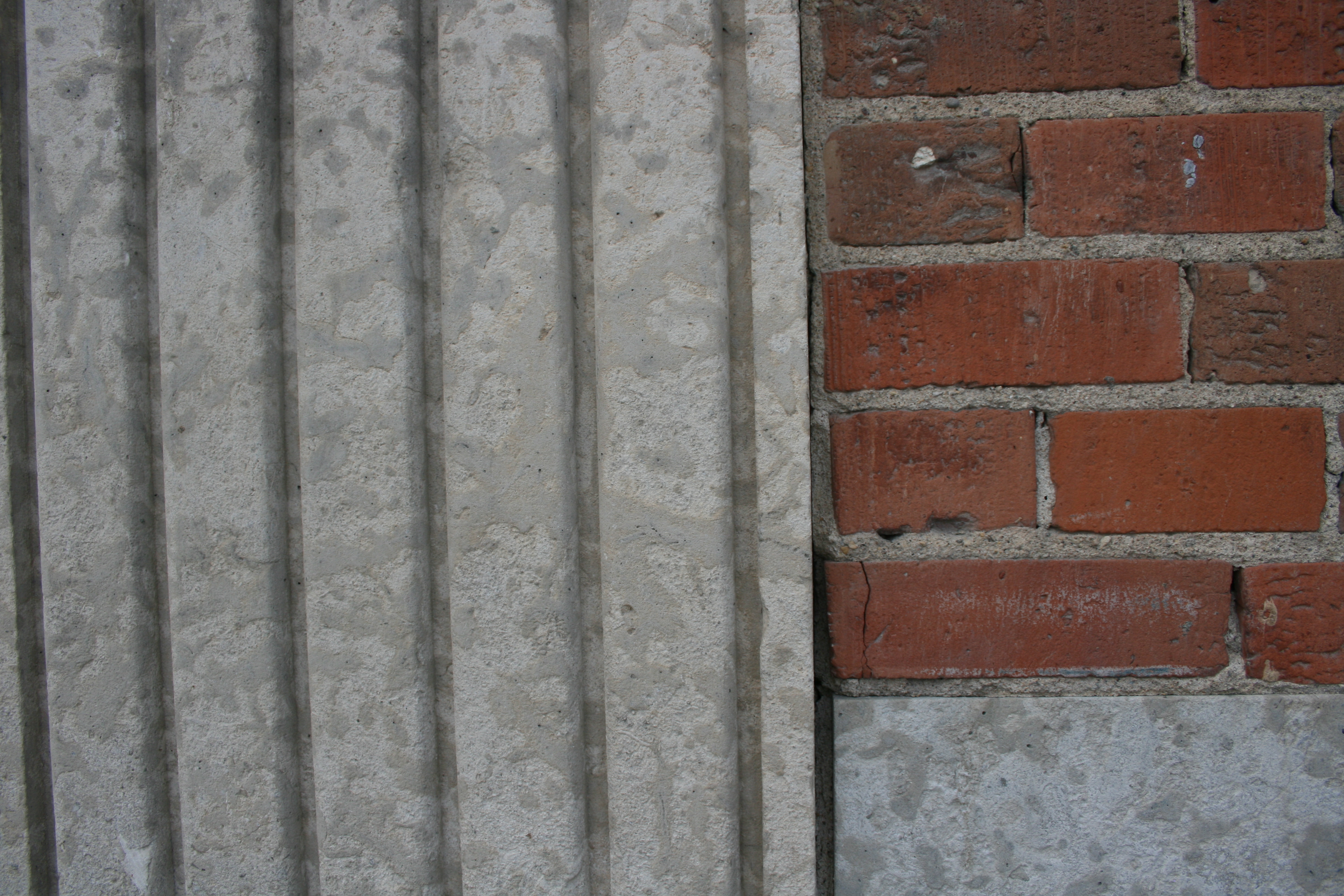 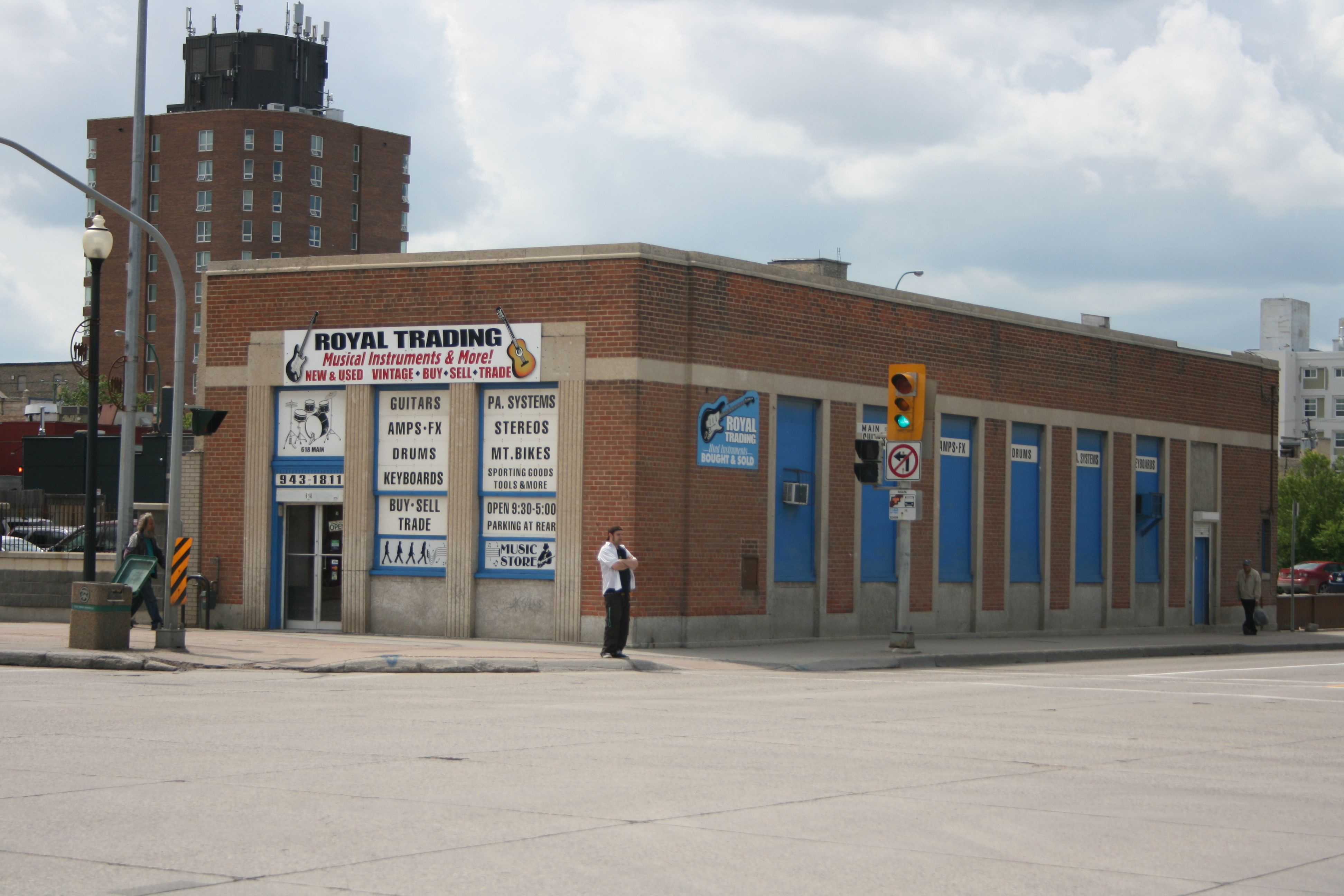 This was formerly a bank building. The single-storey structure features a red-brick and limestone facade that evokes a series of fluted columns—a simplified rendition of the classical style evident in older bank buildings elsewhere on Main Street. An example of this earlier style can be seen at the 1907 Dominion Bank.

This 1946 structure replaced a 1921 Royal Bank branch at the same location. It was designed by S.G. Davenport of Montreal, who served for a time as the Royal Bank’s chief architect. Notably, he also co-designed the Bank of Canada in Ottawa (1937-38), with the Toronto firm of Marani, Lawson, and Morris. 618 Main served as a Royal Bank of Canada branch until the early 1980s. Since then, the building has housed a variety of retail tenants.