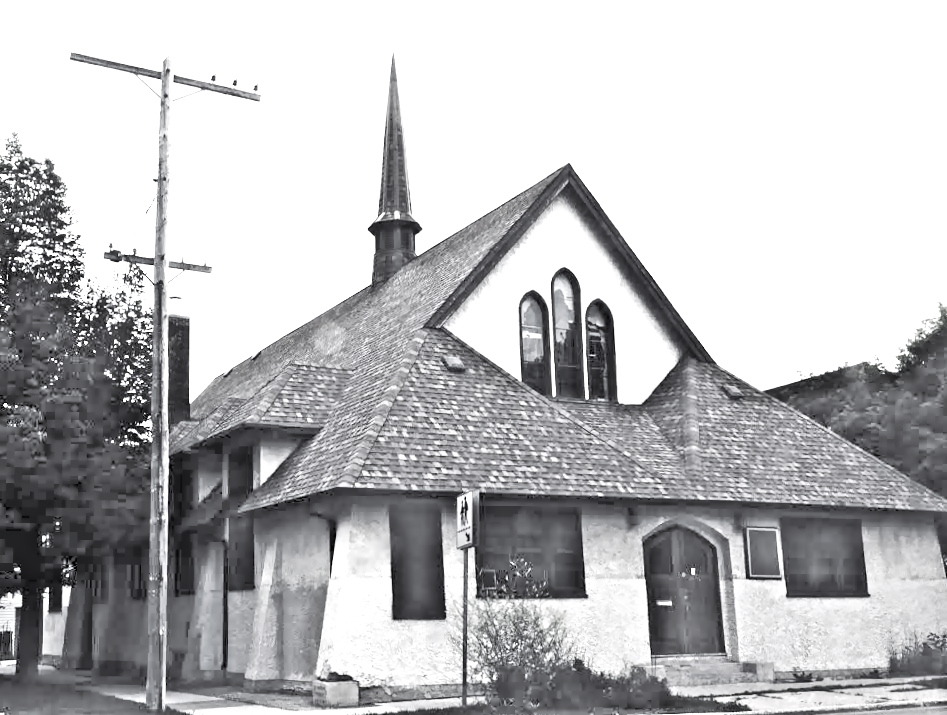 Built as an Anglican church, St. Patrick’s and St. Jude’s, in 1926, 612 Valour Road was converted into a home in 2011. Suiting its original purpose, the building features an English Arts and Crafts meets Tudor aesthetic with half‐ timbered wood, stucco cladding, and splayed buttress corners. The design of the building, by Edgar Prain, closely resembles the same architect's work at St. John’s Presbyterian Church (251 Bannerman Avenue).

In the summer of 1908 the parish of St. Judeʹs had met in a tent. The amalgamated parish began in 1911; its first was built at Pine Street (later Valour Road) and Ellice, later moving, in 1915, to Spruce and Riddle. The church's pulpit was a memorial to Sergeant Leo Clarke VC and the three men in whose honour Pine Street was renamed. A disestablishment service was held on 2 June 2002.