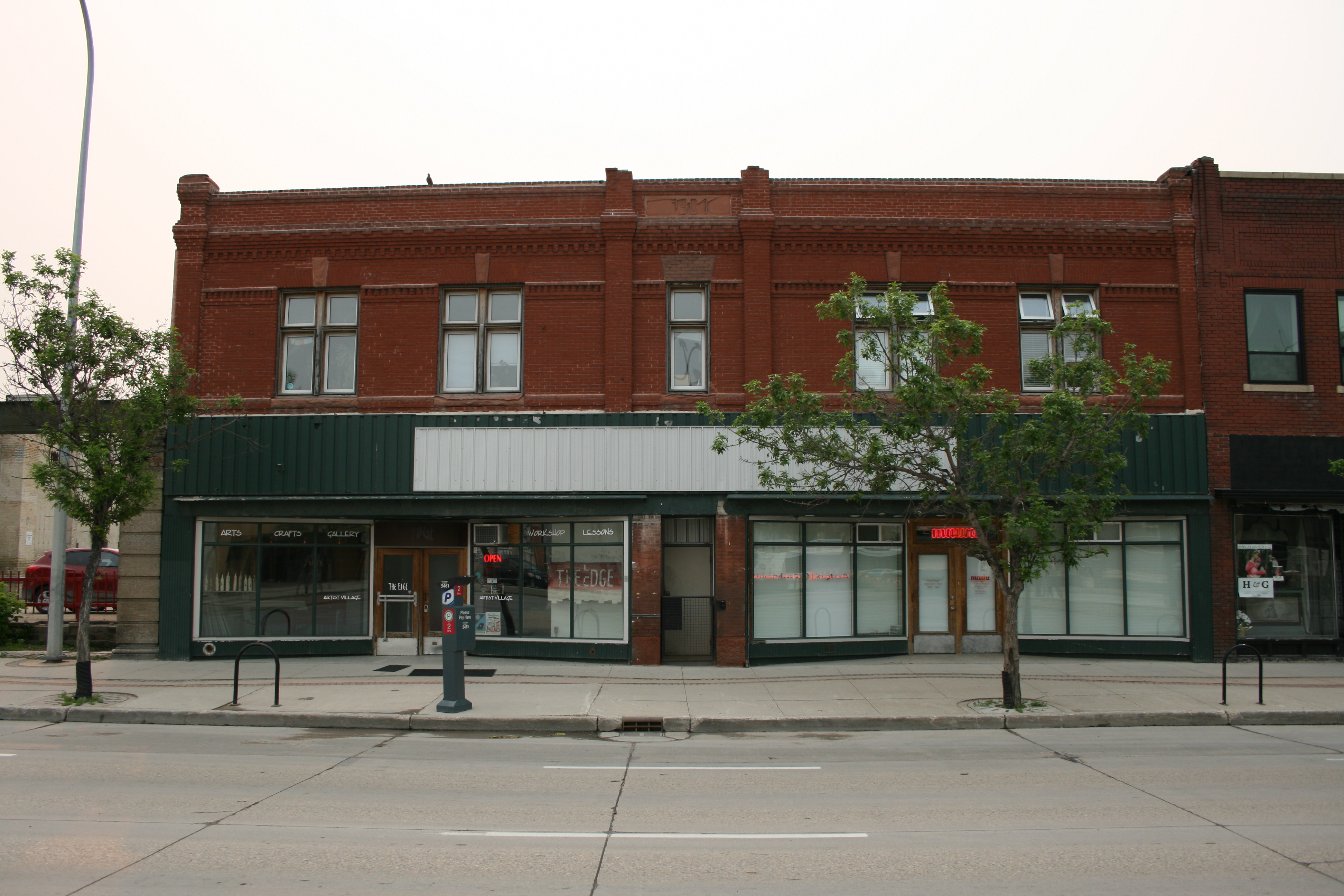 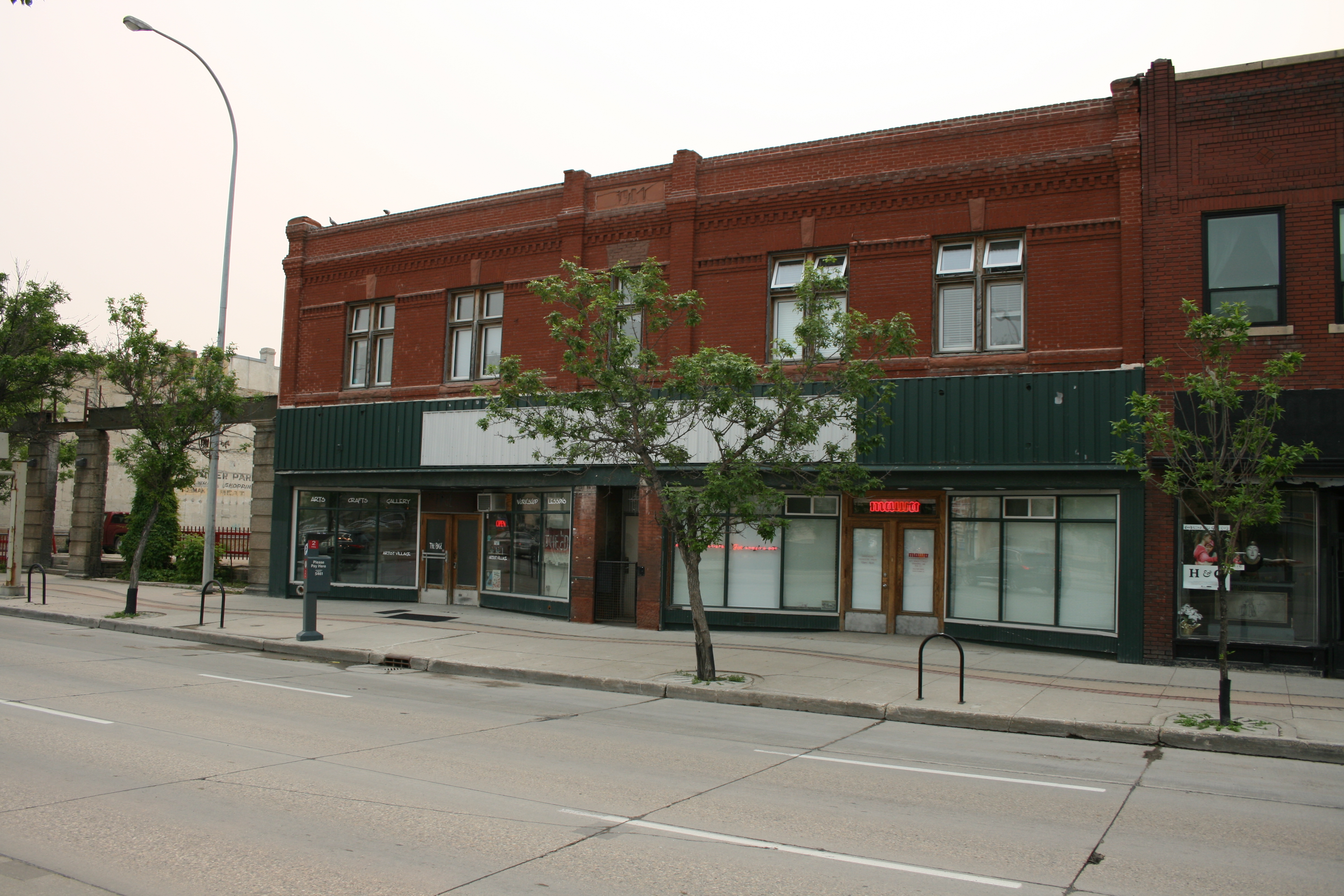 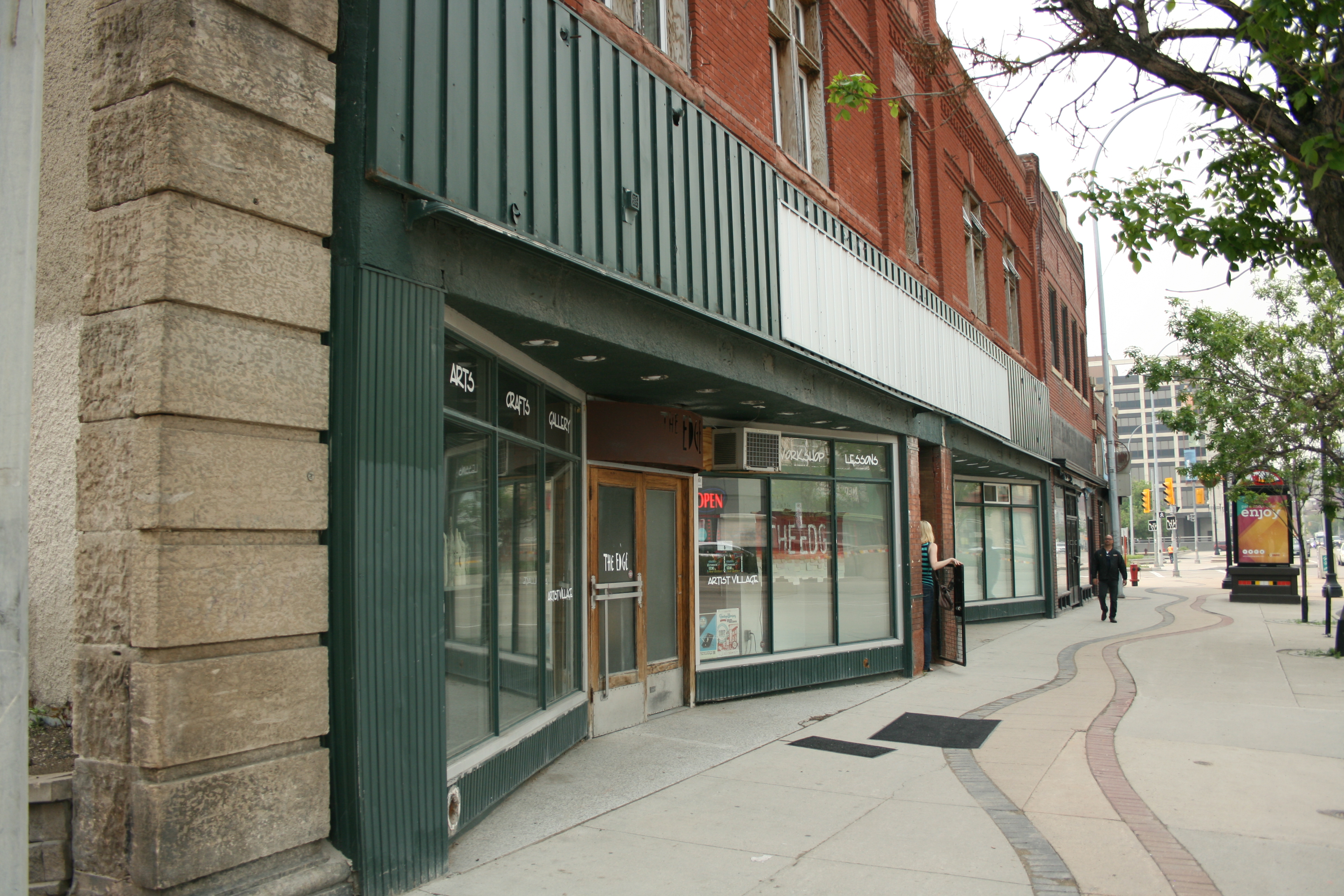 The 1901 Corbett Block, designed by James McDiarmid, is actually a red brick building with red sandstone trim that has been painted. Its symmetrical facade is punctuated by a central, taller bay with a single window, flanked on either side by two sets of paired windows. Notable decorative elements include a large centrally located date stone and a series of decorative bands of brickwork. The long storefront has been altered over time and features several entrances and large display windows.

The structure was built for Andrew McKenzie and Dr. Samuel Corbett. Corbett studied to be a physician in Ontario before moving to Manitoba in 1882. His practice was located at several locations on Main Street before this building was completed. In 1901 he was appointed as a Dominion Health Officer. Other early tenants of the building included government offices and small businesses and residents. From the 1930s until the 1980s, the City Meat and Sausage Company (later Norman Meats) operated from the main floor. Designer and developer Richard Walls bought this building in 2003 and converted the main floor into spaces for arts organisations, along with affordable housing on the second floor.