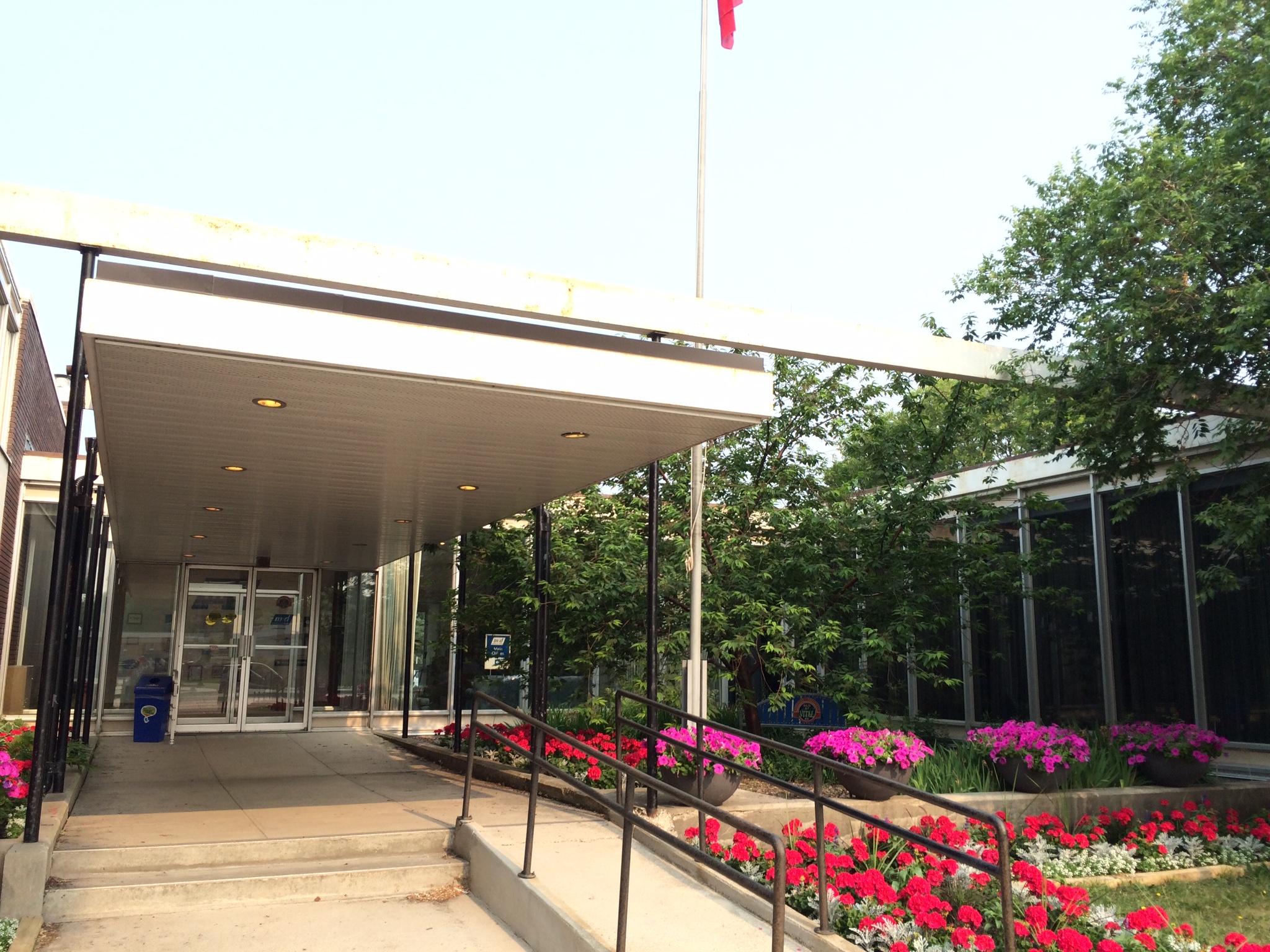 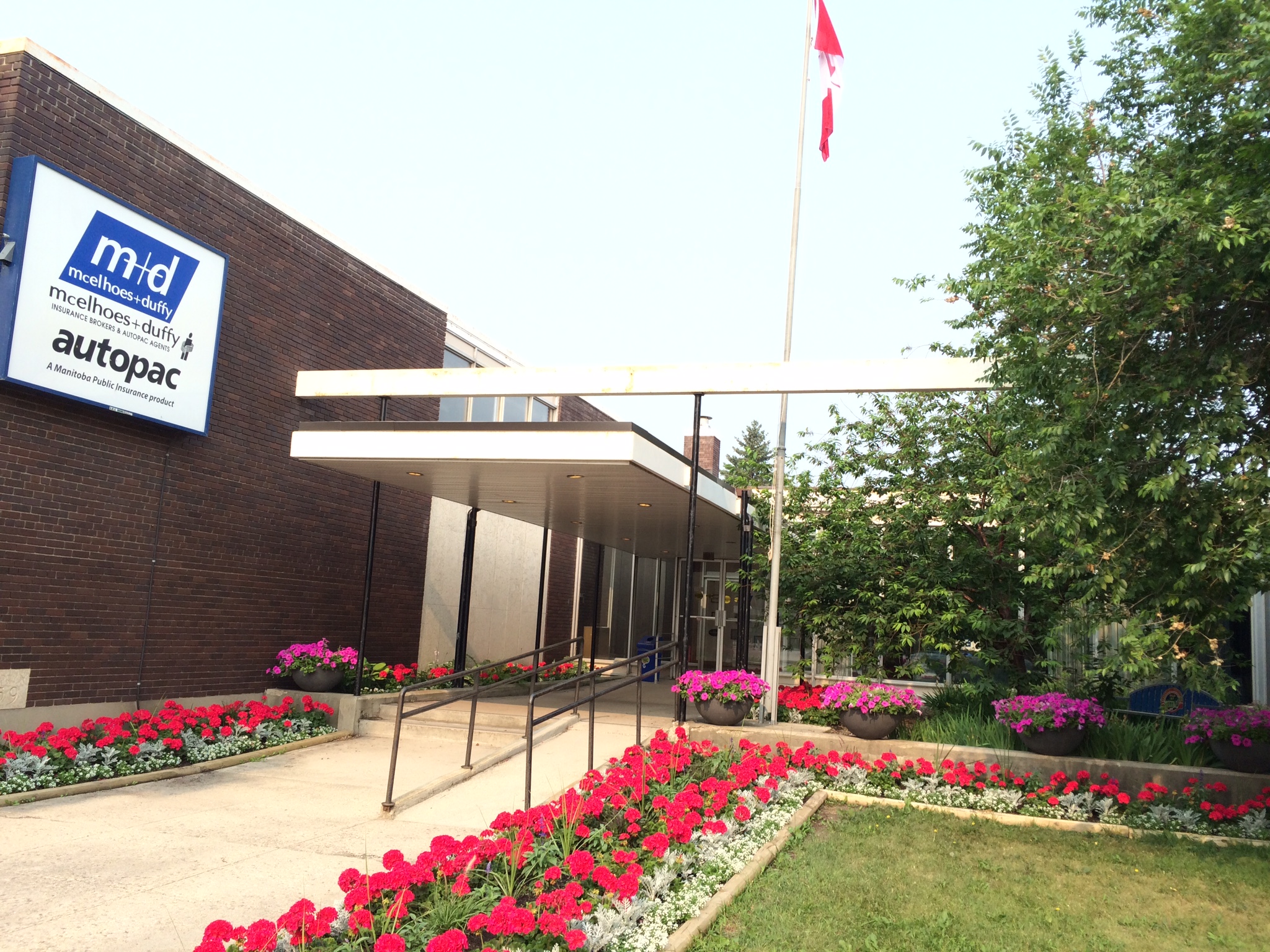 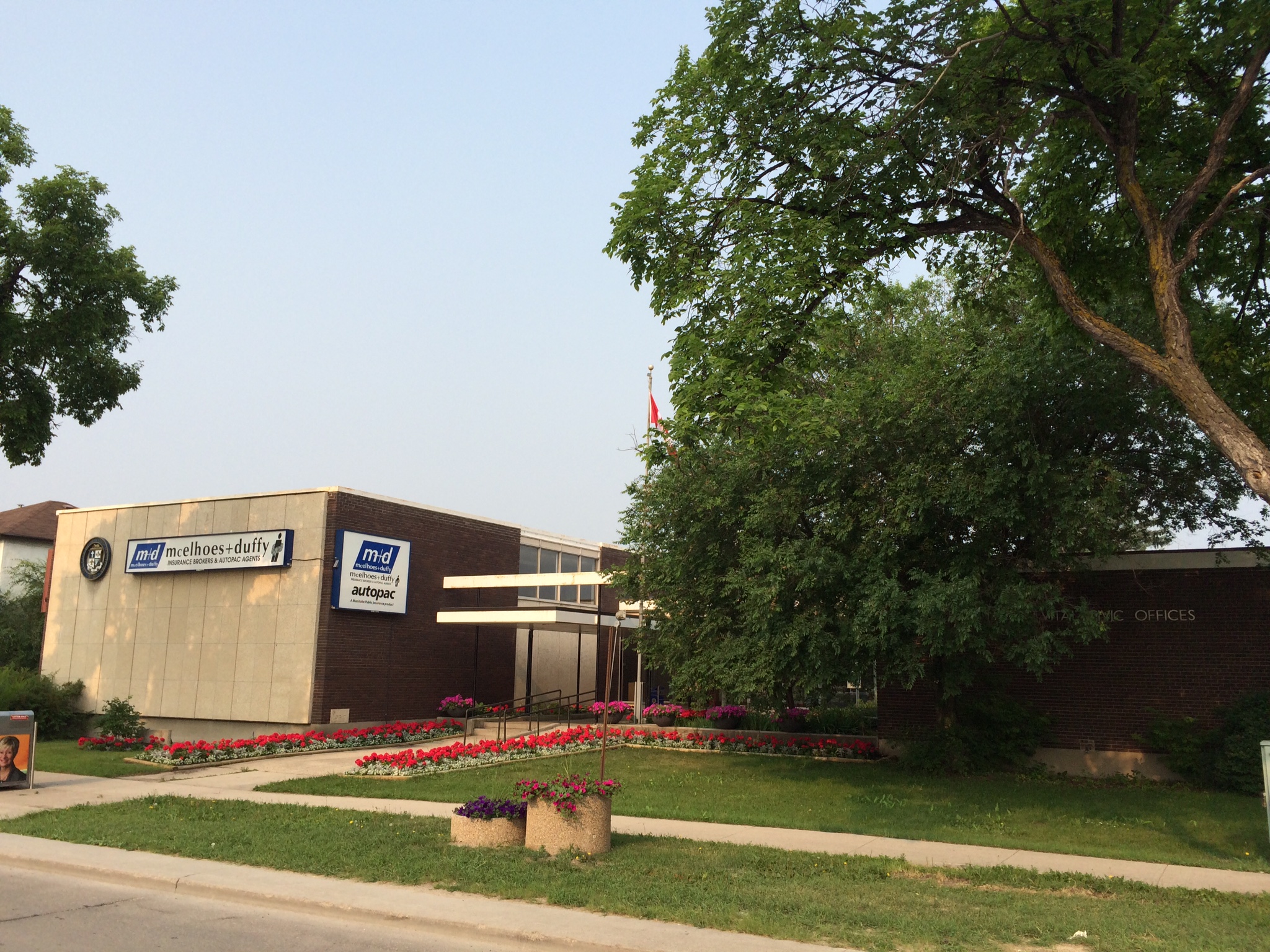 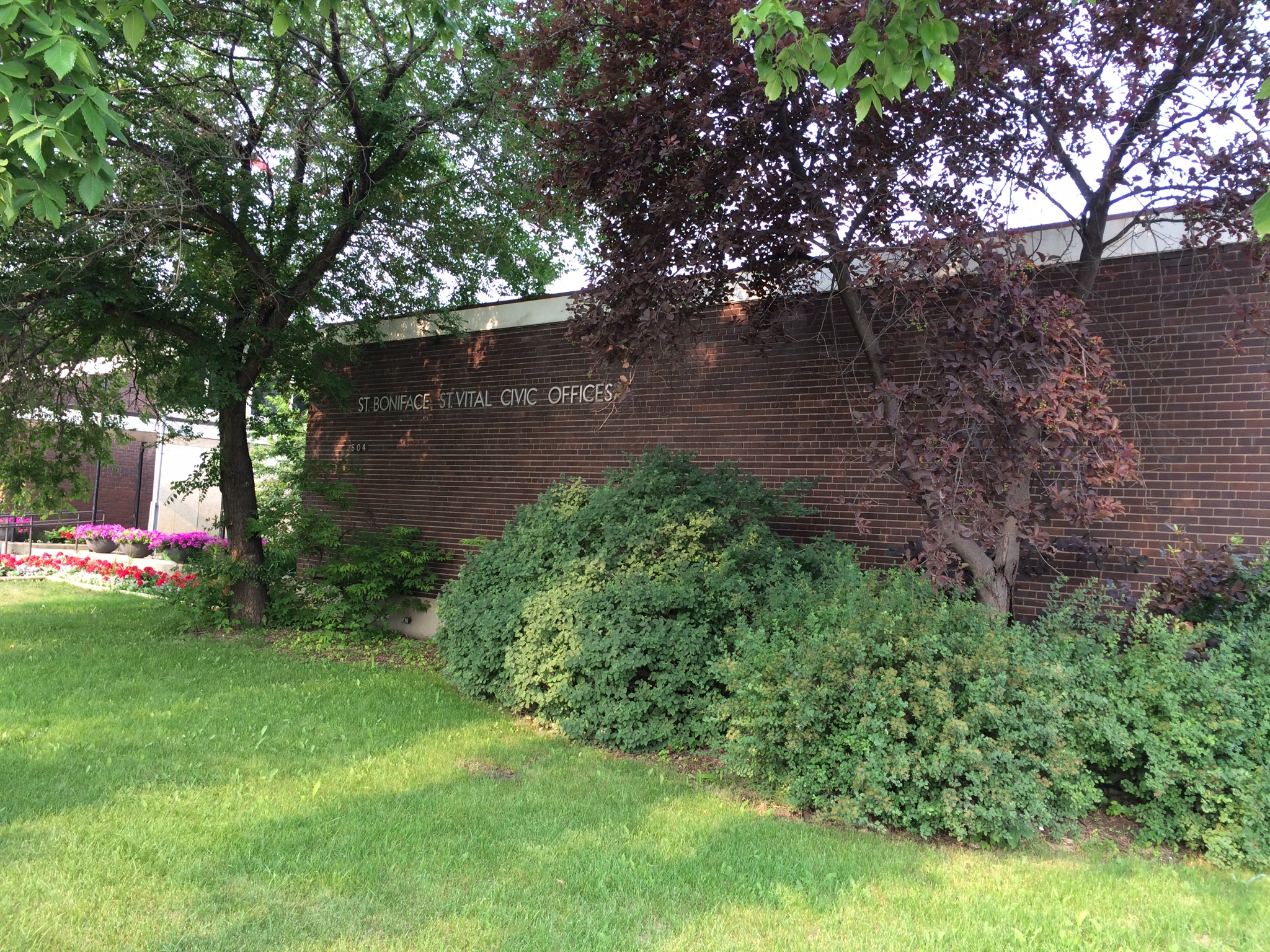 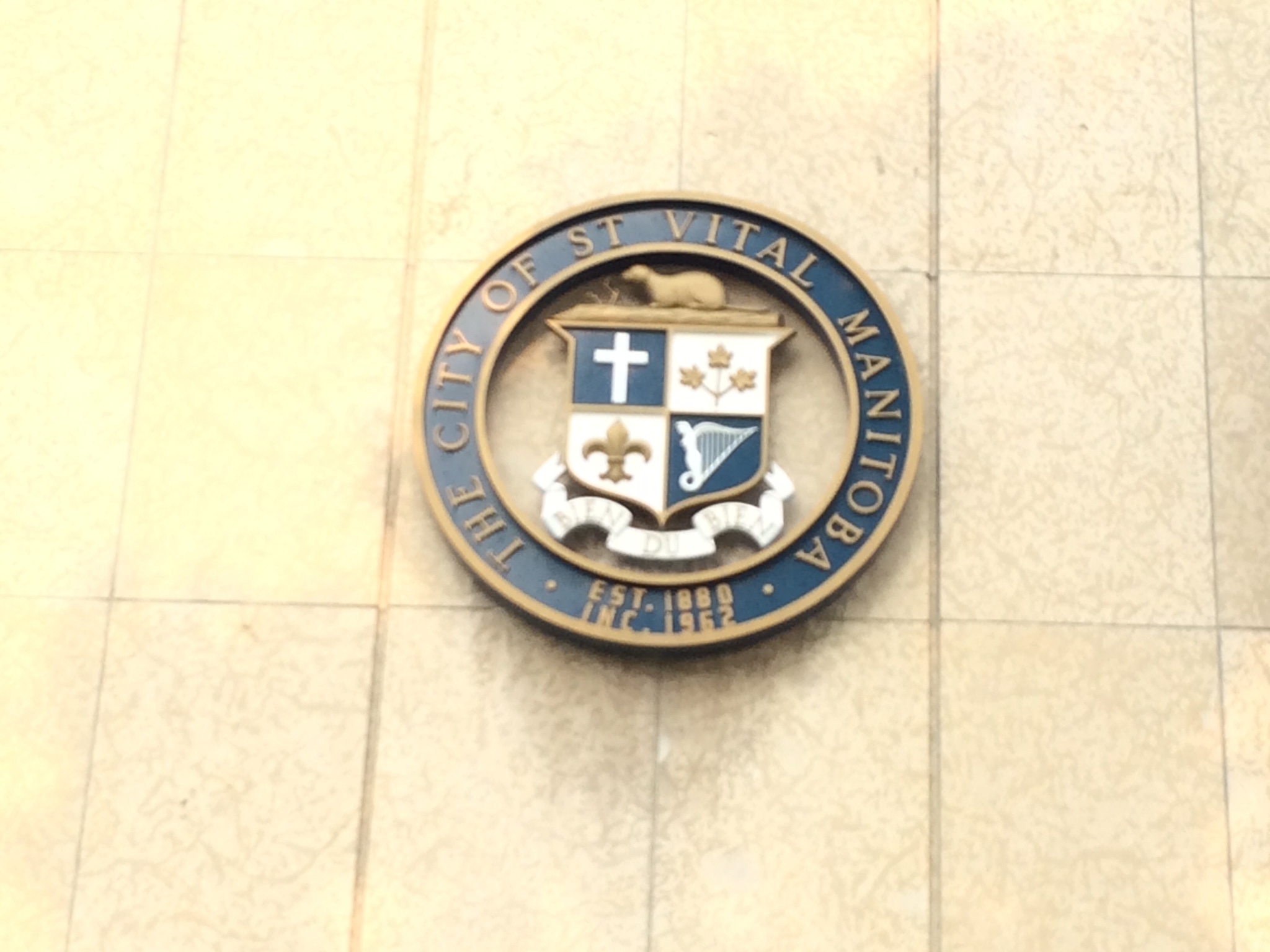 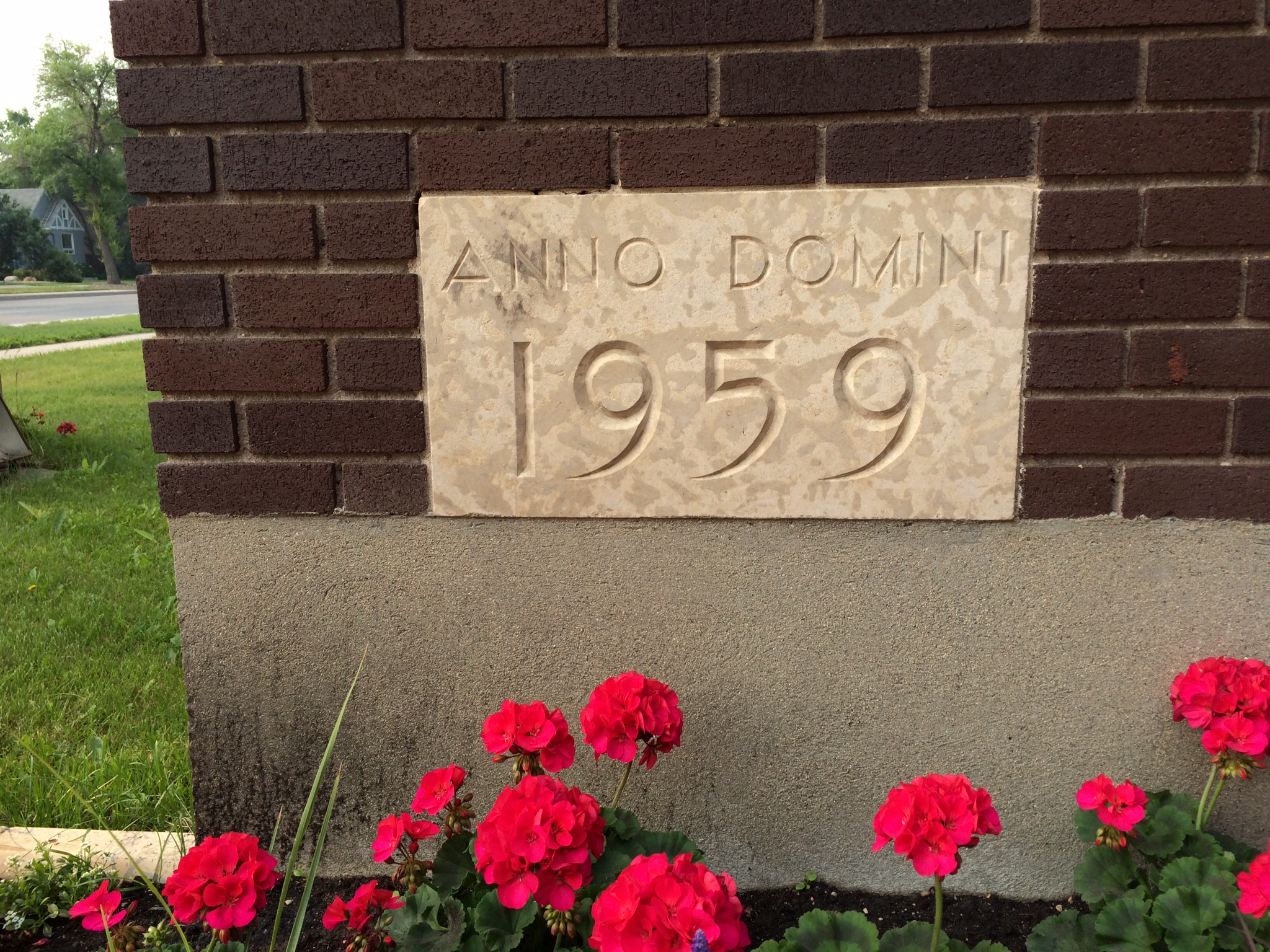 604 St. Mary’s Road, was constructed in 1959 for a cost of $184,000 as the St. Vital Municipal Office and Hall. In the post-war years St. Vital, and all of the other jurisdictions surrounding Winnipeg were in the midst of a moment of expansion and modernization. St. Vital became a city in 1962, shortly after the building was completed, with a population of 27,000. The Municipal Office and Hall was erected not far from the site of the 1911 St. Vital Municipal Hall (also on St. Mary’s Road) and the 1914 St. Vital Fire Station at 596 St. Mary's Road. Designed by the firm of Pratt and Lindgren, 604 St. Mary’s Road is an example of International Style architecture. Like much of the firm's work it makes use of brick and is one storey. C-shaped, the building has two wings jutting out toward the street: one taller and clad in Tyndall stone (decorated with a civic crest), the other lower and in brick. These wings enclose a small courtyard entry space; the courtyard-facing walls are glazed on two sides. A modern portico shelters the main doorway.