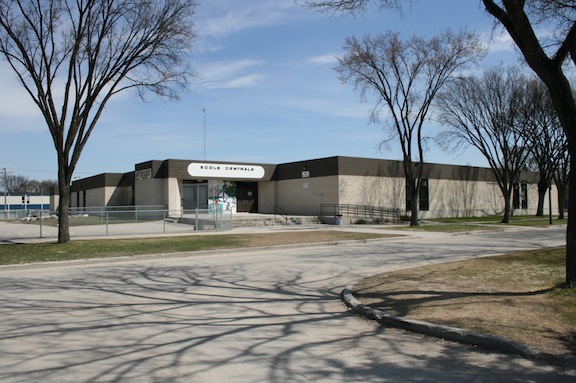 École Centrale, a French immersion elementary school since 1983, is the second 'Central School' on this prominent site in Transcona, and plays a significant role in the story of education in the district.

The first Central School was opened in 1913 as an elementary institution with a population of 307 students. Over the years, it gained accreditation to become a high school as well which meant that by the 1930s, there were 1380 students from Grade one to twelve packing the crowded classrooms (an addition was made in 1931); construction of other schools nearby in the 1950s finally relieved the pressure.