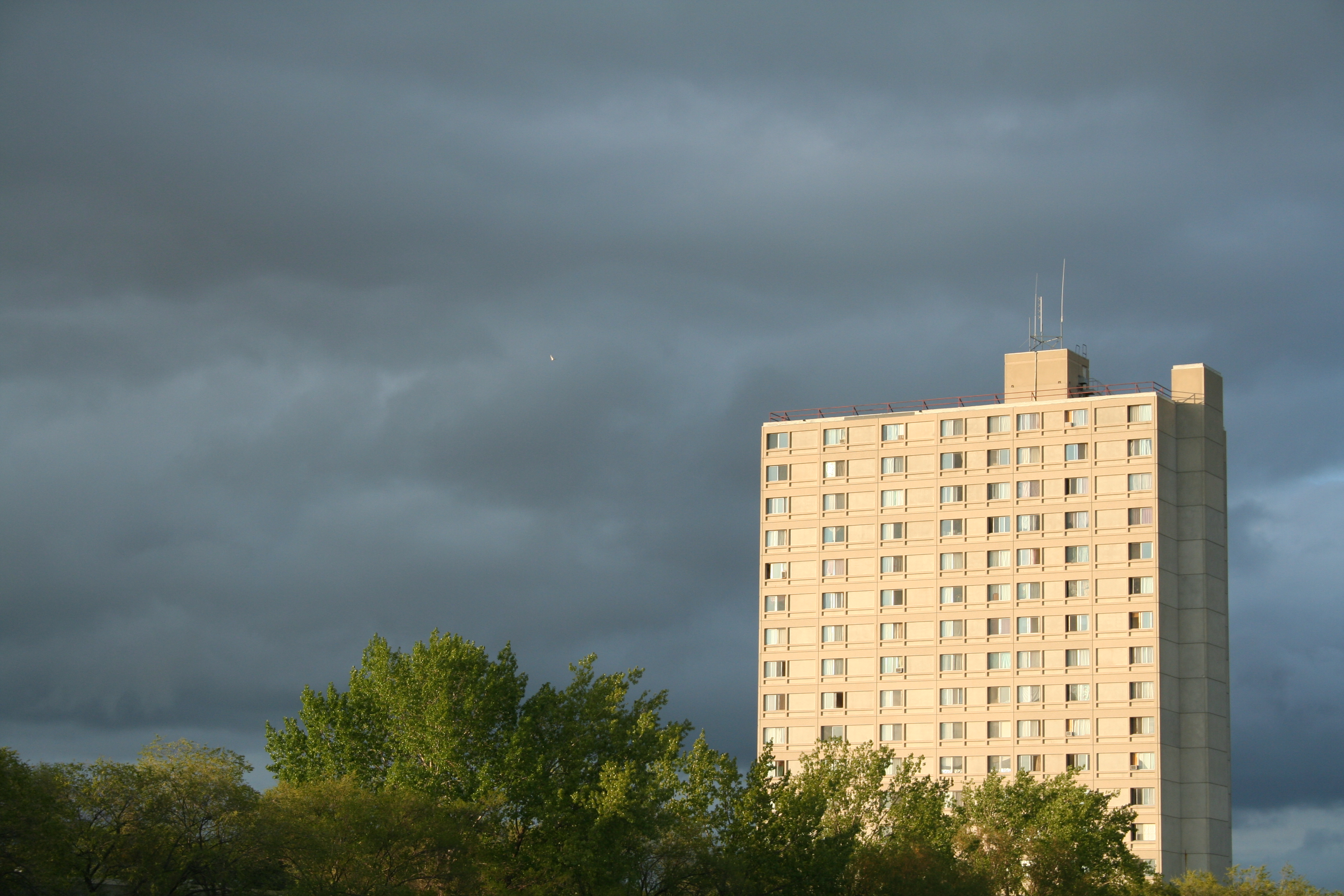 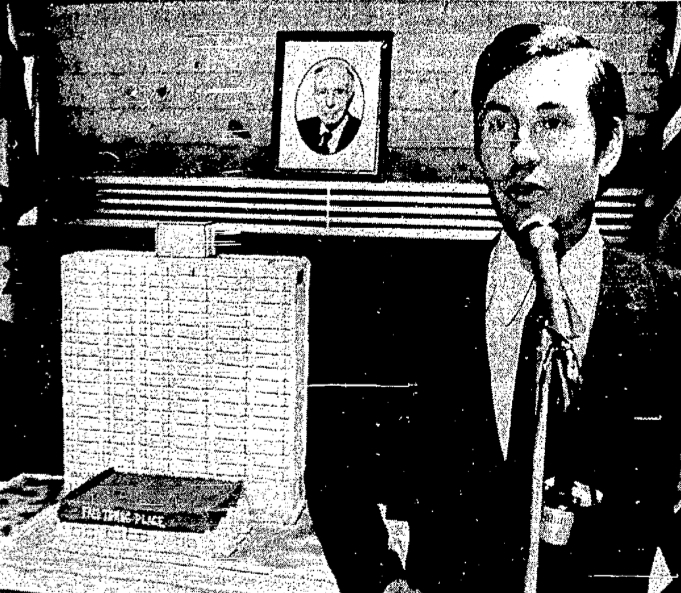 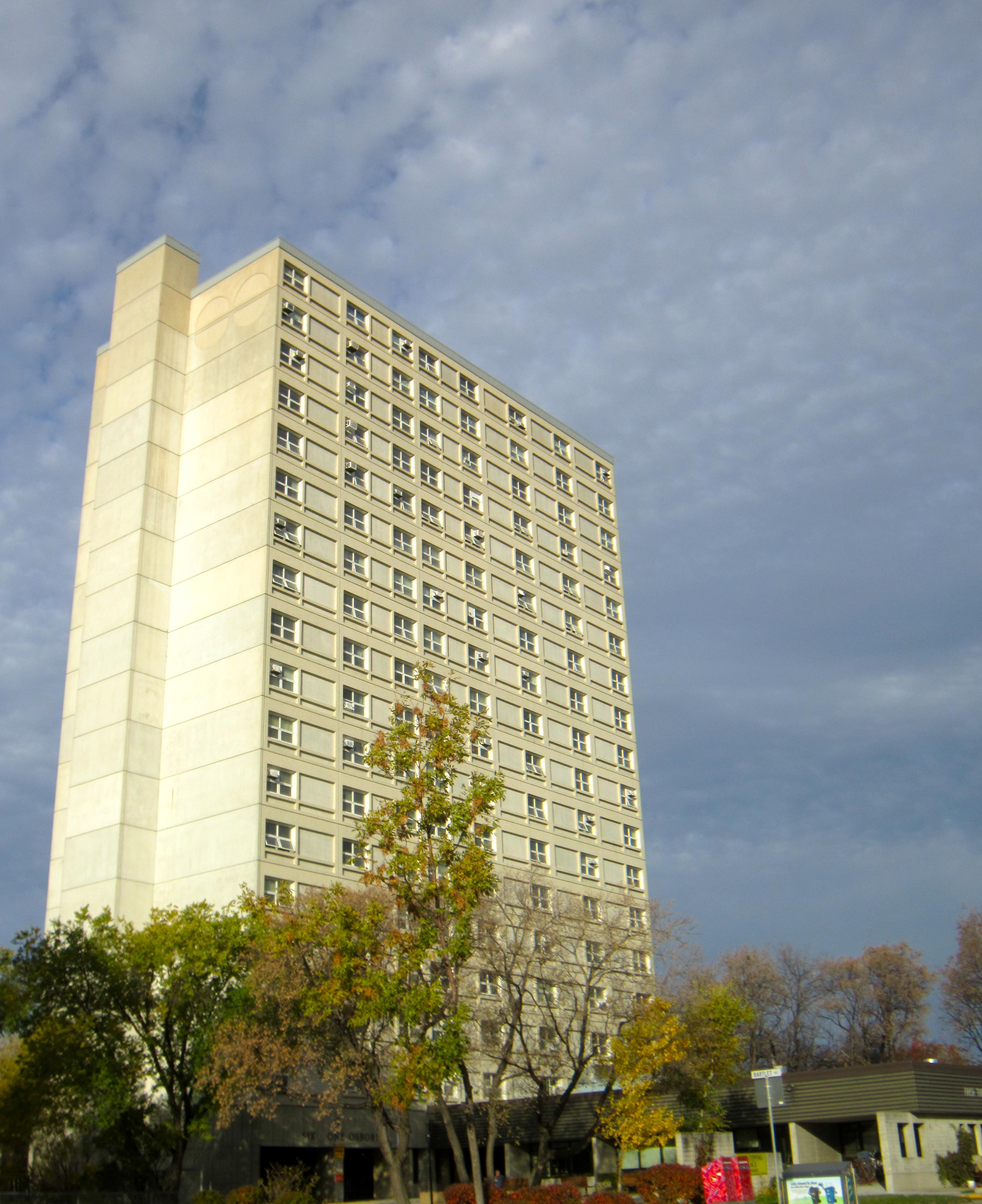 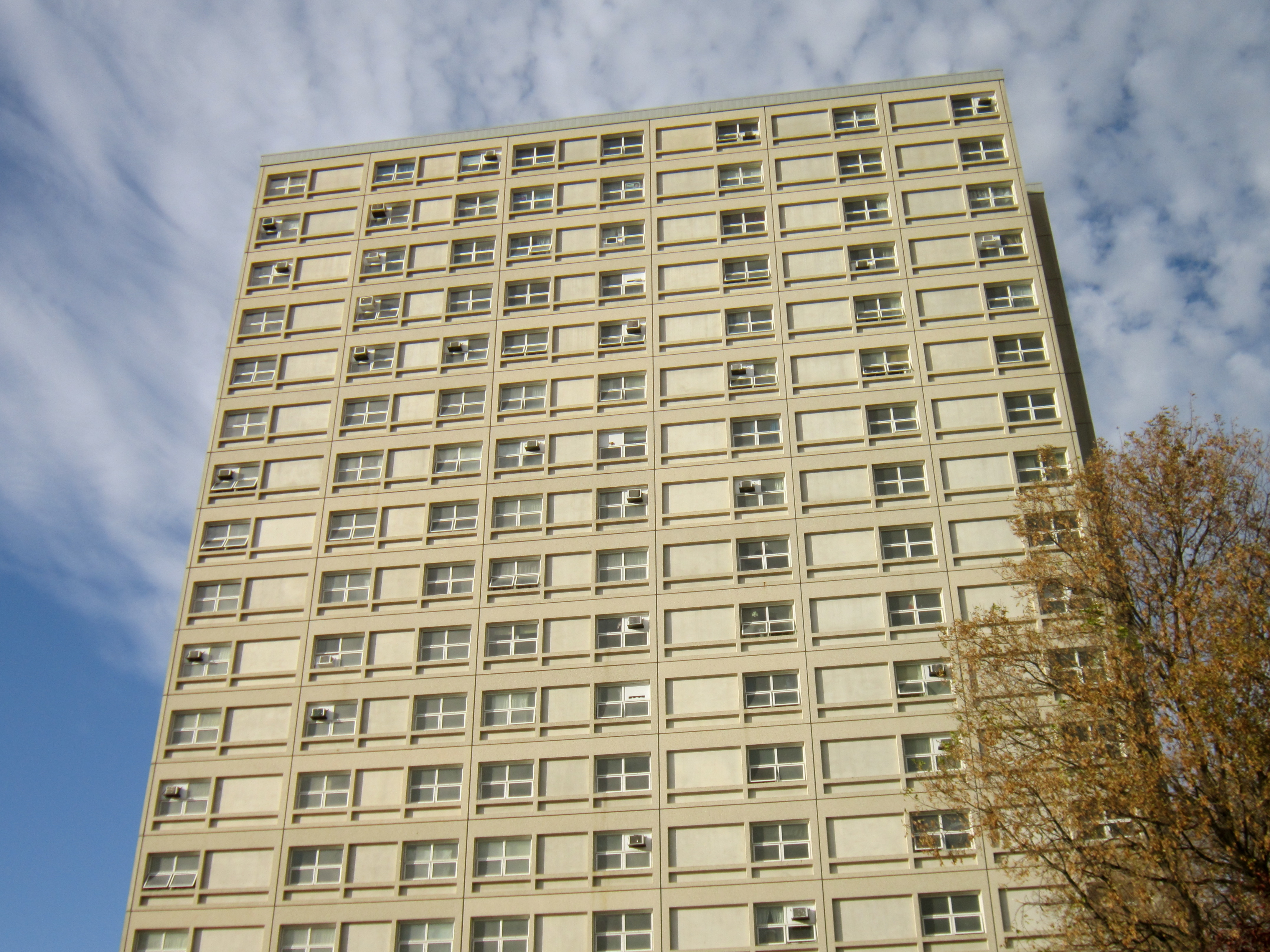 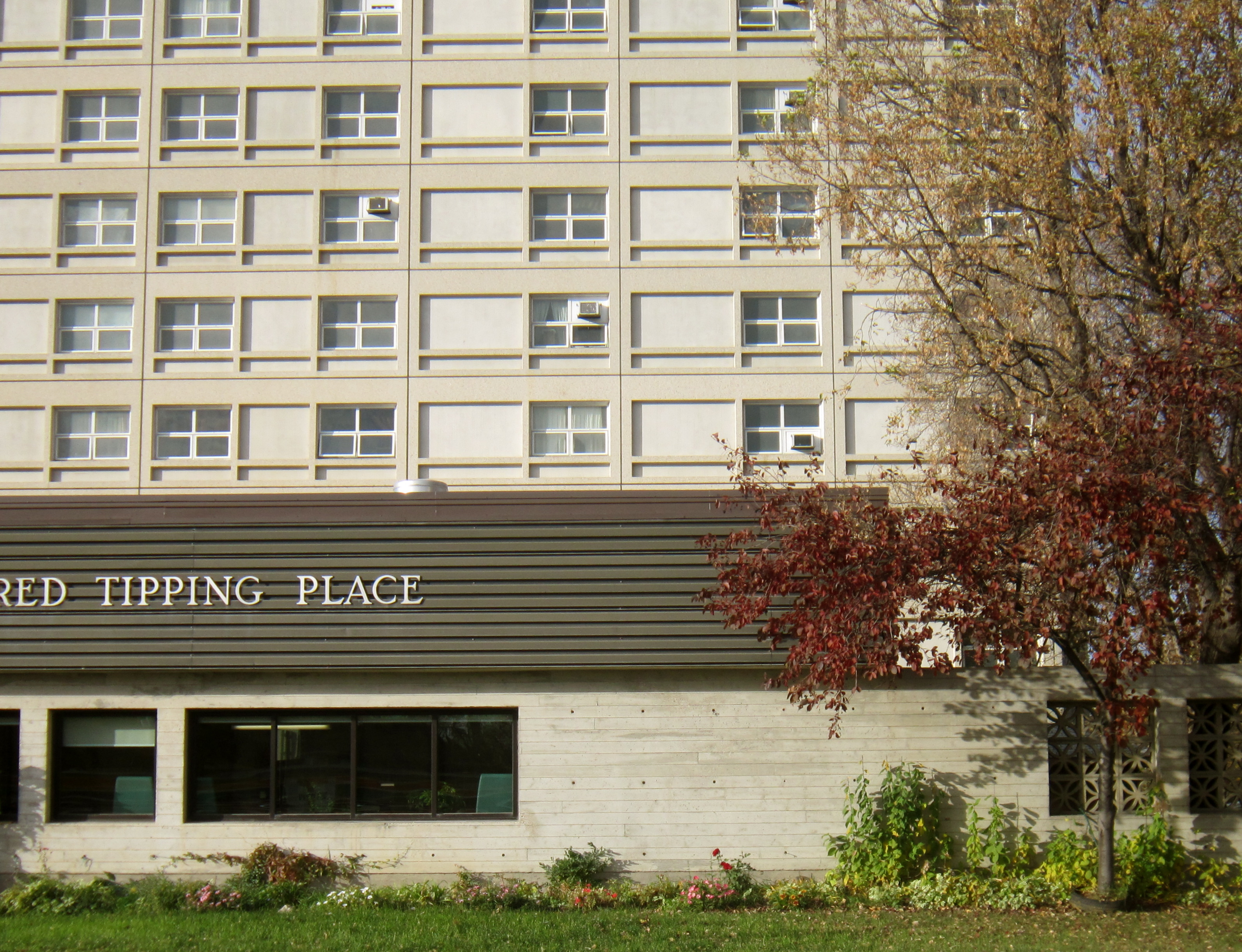 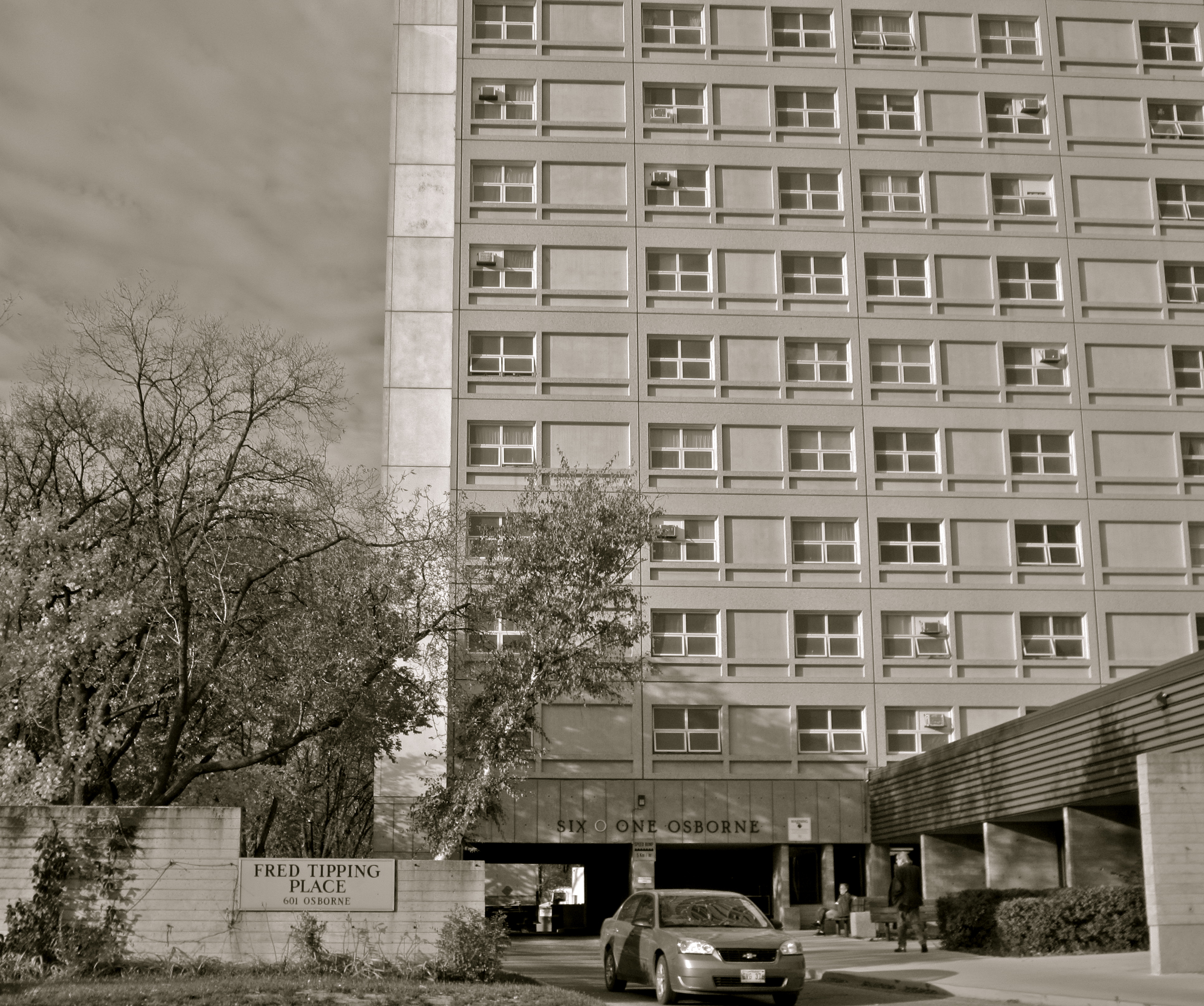 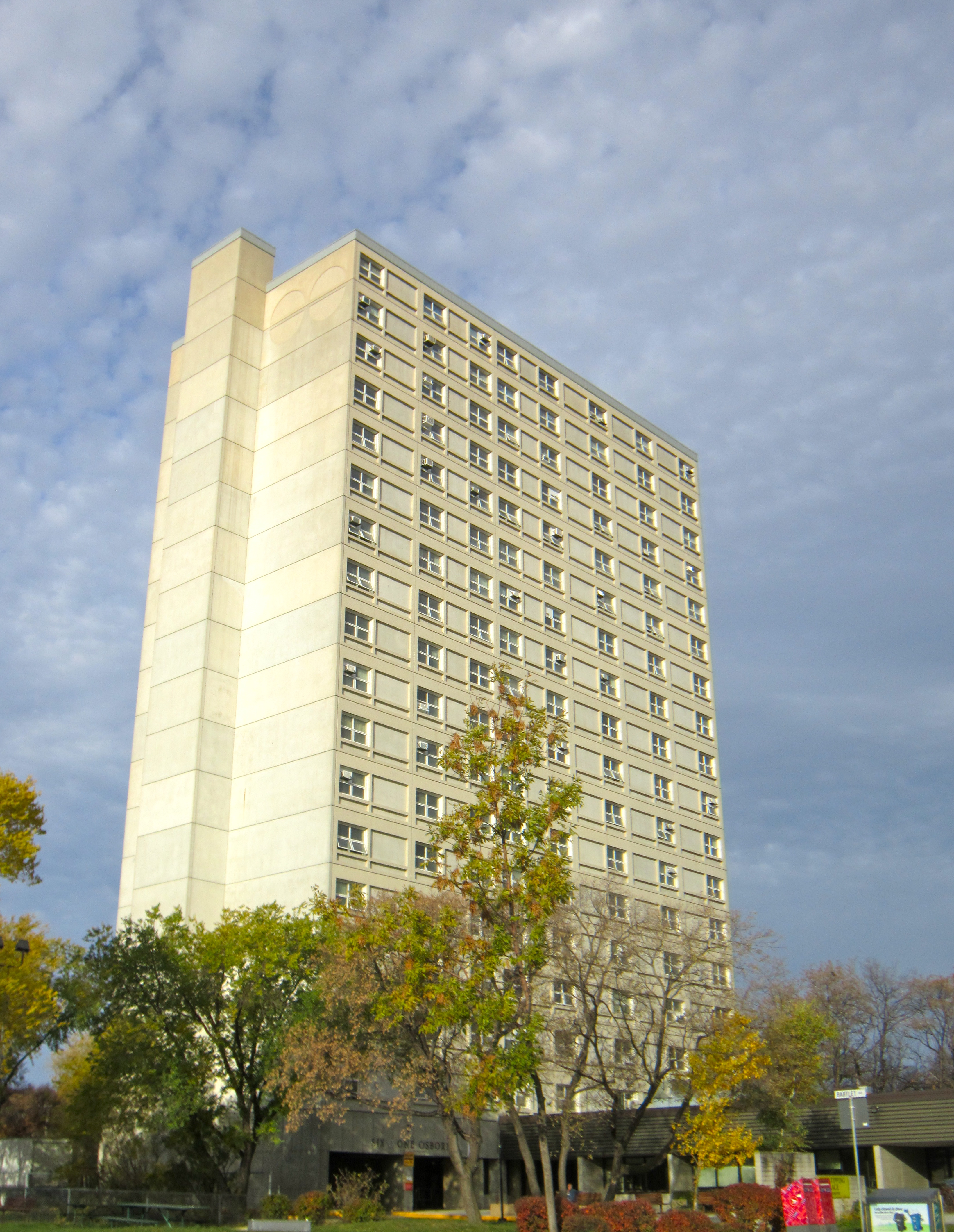 Fred Tipping Place is a 205-unit housing project constructed as a residence for Manitoba seniors. Initial estimates pegged the cost for the structure at $1,360,000, though its ultimate price came to $2.3 million. Expenses for the facility were financed at a rate of 90% by the federal Central Mortgage and Housing Corporation, with 10% paid by the Manitoba housing and renewal corporation. The project was opened officially on 28 February 1974.

The eighteen storey building is fabricated from and clad in pre-cast and poured concrete components and displays a Brutalist-imbued modernist approach. At street level the set-back tower features a projecting lower storey housing communal spaces, creating a more pedestrian-friendly atmosphere.