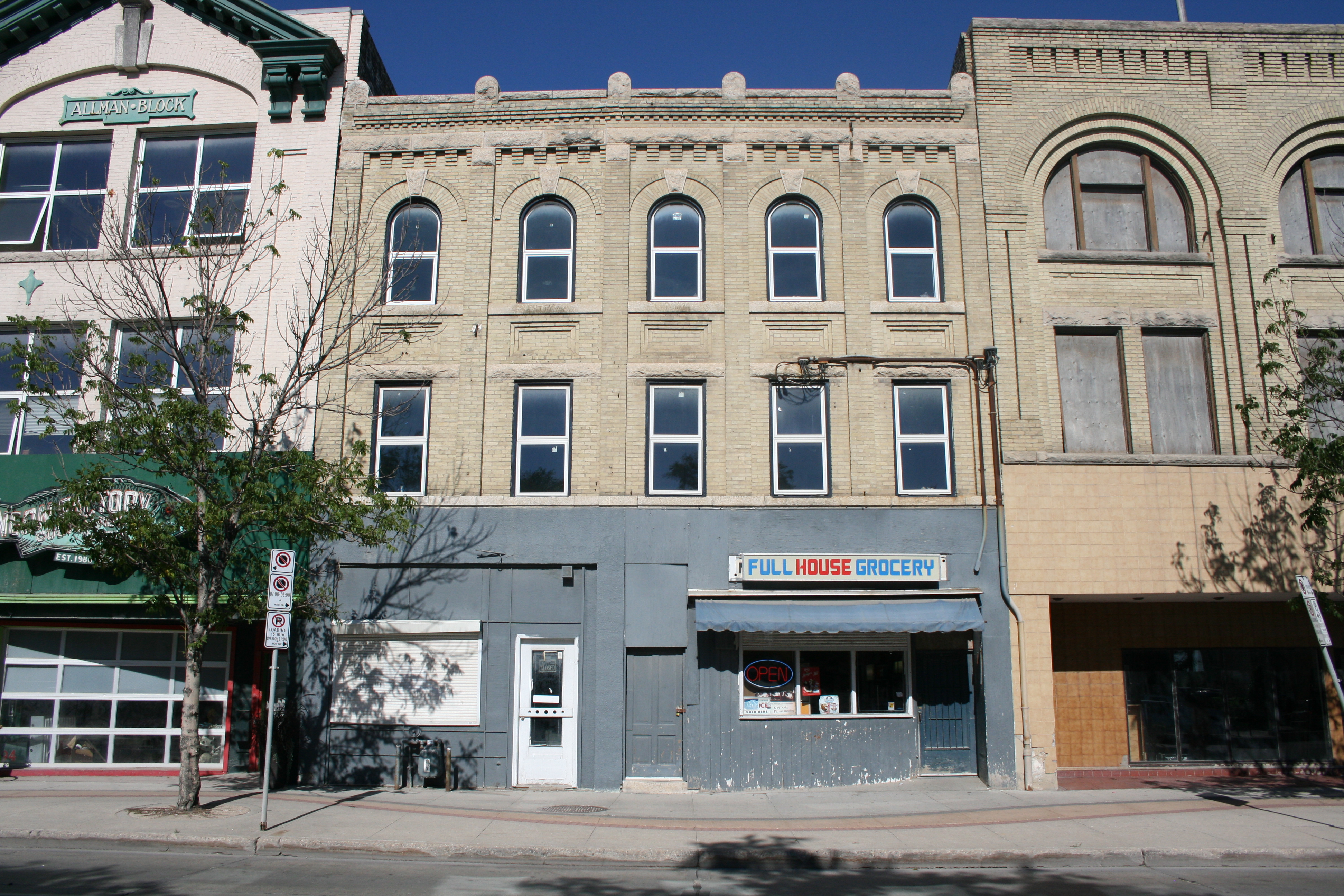 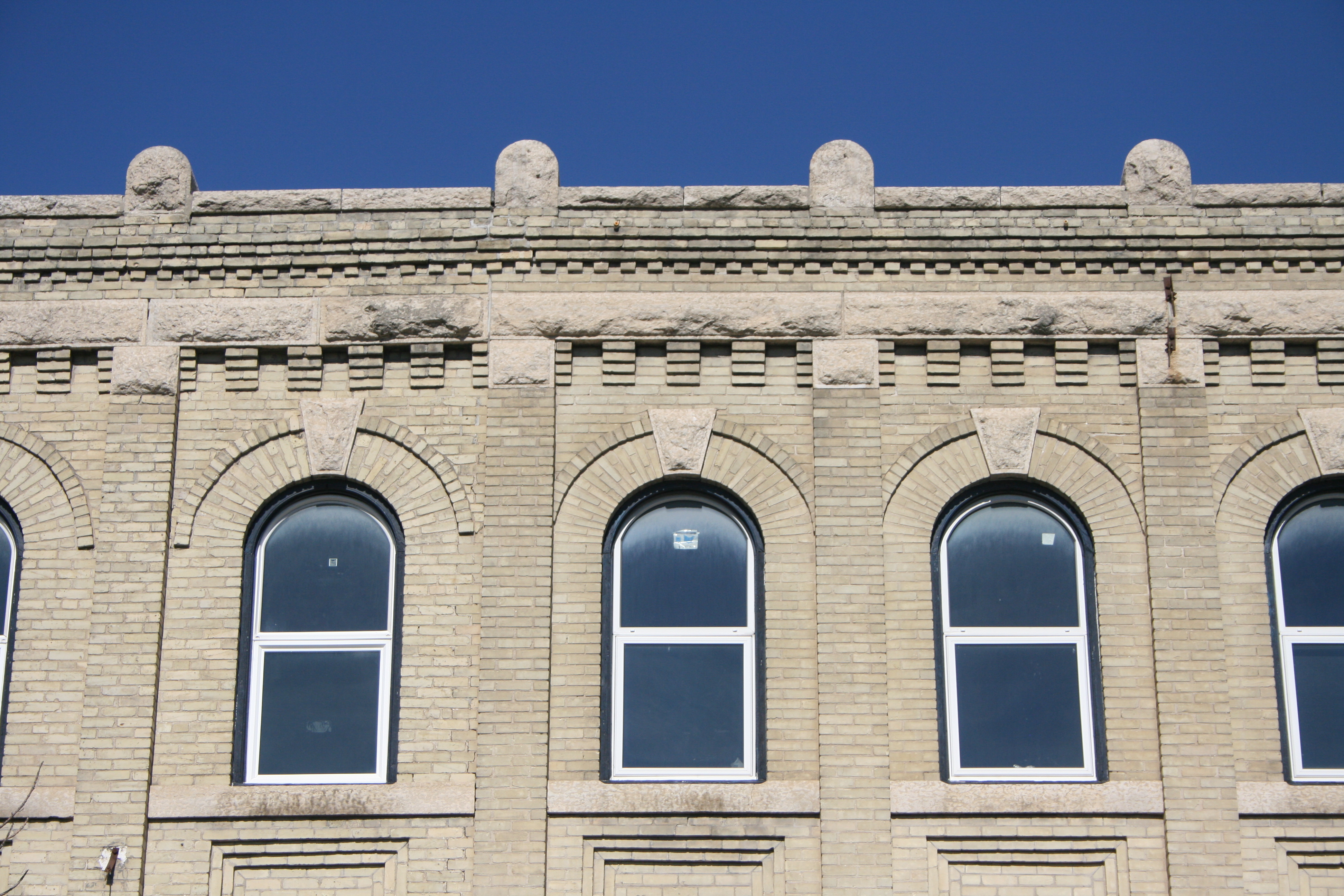 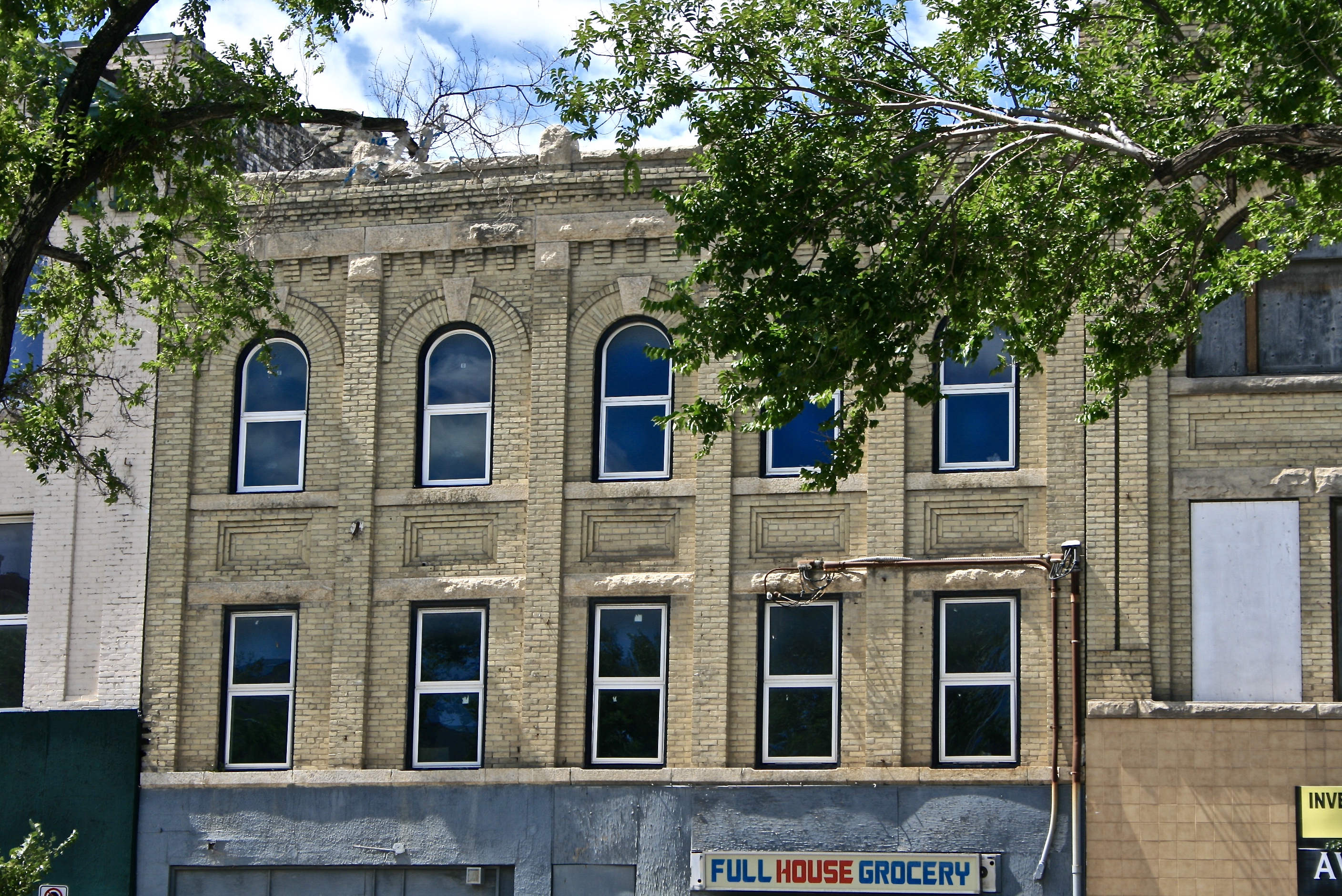 While almost identical in appearance to the original building, the southern part of the Guest Block is, in fact, an addition designed by G.W. Northwood in 1909 to expand the 1902 building by James Chisholm. The main floor facade has been significantly altered while the upper storeys retain the original brick facade with stone and brick detailing.

The Guest Block was originally used for the Northern and W.J. Guest fish companies and later housed a variety of retail stores and restaurants. From 1909 through the 1920s, both sections were occupied by the Winnipeg Candy Kitchen (later Castran’s Café) operated by James, Gus and Angelos Castran. Their business subsequently was consolidated through to the late 1950s, followed by the Golden Wheel Café and Country Girl Restaurant.