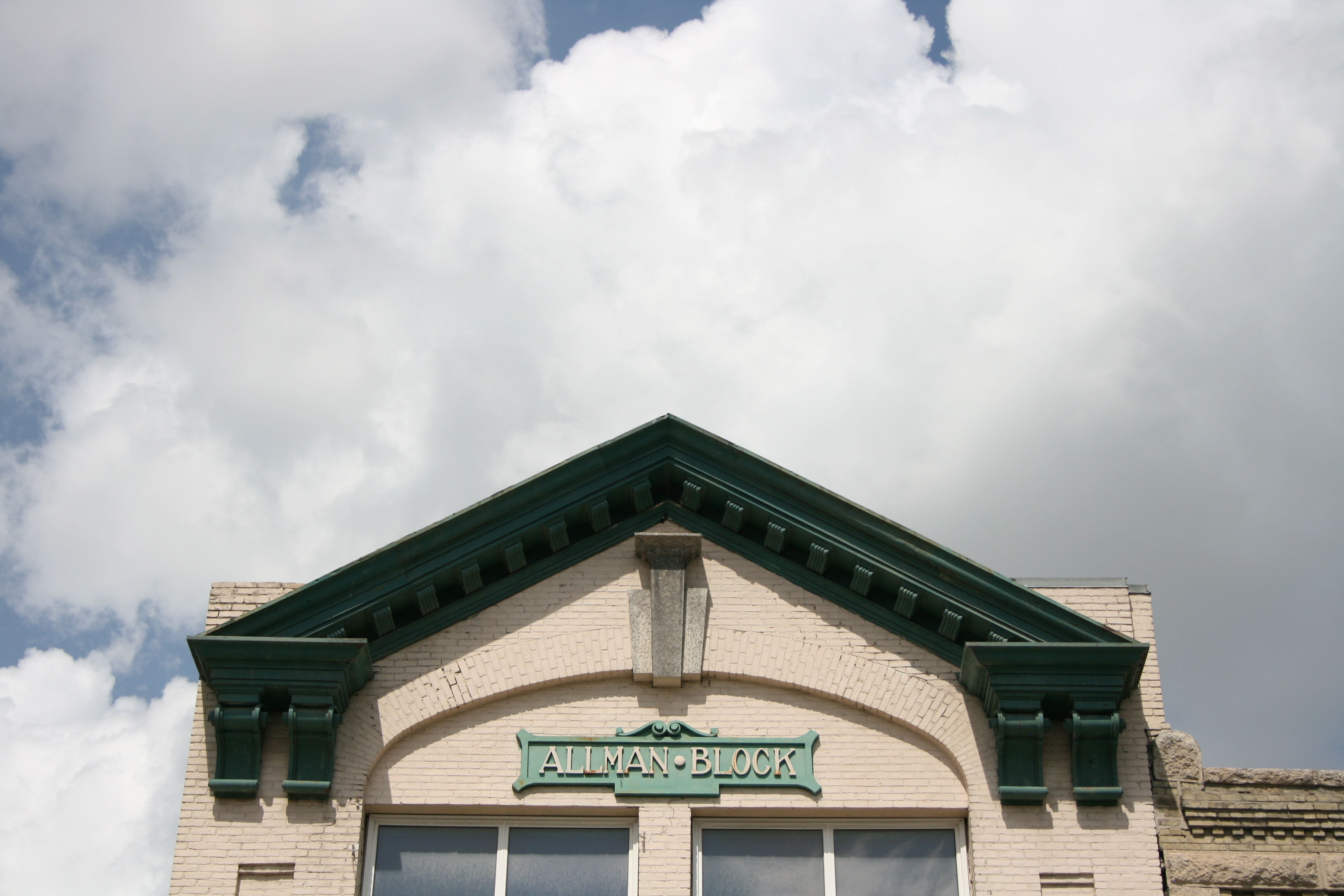 Built in 1904, according to a design by J.H.G. Russell for clothier Daniel Allman, this simple commercial structure is constructed of buff brick (now painted). The Allman Block is a good example of a two-part commercial building with classical detailing. This form dates back to Roman times when urban structures combined a ground-floor shop or business with living quarters above. It became a remarkably popular form throughout the world, reaching the height of its acceptance in North America from the 1850s to 1950s.

The main floor of the Allman Block was designed as retail space and therefore included a large central display window. Two entrance doors were found on this level when the building first opened. The southern opening led to upper offices and suites, and the northern one to the store.

The most ornamental element of the building is the classically designed cornice. To enrich an otherwise plain facade, architect J.H.G. Russell used a metal cornice with return eaves supported by painted brackets. This oversized element partially obscures the plain brick parapet that finishes the front facade.

Daniel Allman constructed the building in 1904 to house his own business, but also to take advantage of the rental investment opportunities associated with the city’s growth. He owned the building until 1924. Original tenants in the block included Shamrock Pool Rooms, solicitor Max Steinkopf, and the Swedish Canadian Colonization Company. The upper levels were sometimes used as meeting halls but beginning in the 1950s the spaces were almost exclusively for residential use. The main floor storefront has been extensively altered but the upper story still has many original features.