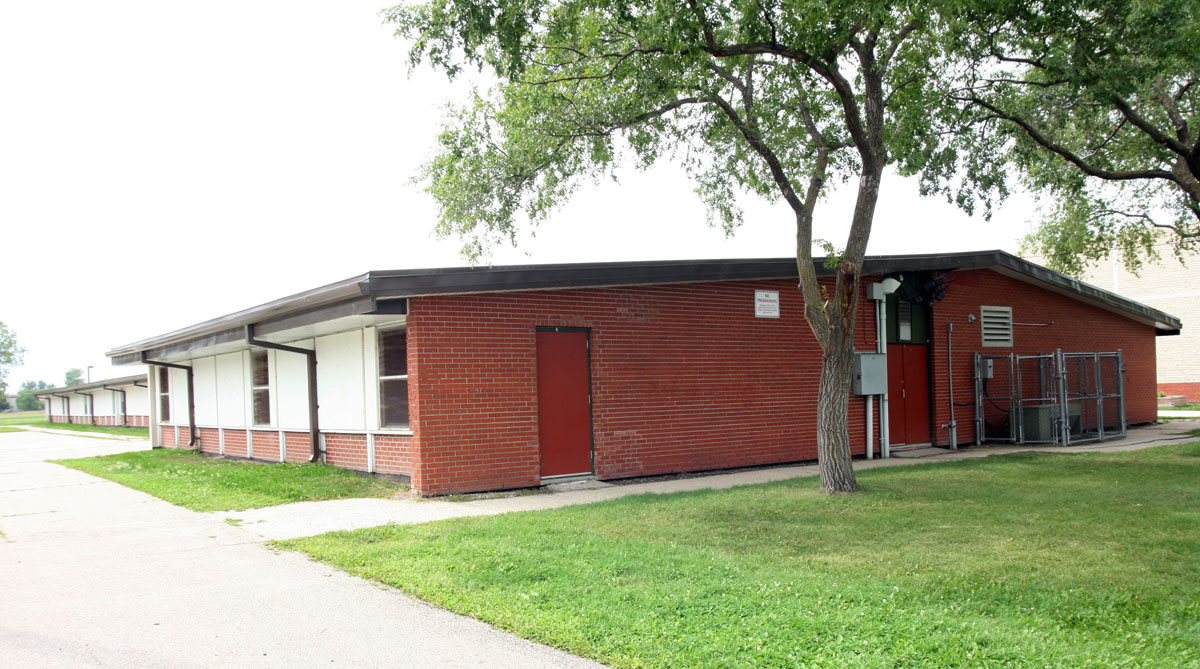 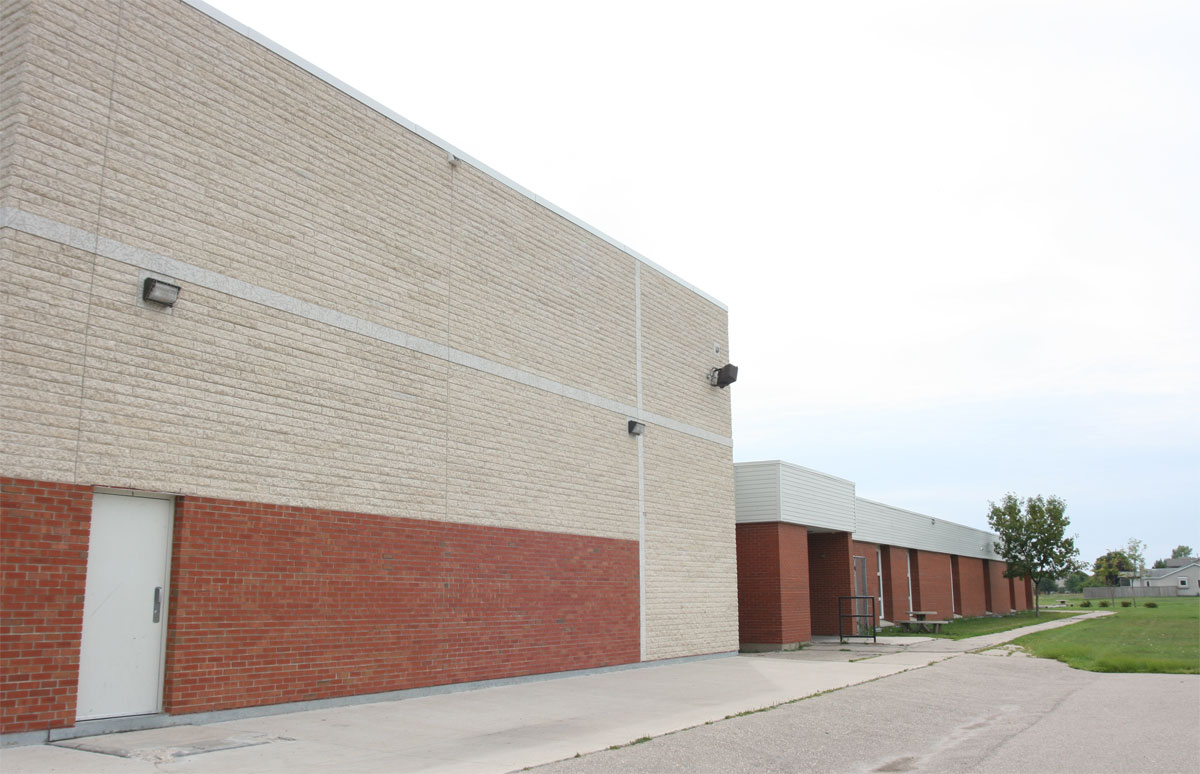 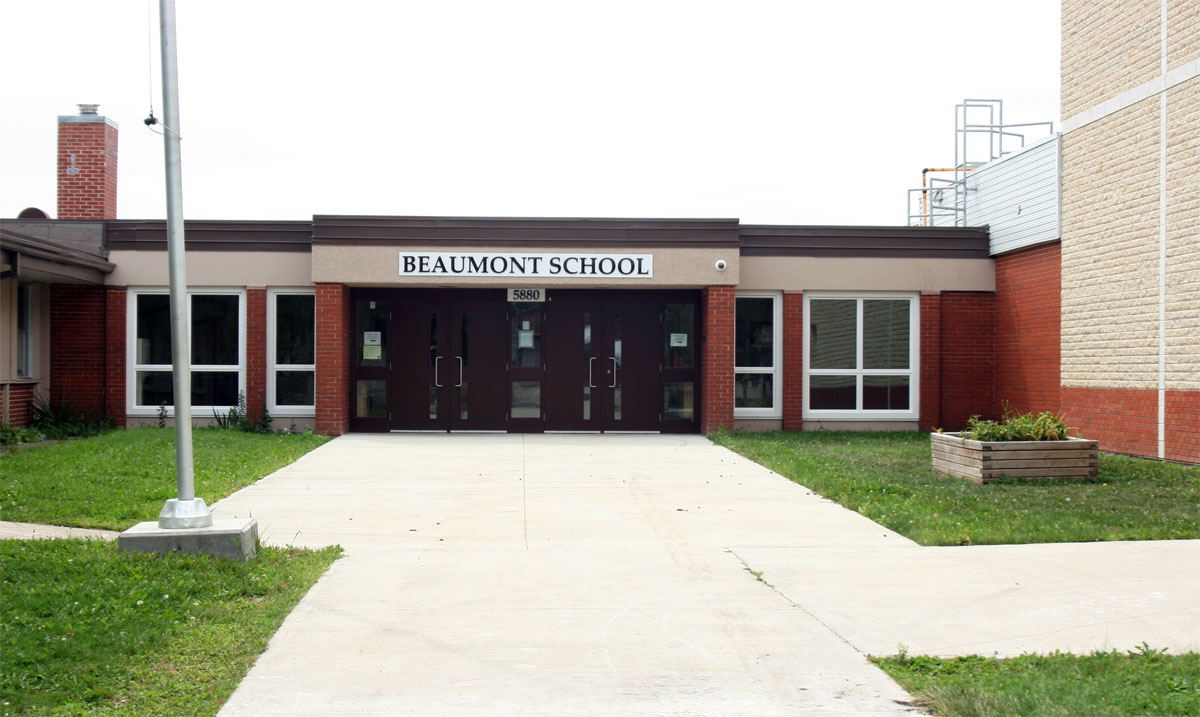 Beaumont elementary is one of the oldest schools in the district, built in 1956 for the Assiniboine South School Division. The architect of its original portion was one of the more senior firms operating at that time, Northwood Chivers and Casey.

The school's present general form is defined by two distinct sections with a link between. The 1956 portion is a long double-loaded corridor in a frame of steel with laminated wood beams and concrete block partitions under a peaked roof with generous eaves. This older part of the building featured a design with 10 skylights on the roof and large expanses of windows for each classroom. The building rests low to the ground with a shallow depth of brick-faced wall under the windows.

A 1961 addition by Roy Lev added six classrooms. A 1968 addition continues the low lines of the original block in a wing oriented for an overall H-shape, but it is in a much larger scale. A rich red brick finishes the lower portion of the walls with a broad band of pre-cast up to the flat roofline. It also rests low to the ground and has large floor-to-ceiling vertical windows. Containing a large gym, resource centre and much-needed classroom space, the new section rescued the old from obsolescence.