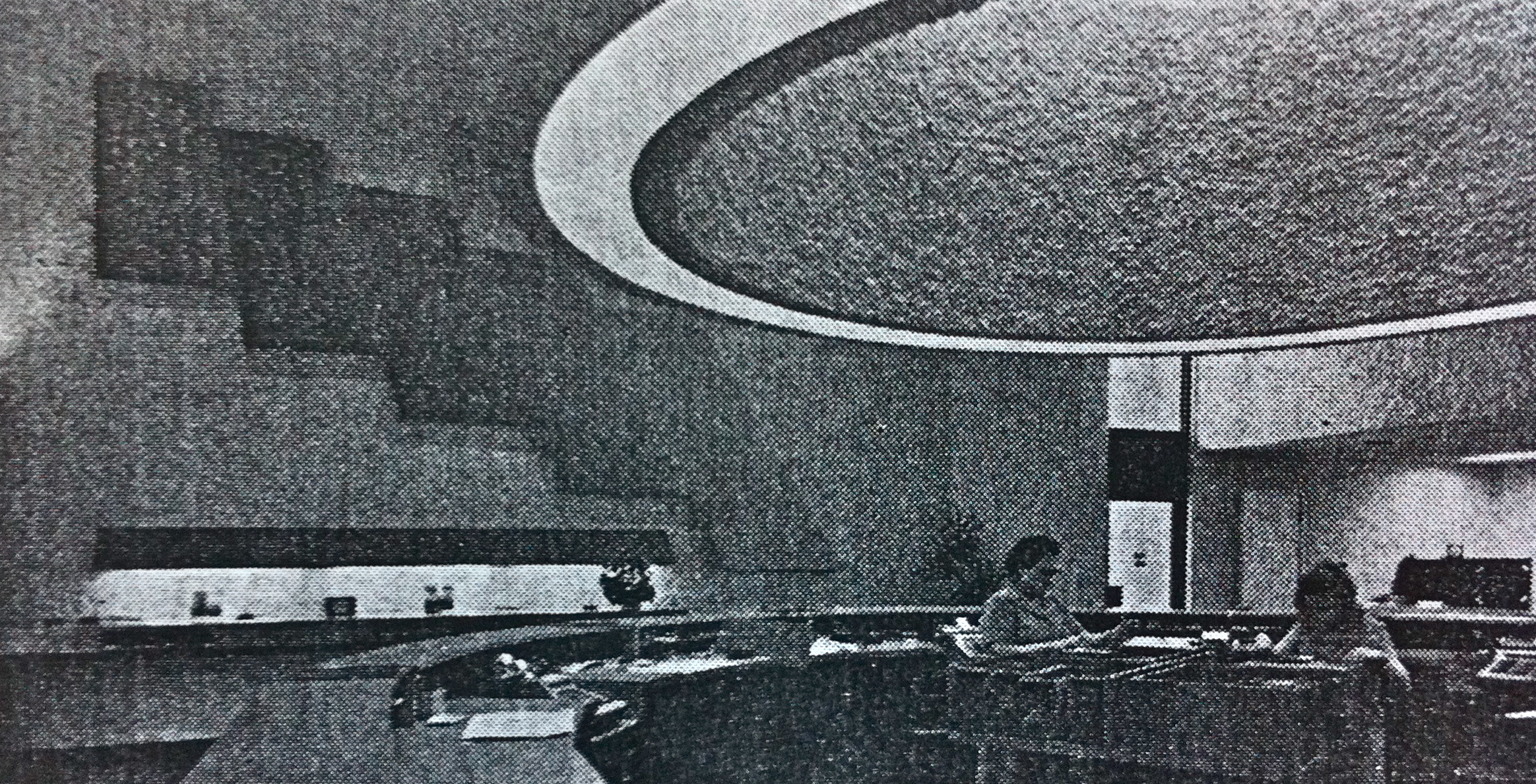 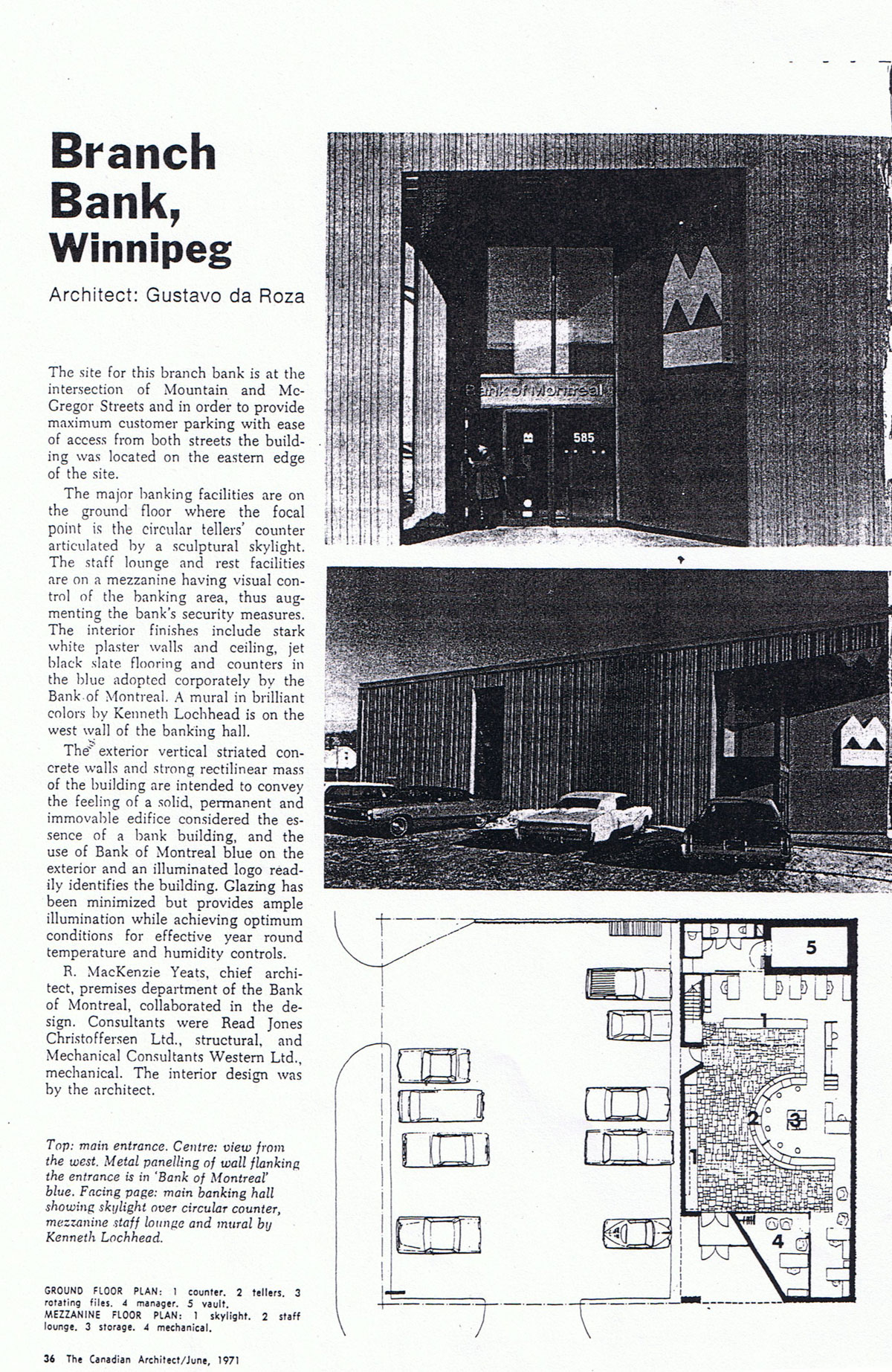 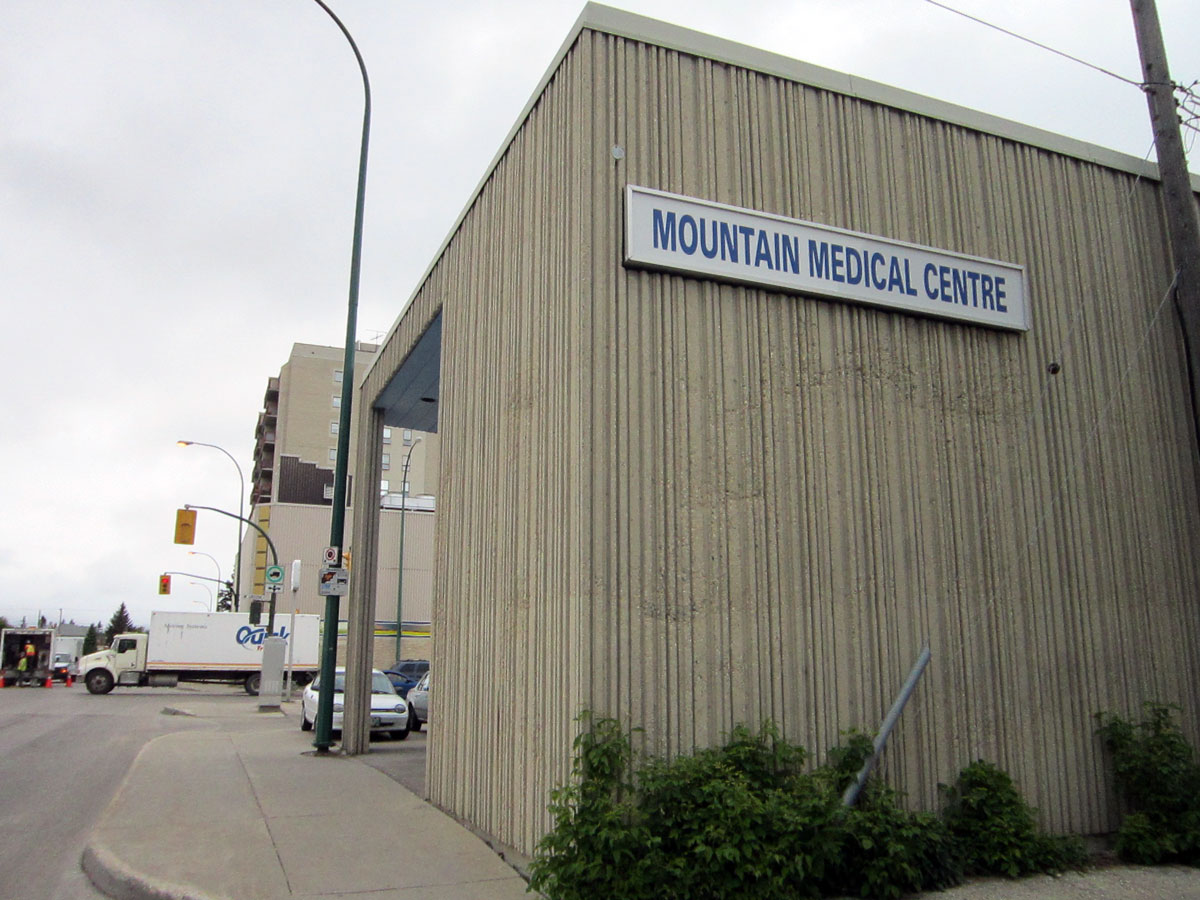 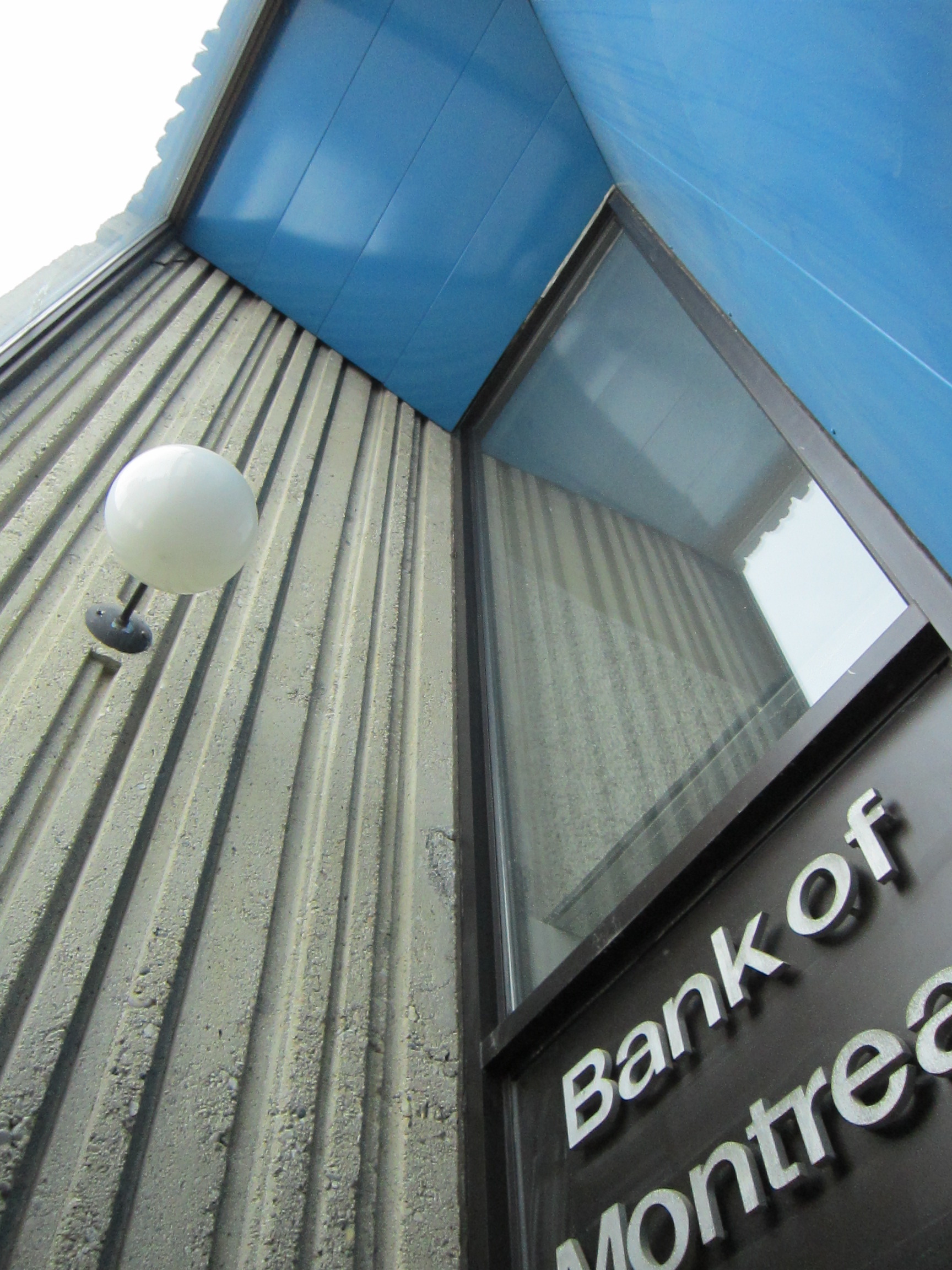 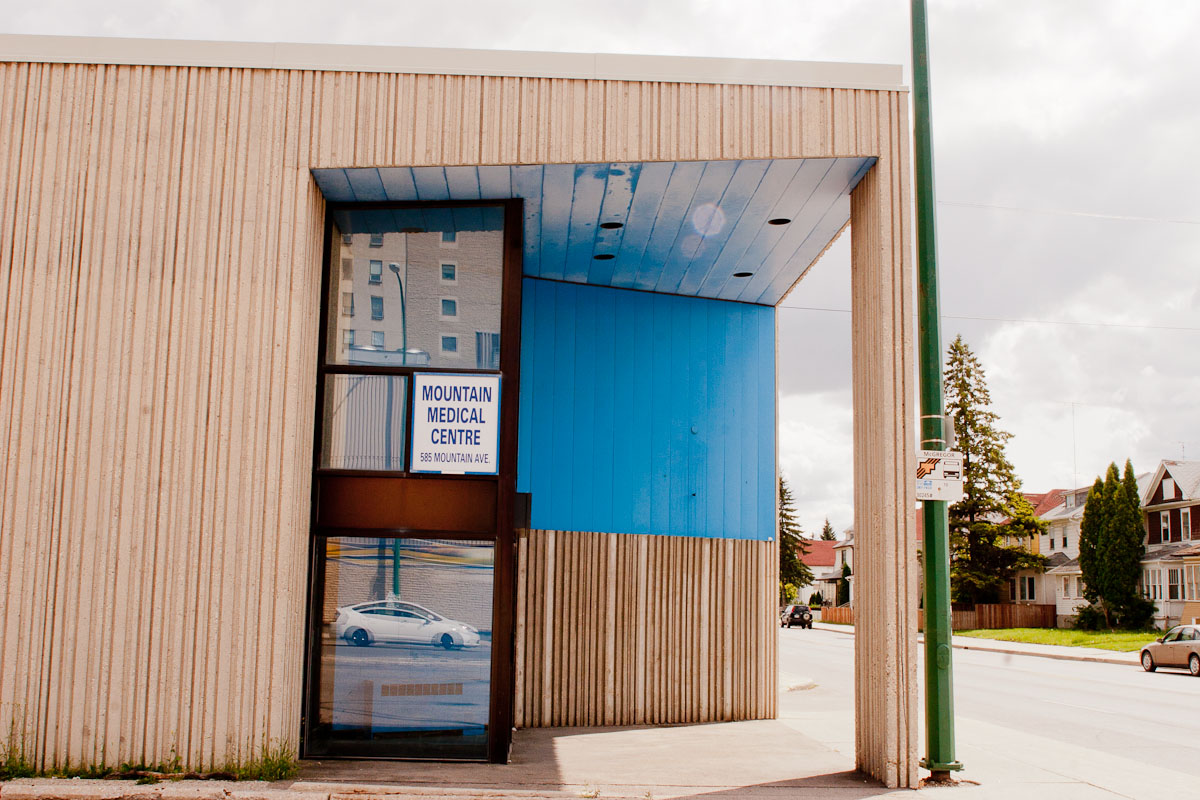 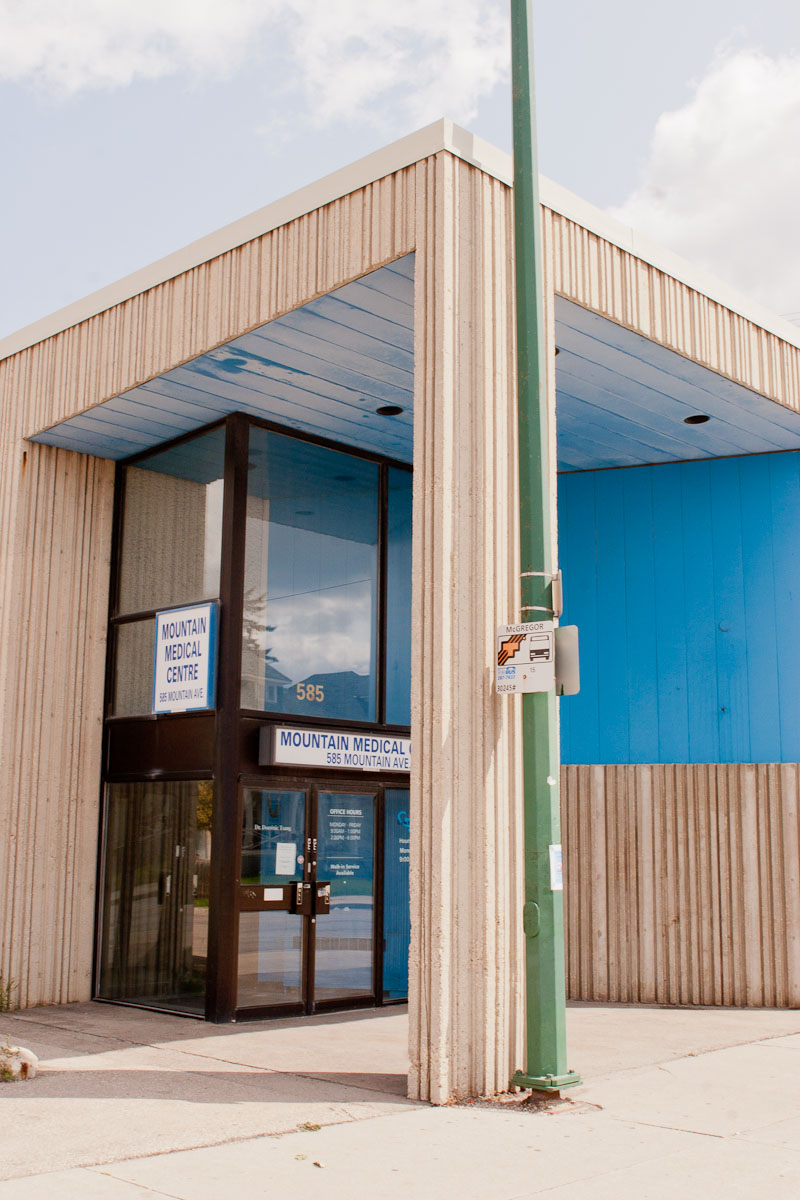 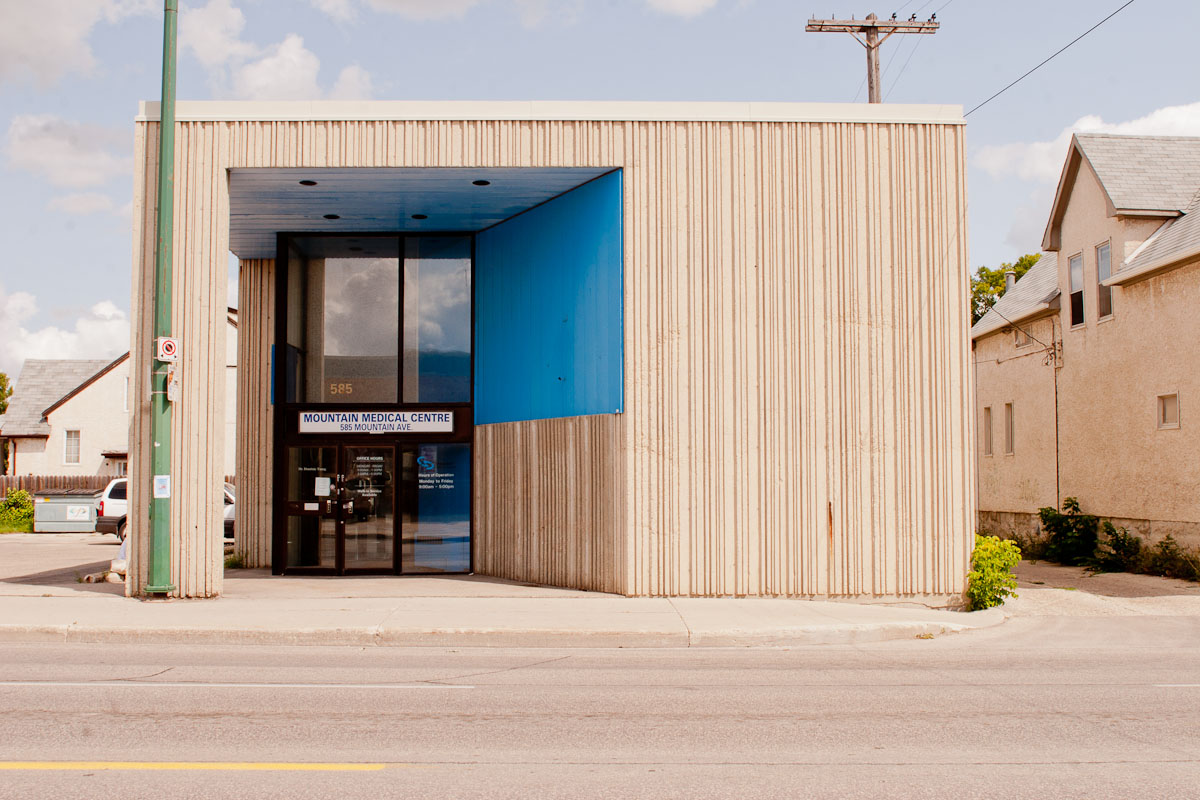 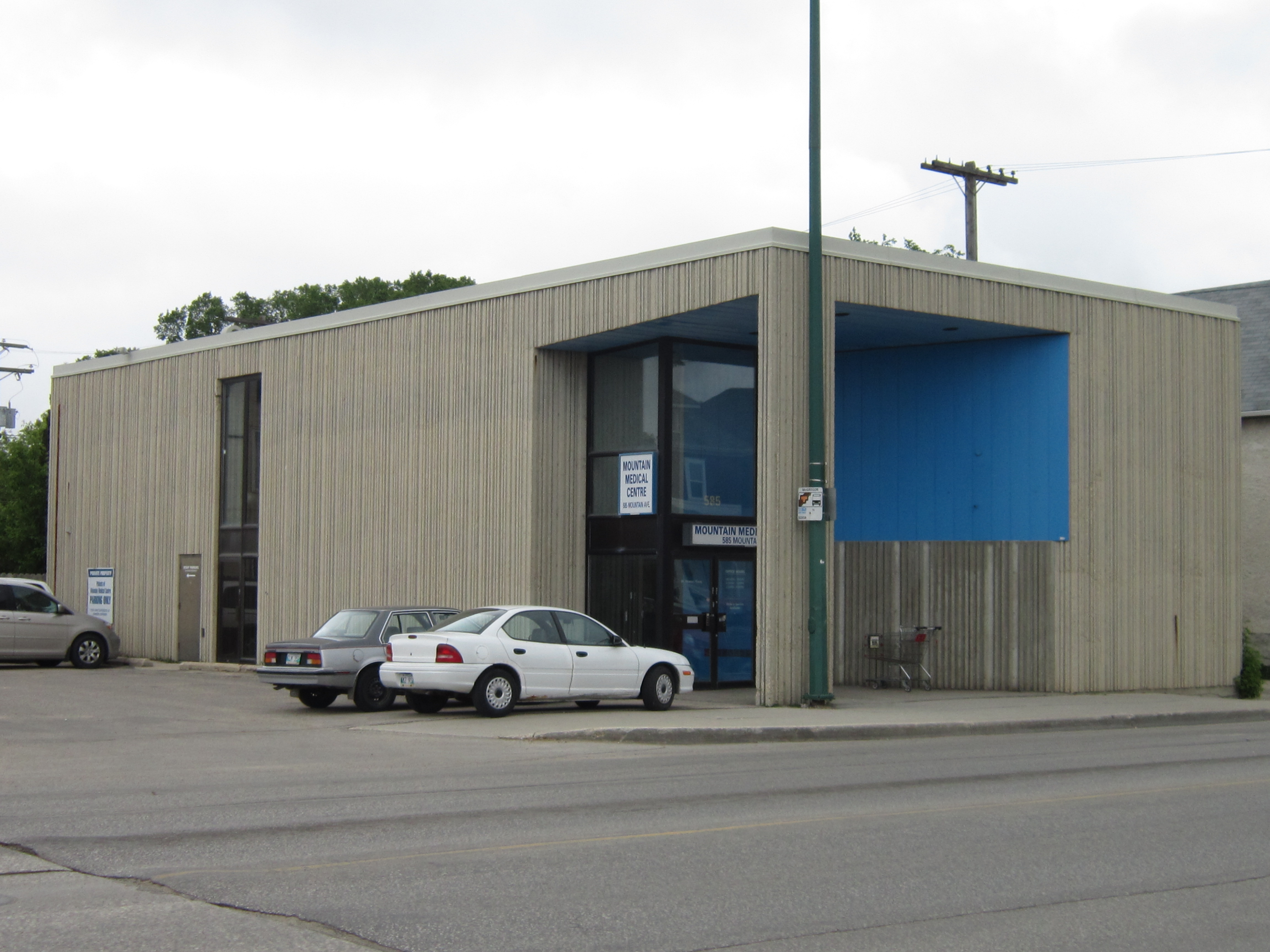 An article in the June 1971 issue of Canadian Architect stated: “The exterior vertical-striated concrete walls and strong rectilinear mass of the building were intended to convey the feeling of a solid, permanent and immovable edifice considered the essence of a bank building, and the use of the Bank of Montreal blue on the exterior and an illuminated logo readily identified the building.”

Original elements of the interior design of the building included a smoked glass foyer and brilliantly painted booths in the vault. A focal point was the centre of the bank, where a suspended sky dome accentuated the circular tellers' area and walls of wood and rough stucco finish. A rear balcony added to the bank's overall security, with the whole interior designed in such a way that a "hold-up person could never be sure that he was watching everyone at once," according to original press descriptions. A long mural by Winnipeg artist Ken Lochhead was located in the bank's interior.