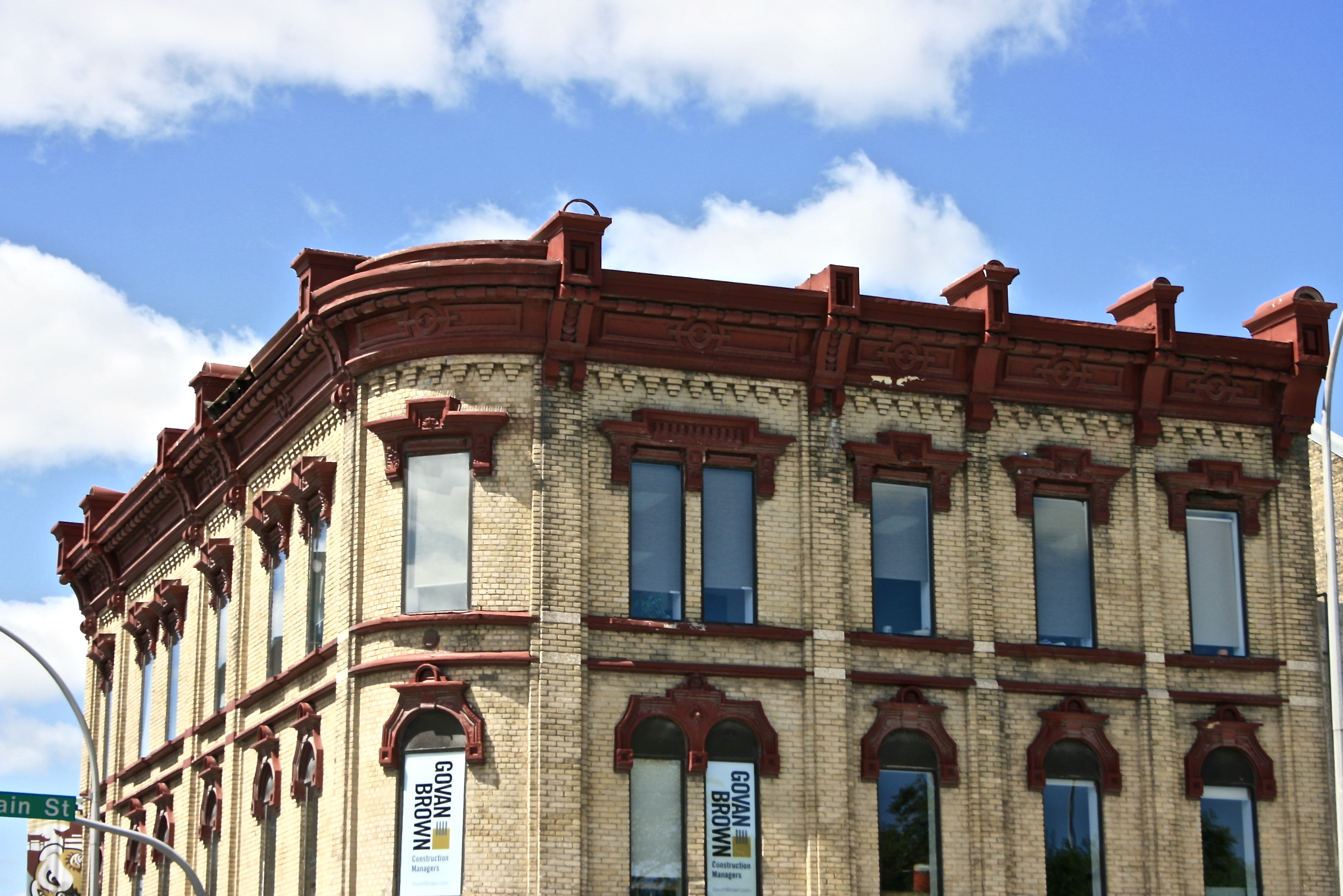 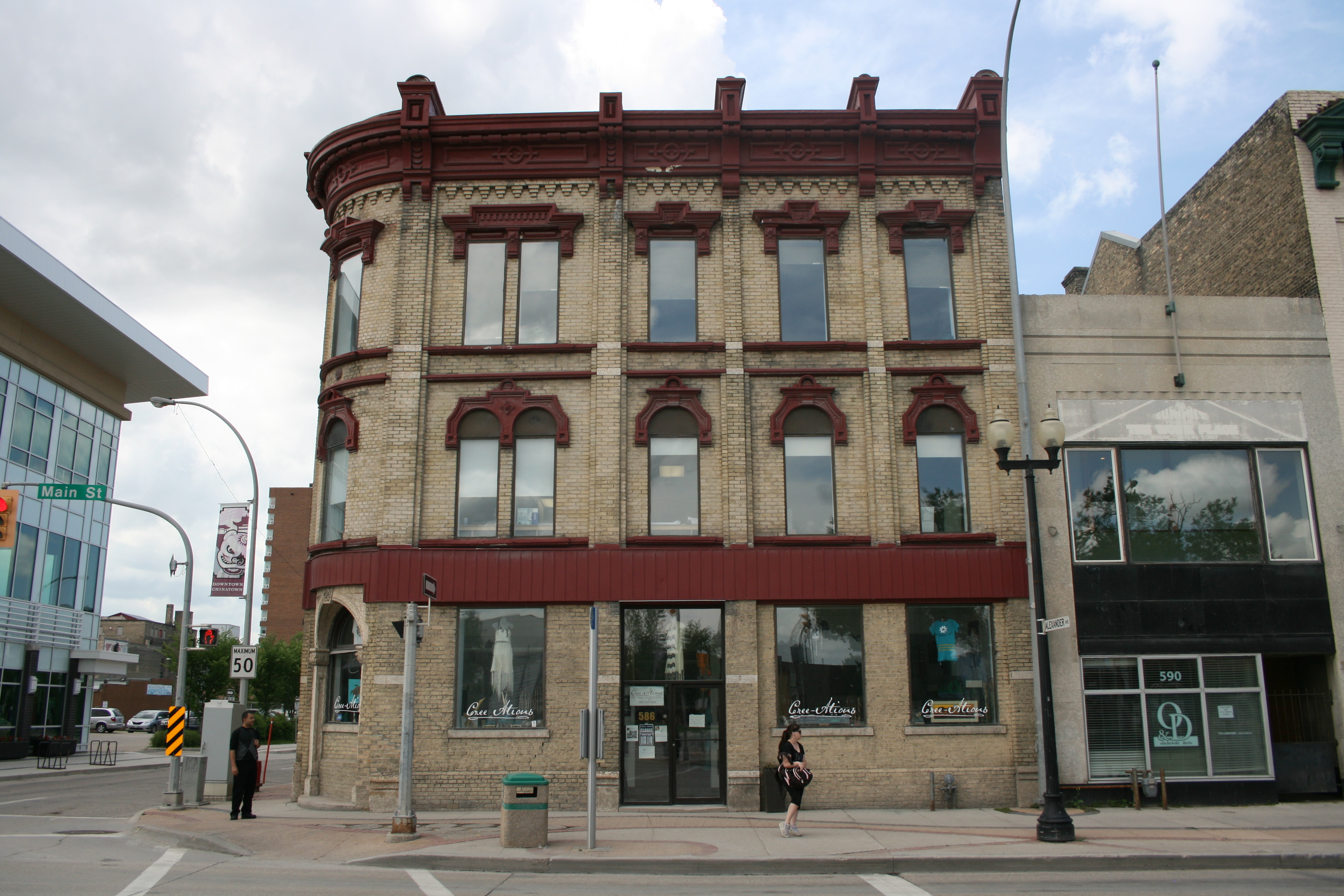 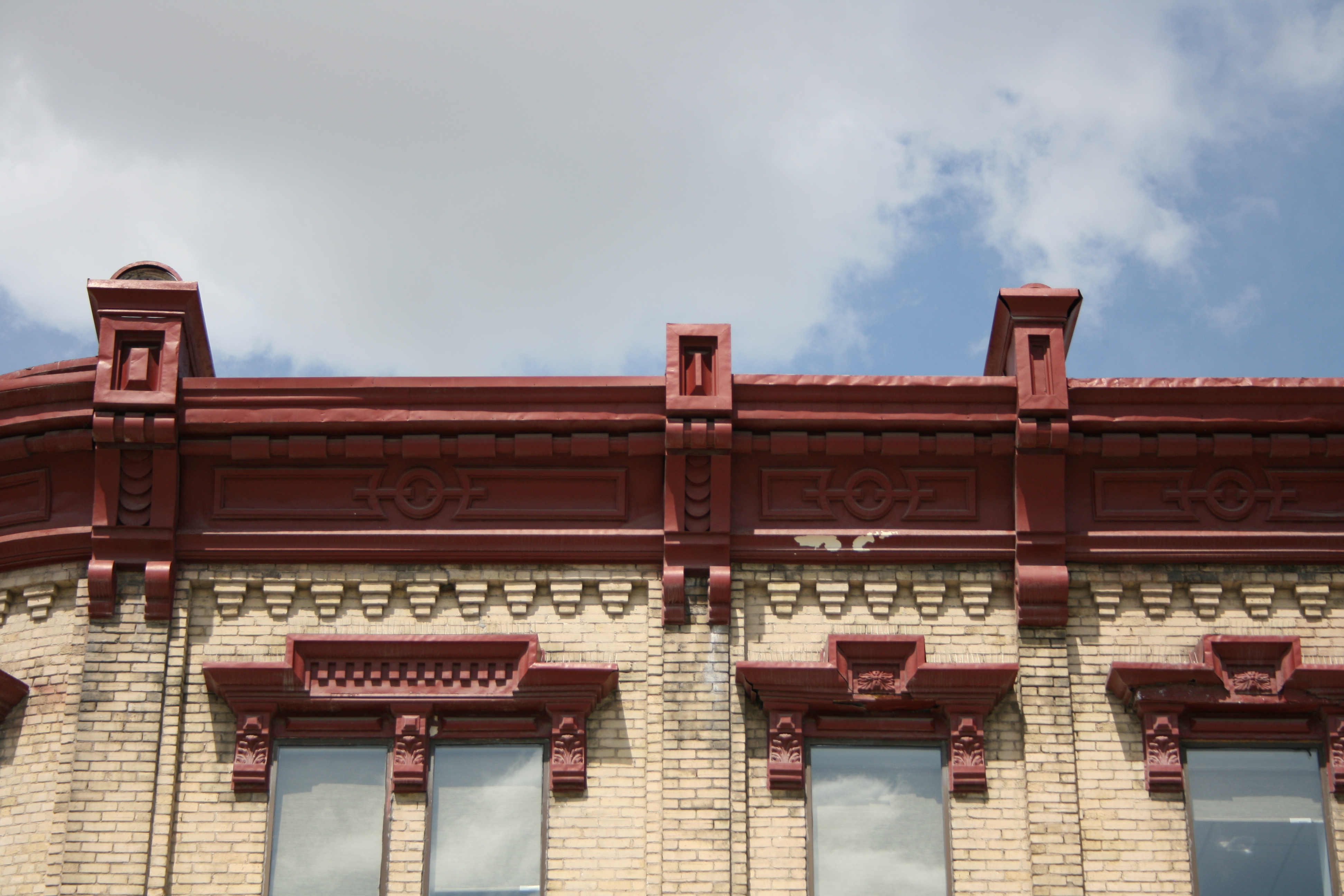 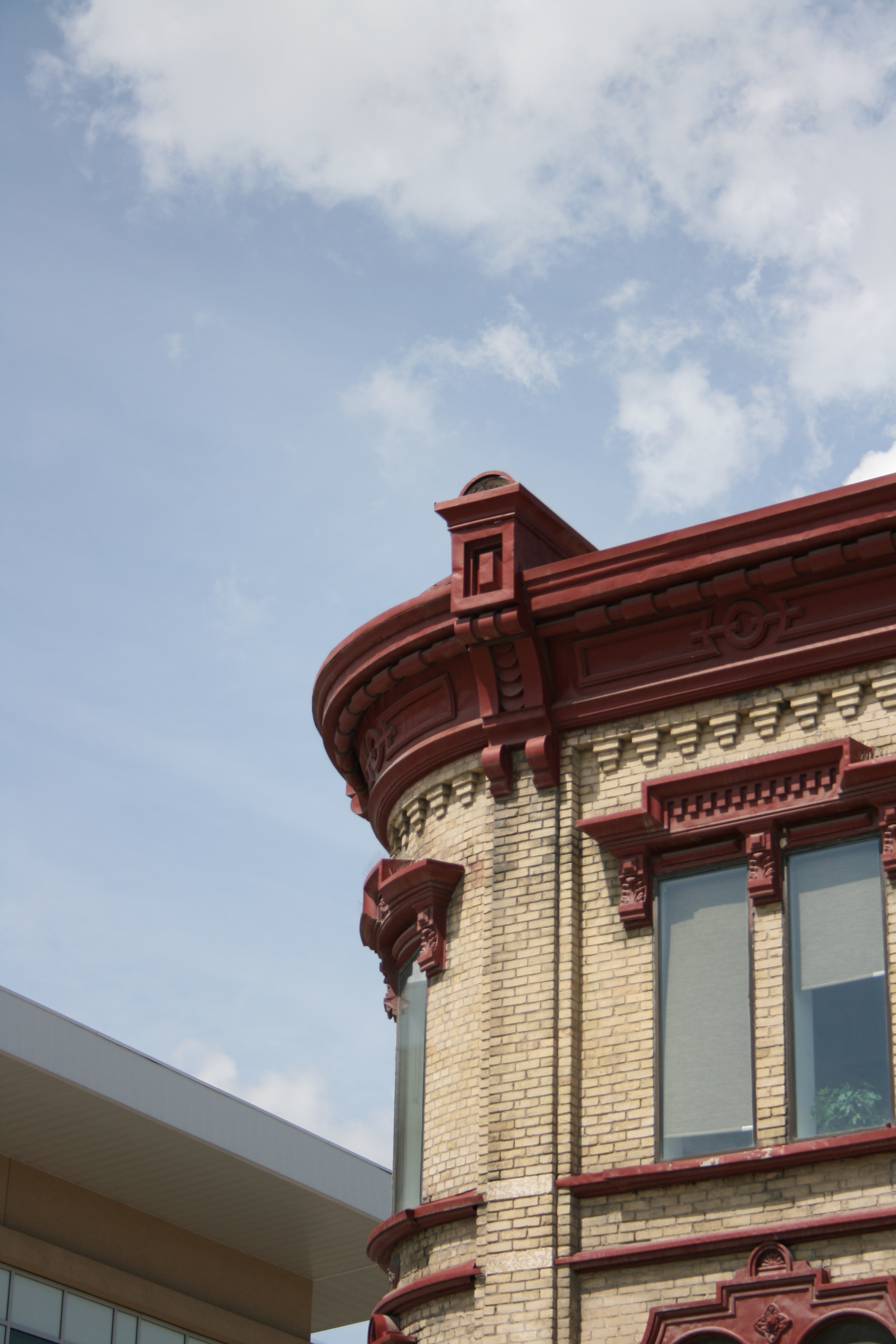 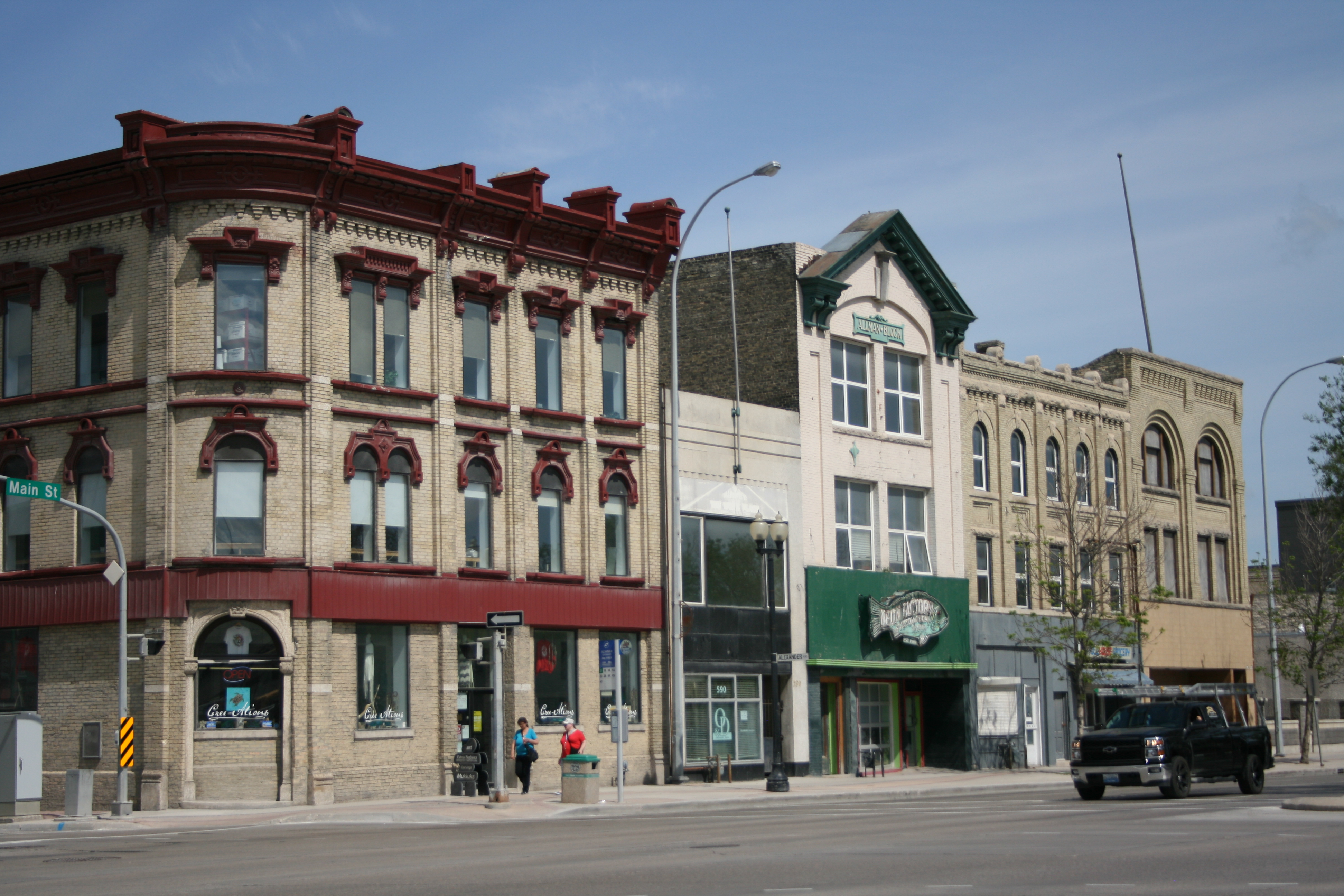 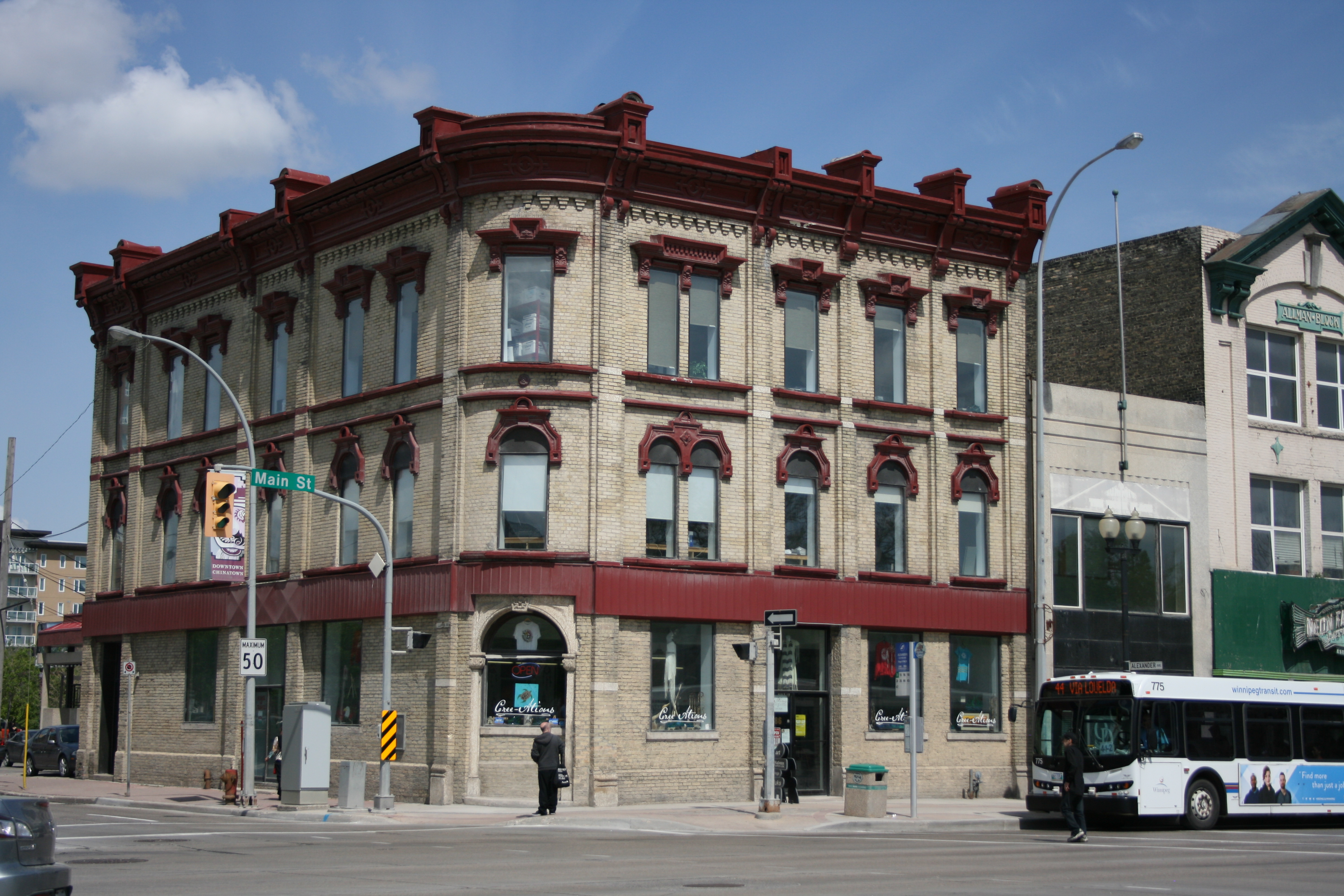 The Maycock Block was designed by architect S.F. Peters and built in 1885-86. Three storeys high, of solid buff brick construction, the building boasts an Italianate flavour with Tyndall limestone and brick detailing, an elaborate curving metal cornice, and hood mouldings. Some of the building’s symmetry has been lost through alterations, such as the relocation of its primary entrance from the original corner location.

The building takes its name from its first owners, Edward and Annie Maycock, who sold toys, china, woollens, and fancy goods from various Main Street addresses between the late 1880s and about 1904. Early tenants included Dingwall Jewellers and the YMCA. The longest tenant of the Maycock Block was the Canadian Bank of Commerce, which operated here from 1906 until the late 1970s. The firm of Darling and Pearson, among the foremost bank architects in Canada, made renovations to accommodate the bank and second-floor residential space. The same firm designed the soaring Union Bank Tower (1903-04) at 500-504 Main Street. Another addition to the bank area was designed by Victor D. Horsburgh in 1913, after Dingwall Jewellers moved to a new location.