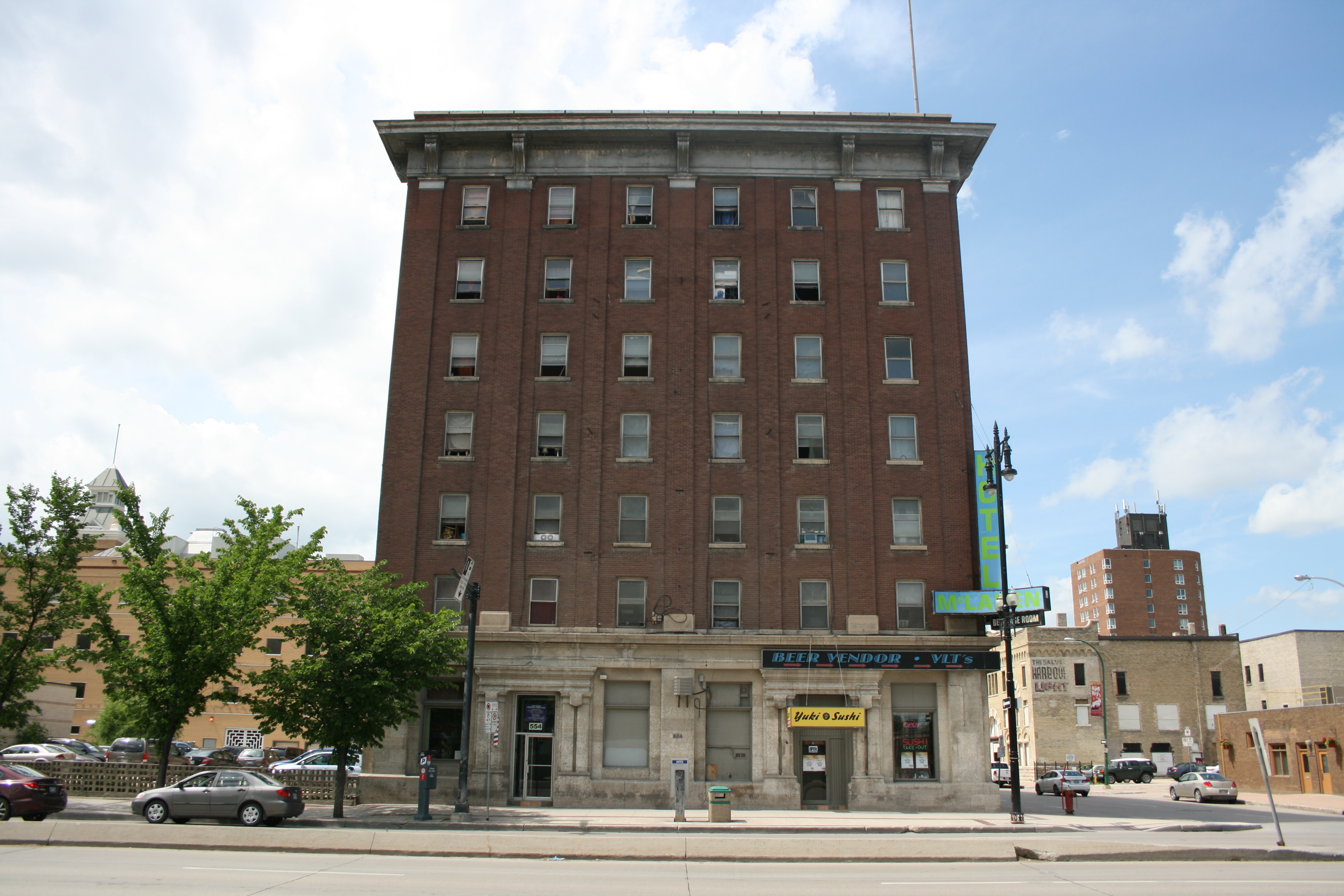 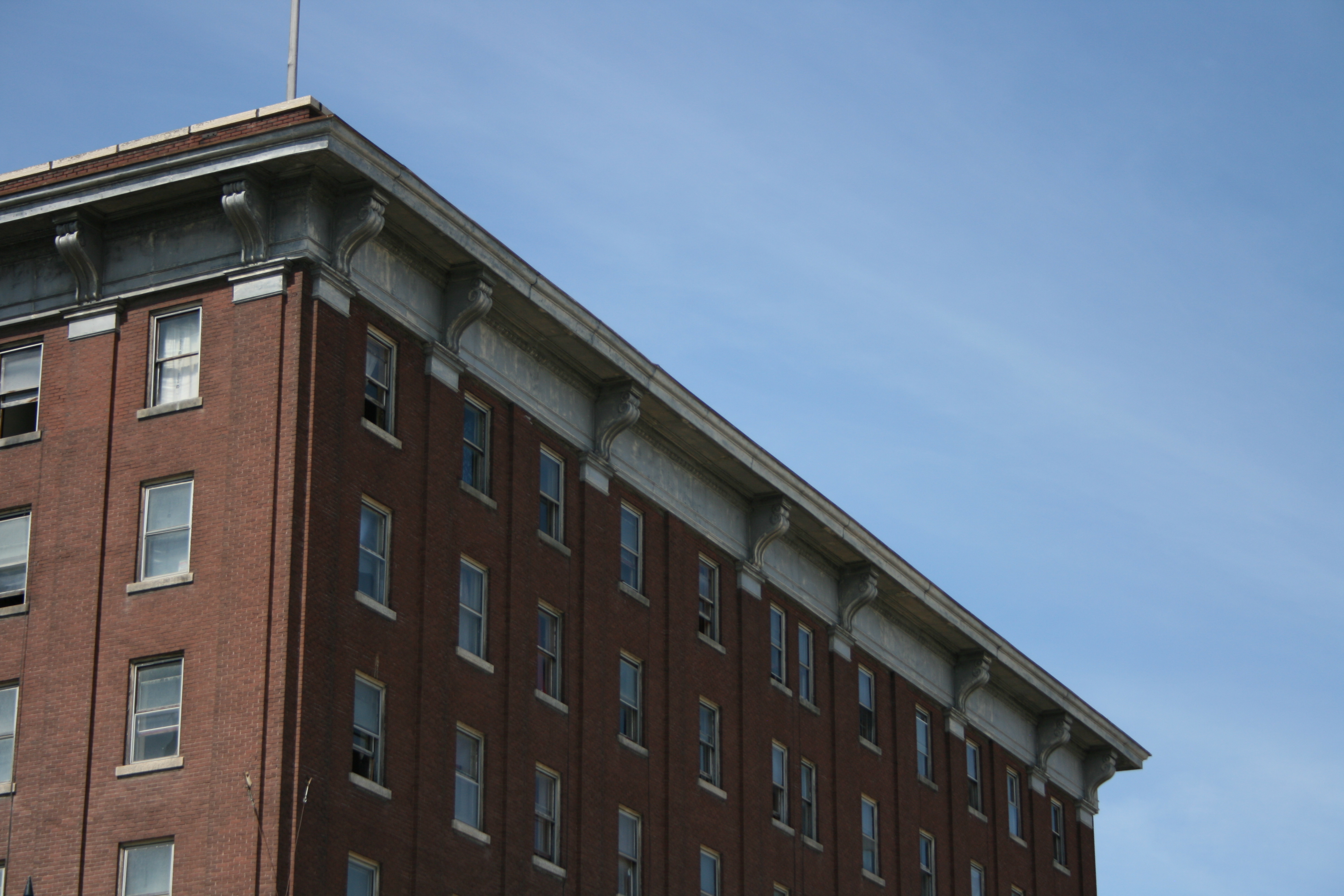 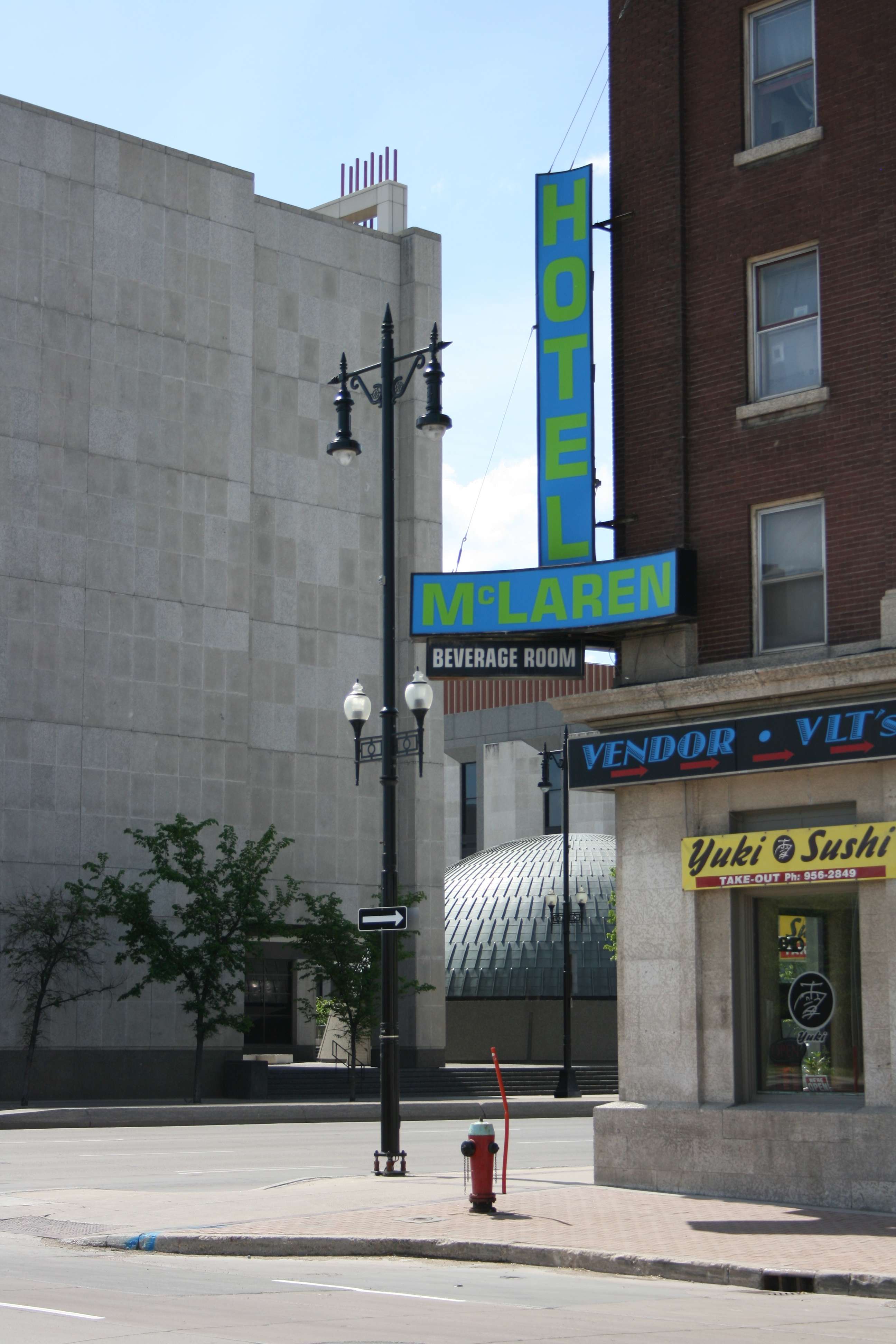 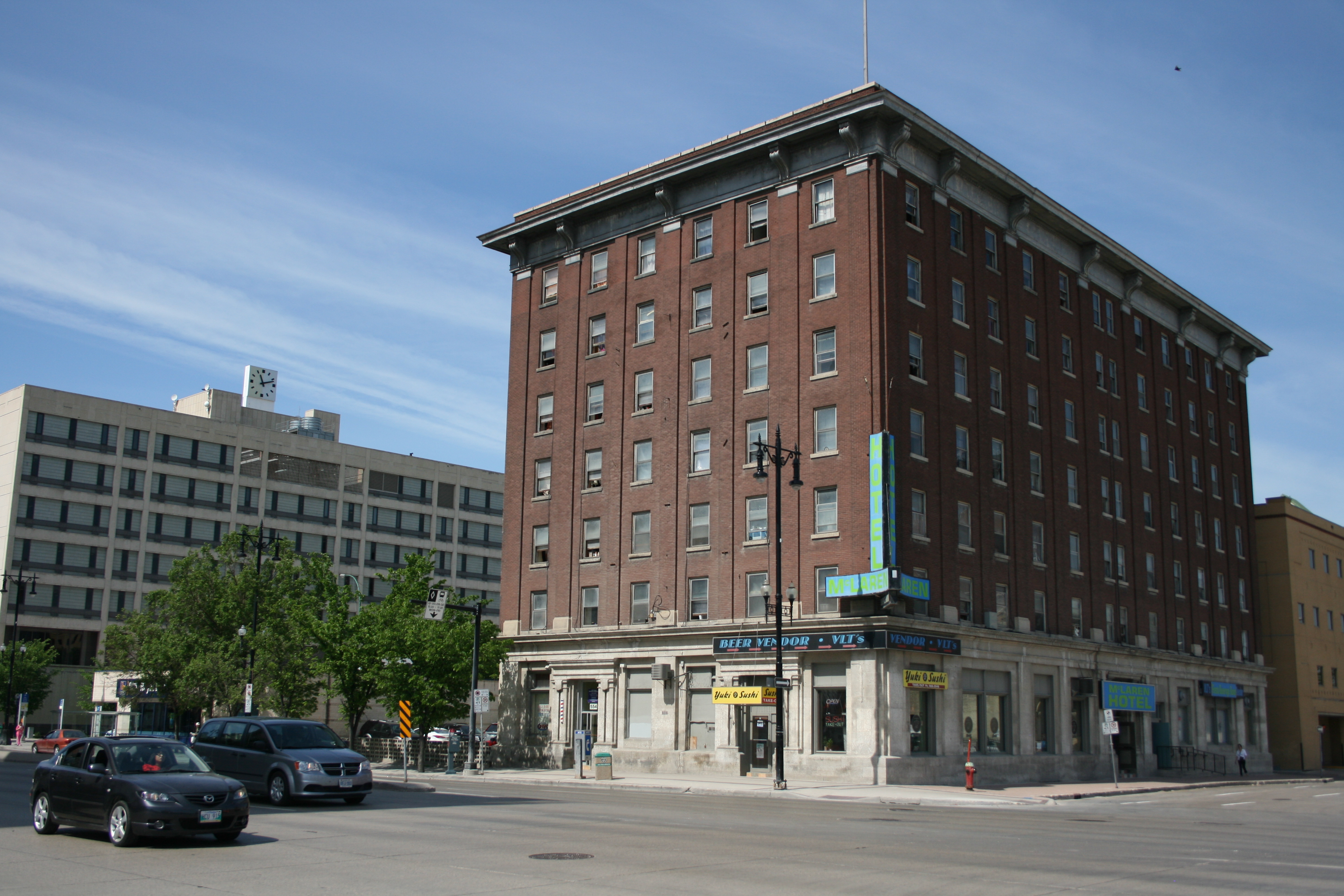 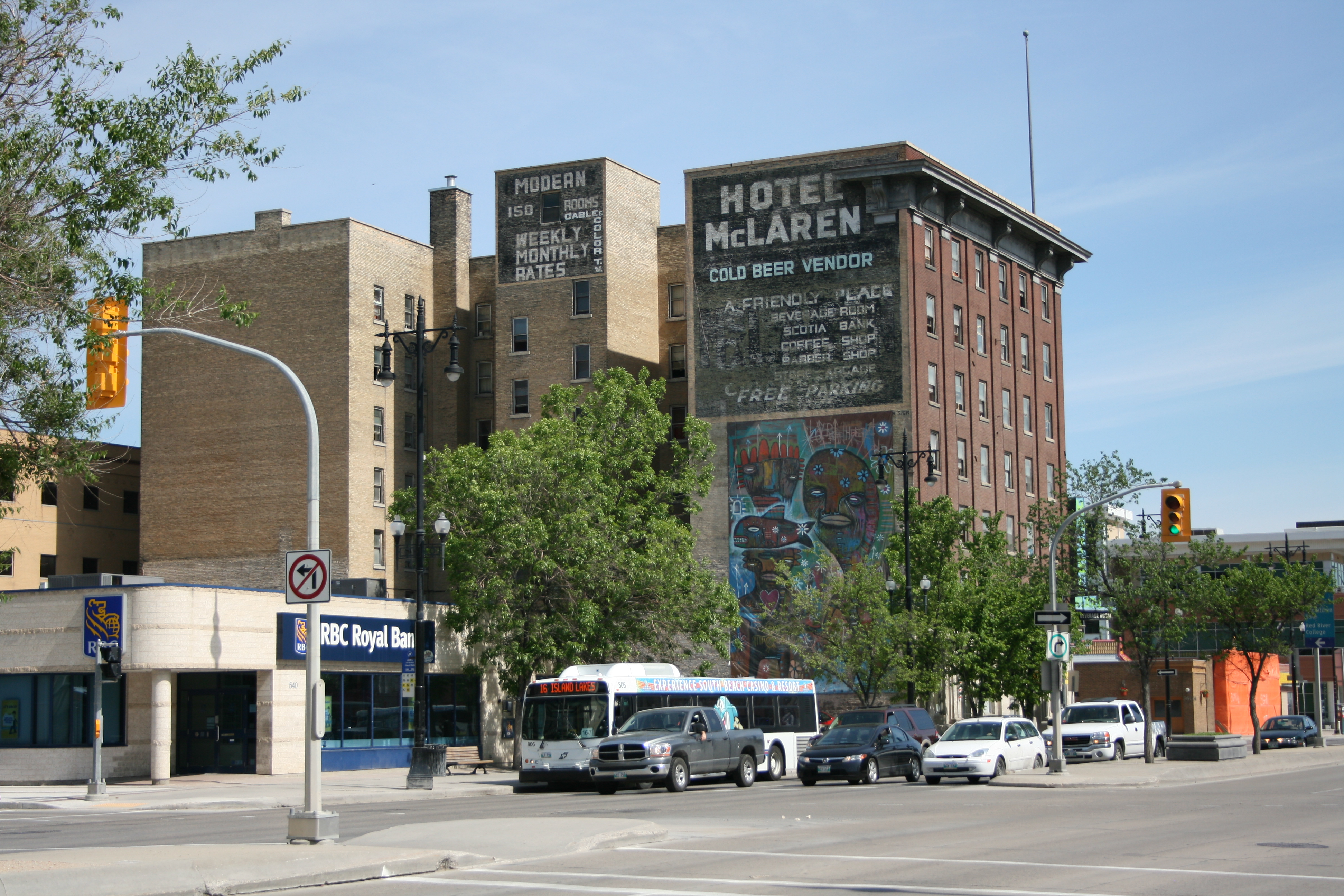 The McLaren Hotel, designed by C.J. Caldwell and built in 1910, stands at seven storeys tall. It has survived other hotels that were built on this stretch of Main Street, including the Royal Alexandra Hotel. From 1906 until 1971, the seven-storey Royal Alexandra stood at Higgins Avenue. It and several other Main Street hotels have been demolished.

The McLaren has the distinction of not only surviving many other hotels, but also of serving continuously as a hotel, with little exterior change. Both of its primary facades—north and east—are finished in red Menomenee brick with a Tyndall limestone base and a large, modestly detailed metal-bracketed cornice, all supported by a reinforced concrete structure. The mural on the side of the building was painted by Jesse Reno as part of Mural Festival 2007. It was inspired by Indigenous culture and uses a variety of symbolism to encourage personal and societal growth.

The building takes the name of its first owners, McLaren brothers Archibald, Alexander Stewart and John Angus. They were members of an Ontario family of experienced hoteliers that entered the trade in Winnipeg in the late 1870s and subsequently managed the Brunswick, Strathcona, and Empire Hotels on Main Street.