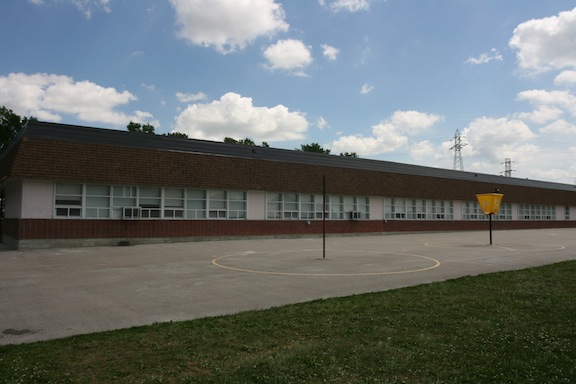 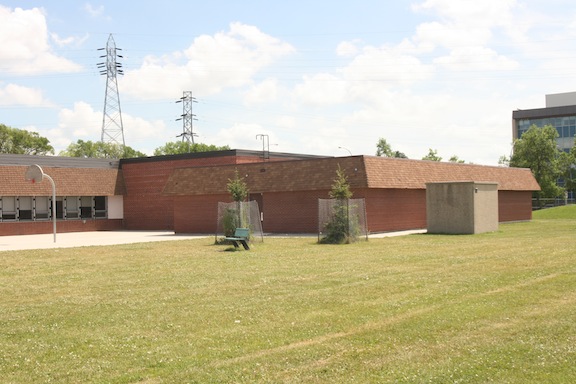 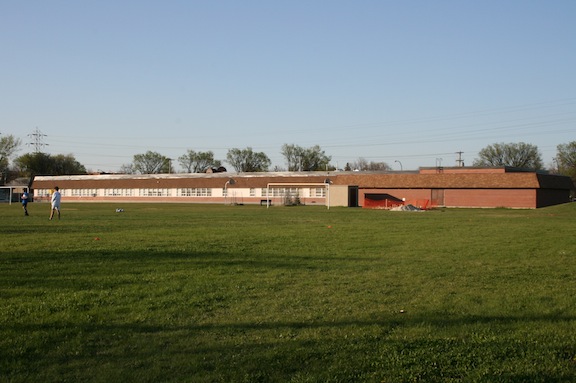 In the shadow of another famous Moody Moore design, the Manitoba Hydro Building on Taylor Avenue (1958), Harrow School expresses modern design in a modest elementary school.

The school has undergone some unfortunate modifications from its original design, most obviously the addition of a mansard roof, presumably in the late 1960s when they were popular. The school is mainly rectangular in plan, reaching long down its street with classrooms on either side and the administration and support spaces on the east end, with a gym added on the southwest corner. The west elevation shows less alteration in the walls so the strip windows are better revealed; red brick is used here for the lower walls as well as in the entrance bay, gym wing and end walls.

A large yard on the west side is shared with City Recreation programs and there is a play structure in the southeast corner.