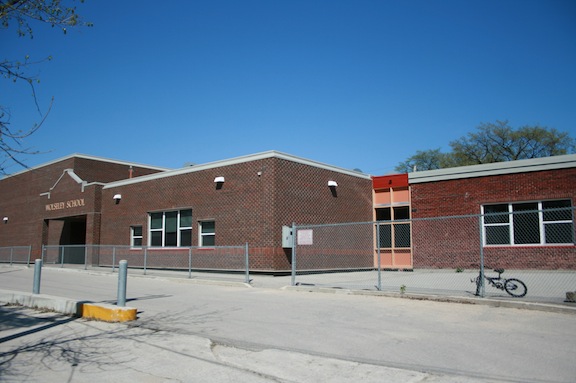 This school was included in the study for two reasons, firstly it illustrates what style informed much of the plan for the 1950s school construction in the division, if not the detailing, and secondly, it is an example of the successful adaptation and evolution of a school over a period of decades while maintaining a respectful appreciation of the building's history.

Wolseley elementary school, named in honour of British military commander Garnet Wolseley (1822-1913) who led the Red River Expedition to to confront the Rebelling Metis of the then Red River Colony (later Manitoba) in 1870, opened in 1921; it is a charming design, as low and spreading as any 1950s school but with period decoration in brick and stone pegs it to its era.